A luxurious new 36-storey condominium could soon be rising from the ashes of an extended-stay hotel on Jarvis Street, just south of Gerrard Street East.

Minto Communities Inc. is seeking permission from the city to tear down and replace the Inglewood Arms Hotel — a three-story long-term lodging facility at 295 Jarvis Street.

Unlike the Palace Arms and Waverly Hotel — two other low income, long-term rental buildings recently slated for redevelopment — there's not a whole lot of information readily available about the Inglewood, save for reports of a 1985 murder and some serial arson activity. 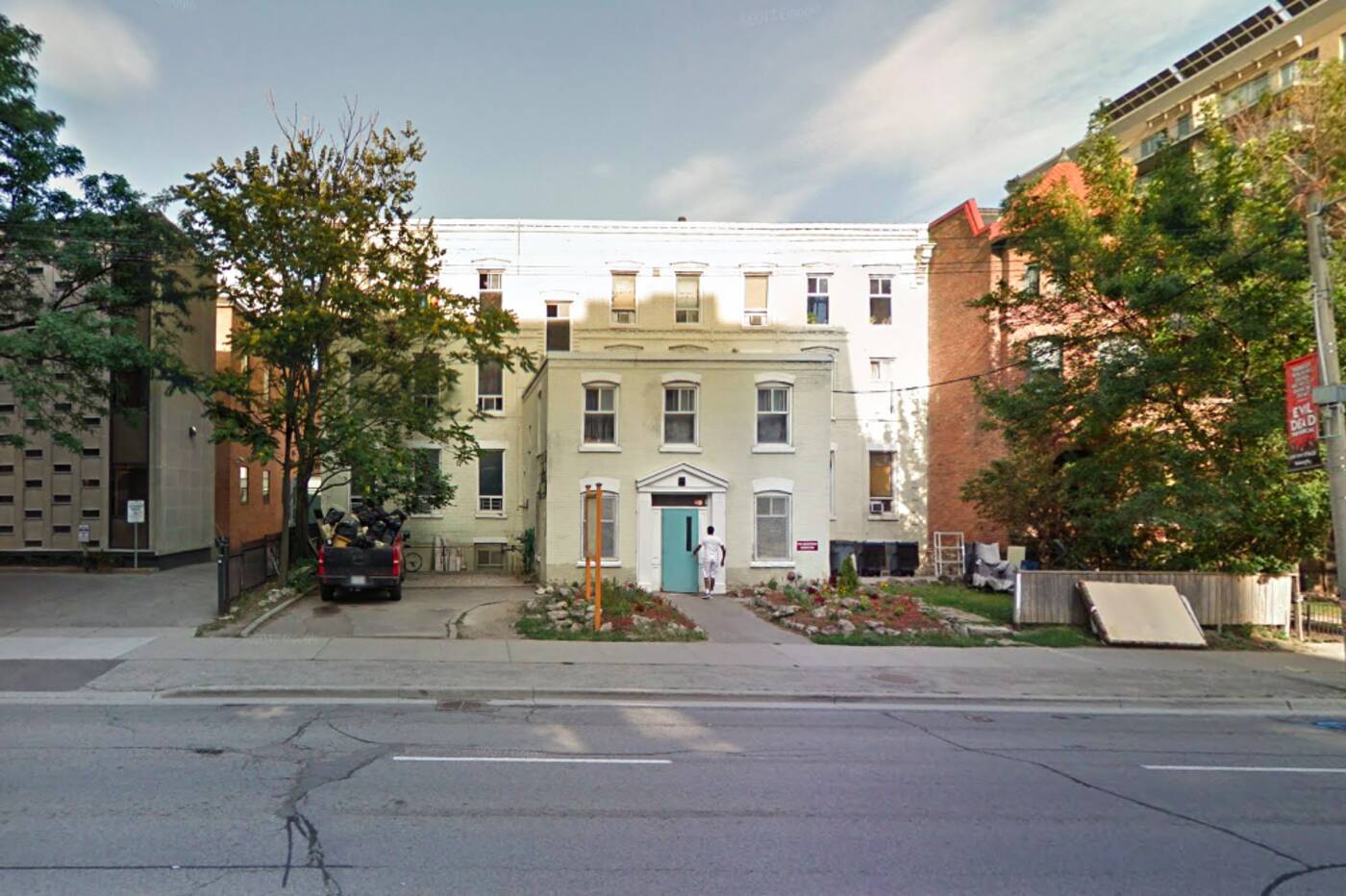 The building that is now the Inglewood Arms Hotel on Jarvis Street was built in the early 20th century, according to documents submitted to the City of Toronto. Image via Google Maps.

A housing issues report indicates that the building currently consists of 95 private rooms, 28 of them with private bathrooms. It has a rooming house license from the City of Toronto and is said to operate "almost entirely on a walk-in basis."

If all goes well for developers, they will proceed with a tower containing 352 units: 14 studios, 224 one-bedrooms, 97 two-bedrooms and 16 three-bedrooms.

When finished, they hope that the building will add additional liveliness and vibrancy to the historic Garden District. 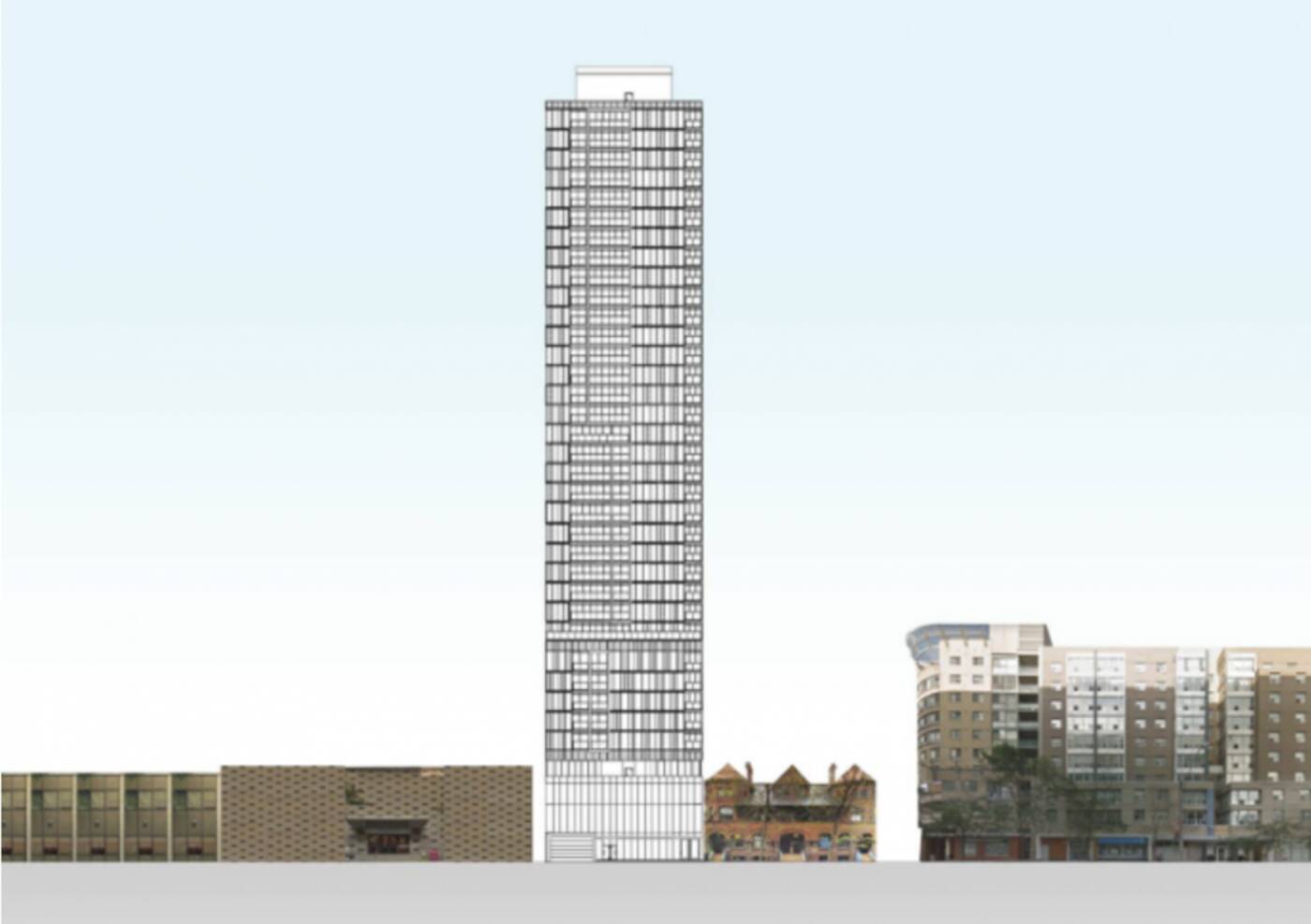 With 36 storeys, the proposed condo tower at 295 Jarvis will be significantly higher than anything else in the immediate area. Image via CORE Architects/City of Toronto submission.

The Inglewood is not listed in the City of Toronto's Heritage Register, but one property adjacent to it is: A three-storey row housing dating to 1890, built in the Romanesque Revival style using brick, sandstone and terra cotta, at 285-291 Jarvis Street.

This means designers will need to be extra careful in making the new building fit nicely into the surrounding area — an area, I might add, that includes Toronto's most-storied Harvey's location.

It's also just steps from Allen Gardens, which should prove a popular draw for residents who move into this increasingly dense part of downtown Toronto.