The most desirable neighbourhoods to live in Toronto right now

New data from the Toronto Real Estate Board, as mapped by Zoocasa, gives us an insight into the most desirable places in the city to live in right now.

We can infer this because the data shows how many days condos and detached houses are on the market before they sell.

This is done using an indicator called "days on market" (DOM) where the average DOM for condos in Toronto is 16.

These happen to be some of the most up-and-coming areas in terms of food and culture.

The Stockyards has transformed into a veritable AleYards District with thriving local breweries like Junction Craft and Shacklands, while the number of restaurants, bars and cafés continues to climb in the Junction. 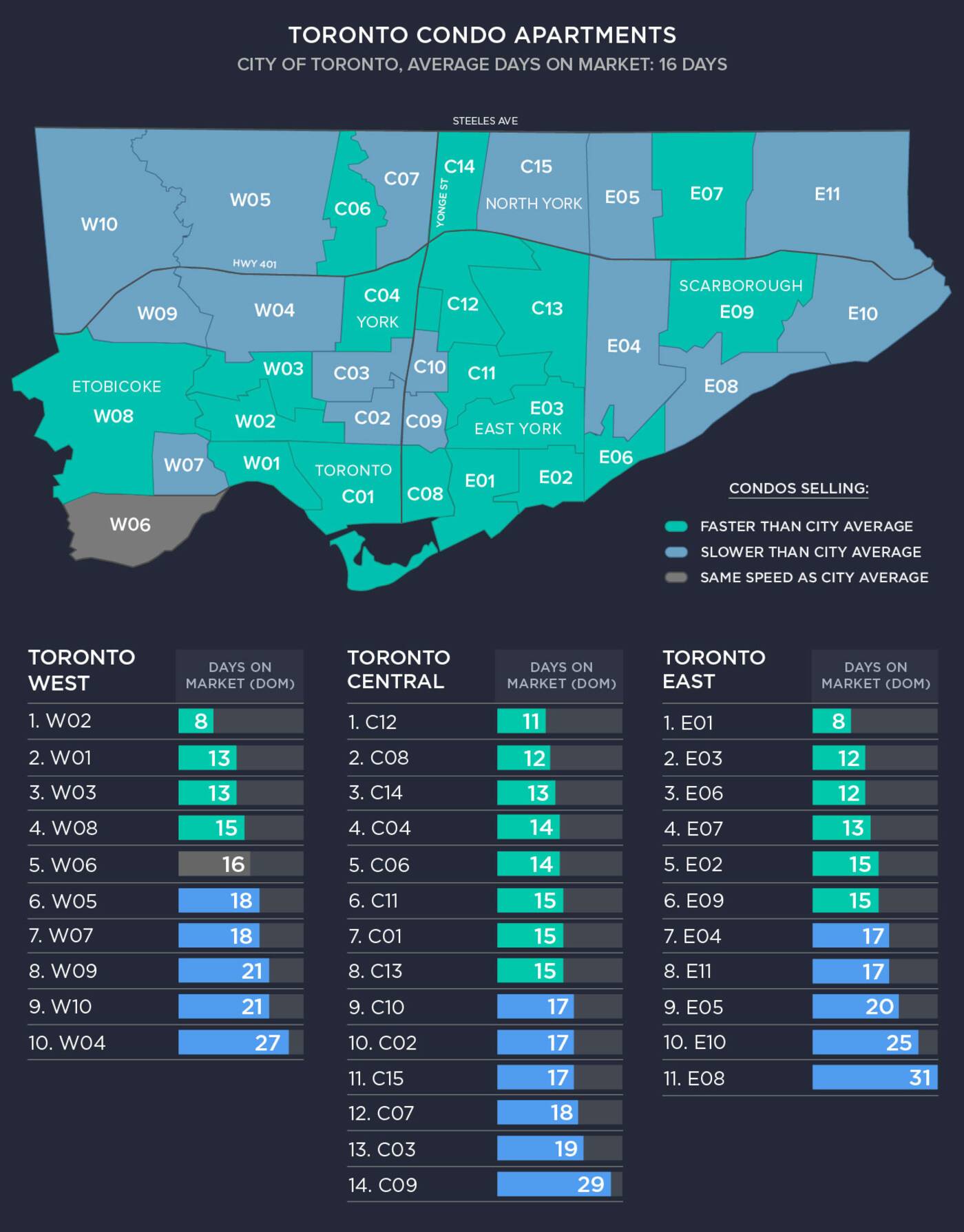 Also coming in at an average 8 days on market are neighbourhoods on the east side of the Don Valley including Leslieville, Riverside, East Chinatown, the Danforth and Danforth East.

Neighbourhoods that lag behind include a cluster in the centre such as Rosedale and Moore Park that have, on average, experienced longer selling times.

Part of this can no doubt be attributed to higher real estate values in these areas with many homes here falling under the luxury category.

In terms of neighbourhood desirability for detached houses, based on the same DOM metric, where a house spends an average 17 days on the market, the most noticeable difference is that the Bridle Path and Hoggs Hollow emerge as laggards. 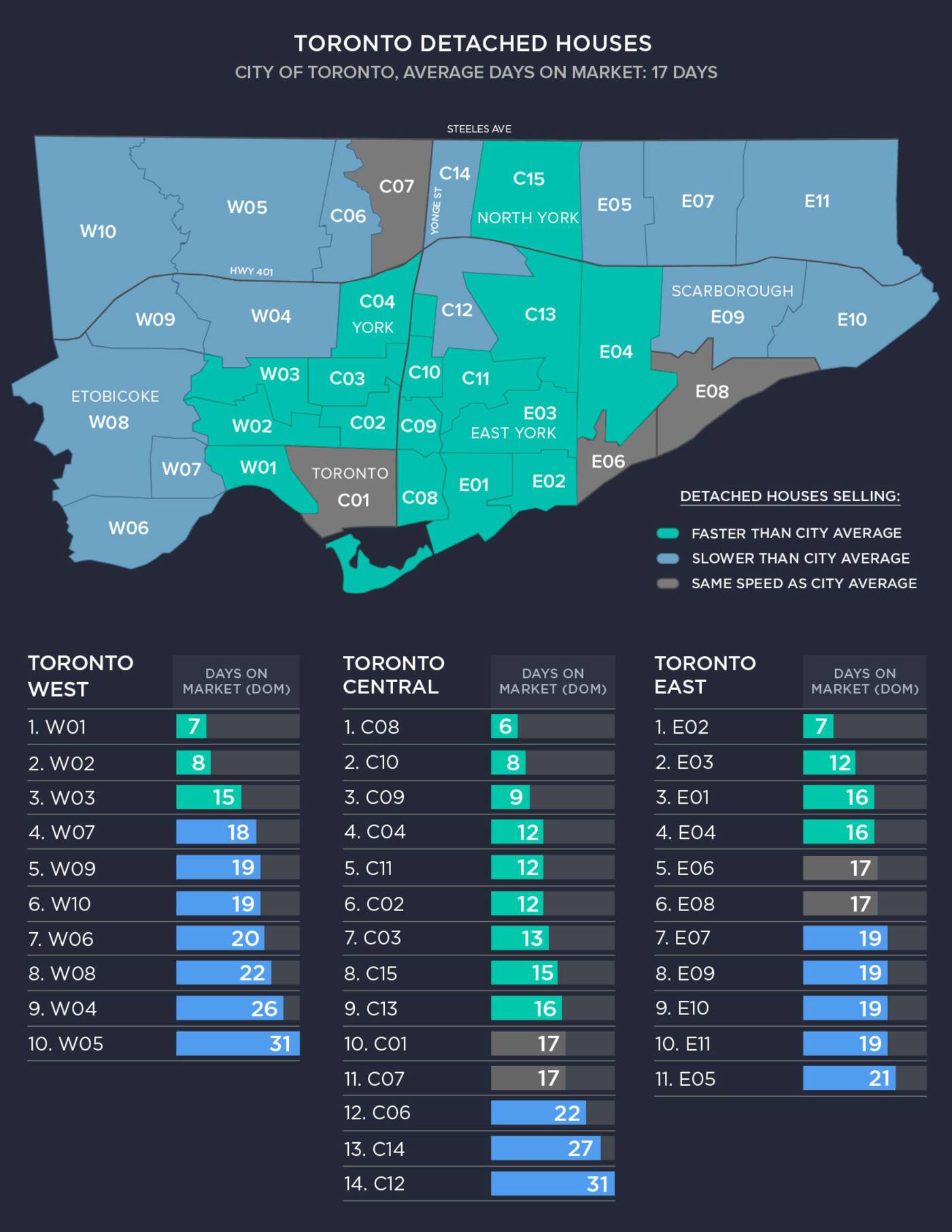