First came Aqualina, then came Aquavista and Aquabella. Now, at long last, Toronto is getting a glimpse of Aqualuna — the curviest and most beautiful "Aqua" to grace our city yet.

Their names may sound like they belong to mermaids, but I promise you I'm not listing off King Triton's daughters.

The aforementioned Aquas are all condo projects in the fast-developing Bayside neighbourhood near Queens Quay and Lower Sherbourne. 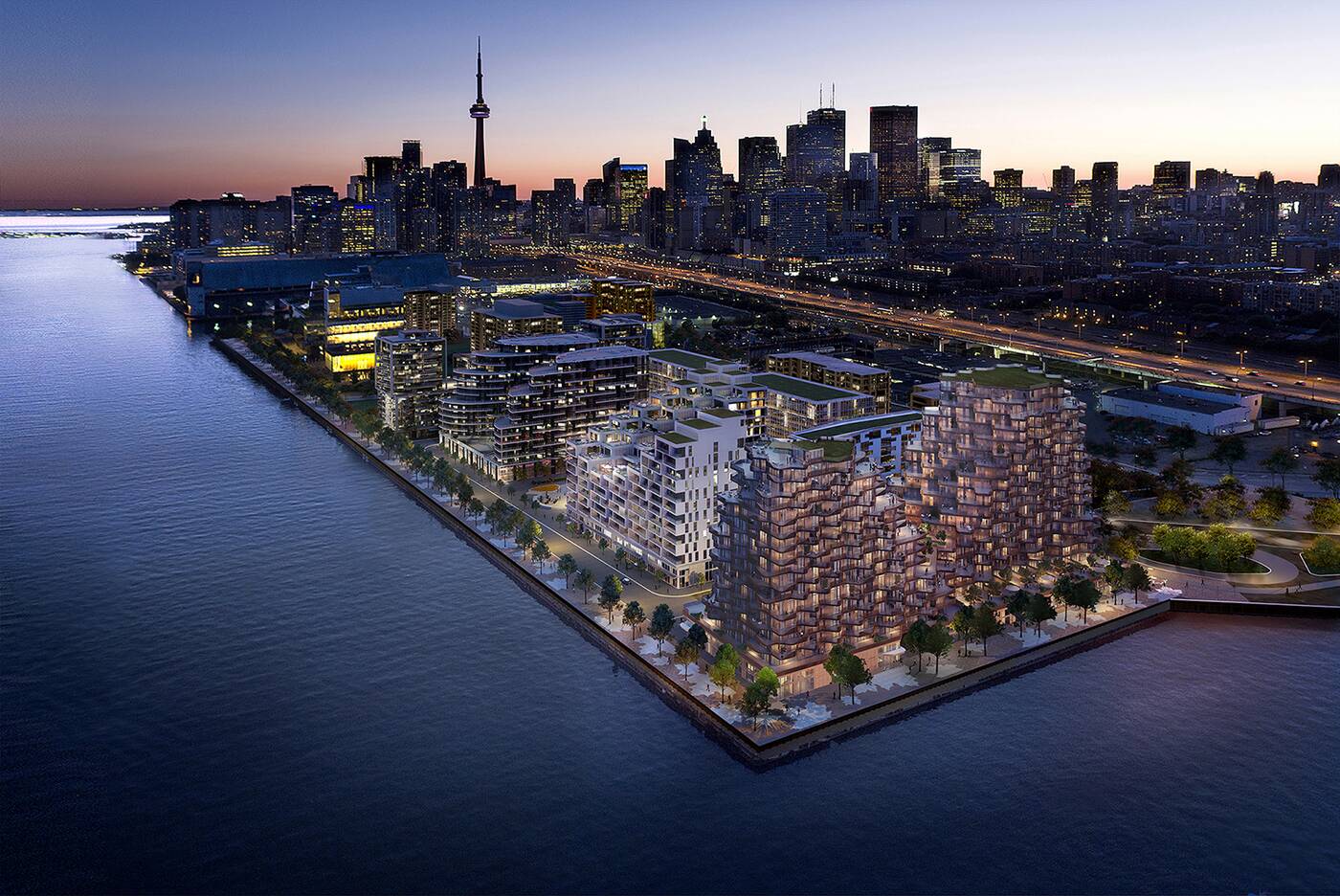 Tridel and real estate firm Hines announced on Tuesday morning that they had landed on an architectural vision for the fourth and final phase of their 13-acre, master-planned community along Toronto's eastern waterfront.

Judging by the renderings, their vision is wild — and pretty sick, if it's completed as planned. 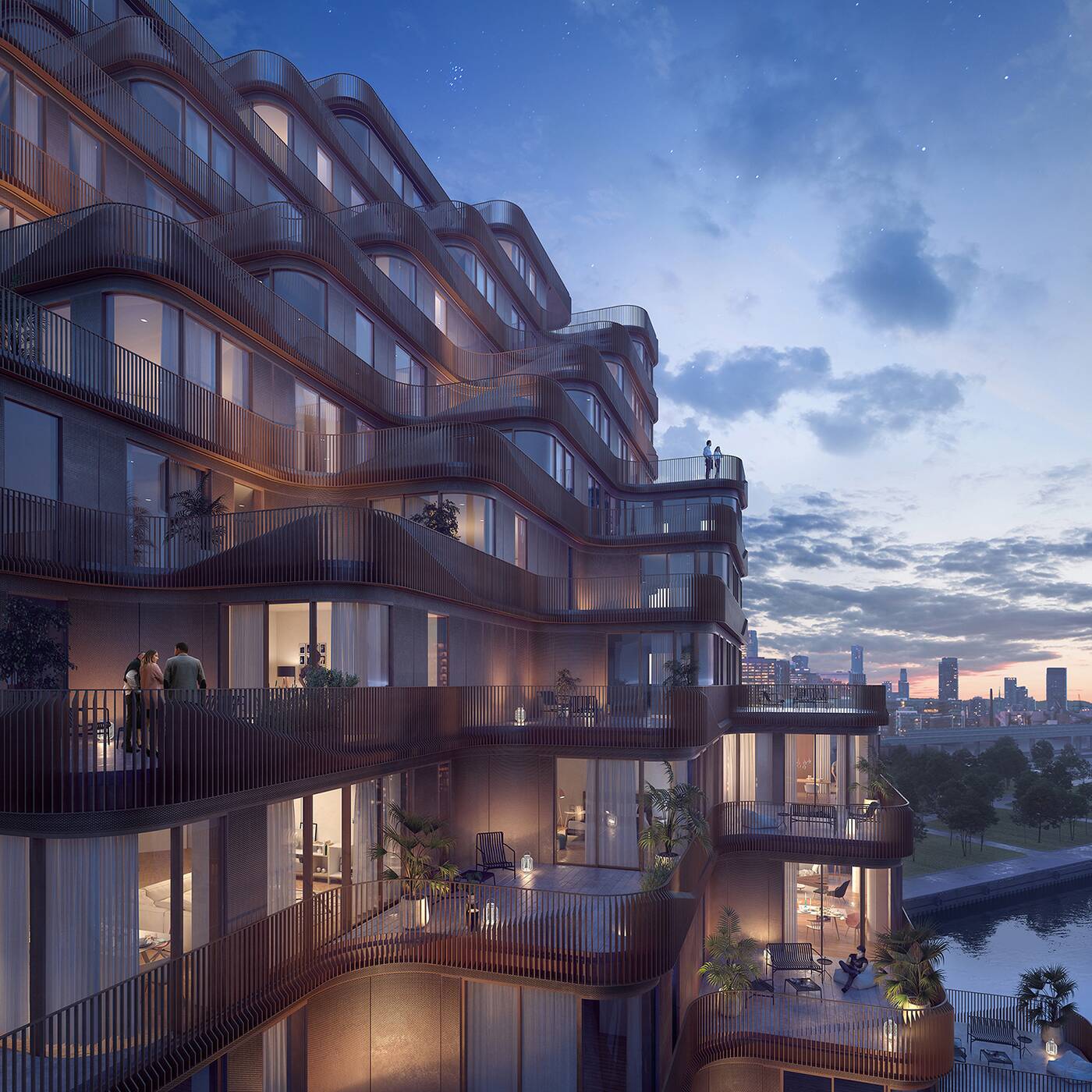 Denmark's 3XN Architects has been selected as the design architect for Aqualuna, according to a press release from Hines and Tridel, as it was for Aquabella during Phase 3. Aqualina and Aquavista, both of which are already sold out, were designed by the Miami-based firm Arquitectonica.

Architect Kim Herforth Nielsen says that 3XN’s intention with the design of this last and final development (previously thought to be called Waves at Bayside) is to create "a landscape with two high points and a valley in between." 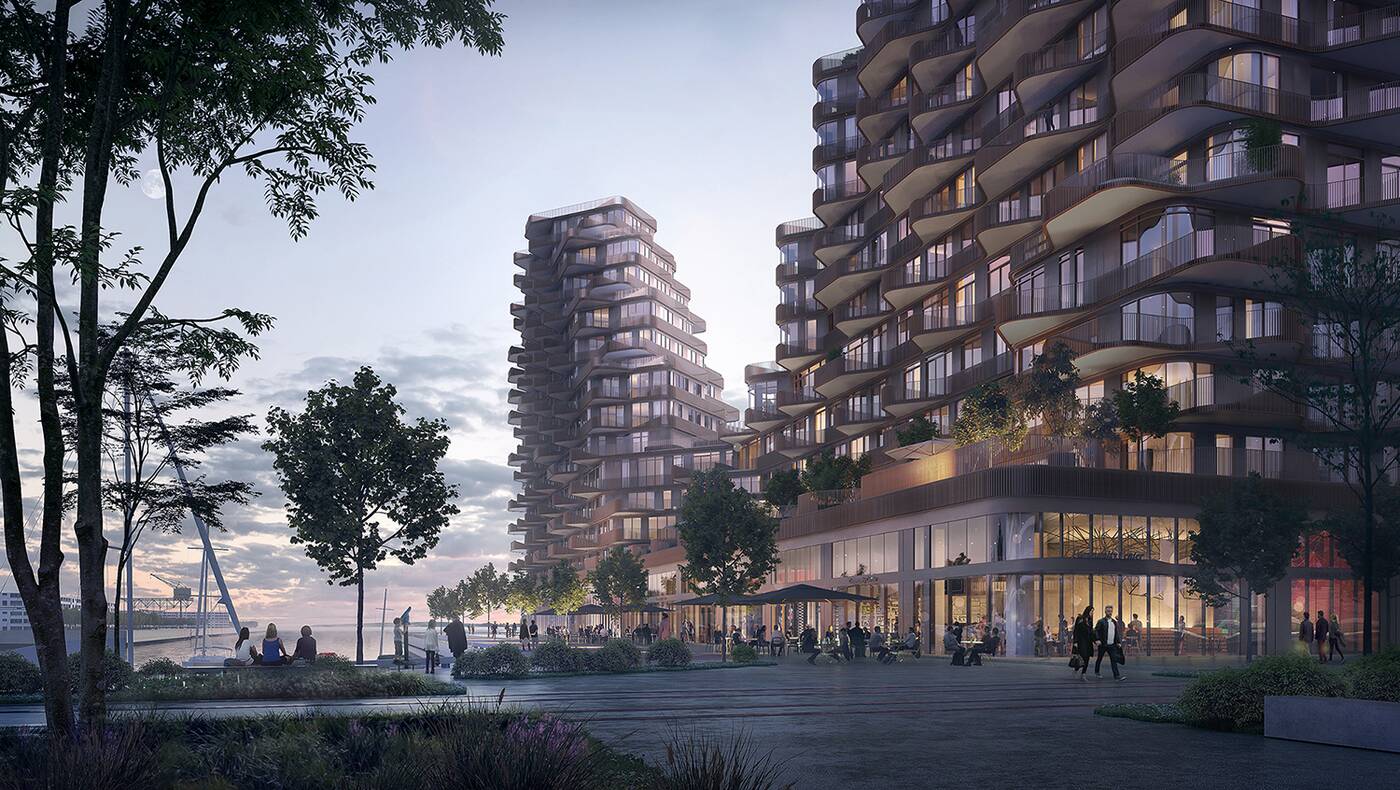 On the ground level, developers hope to incorporate various public functions, such as retail and restaurants, into the building complex. This, in an effort to create a "lively urban environment" for the adjacent Waters Edge Promenade.

A total of 225 residential suites are incorporated into this design, ranging in size from 821-square-feet to an absolutely ginormous 4,622-square-feet.

Nielsen says that the 16-storey building's unique "valley" design will maximize waterfront views from each and every suite. 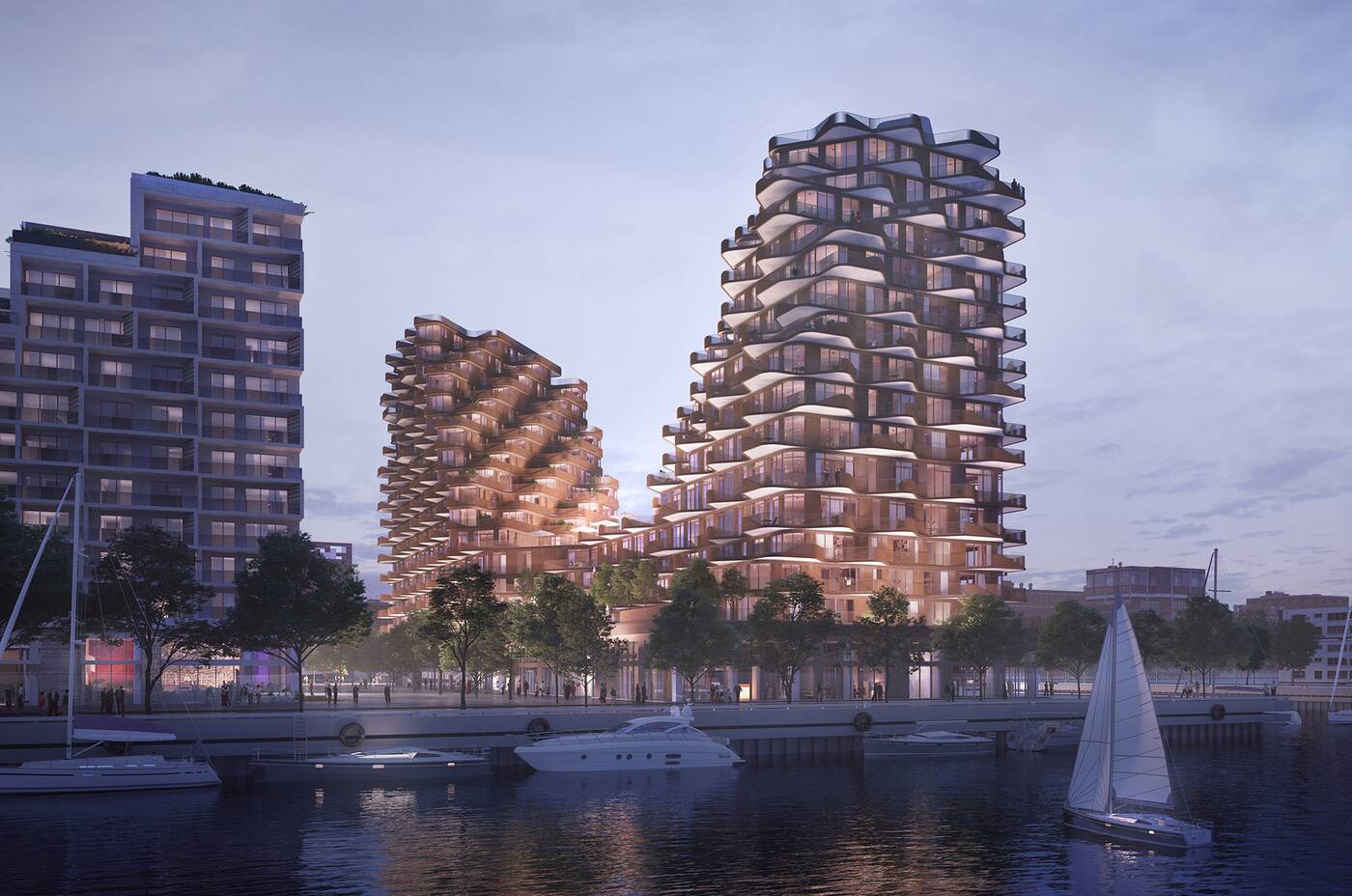 Toronto's own Kirkor Architects, II BY IV DESIGN and Janet Rosenberg & Studio will work with 3XN to create a series of interactive spaces "in which the indoor amenities, such as community rooms and lounges, will interact with the expansive outdoor amenities."

I don't know how they plan to do this, but I can't wait to find out... in like, five years. A tentative occupancy date is set for Spring of 2023.