Weekend events in Toronto is our guide to events happening this Friday, Saturday and Sunday. Here's what's happening in Toronto this Oct 17-19, 2014.

Waterfront Marathon
Running might be the last thing you want to do to your body in the damp and cold of October, but this Sunday a marathon, half marathon, and various other walks and runs will go on by the lake with, or without you. Personally I'll be doing the stroller run with my pug in the buggy - high five me! No don't, I'm concentrating on the race. Register before Saturday at 6pm, or just show up to cheer from the sidelines. Info on the route of the various events can be found here. Never tired? Saturday's CN Tower stair climb is on too. Sunday, October 19, 8am - 3pm.

After Dark Film Festival
Toronto's haunted film fest is back from October 16-24. Featuring the Toronto premieres of the greatest in horror, scifi, action and cult, (let's be honest, the only film genres that matter) this year's After Dark looks to have topped itself in its delivery of vomit-inducing gross-outs, stupidly gratuitous violence and pants-wetting frights. From October 16-24 catch a total of 20 films at the Scotiabank Theatre. Look out for our upcoming preview of the gore-fest. AB

Delicious Food Show
The three-day food festival, presented by the Food Network, is on at the Direct Energy Centre (100 Princes' Blvd.) from Friday, October 17 to Sunday, October 19. Along with a sea of exhibitors, expect celebrity stages, chef-led workshops, book signings, food trucks and an Abbey's Kitchen Stadium pavilion. General admission is $20 in advance or $22 at the door. LI 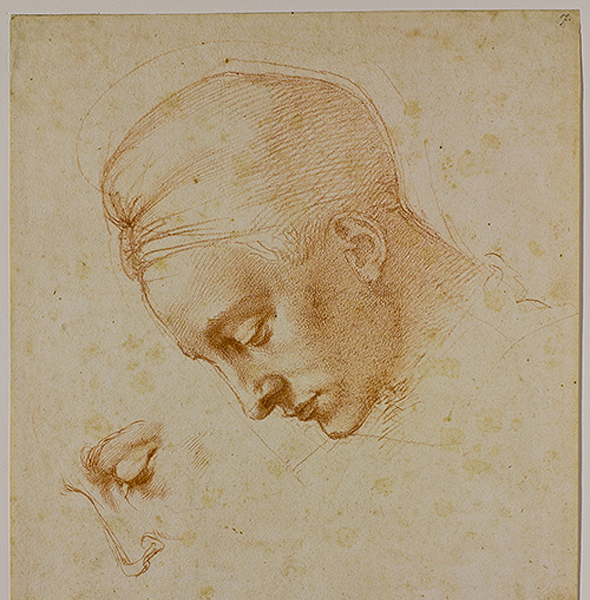 Michelangelo: Quest for Genius
From October 18-January 11, the AGO is showing a sizable collection of Michelangelo drawings. Big deal, right? Some dead guy who didn't even bother to erase the guide lines he made under his sketches. I kid - while the works in this exhibit will be small, the weight of Michelangelo's skill be something you never forget. Committing the human form to paper with sensitivity of this magnitude has been often mimicked, but perhaps never matched. Well, maybe Rembrandt. Oct 18 - Jan 11, AGO.

Chandra
Chandra Oppenheim, who in 1980's New York City made a splash as a 12-year old fronting a punk band made up of adults, is back. Her EP TRANSPORTATION's obscure release has been given new life thanks in part to TO-based label Cantor Records, and on Friday October 17, Chandra will make a rare live appearance for the Toronto release show at Double Double Land, sharing the stage with local weirdess Bile Sister. Read our interview here. ESP

For more music listings, check out our October Concerts post.

X-Avant IX
The Music Gallery's X-Avant Festival is without a doubt what many experimental, pop, jazz, noise, classical, and wtf-ever music fans will call one of the year's most exciting times, and what some other music lovers would hesitatingly call "interesting." Yet the five concerts and three outreach events on the year's (admittedly cliche) theme of "Transculturalism: Moving Beyond Multiculturalism," spanning October 17-19, promise strong enough curation that those even slightly intrigued in expanding their musical horizons will be glad they took the dive. Uma Nota runs this weekend as well.

Flying Bach
Ever wondered what it would look like if a crew of breakdancers threw down to Bach? Me neither - but you'll be able to find out at at Massey Hall between October 16 and 19. The Red Bull-sponsored Flying Bach tour, which has been crisscrossing the globe with an unusual blend of classical tunes and contemporary dance, is set to make its first-ever Toronto appearance. Tickets are on sale now; preview the show below. NM

For more events on stage, check out our The top theatre productions in Toronto this month post.

Buffer Festival
Toronto's first-ever YouTube-centric convention is back for a second year October 17-19. If the words "like, comment, subscribe" mean anything to you, you'll be thrilled to know that the 2014 roster of guest YouTubers, in addition to returning faces like Charlie McConnell, has been beefed up with additions like Epic Meal Time, Shay Carl, Rhett and Link. I'm taking bets to see if Davey Wavey wears a shirt. Tickets to each event are $15, and going fast for some of the bigger names. (If you're not around that weekend, fast rapper and pale kid Watsky plays the Danforth Music Hall on November 10.) NM

Junior Boys
Hamilton electronic pop duo Junior Boys are more known for their moody introspective synth pop than for destroying dance floors, but when the pair do DJ, it's a lot more of a party than their studio recordings might suggest. They're playing a special three-hour set, alongside Breakandenter's Martin Fazekas. October 17, Club 120, 10pm. BB

For more dance listings, check out our Top Dance Parties in Toronto this month post.

The Irish Design House Store Opening Celebration
A brand new design store is opening on Queen East, and its focus is not on British design (that's so last spring!) but on Irish wares. Jump on the latest UK design trend before the people in the condo window across the way. Saturday, October 18, 11am-5pm, The Irish Design House (756 Queen Street East).

Gamercamp
There's a point in every game where the credits must roll. (Well, maybe not in MMOs, but you get the idea.) So too it is with Gamercamp, Toronto's independent gaming festival and conference, which is set to fold after this fall. Between October 17th and 19th at Hotel Ocho, expect panels of industry experts, a four-floor arcade of playable games, and a Saturday night arcade/bash featuring craft beer. Tickets and passes for the events are available now. Don't miss their Night Arcade Party and a panel featuring the creators behind graphic novel turned movie Snow. NM