Weekend events in Toronto is our guide to events happening this Friday, Saturday and Sunday. Here's what's happening in Toronto this March 28-30, 2014.

Toronto Festival of Beer
Evergreen Brick Works hosts the Toronto Festival of Beer today and tomorrow, but Saturday's brewery showcase event is sold out so if you're not gripping tickets, tonight might be your only chance to drink up at this event until it returns in July. Don't despair though -- keep reading for the usual weekend beer-themed comedy event (this one's a goody). Friday March 28th, 4pm - 10pm & Saturday March 29th, 2pm - 8pm, Evergreen Brick Works (550 Bayview), $30. 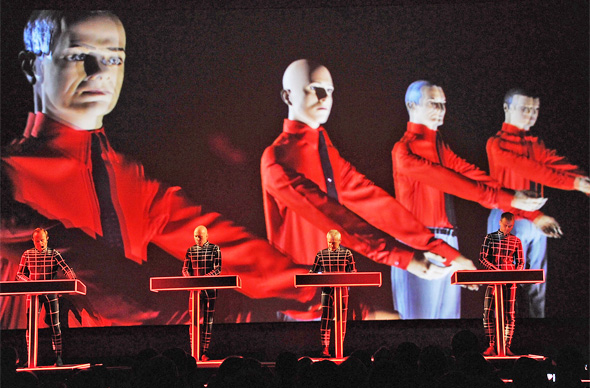 Kraftwerk
Given the venue, there probably won't be that much actual dancing in the audience for Kraftwerk's highly anticipated 3D concert, but since electronic dance music wouldn't exist without them and there will be stars dancing in your eyes, we'll call it a party. The original robot band, and a huge part of why drum machines are so important to both hip hop and techno. If you don't have a ticket, good luck out there. Saturday, March 29th, Sony Centre for the Performing Arts, 7:30pm, Sold Out.

Breast Fest
Breast Fest is the world's only film and arts festival designed to inspire a community dialogue surrounding the issues pertaining to breast cancer. The festival is composed of a number of exhibits, talks, and speaker series, as well as, of course, five film screenings. The highlight of the batch is probably Lily (Saturday at 3:30PM), which premiered to acclaim at last year's Tribeca film festival. All of them are worth your time, though. For the full schedule and programme, look here. Breast Fest runs March 28th to April 6th at The Bloor.

Conundrums and Disjunctions: The Innis Film Society, 1985-1993
In what will likely go down as the experimental cinema event of the year in Toronto - especially for novices - this special event reunites the Innis Film Society, which disbanded over twenty years ago, where original members of the group will present 11 films by the who's who of yesteryear's avant-garde masters: Stan Brakhage, Paul Sharits, Joyce Wieland, Hollis Frampton, Bruce Conner, Kenneth Anger, Owen Land, and more. To attend, RSVP here. Friday, March 28 at 7PM; Innis Town Hall.

Robert Lepage: Possible Worlds
In honour of this year's recipient of the Glenn Gould Prize, TIFF presents this retrospective of Quebecois stage and film director Robert Lepage. The series spans nearly two decades of his eclectic body of work, encompassing everything from his 1995 fictional account of the filming of Hitchcock's I Confess, Le Confessionnal (Thursday, March 27 at 6:30PM) to his new film Triptych. March 27 - April 1; TIFF Bell Lightbox.

Noah (Varsity, Cineplex Yonge & Dundas, Carlton)
A testament to the utter predictability of modern civilization, there has been more controversy surrounding Noah in the months leading up to its release than perhaps any new film since The Passion of the Christ. Many Christians have already boycotted it, either because it's supposed to be too close to the narrative as it appears in the Bible, or not close enough. In other news, Darren Aronofsky made a new film, so go see it.

How to Dress Well
Tom Krell is finally returning to Toronto tonight, and he's bringing Forest Swords with him because he's just that nice. While aliens three of four galaxies over can hear his surreal voice breaking on recordings, seeing him up close and personal is a whole different thing (though Mod Club won't be the bessst place for getting intimate, I trust that Krell can pull it off). Friday, March 28, Mod Club, $15.

WTCHS / Wolfcow / Huren / Slender Loris
Trick pick -- three of these acts playing Izakaya Sushi House (294 College) are break-outs from Hamilton music scene. Then there are TO weird surf stars Wolfcow, who just dropped the cleverly titled This Was Wolfcow on Inyrdisc and are a must see if you're into witchcraft, Thee Oh Sees, or guys in skinny legged pants. Huren is terrifying and WTCHS are about to drop a new album. The show is a steal at $6. Saturday, March 29, 9pm, Izakaya Sushi House (294 College St).

PUP & Alvvays Live in the Stacks
This is a treat for Toronto music fans: loud-as-hell PUP and indie-pop break outs Alvvays are going to play their music in the library for you, for free, brought to you by Toronto Public Library's Make Some Noise series. These events combine the best of both worlds: checking out cuties at indie shows where the lights are a little too bright, and checking out cuties at the library (except the lights will be a bit dimmer than usual). Saturday, March 29, Yorkville Branch (22 Yorkville Avenue), 8pm, free.

Dicture Gallery
If you've got a dirty mind (or you're thinking about developing one) this surrealist take on male adornments should tickle your pleasure zone. Yup, these dudely appendages are dressed up in cute little outfits and stuff. I'm not going to ask questions I don't want answers to. Public viewing Saturday March 29th, 12pm - 6pm, The Richmond (477 Richmond St. West Unit 104).

Spacing spring 2014 release party and Jane Jacobs Prize ceremony
Spacing Magazine's all bike-talk this month, and you can attend the launch party for free on Friday. Transportation is also free if you bike there. Or walk. Speaking of, the party will also honour the 2014 recipients of the Jane Jacobs Prize live. The winners will receive their awards and speak. Magazines are $9. Friday, March 28, 5:30pm, 918 Bathurst Centre (918 Bathurst Street).

Shakesbeer
Toronto may go down in history as the city with the most beer themed comedy events in the world, and that's okay, especially on a weekend where the weather is warming up. This Saturday and next, The Classical Theatre Project (CTP) will perform all of Shakespeare's plays in one wild ride, so you're going to need a few pints in you (one per play?). Saturday, March 29, 6:30pm & 9pm, Artscape Wychwood Barns (601 Christie St). 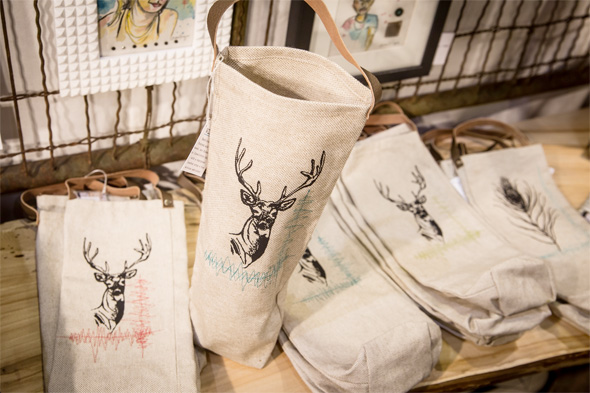 One of a Kind Spring Show
Stretching from now through the weekend, the One of a Kind Show has returned for its spring edition. Held at Exhibition Place, the event is essentially a large convention of all crafty buyable art, photography, clothing, jewellery, food, makeup, toys, and more from about 450 vendors. This year, the Etsy section is back for its second round, bringing the e-commerce website to real life with a lineup of 50 emerging Etsy sellers. Tickets are $14 (or $12 if purchased online) for adults, $7 for seniors and youth, and free for children under 12 years old. Until Sunday, March 30th, various hours, Direct Energy Centre Exhibition Place, Princes' Boulevard.

Vintage Clothing Show
Get up bright and early (or at least earlier than you expected) this Sunday for a this vintage clothing expo at Wychwood Barns. From 10am until 5pm, you can peruse a large selection of one-of-a-kind clothing, shoes, accessories, and textiles from 30 top vendors from Toronto and Montreal. Admission is $8 at the door. Sunday, March 30, 10am-5pm, Wychwood Barns (601 Christie St).

The Bazaar of the Bizarre: Circus Side Show 2014
Mental Floss Sideshow and Pia Bouman School for Ballet and Creative Movement present an all day "Bazaar of the Bizarre," a circus-esque marketplace with a circus sideshow theme. You don't have to spend a dime to have a good time at the show: DJs will be spinning and there will be art to take in and friends to make. Sunday, March 30, 11am-8pm, Pia Bouman (6 Noble St).

Sutton Place Hotel Auction
A huge hotel auction is taking place today and tomorrow, and while there aren't be any quirky hand painted signs from Honest Ed's, kitchen equipment, furniture, and antiques galore will hit the block as the historic Sutton Place Hotel says everything must go. The two day auction will attempt to clear everything out of the hotel, from building support, restaurant, and laundry room equipment to 250 TVs, artworks, couches and chairs, linens, brass wall sconces, and a few crystal chandeliers that were valued at $25,000 - 30 years ago. Get a peek at what's for sale here. Bidding runs from Friday, March 28th - Saturday, March 29th.

Toronto is getting a huge block party next month

15 virtual events in Toronto this spring