Weekend events in Toronto is our guide to events happening this Friday, Saturday and Sunday. Here's what's happening in Toronto this February 8-10, 2013.

FUCKED UP'S LONG WINTER PT. 4
You know that Winter isn't over yet - and the name of this event couldn't be more appropriate! Fucked Up's Long Winter Part 4 goes down tonight at The Great Hall, and this multi-room and multimedia extravaganza is a night you won't want to miss. The music will be taking place in two different rooms, and will be provided by Fucked Up, Holy Fuck, The Sadies, Maylee Todd, and others, with a special DJ appearance by none other than filmmaker Bruce La Bruce! In addition, a mini-festival of short films will be taking place in one area, and there will also be art on display in the form of installations, photography, sound sculpture, and paintings. Not to worry, there will also be a special dance area zoned out, and even some movement-oriented performances.
The Great Hall (1087 Queen Street West) February 8, 2013 8PM PWYC

7th Annual Bob Marley Tribute Concert w/ House of David Gang
Bob Marley's B-Day is taken very seriously by music fans. It could be that the ideals of peace and unity Marley wore of his sleeve have never gone out of fashion. Although his birthday was on the 6th, it's tradition to keep the festivities going across the nearest weekend, and TO Reggae faves House Of David Gang are doing just that with a dance party to be reckoned with this Saturday night at Lee's Palace. They've just released their new CD, Reggae Warrior, and will be joined by Michael Garrick, Melodic Yoza, Dub Connection, DJ Chocolate, and Partick Roots. Your admission will be reduced if you bring a canned food donation, which will go directly to the Parkdale Food Bank.
Lee's Palace (529 Bloor Street West) February 9, 2013 9PM $15 ($10 with canned food donation)

Jaron Freeman-Fox & The Opposite of Everything
TO fiddler Jaron Freeman-Fox celebrates the release of his latest album Sunday evening at Lula Lounge along with his ensemble, The Opposite of Everything. The creation of this CD has been an extended labour of love for the busy musician who has been globe-trotting for the last few years with the much-lauded and very danceable Delhi2Dublin. The band will be joined by some special guests who made an appearance on the recording, and opening acts Ronley Teper and Bull Kelp will definitely be worth catching, as well.
Lula Lounge (1585 Dundas Street West) February 10, 2013 7PM $15 ($25 w/CD) / $8 students + "broke artist folk"

For more music listings, check out our This Week in Music and February concerts in Toronto posts.

Valentine's Sweets and Chocolates Tour
If you're looking to get a kick-start on wooing your Valentine (and don't mind a trek through the fallout of today's winter storm), there's no better way to get in the mood than a walk through Kensington Market, stopping in at various businesses to sample Valentine's Day sweets, and enjoying discounts at selected merchants.
Ding Dong Bakery (321 Spadina Ave) February 10, 2013, 11AM and 2:30PM, $30 pp

The 8 Fest - Super8 Film Festival
The 8 Fest begins tonight, celebrating its sixth year, and will be running for three nights. This festival is devoted to all forms of "small gauge" film, especially Super 8, but also regular 8mm, and 9.5, and will showcase the 70 year history of these formats, as the medium for home filmmaking, contemporary experimental film, instructional loops, and more. The festival's format will consist of seven programmes including some live performance, a workshop, and an artists talk, with all films are shown in their original format. The 8 Fest runs until Sunday. Check out our preview.
Workman Arts Theatre (651 Dufferin Street) Begins February 8, 2013, $5 per event/ $25 festival passes

King Street Alternative Film and Video Fest
The King Alt Film Fest showcases creative short films and video art works out of "non-traditional setting"--in this case, King East bar Betty's. The bulk of the films are made by Toronto artists (although there's a few from elsewhere in Canada), and cover such diverse subjects as the life of a waiter, and what happens when two friends are transported to another reality. Seating will be limited.
Betty's (240 King St. E.) February 8-9, 2013, doors at 8PM, Free 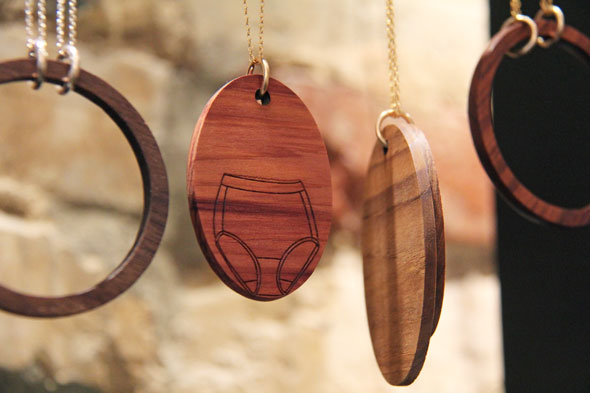 Chinese New Year Festival
Chinese New Year is upon us. The day, known in Chinese culture as Spring Festival, falls on Sunday this year, but in anticipation, the Chinatown BIA has performances scheduled at the Chinatown Centre today and Saturday from noon to six o'clock, including music and dancing, to give a good taste of the traditions and to get the celebrations underway. On Sunday, the ceremonies will kick off at noon, followed by lion dancing at 1pm at the nearby Dragon City Mall. Also check out the 2013 CIBC Lunarfest, and our list of 6 restaurants to feast at on Chinese New Year.
Chinatown Centre (222 Spadina Avenue) February 8-10, 2013, 12PM

1st Annual Rhino Winter Beer Festival
We all know that beer is a beverage that is not bound by the seasons, and while it's always more fun to enjoy a delicious ale outdoors in the summer, winter consumption can be just as rewarding. With this in mind, the timing of the First Annual Rhino Winter Beer Festival is spot on, and goes down this Sunday! The venue is, of course, The Rhino Restaurant & Bar on Queen West, and the festivities begin early, with an 11am start for VIP ticket holders, who will enjoy a breakfast buffet before they begin their "tasting." Regular and general admission ticket holders enter later, but there's plenty of great stouts, ales, and more to go around! Snacks will be available for purchase, along with sampling tickets. This event runs until 6pm, and you can check out our preview for more information.
The Rhino Restaurant & Bar (1249 Queen Street West) February 10, 2013, VIP $40 / Regular $20 / General Admission Free

Camera Solo: Patti Smith at the AGO
The AGO continues its recent trend of bringing buzz-worthy exhibits to Toronto with the arrival of Patti Smith's photo work. While Smith will also perform at the gallery (March 7th) tickets for that event are long gone. But the rock-icon's photographs are certainly interesting too. Composed of 70 black and white images along with personal objects and a 16mm film, the show offers a rare opportunity to glimpse at a side of Smith's creative process.
AGO (317 Dundas St W), Feb 9 - May 19

Fiona Smyth and Silvia Argiolas
The Robert Kananaj Gallery presents a ten year retrospective of Fiona Smyth's works to celebrate a recently clinched "association" with the well-known TO artist. Smyth's work is a part of Toronto cultural history, and was near-ubiquitous in the '90s when her distinct style was all over the pages of Exclaim Magazine, and various large-scale works throughout the city, including the interior of The Dance Cave and the exterior of Sneaky Dee's. Also part of Saturday's exhibition is emerging Italian artist and finalist for the 2006 Celeste Prize, Silvia Argiolas.
Robert Kananaj Gallery (1267 Bloor Street West) February 9, 2013, 4PM

Static Zine's Romantic Comedy
Tonight, the folks at Static Zine hold a special night of comedy and fundraising at The Central. The evening begins with standup comedy from Carolyn Nesling, Andrew Barr, Marc Hallworth, Ashley Moffatt, and Nigel Grinstead, with this portion of the night hosted by Mike Kellet. Following the hilarity, the rest of the evening with be dedicated to dancing with Alex Pulec of TO's The Ruby Spirit at the helm, providing hip-shaking sounds you'll surely dig. Proceeds from this party will go towards funding Static Zine's sixth issue, due out very soon.
The Central (603 Markham Street) February 8, 2013 9:30PM $10