Weekend events in Toronto is our guide to events happening this Friday, Saturday and Sunday. Here's what's happening in Toronto this August 24-26, 2012.

Fake Prom 2012
Pop your zits and clean the food out of your braces, it's prom night! Now in its tenth and final year--yes, sadly, Fake Prom is coming to an end--this Friday will feature a gathering of those looking to relive their high school glory days at this mimicry of a high school prom. Don't have a date? Don't worry, Fake Prom can set you up with a Fake Date to dance the night away with to the music of DJs Dougie Boom and Shit La Merde. Get dressed up and join in the Enchantment Under the Sea themed party. Advanced tickets have already sold out but 100 will be available at the door.
Palais Royale (1601 Lake Shore Boulevard West), August 24, 2012, 9:30PM $30

13th Annual Scotiabank BuskerFest
Busking never looked as quirky and entertaining as at the 13th Annual Scotiabank BuskerFest. Opening this weekend, performers of all kinds will roam Front Street, engaging pedestrians in exchange for a buck or two. Watch magic tricks, fire eaters and musicians give their talents away at Toronto's only festival to honour the talented street performer. Donations for Epilepsy Toronto will be accepted.
St. Lawrence Market Neighbourhood (27 Front Street East), August 24-26, 2012, 12PM Free

Topanga with Army Girls
Indie rock superheroes Topanga seem to be everywhere these days so it's only natural that they play the Horseshoe this weekend. Playing music from their recent 7-inch record Oceans, Topanga will be joined by garage pop duo Army Girls as well as bands Sandman Viper Command and Dangerband. Tickets are $8.50 ahead of time at the Horseshoe, Soundscapes and Rotate This but will also be sold at the door on Saturday night.
The Horseshoe Tavern (370 Queen Street West), August 25, 2012, 9PM, $8.50 advance, $10 at the door

The Emmet Ray 1 Day Music Festival #5
If dapper whiskey bars and music festivals tickle your fancy, the legendary Emmet Ray is hosting a Sunday event you will love. In its fifth installment, The Emmet Ray 1 Day Music Festival features nine bands playing nine hours of music as audiences enjoy the good food and drink the College and Dovercourt watering hole has to offer. Local neighbourhood cats like Peter Boyd, Graham Playford, Dani Nash and The True Romantics will play country, blues and rockabilly music at this all-day event, which showcases the community in and around the establishment. Come early or come late, but just come out to enjoy some music.
The Emmet Ray (924 College Street), August 26, 2012, 3PM Free

Ride and Go Feast
With TIFF nearing, Ride and Go Feast organizers have created a special foodie tour focusing on the high-end, glamorous restaurants that are frequented during the festival by celebrity actors and filmmakers. The 2nd edition of Ride and Go Feast will have the Good Food Limos pick up glammed-up passengers at Church Street and Colborne Lane, delivering them to four secret stops where they will enjoy hors d'oeuvres, cocktails, a main course and dessert as they travel across the city to a new location for each course. This five-hour traveling meal begins on Sunday at 4PM with 26 spots open on the tour. All proceeds will go to the Daily Bread Food Bank.
39 Church Street, August 26, 2012, 4PM $99

For more food news and events, check out our This Week in Food post.

Junction Design Crawl
Independent business owners in the Junction neighbourhood open their doors late into the evening this Friday for the Junction Design Crawl. Innovative store displays and art installations will be up for visual consumption with snacks and music to complete the evening. Each participating business, including Junction staples like Telephone Booth Gallery and Narwhal Art Projects, will have white lights strung on their storefront. Let the lights guide your evening stroll through the Junction!
Dundas Street West and Keele Street, August 24, 2012, 7PM Free 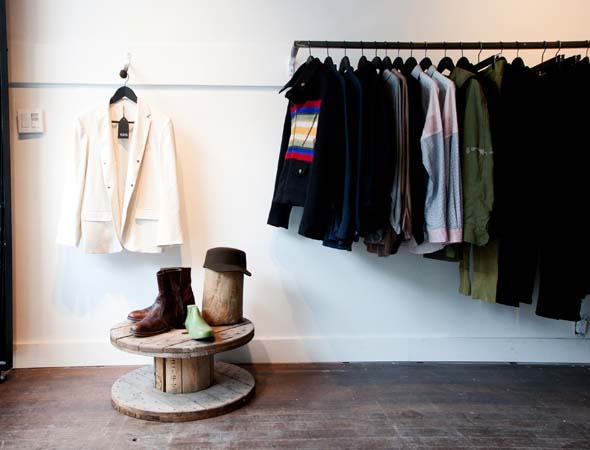 Ruins Closing Sale
Toronto is saying goodbye to one of its mainstay sources for effortless cool: Ruins Boutique is closing its doors. If you've coveted the unisex window displays for years, but not been able to justify the steep (but well-deserved) price tag, you're in luck. Stop by this weekend for a closing sale that will see store items discounted by 50-75%.
Ruins (60 Queen Street West), until August 26, 2012.

Opening Night at The Lot Stand Up Comedy Club
There's a new comedy club on the Ossington strip and to kick off its inaugural weekend, comedian and actor Ryan Belleville will headline the first Saturday night show. The award-winning comic from Calgary is considered to be one of Canada's best, having appeared seven times at Just for Laughs festival and winning a Canadian Comedy Award and the Phil Hartman Award. Young but with a veteran's sensibility, Belleville currently stars on The L.A. Complex and is the creator and lead of the acclaimed Canadian show, Almost Heroes. Tickets to see Belleville live are available at the venue on the night of the show.
The Lot Stand Up Comedy Club (100 Ossington Avenue), August 25, 2012, 9:30PM $12

SHORT Toronto Film Festival Event
The National Film Board hosts WILDsound's free SHORT Toronto Film Festival this Saturday, screening the best of international shorts. The audience will be the protagonist at this fast-growing short film festival, as they participate in a moderation session after each screening, giving feedback directly to filmmakers. Saturday's program features stories from Canada, the UK, Germany, France and Russia, ranging in genre and subject matter, by directors like Asa Mader and Bernie Hernando. This is the final NFB-hosted event so the short film program is guaranteed to be special and full of sentiment. RSVP by e-mailing info@wildsound.ca.
National Film Board (150 John Street), August 25, 2012, 7PM Free