Weekend events in Toronto is our guide to events happening this Friday, Saturday and Sunday. Here's what's happening in Toronto this July 6-8, 2012.

Birdbath 01
If you find yourself in a "morning-after" sort of state, the easiest cure is to beat the heat and head to the pool. Held at the Polson Pier, the daytime event will consist of music, drinks (mimosas and caesars, anyone?), and food. There will be towels for sale, and lockers available.
Polson Pier/ Sound Academy (11 Polson Street), July 7, 1pm- 7pm. For tickets, check out Ticketweb.

Slowed with Bro Safari & Baauer
Back with another series of Slowed, this Moombahton & mid-tempo global bass party will have you on your feet and dancing. This instalment features Bro Safari and Baauer, and even if music's not your thing, there are worse places to spent a Saturday than Wrongbar. Also playing a set are Toronto natives Torro Torro and Lucie Tic.
Wrongbar (1279 Queen Street West) July 7, $10 tickets via Ticketweb.

Pop Kult #009 with Moon Boots
Feeling like you need a disco night? Then come out to this instalment of Pop Kult, with Moon Boots and CC: Disco headlining. For those who haven't attended a Mansion event before, Pop Kult will be a great initiation. In addition to awesome music, there will be a photobooth set up, so come out, dress to impress, get your picture taken, and dance the night away.
The Gladstone Hotel (1214 Queen Street West) July 6, 10 pm, $10 advance tickets (Guaranteed Entry) via Soundscapes, Rotate This, Play De Record or Ticketweb.ca

TAG Vodka presents Locals Only: Festival of Food, Music and Art
Held at the Amsterdam Brewery, this festival is sure to tickle many of your senses. With over 15 of the city's best bands & DJs (Nautiluss, John Roman, Ryan Hemsworth, Kevin McPhee, ColeCo only to name a few), and many food vendors and artists, tickets are a steal at only $15.
Amsterdam Brewery (21 Bathurst Street Toronto), July 7, 2pm-2am. Get your tickets via Ticket Elephant.

Salsa on St. Clair
St. Clair will light up once again for the annual salsa festival that will feature multiple stages for live music, tons of food vendors (with multiple nationalities represented), and hordes of people making their way to the so-called disaster zone. Look out for dancing in the streets between Christie and Winona this weekend. For a complete schedule of events and performer information check out the main schedule. 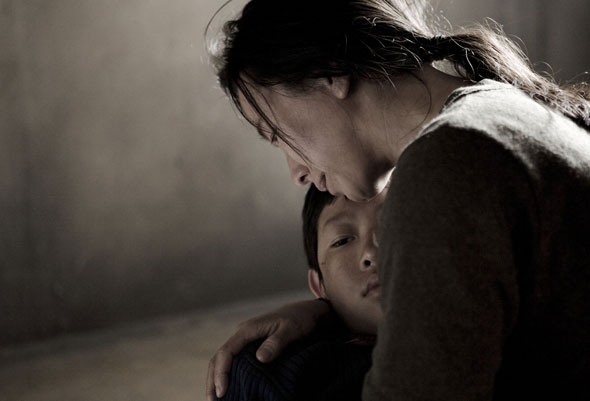 For more film events, check out our This Week in Film and This Week in Rep Cinema posts. In you like animated flicks, stop by our Toronto Animation Arts Festival International preview.

Beat Connection at The Drake Hotel
Beat Connection sings about getting the girl, slacking off, partying and the first sunny day of the year--the more mundane things in life, but crowd pleasers nonetheless. With White Arrows and Teen Daze also playing, why not finish off the weekend with a little bit of music?
The Drake Hotel (1150 Queen Street West), July 8, $10 tickets available via Ticketweb.

Golem
Presented as part of the Fringe festival, this play examines a man as he nears the end of his life, and explores themes of cultural heritage, faith, friendship and stars Brandon Nicoletti and Sohail Chatur.
Tarragon Theatre (30 Bridgman Avenue), starting July 6, $10 at the door

For more theatre listings, check out our 2012 Fringe Festival preview.

International Fashion Festival 2012 (IFFT)
This fashion event will consist of 24 designers, as well as hair and makeup tutorials. Presented by Absolute Culture & Black Diamond Entertainment, the event will feature the fashion styles of many international cultures. Indian bridal designer Vikram Phadnis will be showing his work and also training models.
Toronto International Centre (6400 Airport Road), July 6-8. The exhibition is free for the general public while the fashion shows are ticketed. Visit their site for more information. 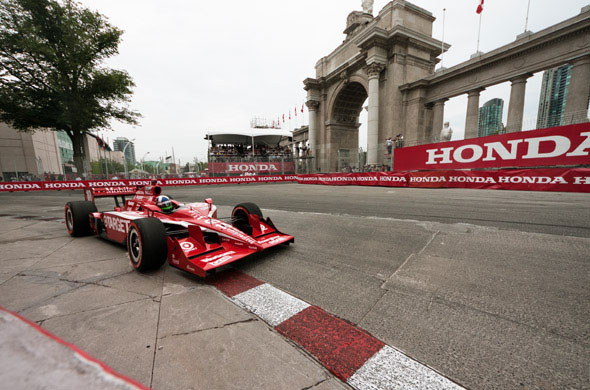 Honda Indy
Attention all car enthusiasts and grease monkeys: the Honda Indy Toronto will be taking place on the streets surrounding Exhibition Place and downtown Toronto, so don't be alarmed if you hear roaring engines rushing through the city.
Exhibition Place, over a 2.84 km temporary street course, July 6- 8. For event details and ticket information, please visit Honda Indy.

Festival of South Asia
Sponsored by TD Bank, Festival of South Asia will offer a glimpse into the different cultures and cuisines of South Asia such as Sri Lanka, Pakistan and India. Attendees will enjoy Bollywood performances, music, talent shows, and food from 20 restaurants, with dishes priced between $1-$6.
Along Gerrard Street East between Greenwood and Coxwell Avenue, July 7-8. For more information, please visit their website.

Expression of Brazil
This three-day event will bring the exotic culture of Brazil to the streets of Toronto by showcasing arts and culture through music, dance, film, and food. There'll even be specialty Brazilian cocktails (caipirinhas) on offer.
Harbourfront Centre (off of Queen's Quay), July 6-8, free admission.

For more food-related events, check out our weekly This Week in Food post.

Aziz Ansari
Performing at the Sony Center, comedian Aziz Ansari is at it again. Recognizable for his roles on Parks and Recreation and MTV'S Human Giant, Aziz definitely ranks in the upper echelons of comedy. Expect non-stop laughs.
Sony Center for the Performing Arts (1 Front St. E.), July 6, 7:30pm and 10pm. For tickets, check out Ticketmaster