These photographers are capturing the current state of nightlife in Toronto

As the city evolves past the King Street scene, so do the photographers that come alongside it. Young talented artists have been front and centre at raves, parties and concerts, capturing the true essence of underground Toronto nightlife.

I spoke to five Toronto-based photographers that have gone beyond the conventional scene of nightlife. From their process to their artistry, these artists broke down what it means to capture unconventional nightlife. 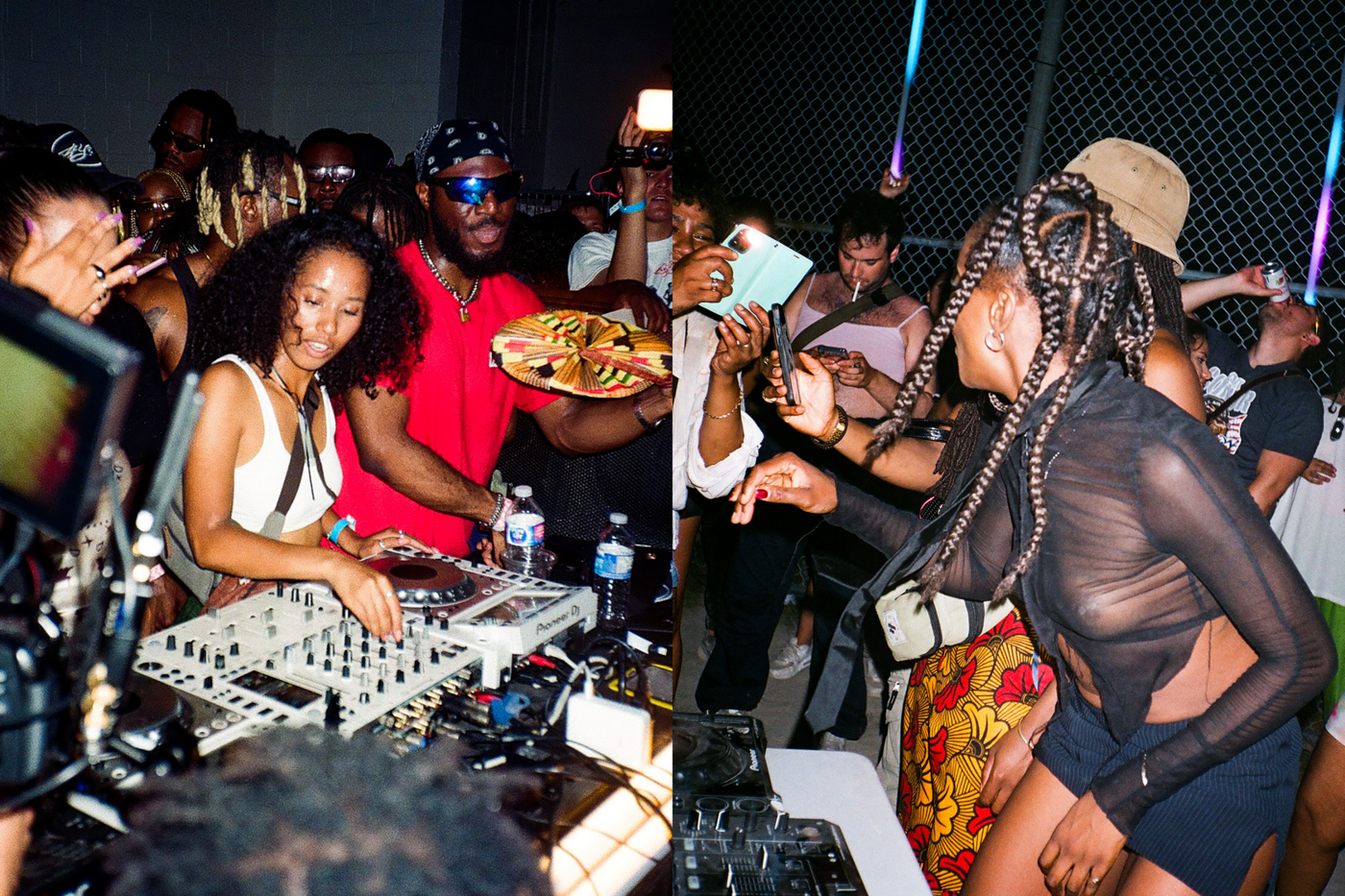 For Erika, formally known as Rik within her photographic work, their photography journey began during the pandemic after they started playing with digital, disposable and film cameras.

Rik had noticed that most of her photographer friends were never photographed when they went out since they were behind the camera. A new project unintentionally began.

"I started taking photos of them everywhere we went," she said. "Nobody ever sees them [in photos], and I really wanted to capture those moments of fun."

Over the last year, Rik said that it's gotten way more exciting to shoot nightlife. The latter is mostly due to Toronto entering a new phase in its DIY scene, a phase Rik has never seen before.

"People are actually putting effort and thought into events... for the longest time Toronto was known for having King St. W.," she said. "[Nightlife] was very focused on making money and selling drinks."

Rik said events like Bambii's Jerk with Boiler Room and events held by Kuruza and Money Is Tight are really what is putting Toronto on the map for nightlife. Instead of focusing on the revenue events bring in, the focus has shifted to making the events enjoyable and an experience for the party-goer.

"Everybody brought so much because they knew they had to show up... they never had that space in Toronto before, especially in the queer community," she said.

The images Rik captures show a glimpse into an unedited, hazy glimmer of a true night out in Toronto. From outdoor raves DJ'd by Litney to scenes for the dance floor, Rik captures the moments of movement in a thriving space. 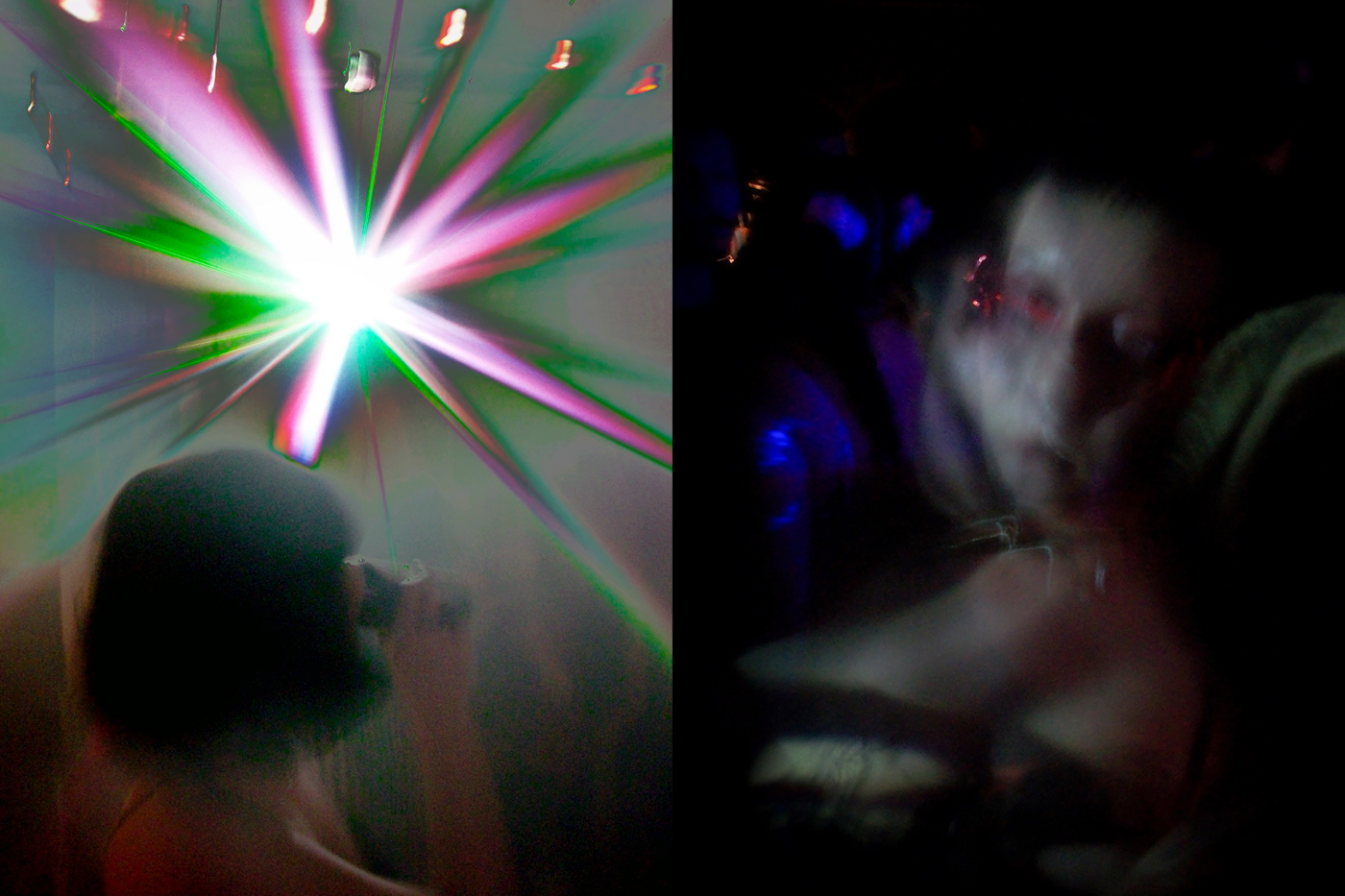 According to Joseph, Toronto nightlife has a euphoric glow to it that they would experience every time.

"It was an altered state of vision I could not seem to verbalize."

The artist began to capture that feeling, where movements were captured as they occurred and the glowing shots represented that unspoken feeling.

"There is this beauty in movement and energy that exudes from these spaces. I had a call to capture it."

Joseph captured images of any raves they attended in 2022, such as Dollhouse collectives' events. Joseph's chosen medium is film, as they feel it's more organic and temperamental in the best way possible.

This past year, their focus had been on DJing and hosting parties, but photography still remained at their core.

The beauty of covering Toronto nightlife is capturing its imperfections, said Joseph.

"It's temporary, it's ephemeral, that's the greatest part about time and space in photography." 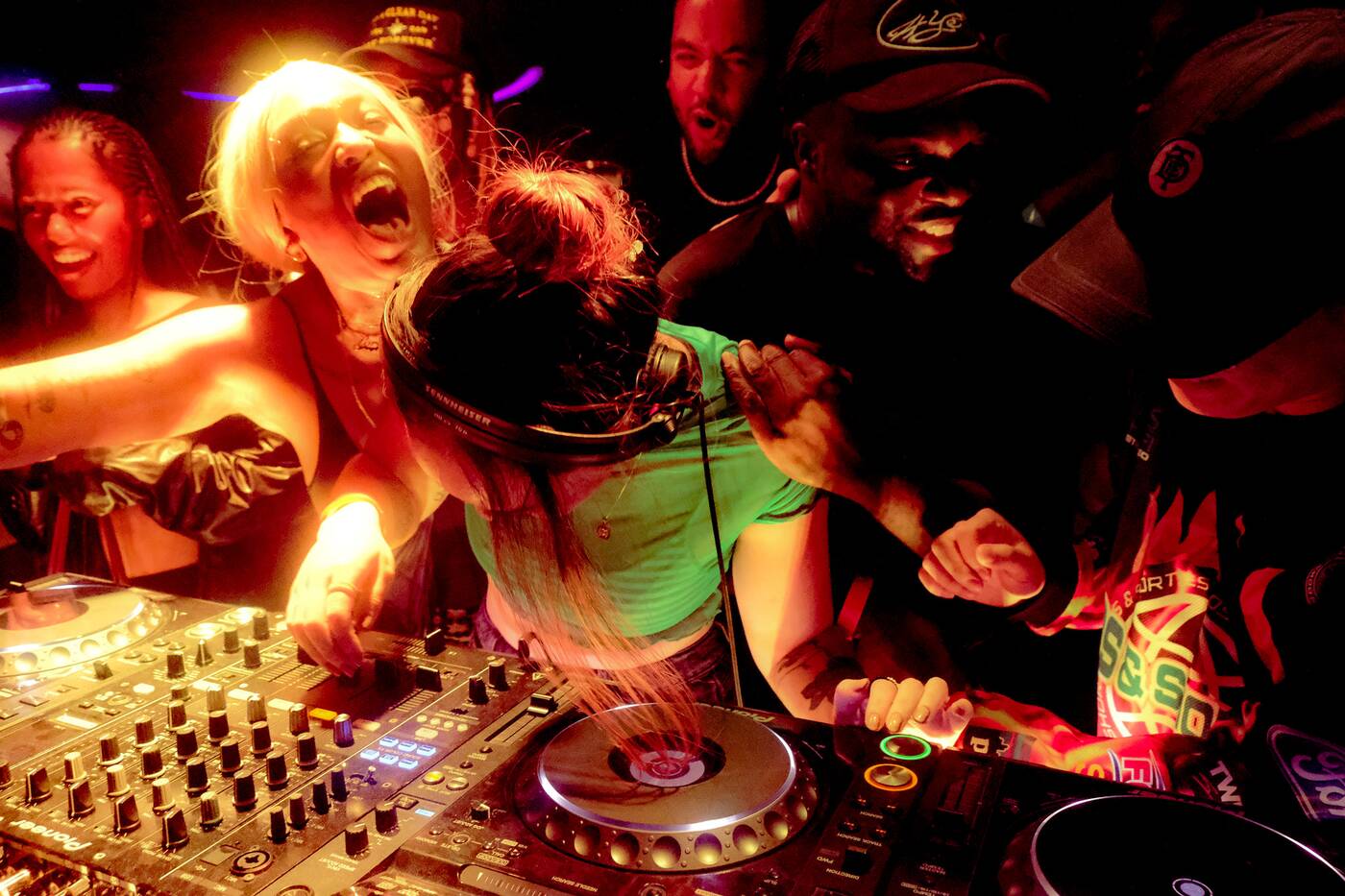 For Chinelo, an artist based in Toronto, the first time she shot for an event was in 2021 for a Bambeeno party. The latter was an event series hosted by Toronto-based DJs Bambii and Nino Brown. A week before Christmas, Chinelo headed out and emersed herself in the party.

This would be the beginning of a whole year of brand-new experiences for Chinelo.

"It was the first few times I was out and about in the city and that party itself was sick," she said. "You know, just seeing people and community elders create space out of nowhere... [everyone was just having a great time]."

2022 was a pivotal year for Chinelo. Throughout 2022, Chinelo had photographed events such as Extinction, Yes Yes Y'all and Kuruza's Boiler Room and Pep Rally. Grabbing her camera, heading to events and capturing the night is what drives her.

"Coming into the nightlife scene of Toronto, I was seeing its evolution and what's different for me is that I was never a club kid," she said. "You see the real truth of reality through nightlife."

During the summer of 2022, Chinelo got the opportunity to tour with Bambii and shoot for her during her sets. After her summer away, she continued to photograph Bambii's events and eventually one of her shoots was used as the cover of Bambii's new single 'Ride With Me.'

Chinelo plans to release her work via a photo book in February, comprised of all the images she has taken.

"It's important to document it because not only are you witnessing the community growing, you're also witnessing how music brings people together," she said. 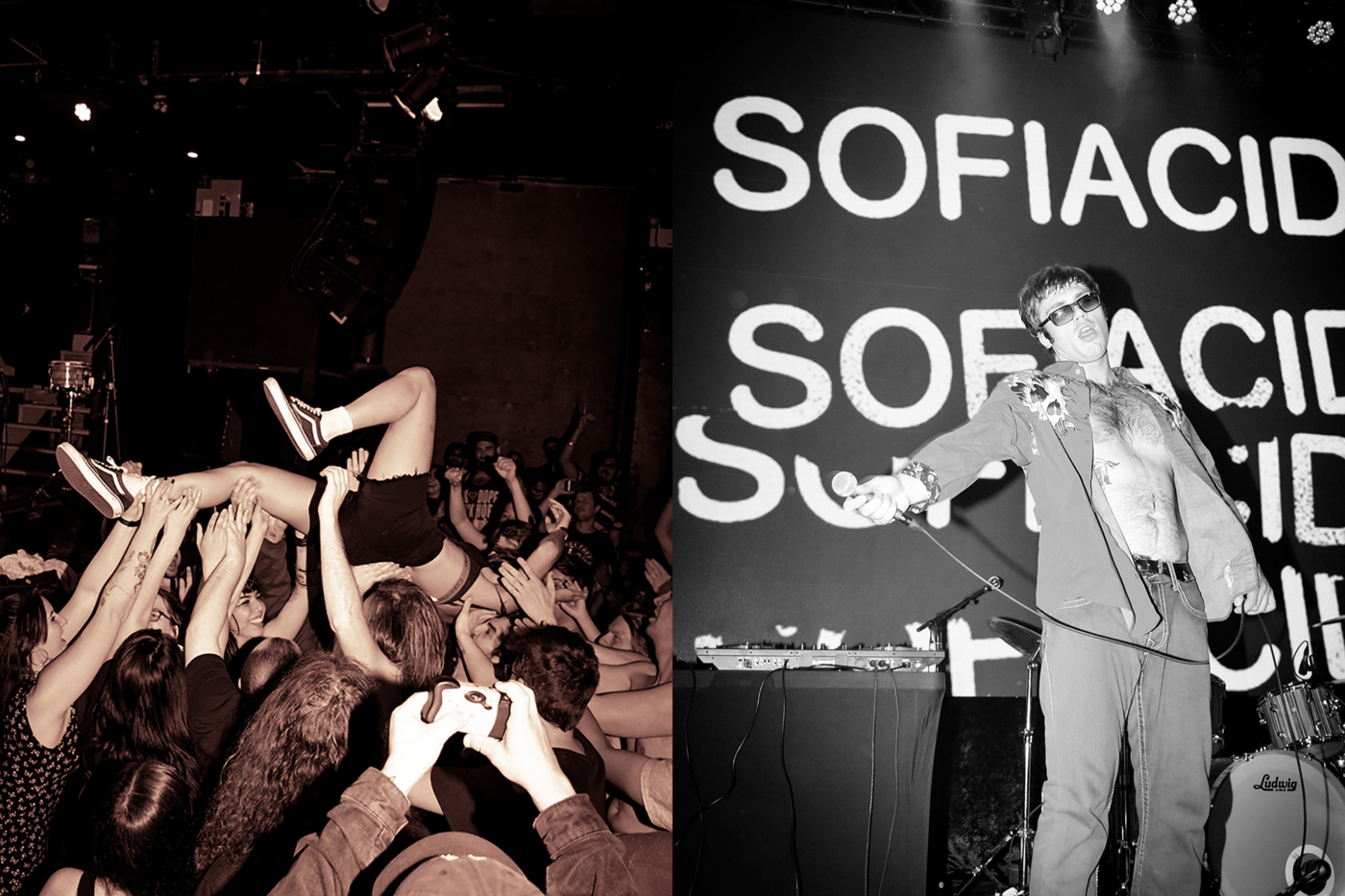 Much like Chinelo, Toronto-based photographer Jet Bailey has been deep in the scene. Bailey spent the past year expanding his work and artistry, breaking away from the norm.

"When I think 'traditional' nightlife photography, what comes to mind are photos from university clubs," said Bailey. "With all due respect, I find those environments less optimal for documenting anything other than alcoholism and a lack of diversity."

According to Bailey, breaking away requires him to search for scenes that aren't widely covered. For Bailey, the weekend is his busiest time, with events occasionally overlapping. Once he's in the scene, he takes out his camera and begins to work.

Over the last year, Bailey has photographed events with SmokedTO, Sofiacide, Blank Canvas and Toronto DnB to name a few. His sepia and black and white-toned images are iconic within the underground scene.

Techno events, however, are where Bailey finds the most enigmatic images can be captured. "Techno... is one scene that brings a wide variety of people, fashion and personalities into one place, and that’s what I love to capture most," he said.

"There's importance in archiving culture of any kind, but circumstantially I was given Toronto’s nightlife as my first muse." 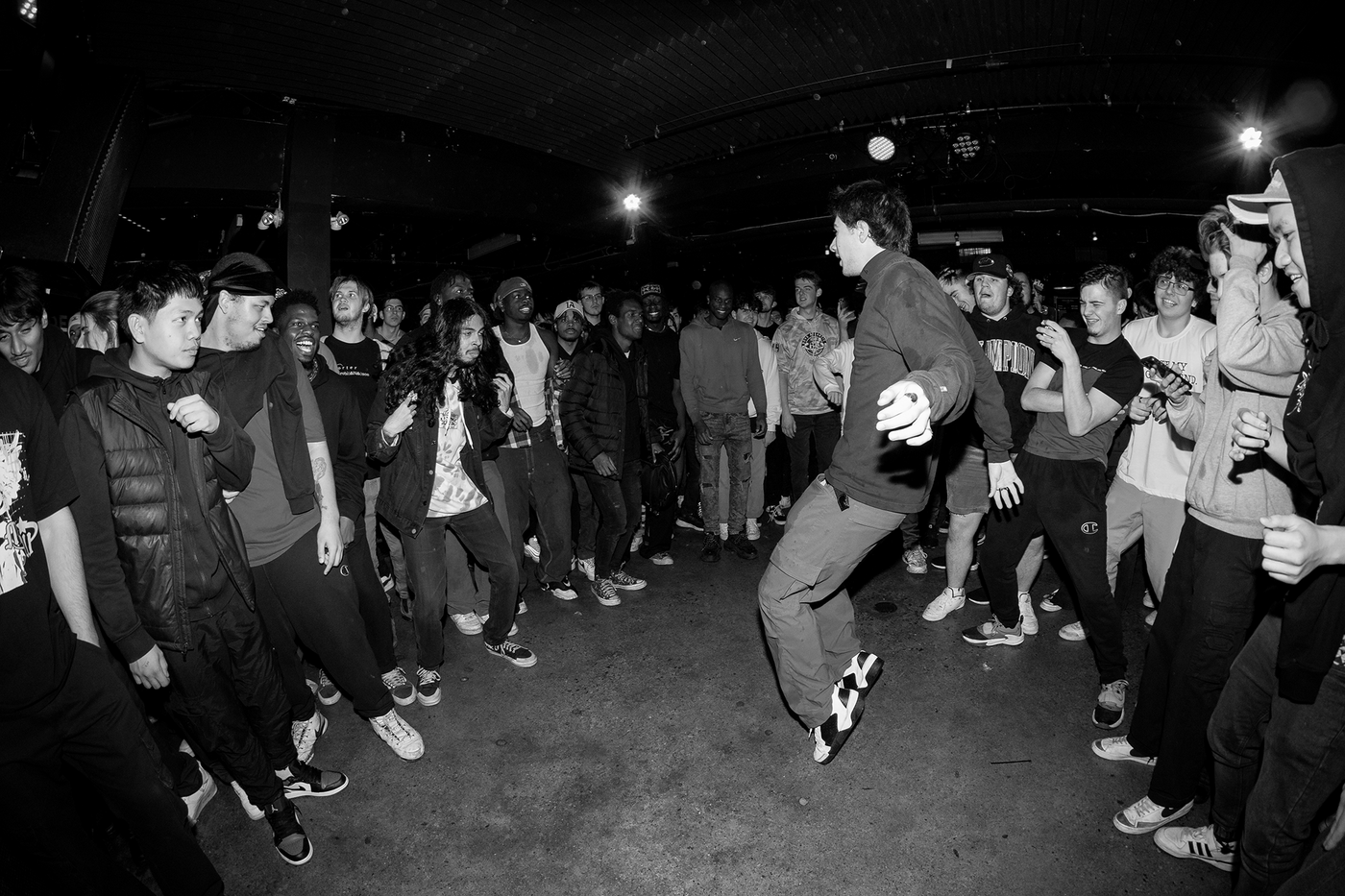 "Traditional nightlife photography can be hard to pin down to one thing, but to me, it usually consists of anything that feels too manufactured," said Kian Gannon, a Toronto-based photographer.

Gannon works focus on the obscurity of nightlife, and moments of distortion, weird angles and strange compositions. In Gannon's eyes capturing the energy of the room is important.

"My process is pretty reliant on what I have in front of me and which
moments I gravitate towards capturing," said Gannon. "It feels pretty unorthodox and has put me in situations where I look around and I’m the only photographer in the room that’s in the centre of the crowd."

In 2022, Gannon photographed Boiler Room sets, First Class Fest and a Bambeeno event at Sari Not Sari. Gannon's aim is to present the viewer with the truth of nightlife, instead of a glamourized fictitious version of it.

"Something I’ve been doing a lot recently is shooting photos into the crowd more than onto the stage," said Gannon. "By putting those photos together at some point, I’m hoping to create a snapshot of how many dimensions exist in Toronto’s nightlife and art scene."

Nightlife photography's evolution has been dominated by young creatives and assures us that in 2023 we will see their works grow. Obscurity and real snapshots of life are what matter the most when documenting the city at night.

"Toronto is such a special place for art, creation, nightlife, and so much more, I’m just trying to do it justice and show it as I see," said Gannon.