A popular music venue and nightclub in Toronto could soon go the way of the condo, or perhaps rental. It looks like The Phoenix Concert Theatre is the next target in the crosshairs of Toronto developers.

The popular spot for local indie and underground alternative acts is the subject of a new development application submitted on Sunday.

And while the full scope of the proposal at 410 Sherbourne Street is currently only known by the project team and city planners, it's looking almost certain that the Phoenix will either have to move or close altogether due to the plans based on the limited details available. 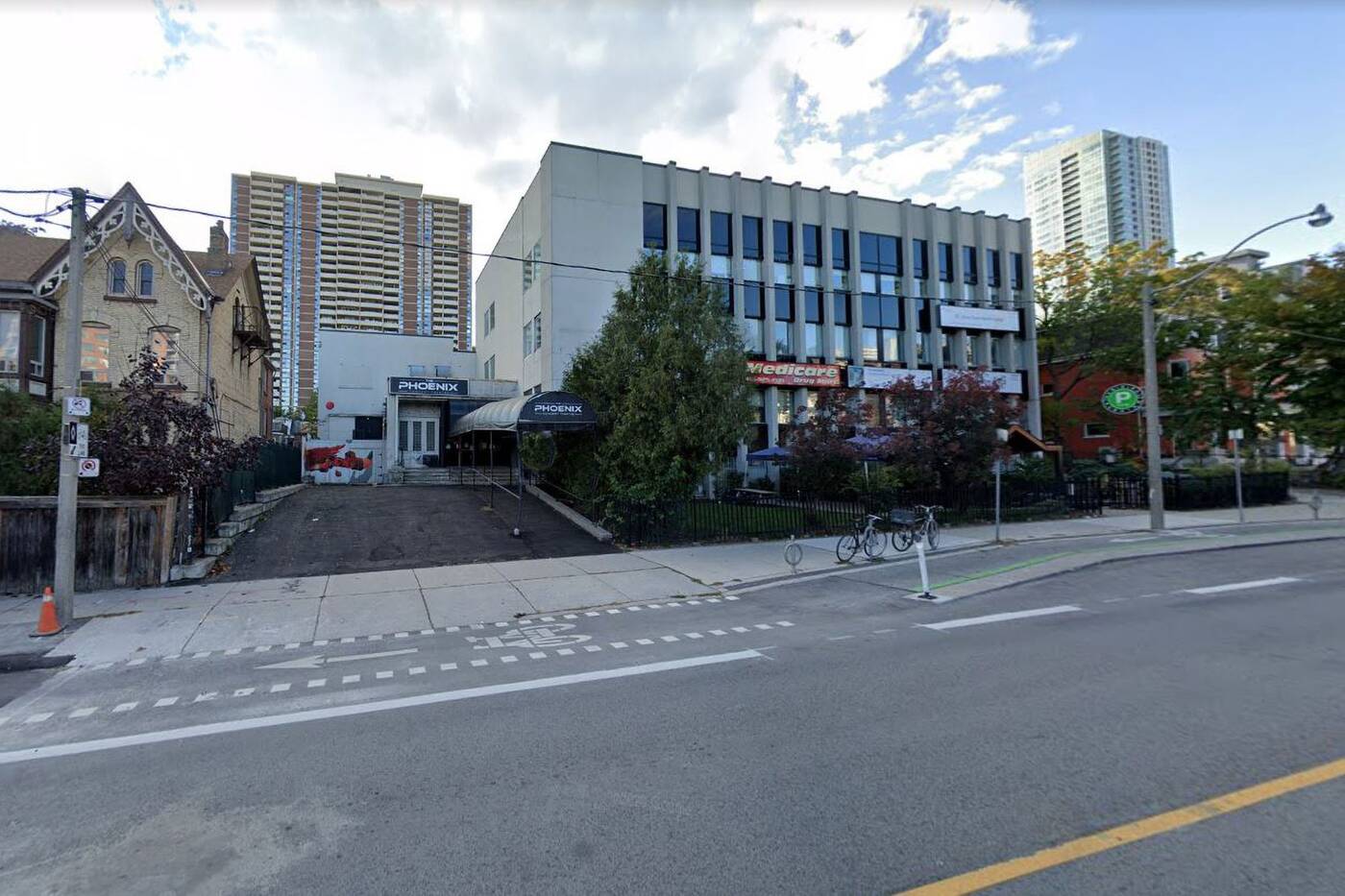 The Phoenix Concert Theatre at 410 Sherbourne Street and the attached medical building would be replaced by a high-rise residential building if plans are approved. Photo via Google Street View.

It's still very early, and we won't have a full understanding of what will replace the storied concert venue and medical building next door until the full submission is made public by the City, but some initial details have been included. And they’re pretty telling.

At this stage, we can tell you that the proposal seeks to bring a 39-storey residential tower to the site. While the plan is referred to as mixed-use, the majority of the building would be dedicated to residential space, though it is not yet specified whether the units would be condos or rentals.

The 281 square metres of commercial space included in the brief project summary currently available is a mere fraction of the 1,700 square metres that the Phoenix occupies.

Far too small to accommodate a replacement for the music venue or the medical building on the site today, it's safe to assume that this small slice of commercial space would be a retail component.

It wouldn't just be the Phoenix getting redeveloped, but a long and complex history of music and other entertainment uses that have drawn crowds and helped forge memories dating all the way back to the 1950s.

Originally it was ballroom dancing and dinner parties for the German-Canadian Club Harmonie, before the venue was transformed into the ill-fated Toronto offshoot of Greenwich Village-based club Village Gate.

Next, the building became home to an '80s counterculture icon in The Diamond, a dance club known for its mash-up of punk and glam styles.

Punk and glam gave fell out of favour as grunge took the counterculture spotlight, and the Diamond closed in 1991 to make way for The Phoenix, a primarily rock venue catering to changing tastes.

In the 30 years since, the theatre has hosted thousands of shows, and continues to hold a special place in the local music and counterculture scenes to this day. A mix of alt-rock concerts and weekly drag shows attract a wide assortment of patrons to what remains a local cultural hotspot.

At least for now.

blogTO reached out to Phoenix Concert Theatre for comment on the redevelopment plans, though the venue has yet to respond to our request.