The song "Courteney Cox" is an homage to the legendary Scream and Friends actress.

Price told blogTO over the phone from his Las Vegas home that he and his mom are "massive" fans of Courteney Cox and the iconic sitcom.

Price references Cox in the song saying, "Cougar flirting with me call her Courteney Cox" and, "I don't ever pay her no attention got my shorty locked in, yeah."

The song features verses from actor, producer, and musician Idris Elba, and even Courteney Cox herself.

Cox hilariously hits back at Price's verse in the video, saying," Sorry Connor but the door is locked," and," Look who's coming at you, yeah it's Courteney Cox."

The music video — which features three iPhone screens, and a FaceTime skit between Elba, Cox, and Price, was shot all on iPhone and edited by Price himself.

He says he put over 20 hours into editing the video and that both Elba and Cox were very involved.

"I remember one night I got a call from Courteney and she was showing me her laptop because she was working on the edits, and it was midnight," he said.

"She was so involved in wanting to make the video look as perfect as possible."

This star-studded video is a significant moment in the rising rapper's career, and it was all made possible by a domino chain of events that started in April 2020.

After testing positive for COVID-19, Elba posted a freestyle rap on his Instagram with an open verse for other rappers to respond to. Price, being a big fan of Elba, saw the opportunity and ran with it.

"I knew he was active on social media, so I had to respond quickly to get his attention, so, within a few hours, I downloaded the instrumental, I rapped to it, we filmed the video and uploaded it on Instagram."

Price woke up the next morning to find Elba had not only seen his video but had DM'd him on Instagram saying, "Hey, I loved it, let's do a song together."

"I saw his name, and it was too much. I woke up my wife Breanna, and we just freaked out," said Price.

Price recounts Breanna repeating, "Are you sure?!" and him yelling back, "Yes, yes, yes, I'm sure, there's a blue checkmark on the account!"

After initially connecting with Elba over WhatsApp, the pair began to video chat and work together musically.

"We started video chatting with each other and sharing ideas for the song," said Price.

What surprised Price the most during this creative process was how quickly talking to Elba felt like talking with a good friend and not a massive celebrity.

Price attributes this to Elba's 'humble' and 'kind' demeanour.

Price himself is no stranger to the limelight, though.

The young artist started acting at just 6 years old and has been in many notable films like Cinderella Man and Good Luck Chuck.

Most recently, he spent two seasons on Syfy's "Being Human" and three seasons on CBC's spy drama "X Company."

Price actively began to pursue music in 2016 after he showed his then-girlfriend Breanna some of his music and she encouraged him to do something with it.

While Price has always had a love for hip hop, he was afraid to dive into music because he "knew there was this stigma where people may roll their eyes at an actor trying to pursue rap. " 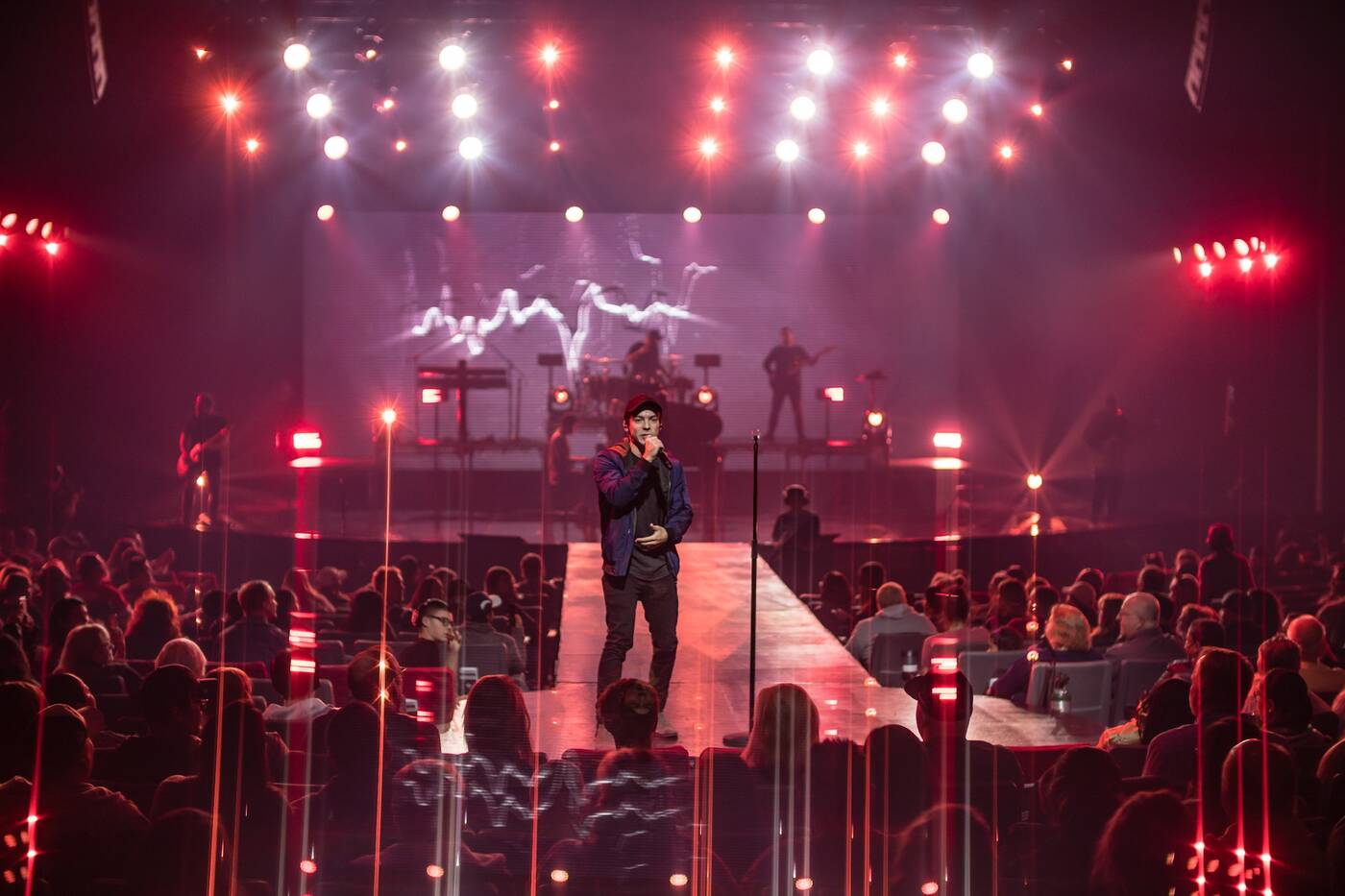 After Elba and Price nailed down the song, it became clear that they needed Cox in the music video and luckily enough, Elba's publicist happened to have a connection with Cox's publicist.

"We filmed videos of ourselves pretty much saying, 'We have a song, I hope you don't take any disrespect by it, we're fans of yours, it's an homage to you and who you are and we hope you like it.'"

"We didn't know what to expect, we just sent these little videos and hoped that she would understand what we were going for," said Price.

Cox proceeded to reach out for a meeting with Price and Elba and she brought the heat.

While Price was sweating over if she was going to be offended or whether she would like the song, Cox was writing bars and planning a full-on skit for the music video.

"On that initial phone call, she had her rap and the idea for the skit ready to go. On the group call, she played the MP3 of her rap on her speakerphone and we just started cracking up laughing because it was so funny," he said.

The trio went on to film the music video, including Cox's verse and skit idea.

When asked how he was feeling in the wake of the release of the video, Price said, "It's a balance of being extremely grateful and a mixture of pressure that whatever I do next is up to par but I'm trying to stay in the moment and just enjoy it."