A Toronto bar that hasn't put on a live music show in over four months has finally started hosting performers indoors again.

The Emmet Ray went from hosting 13 shows a week to none at all from April through July. One of the venue's last shows was its weekly Wednesday opera revue in early March, but by mid-March the business had been ordered to close. 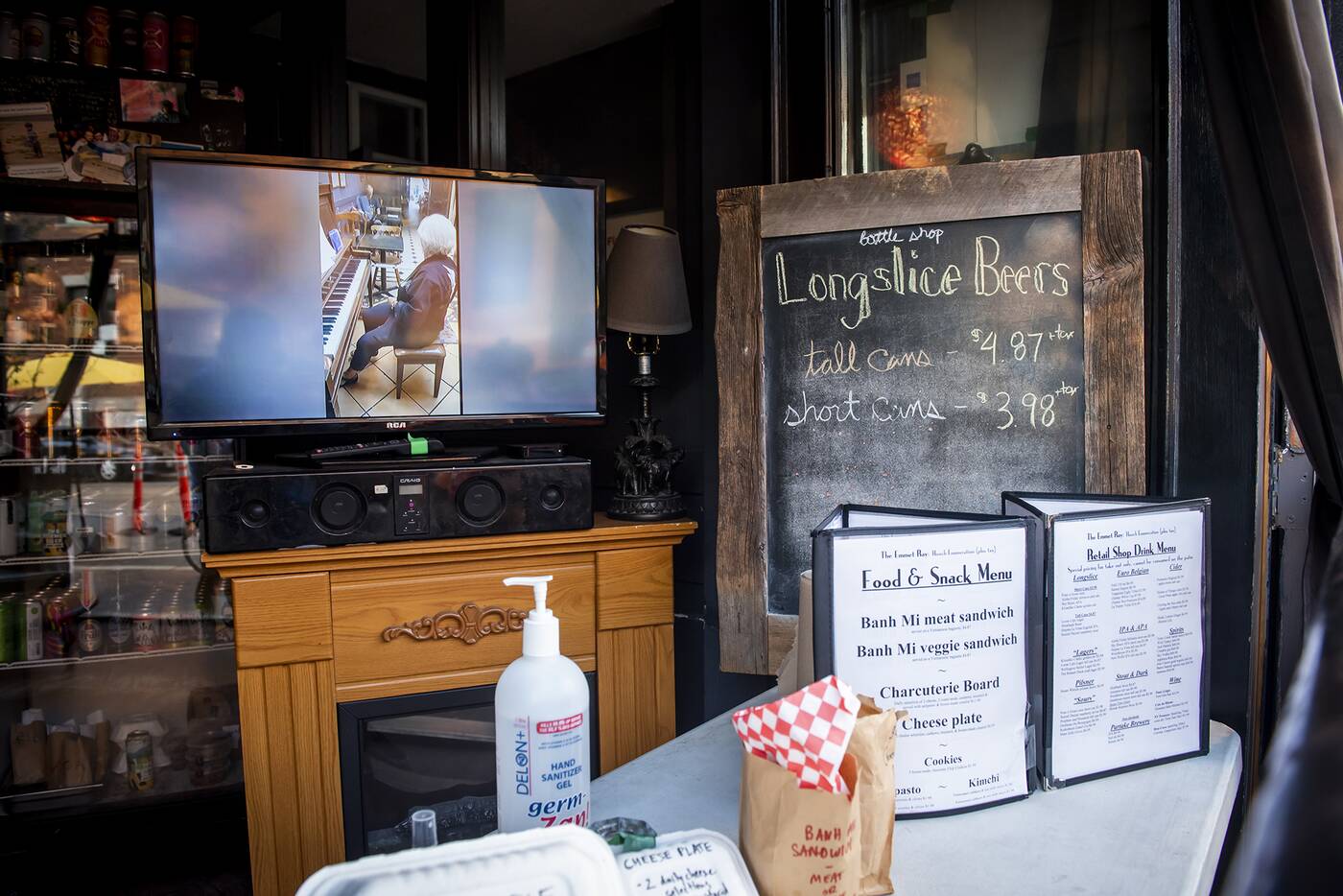 The bar pivoted during these months to operate as a bottle shop and takeout restaurant. 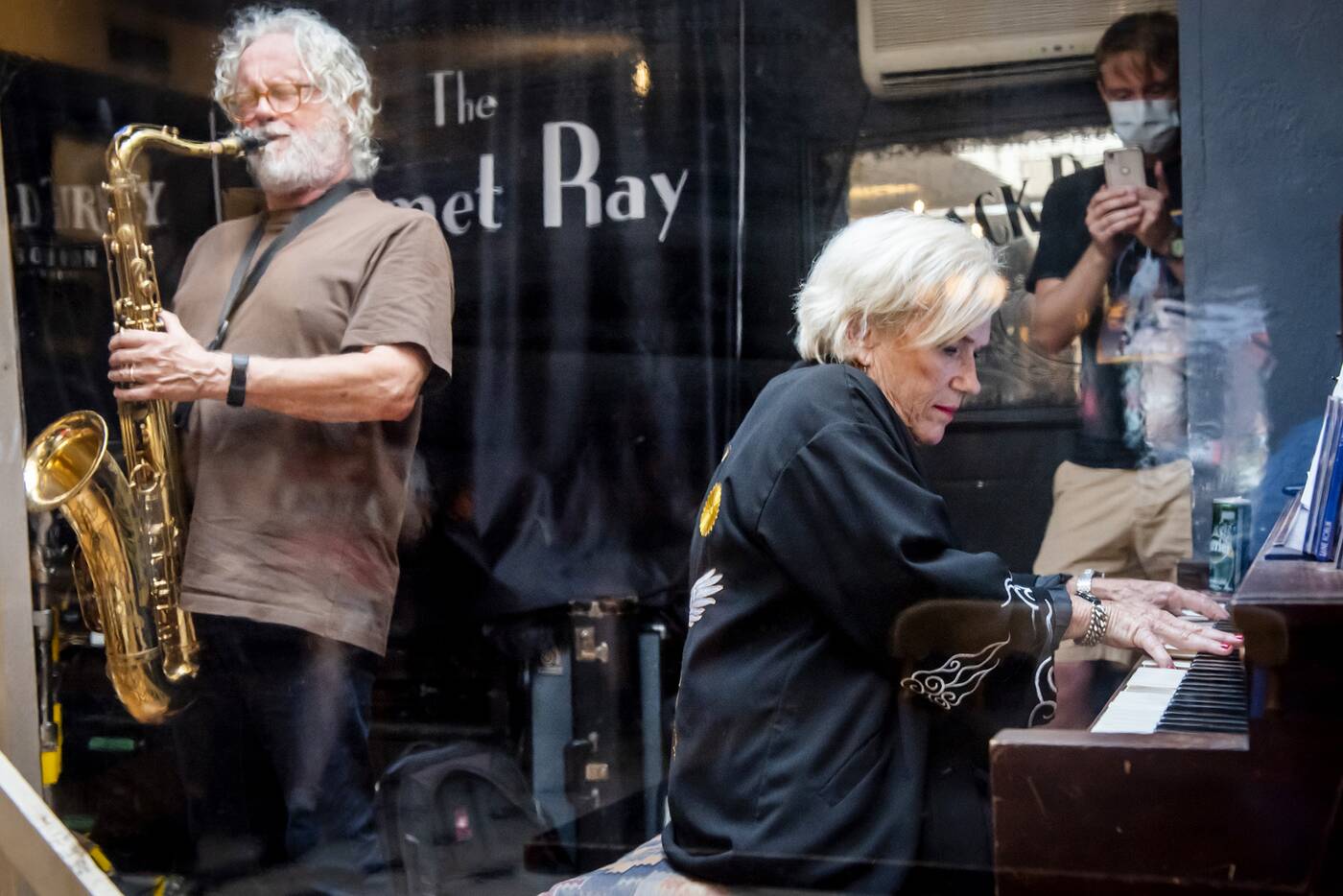 Now, the true life of the space has returned with socially-distanced shows, mostly jazz, in the safest way possible. 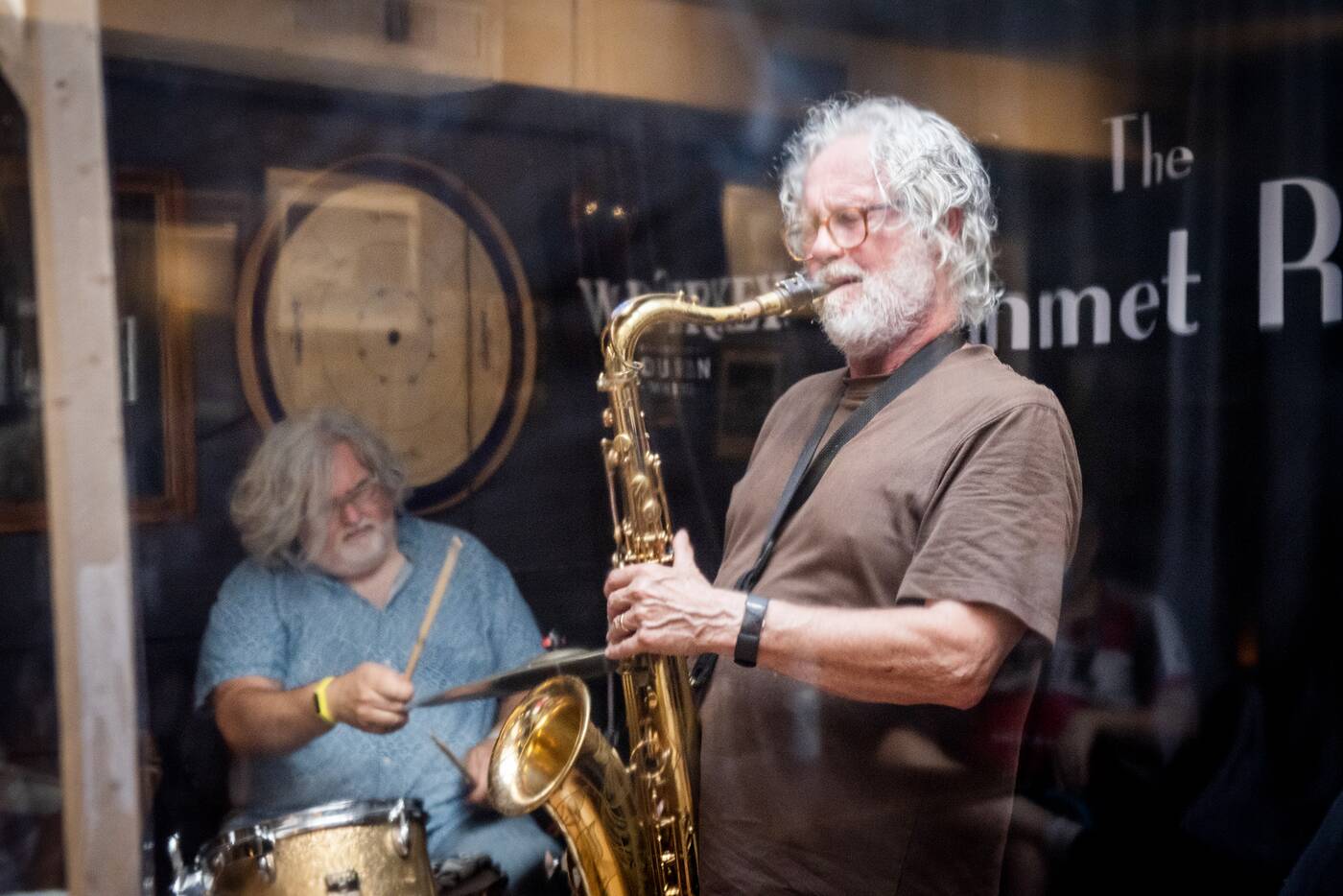 The back performance area, with its skylight and eclectic art on the walls, seats 36, but capacity is now capped at 12. 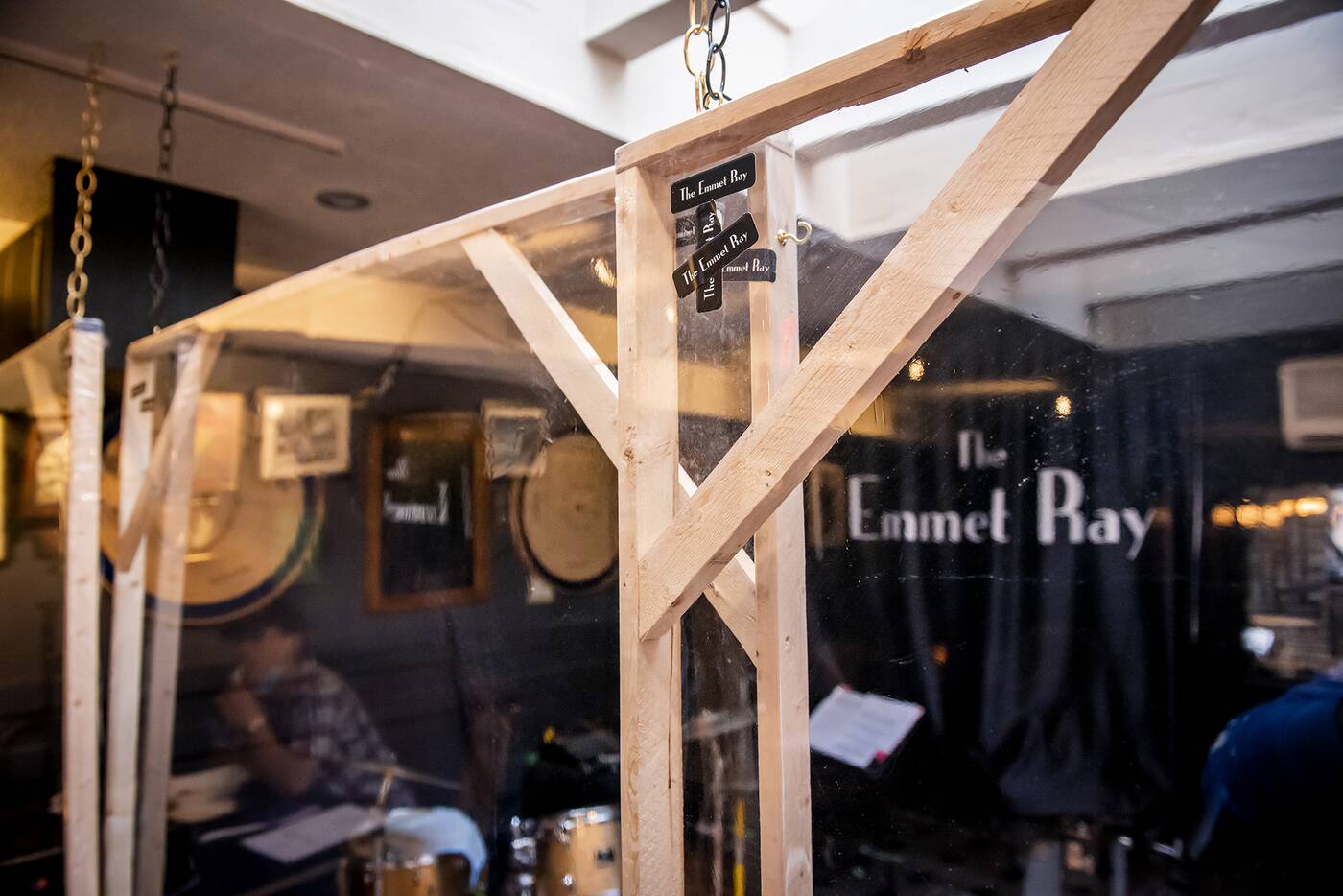 The bar staff built a back divider themselves out of storm windows rather than Plexiglas, as they found they're softer and sound bounces off them less. 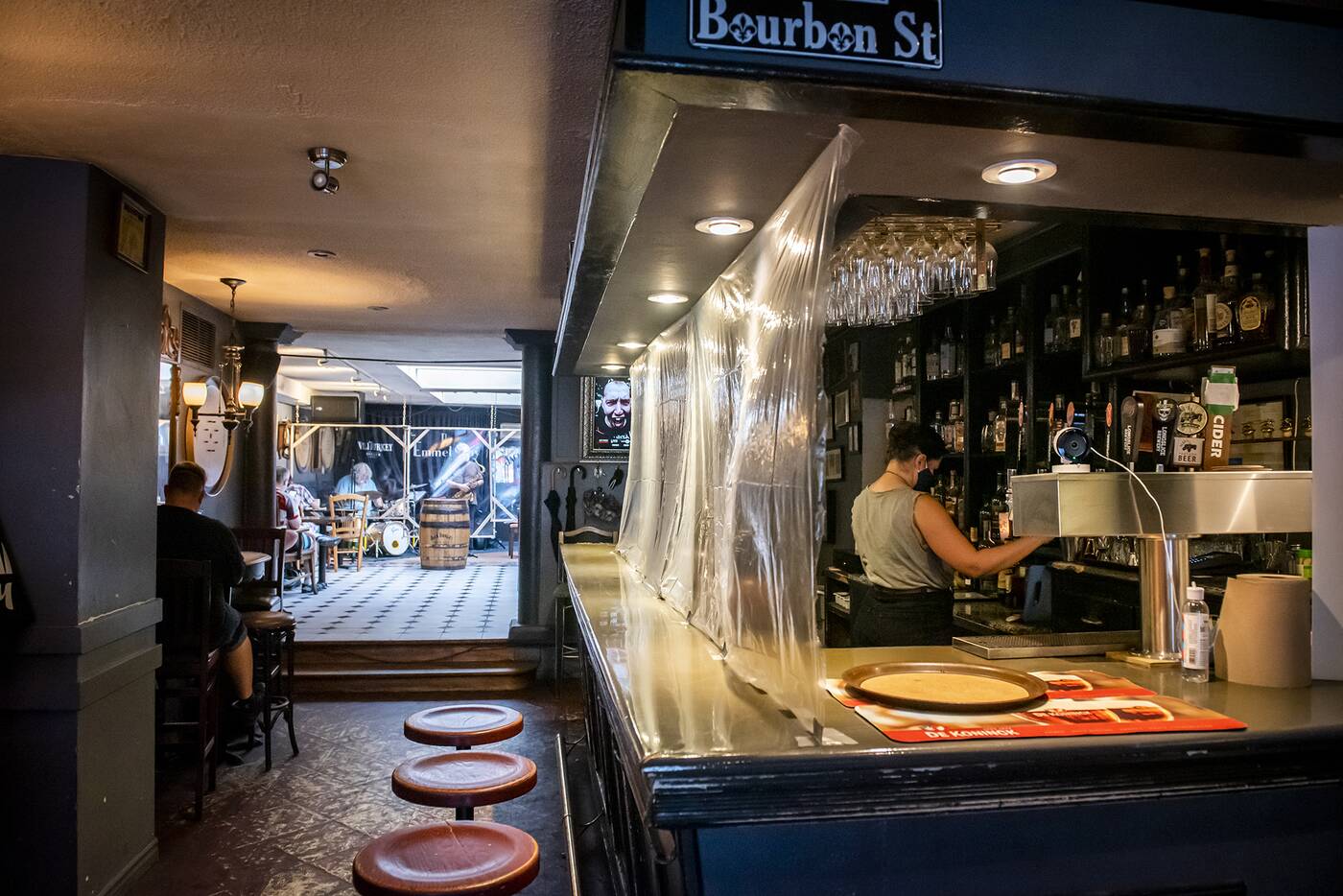 There's also a plastic barrier between the bar and barstools. 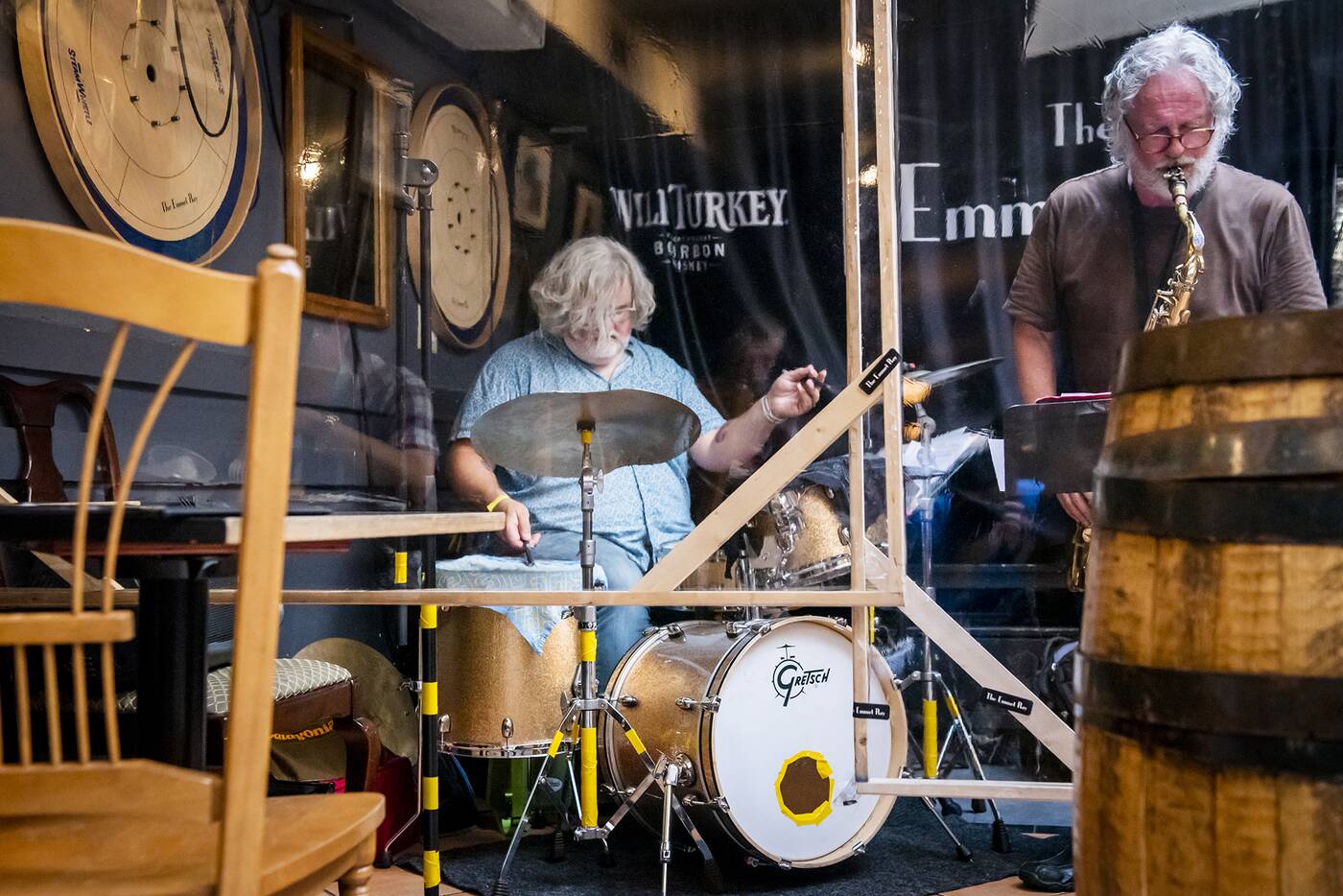 Owner/operator Andrew Kaiser says you're "never really notified of changes," making it challenging to keep up with rules that feel ever-changing, though they're still following all guidelines.

He says he prefers to call restrictions "health issues" rather than "safety issues," and that Emmet Ray is "promoting a healthy environment." 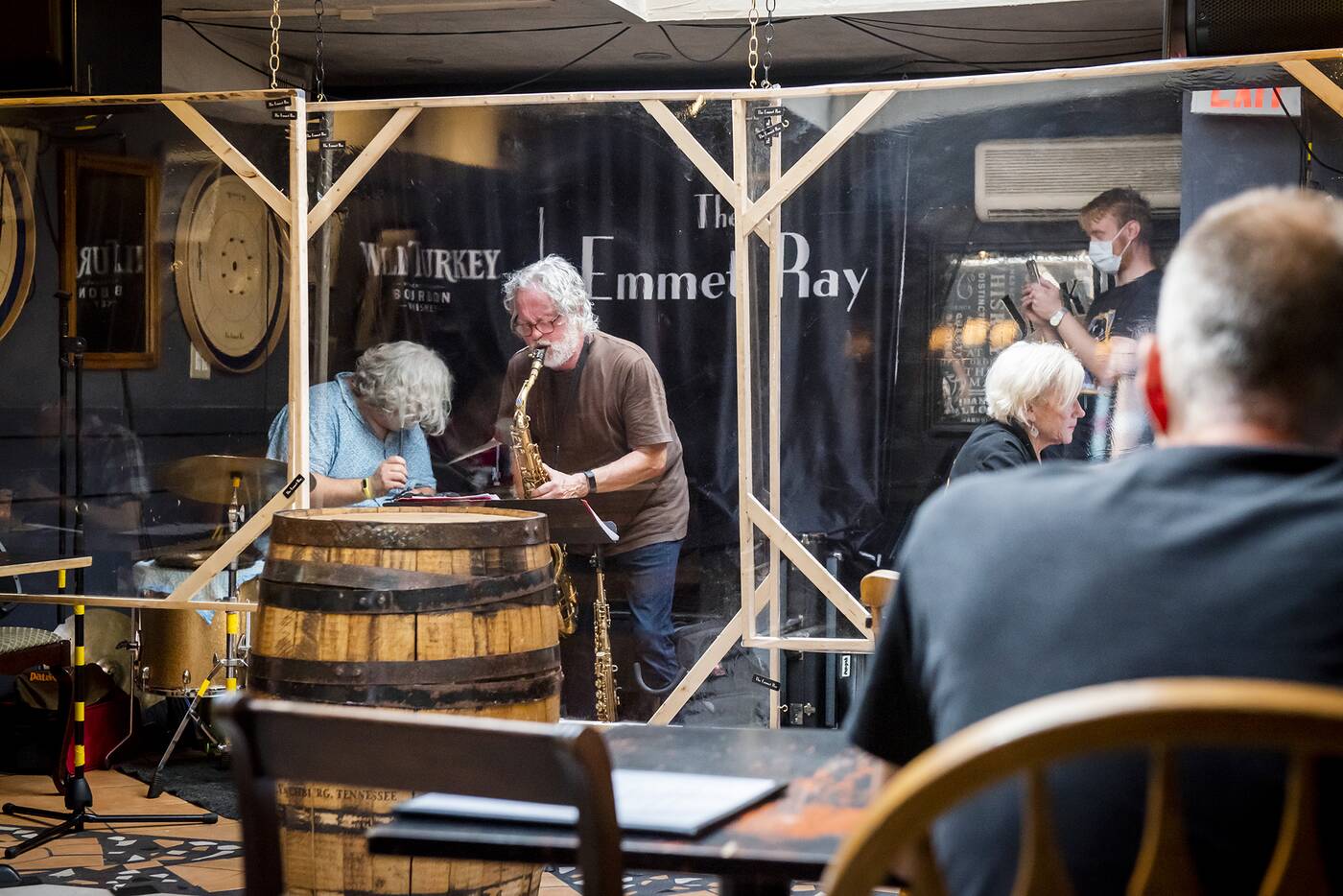 All staff wear face masks and customers are required to wear masks when not seated. There are sanitizing stations scattered throughout the bar. 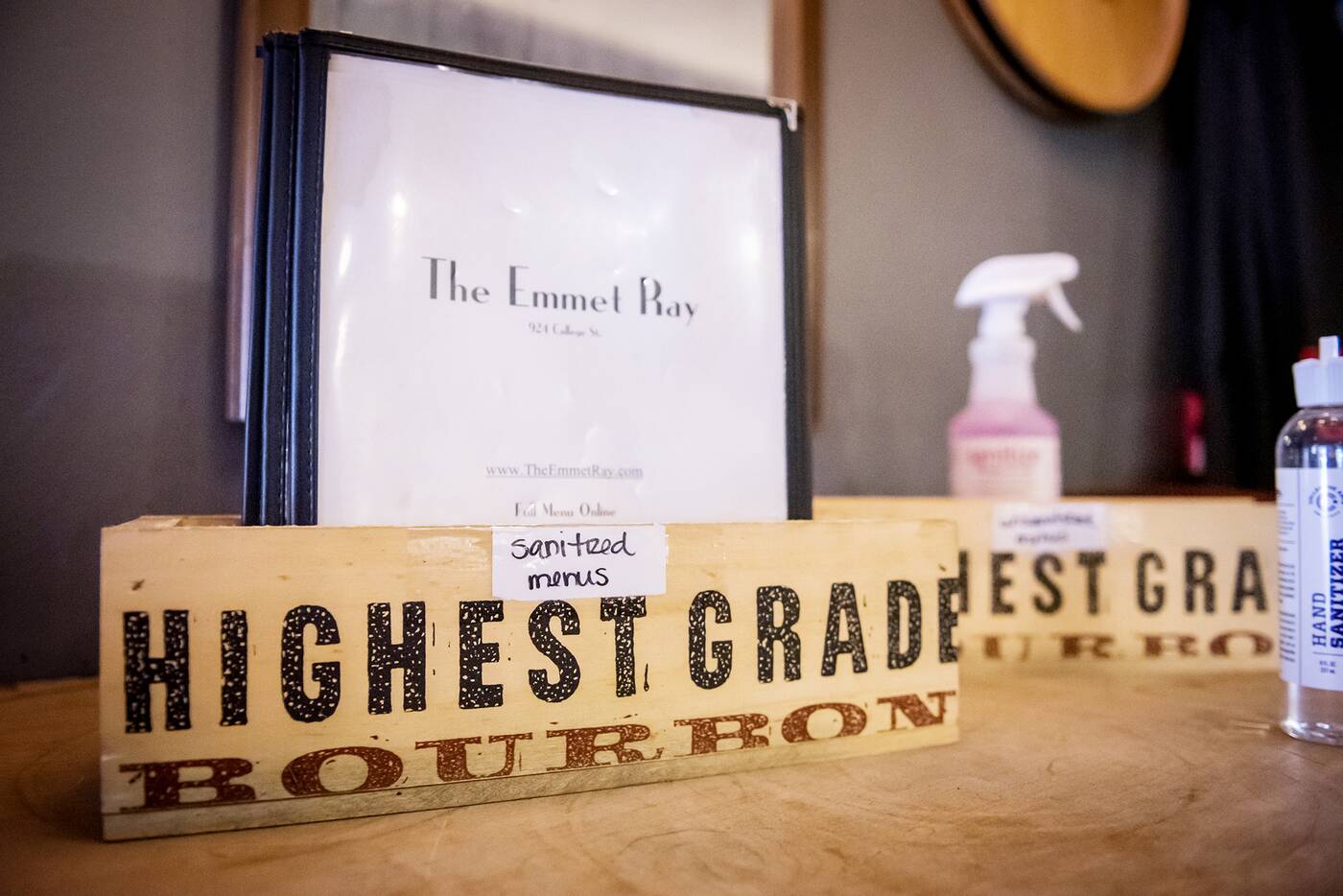 All menus are sanitized after each use, with clearly marked places for dirty and clean menus. Staff take down contact info from you for contact tracing so that pens aren't passed among customers. 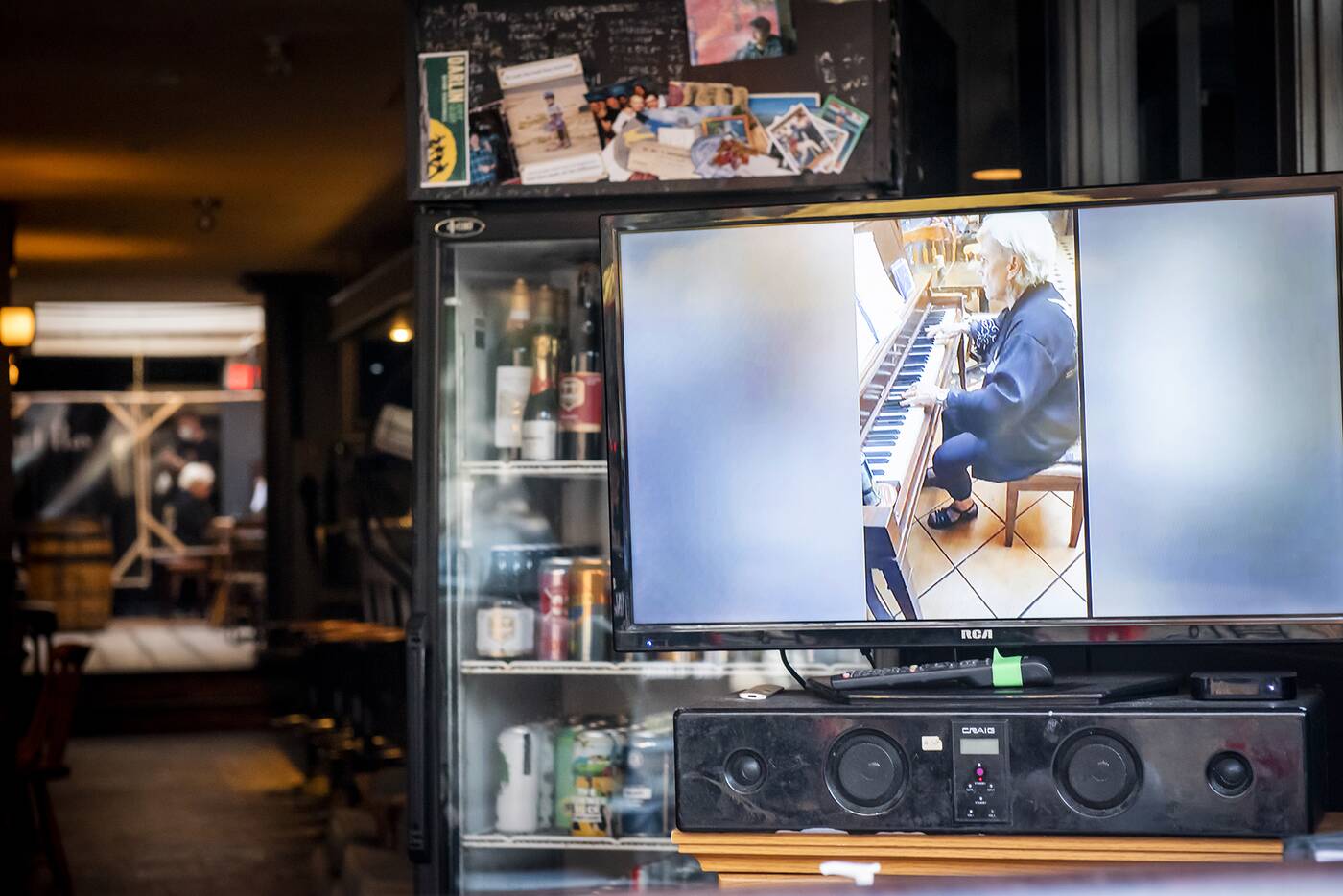 Kaiser is employing what he calls a "three-pronged approach," with live music inside that's live streamed both to the patio and to Facebook, so everyone can engage with the shows at the level they're comfortable with. 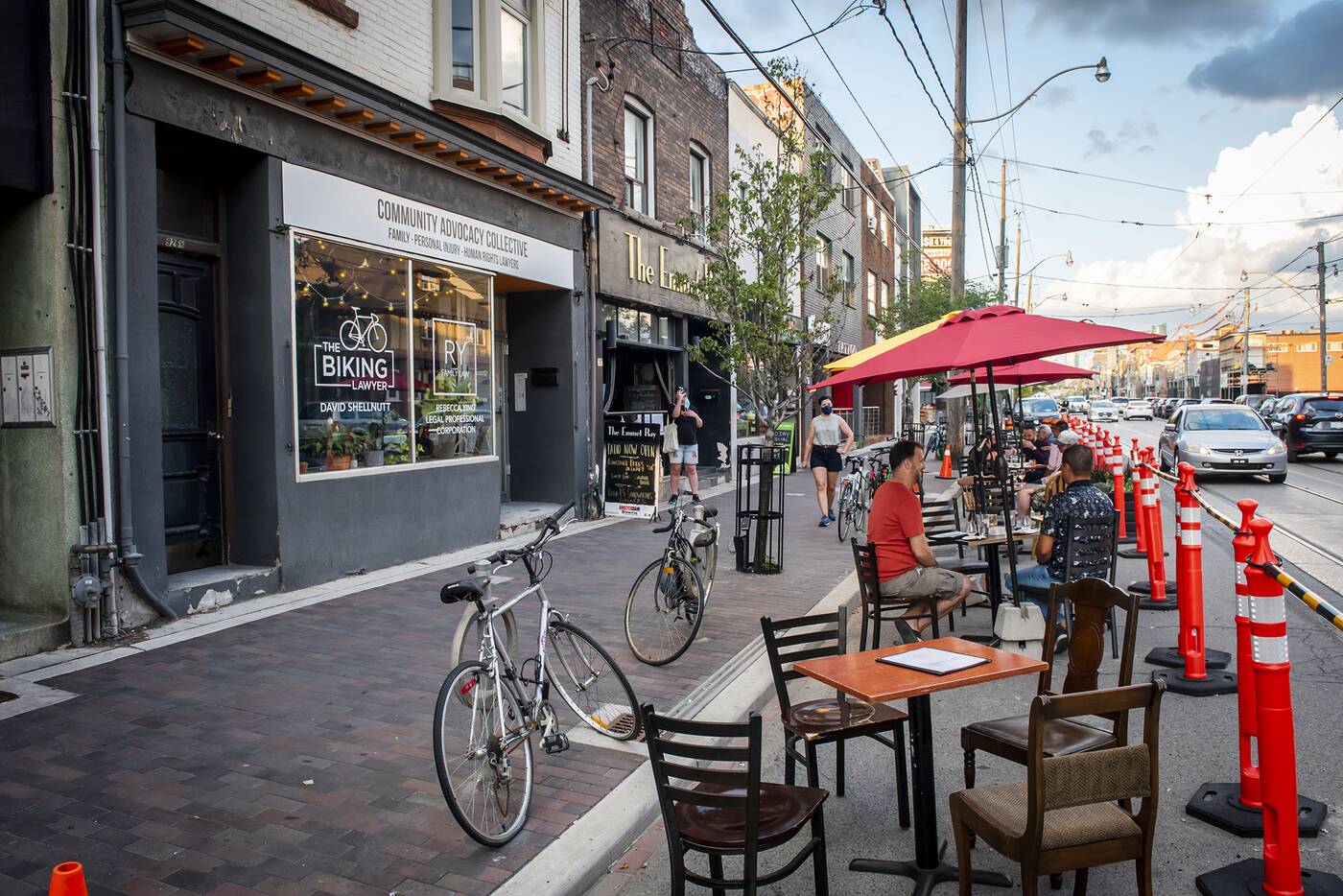 Kaiser just "wants everyone to be able to enjoy music." On the night of my visit, the performers are a jazz trio of reeds (Glen Hall), keys (Diane Roblin) and drums (Chris Cawthray). 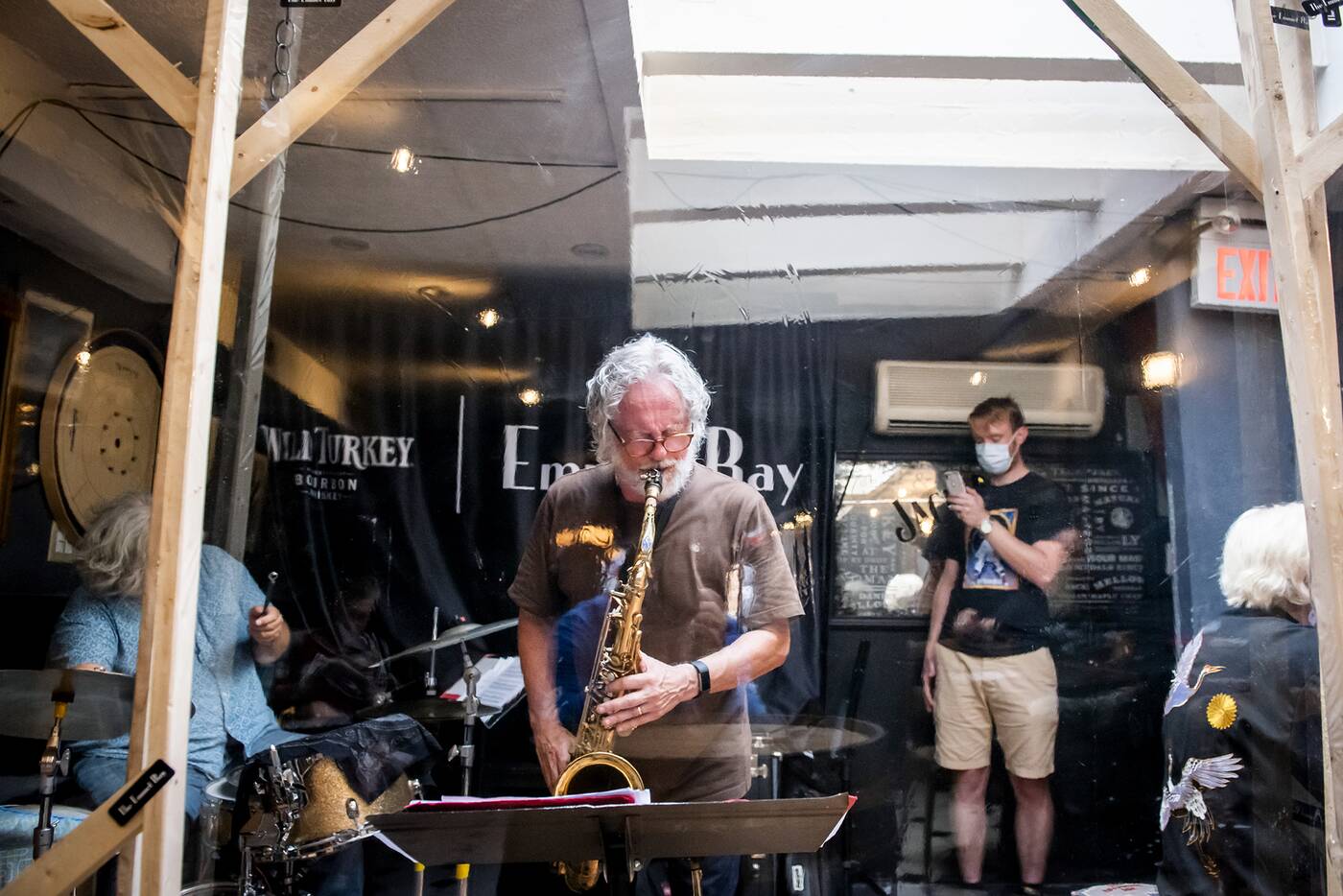 Though Kaiser says there's a "real up-and-down reaction" from customers regarding his decision to put on indoor live shows again, live musicians are just "really excited to play" again.

Though he says "the majority of people are still fearful," he's "not sure if people are scared of COVID or being judged." 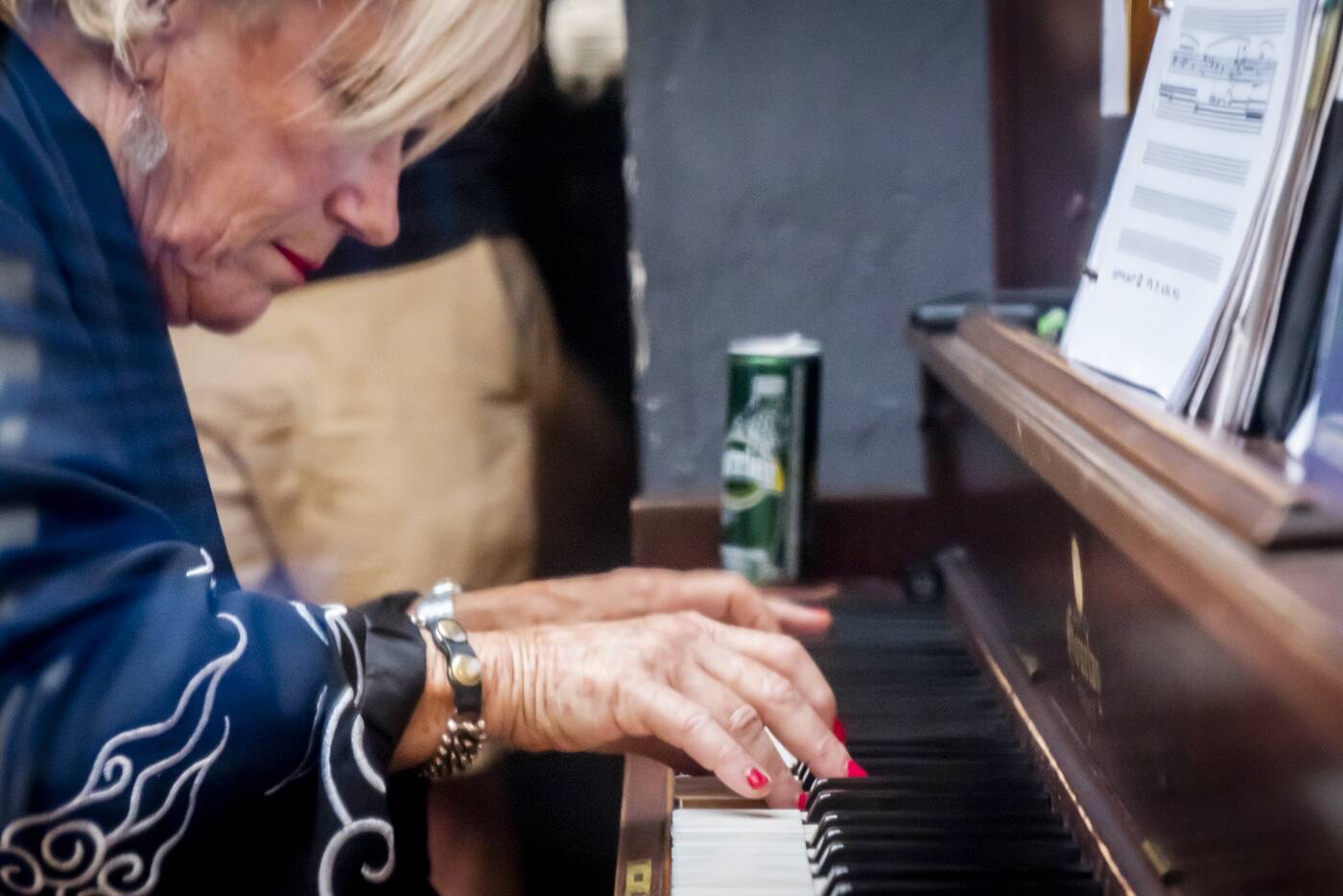 As for whether putting on live shows is helping keep Emmet Ray open, Kaiser says "without the rent and wage subsidy there's no way to be profitable." 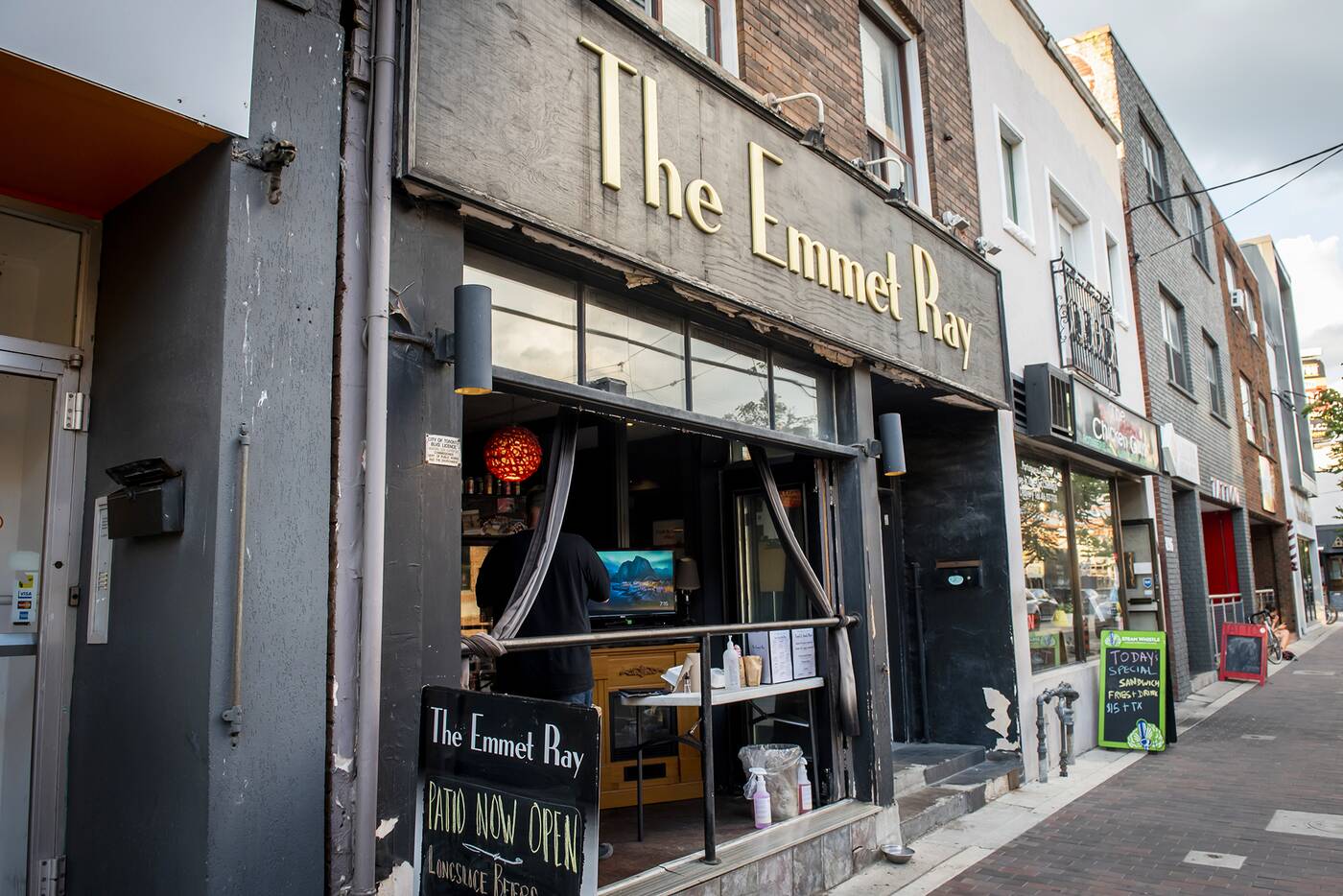