People are calling for music retailers to stop selling Fulltone products after the founder made insensitive comments on social media last week.

"By continuing to sell Fulltone products [they're] showing that [they're] happy to publicly display its support against racism, while privately placing profits over people," one musician told blogTO.

The comment Fulltone founder Michael Fuller said in a post last week has since been removed: “What is this like night 4 of looting with 100% impunity. The pussy Mayor and Governor don’t give a shit about small businesses, and it’s never been more clear.”

The original post was followed half an hour later with a comment on the original post stating, “Ahh I feel better, and flushed out some prissy boys who were raised to pee sitting down. Now I’ll delete.”

This post, along with snippets of private messages, were viewed by many as misogynistic, anti-gay, crude, insensitive, and racist.

Fuller did issue an apology saying: "I sincerely apologize for my harmful words." 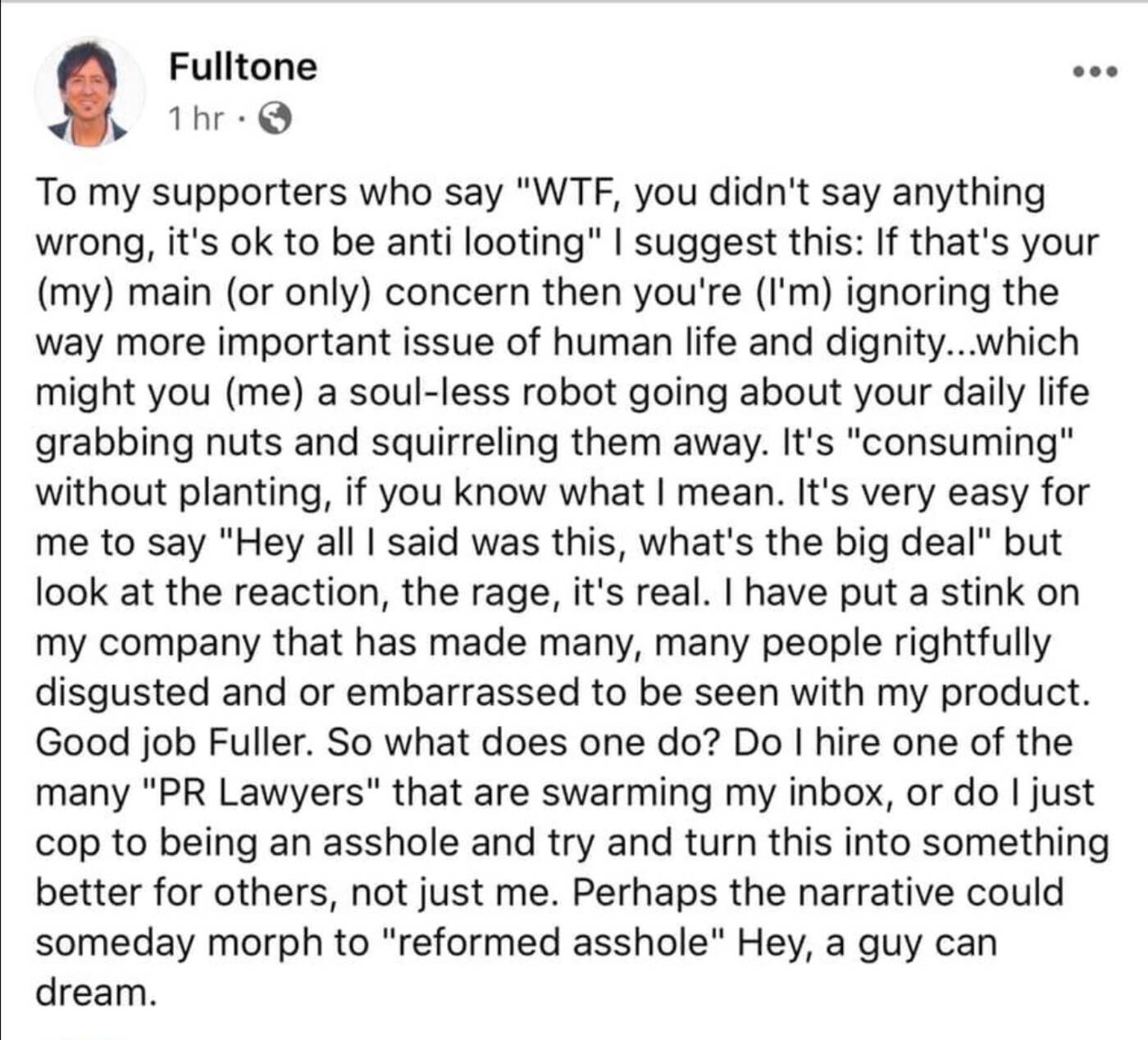 The Fulltone Pedals founder posted this statement to social media.

However, many felt the apology wasn't sincere or enough and as a result, they've started boycotting the products.

Hey musicians: Fulltone Pedals isn’t on twitter but here’s what they have to say about the protests. FUCK this brand. Boycott. pic.twitter.com/3XrgRnYOYj

For example, individuals have been throwing their products out or selling them and donating the money to charity.

"Due to recent events with the owner of Fulltone, I’m selling this and will be donating the proceeds to an appropriate cause that run counter to the shit Mr. Fulltone’s been spewing," said a Facebook user on a Toronto Gear Community page.

Meanwhile, some retail companies like Reverb.com, one of the largest online music gear retailers, have suspended sales of new products.

Yet, several companies in Toronto, such as Long and McQuade, Steve's Music Store, and L.A. Music, among others, are still selling the products despite the controversy.

Steve's Music and L.A. Music didn't respond to blogTO's request for comment but Long and McQuade had this to say.

"Michael Fuller made some comments that were in poor taste and has apologized for his comments. Fulltone is a small company, producing products in North America with many long-term employees. It is not our wish to see his company go out of business and all of his employees lose their jobs during this pandemic," said Steve Long, owner of Long and McQuade.

"We are monitoring his future activities, and have made it clear that these type of comments are not acceptable to us."

However, as one musician told blogTO: "When faced with a global movement to end systemic racism, copy and paste responses are not enough."