This is where vinyl records are born in Toronto

Viryl Technologies doesn’t actually have anything to do with viruses or “going viral.” They manufacture vinyl pressing plant equipment, and also press vinyl themselves.

They’re the makers of the world’s first fully automated modern record press, and have helped open 19 plants worldwide (and counting). 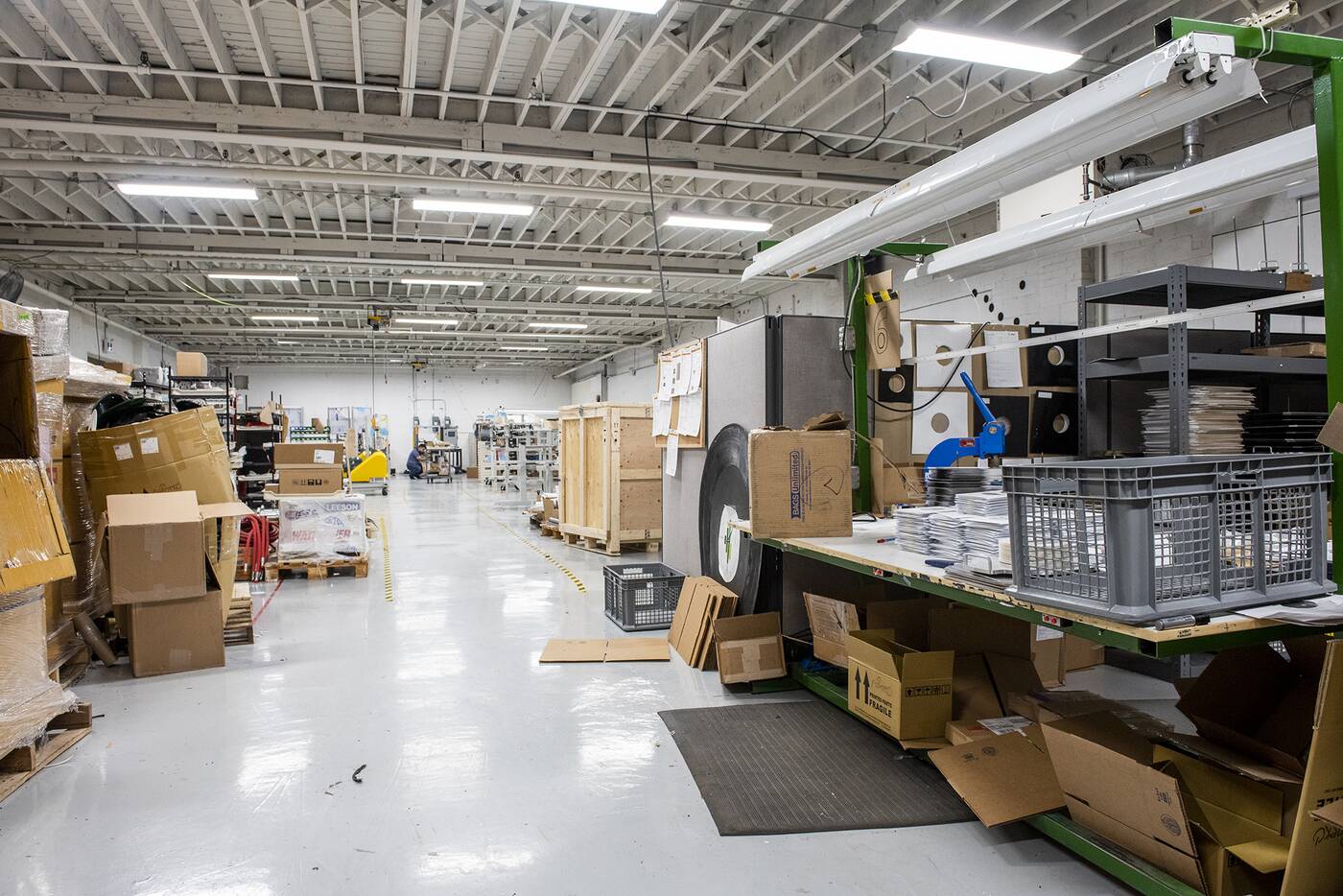 The operation is housed in a low-lying building on Norseman in South Etobicoke, after moving from a smaller space on Goodrich. 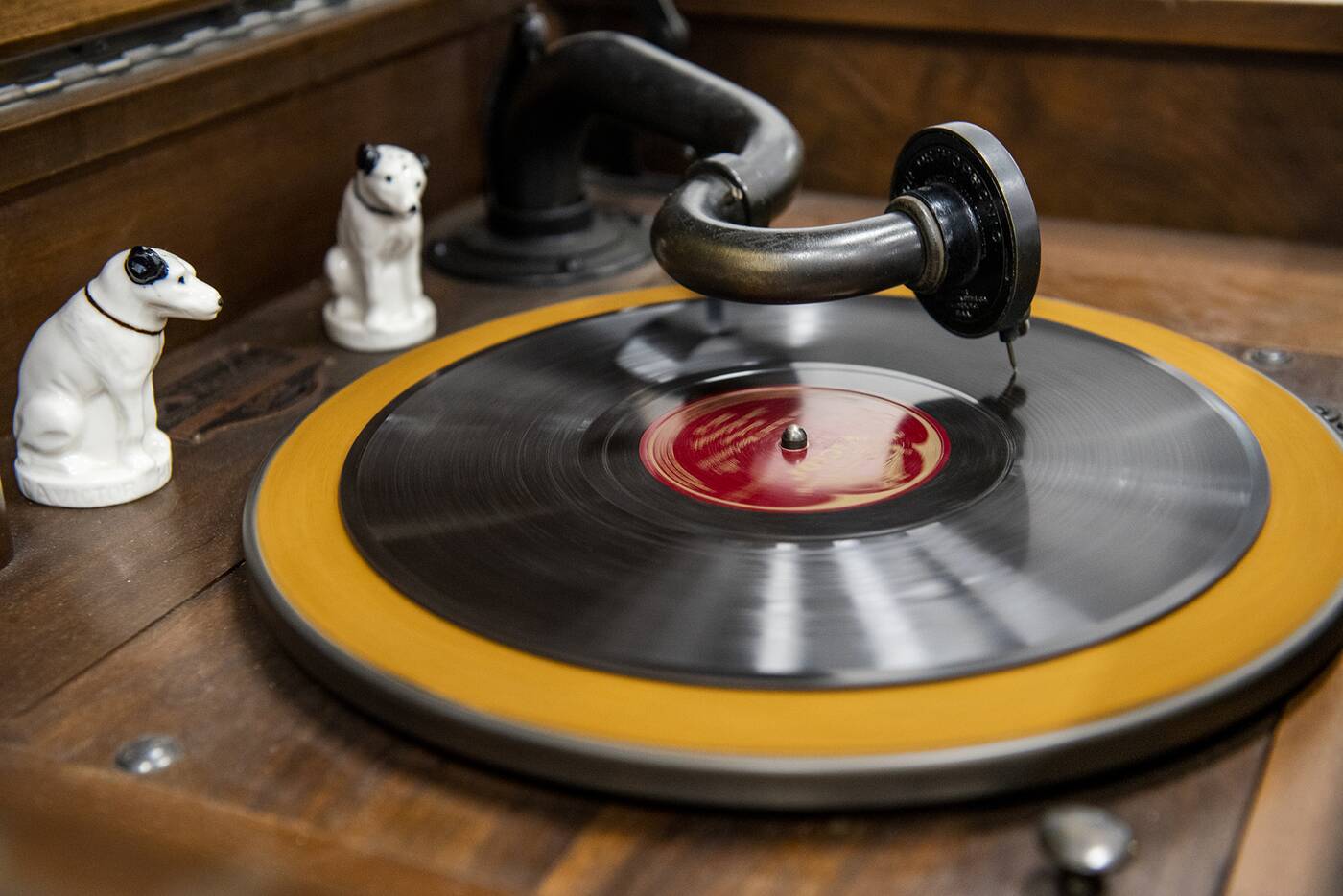 Here’s the thing: automated record presses with 1980s technology stopped being manufactured around 1988. Because vinyl was on its way out, right?

By the time everyone realized what a crock that was, there had already been a considerable break in production of manufacturing equipment that’s been baffling to recover from. 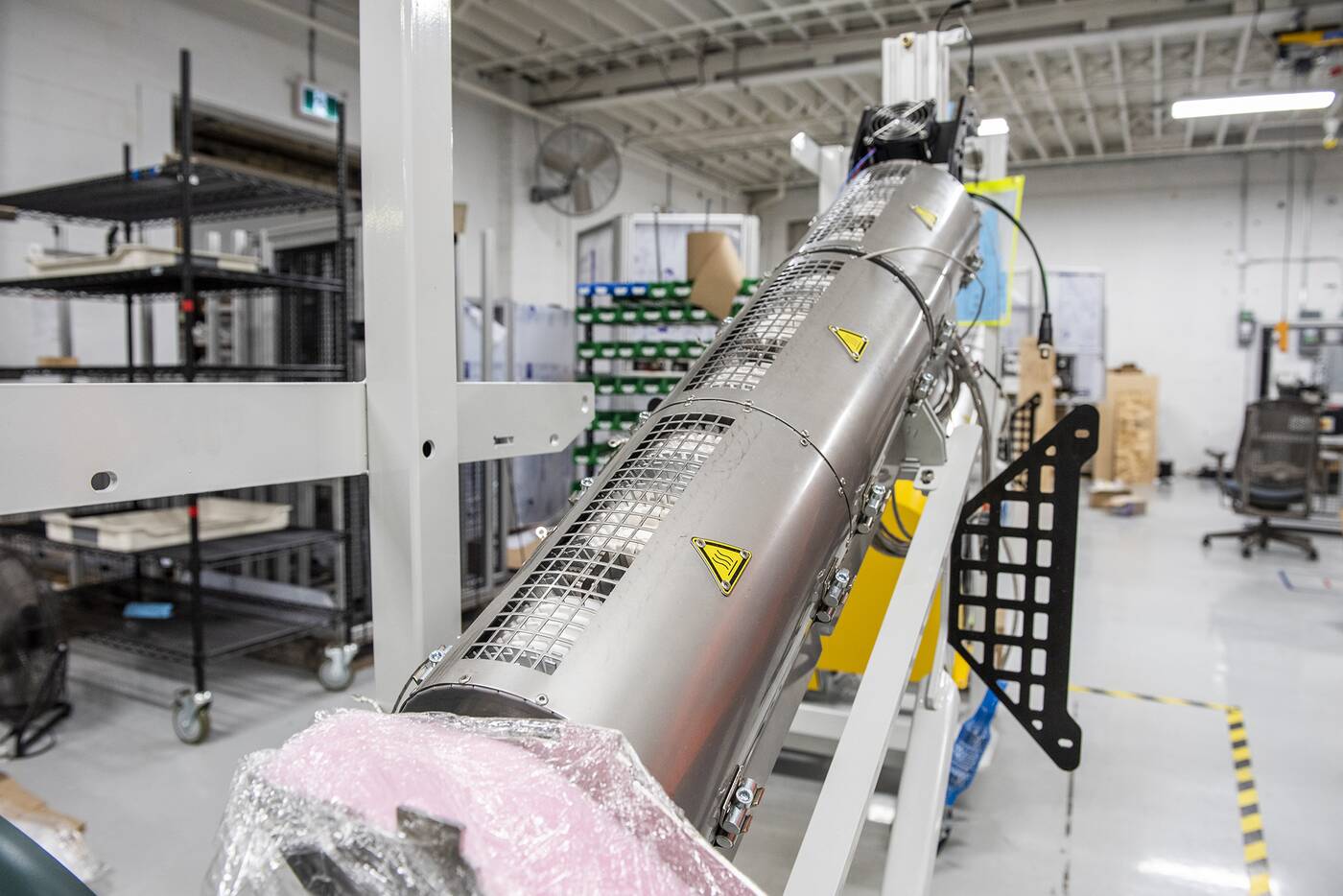 All machines are custom manufactured to order right in this space. Aside from the 19 plants Viryl Tech has helped open, it’s estimated there are about 50 of these machines running in general worldwide, from the U.S. to Asia. 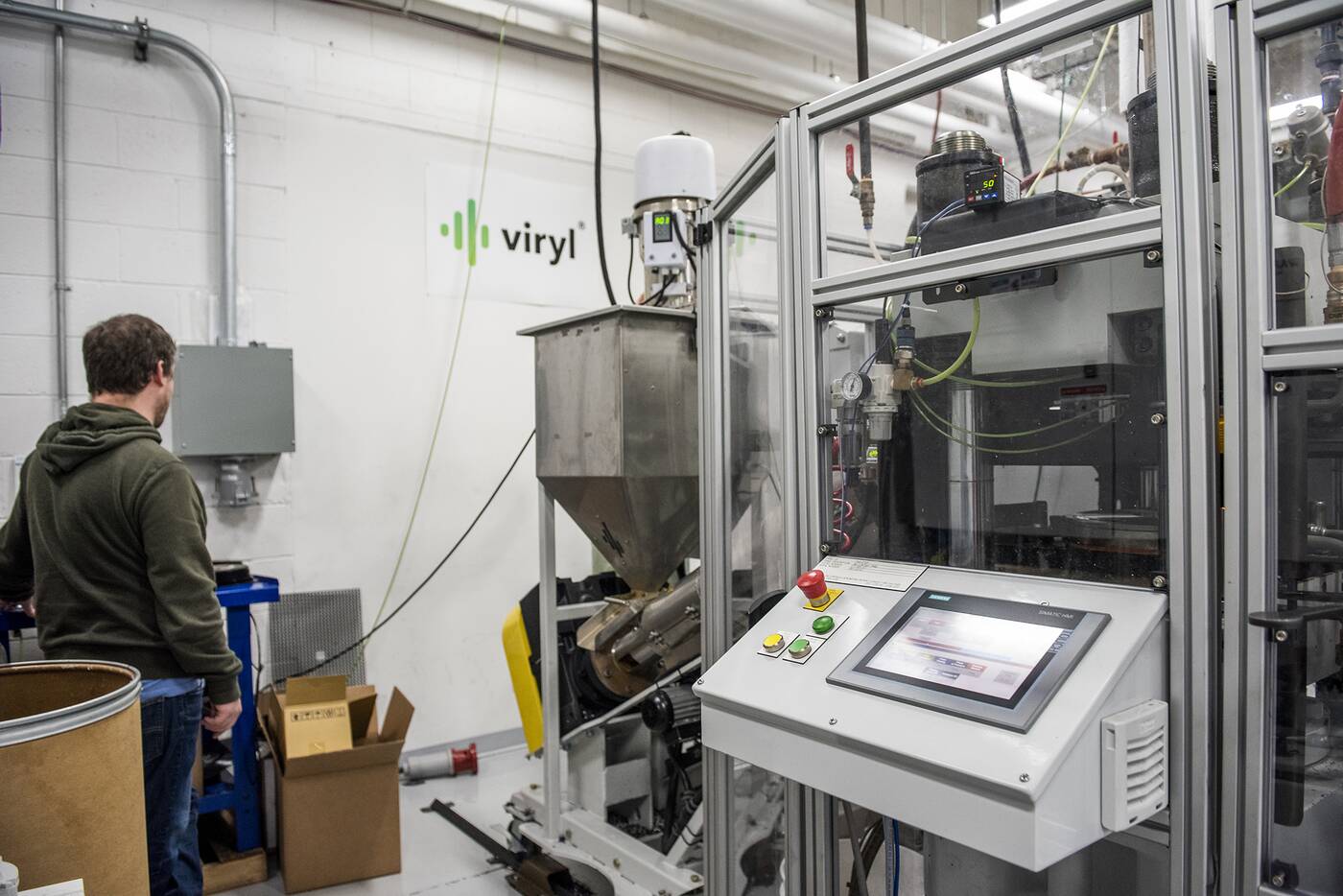 The WarmTone is the name of this first fully automated machine, designed to deliver classic sound through modern design with less waste and 21st-century tech, like software and touch screens. It can produce up to 1,000 records in an eight-hour shift. 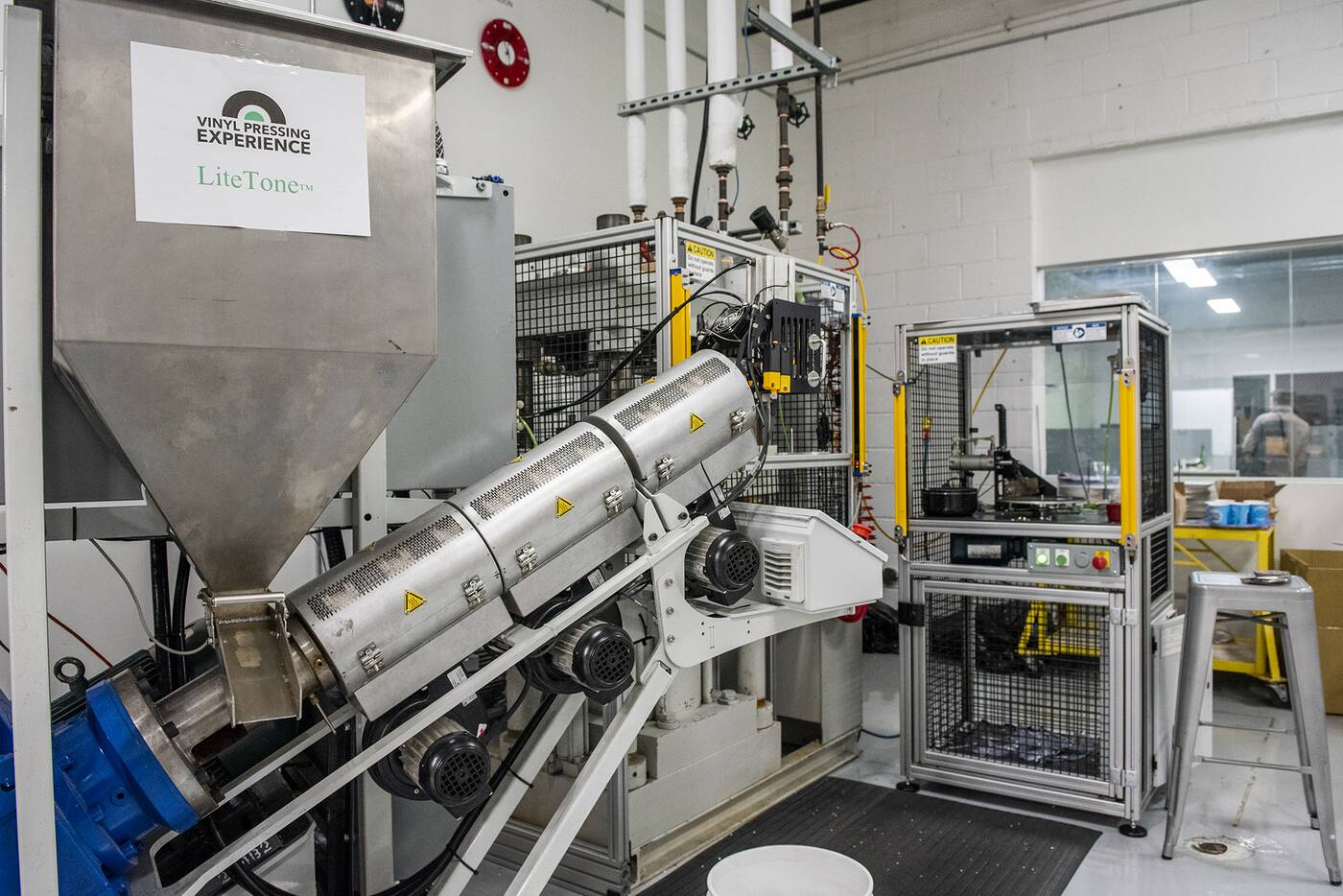 The LiteTone is Viryl’s version of the press that isn’t fully automated, basically the WarmTone broken down, requiring manual assistance from a human to do everything the WarmTone does. 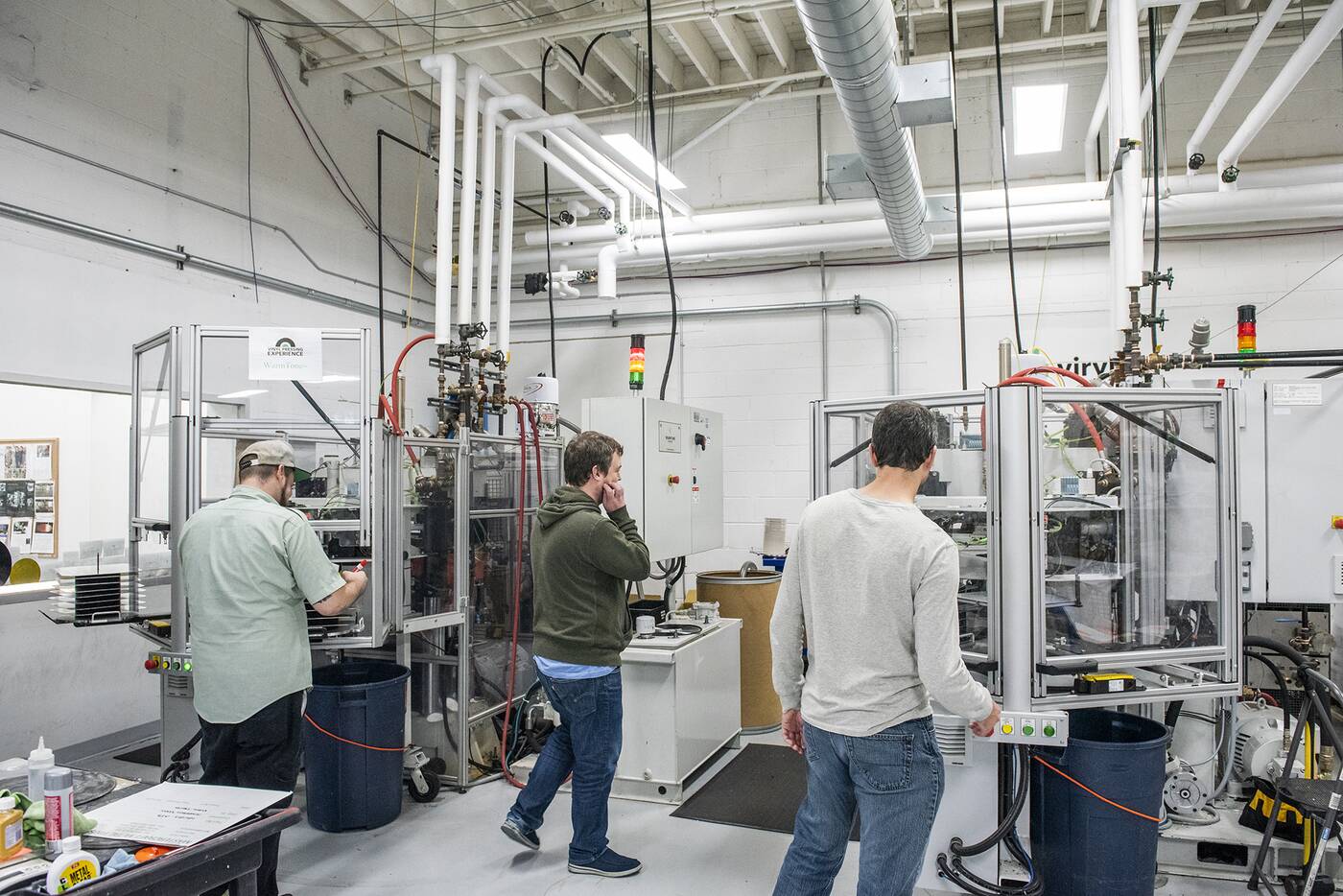 It’s actually a great option to have because it allows for more customization of small batch vinyl, like decoration with colours and splatters. Viryl Tech houses two WarmTone machines, and just one LiteTone. 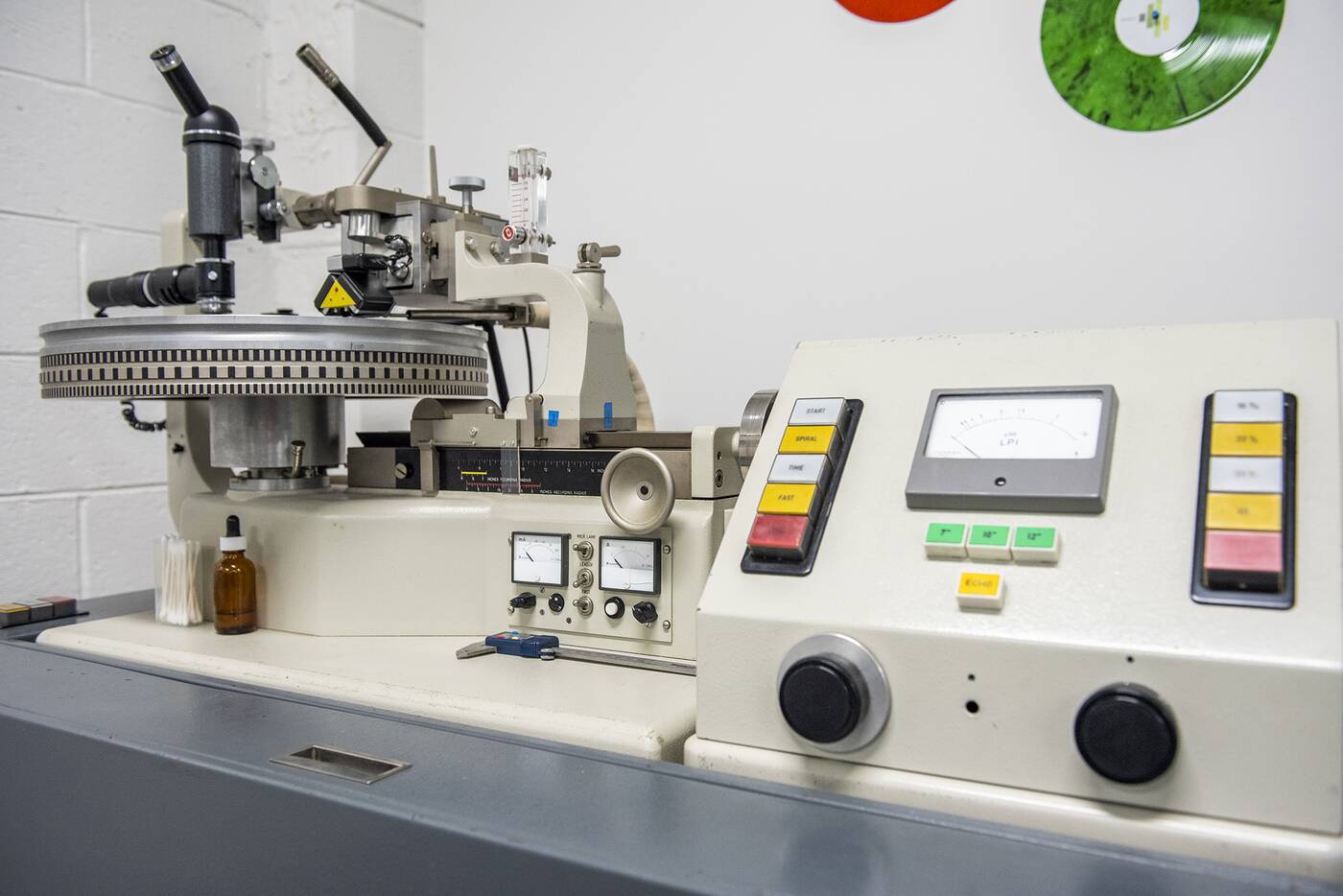 One thing Viryl Tech could not build themselves was vintage Neumann mastering equipment, which is not manufactured anymore.

There are only 120 in the world, this 1972 model fully restored. Like an analog version of Pro Tools, this machine creates the originals from which all other vinyl copies are reproduced. 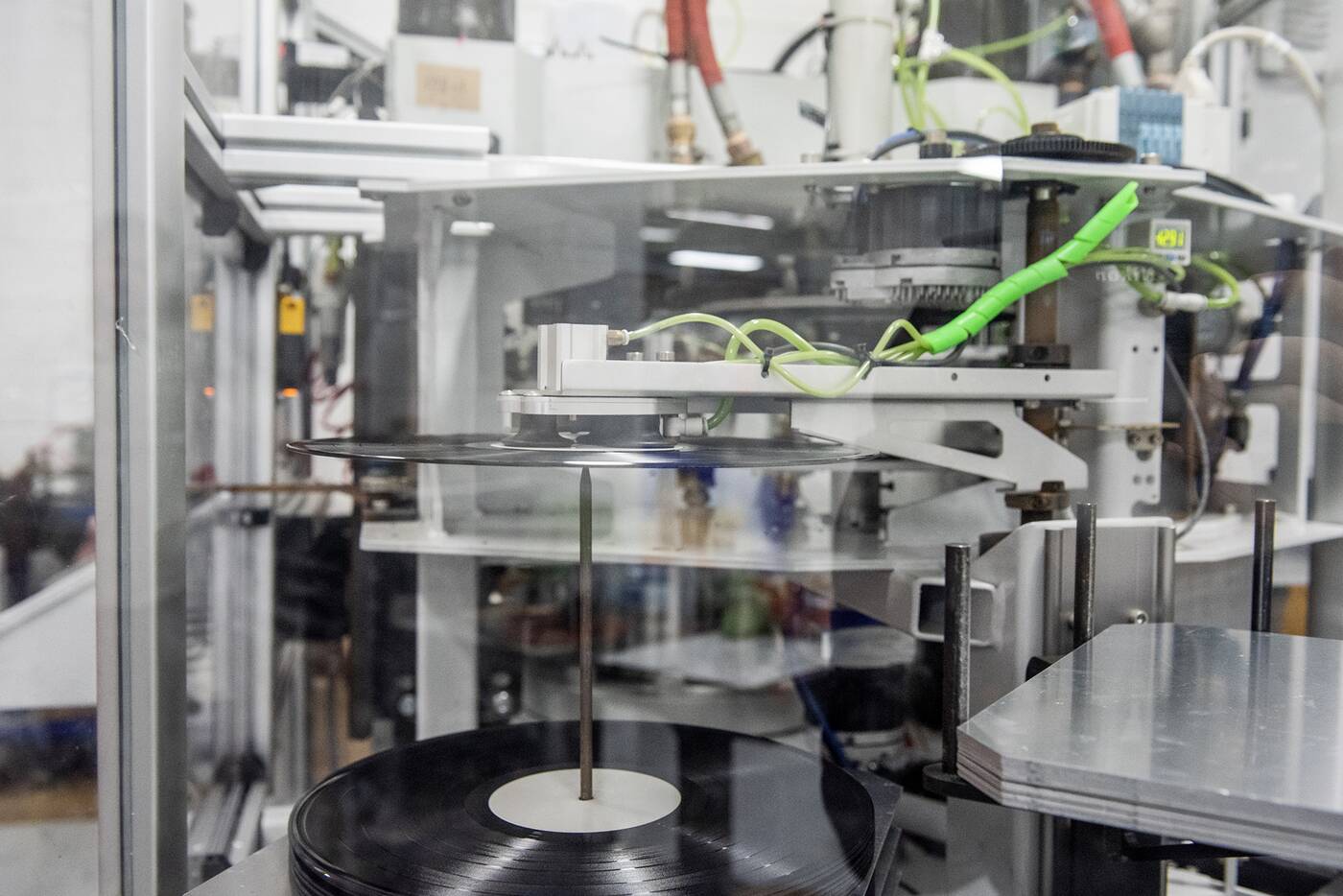 The thing is, manufacturing records is actually a highly scientific process, hence the ability to decode it and adapt it to the modern era. However, it takes an advanced and costly system of piping attached to a giant boiler to create the steam needed to produce the records. 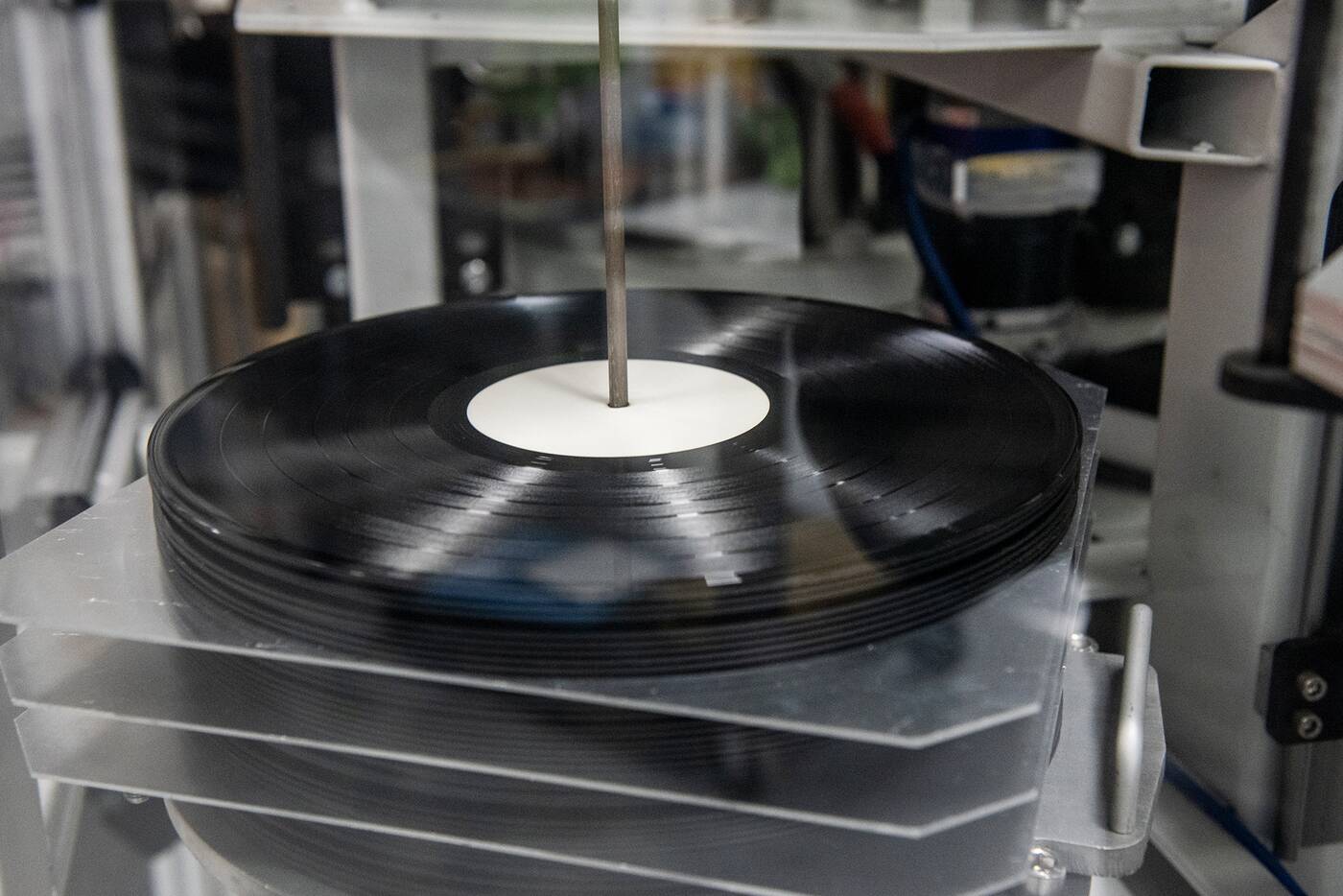 That’s why they’ve invented steamless versions of their manufacturing equipment that also cost less, so they’re all around more accessible to smaller boutique labels. 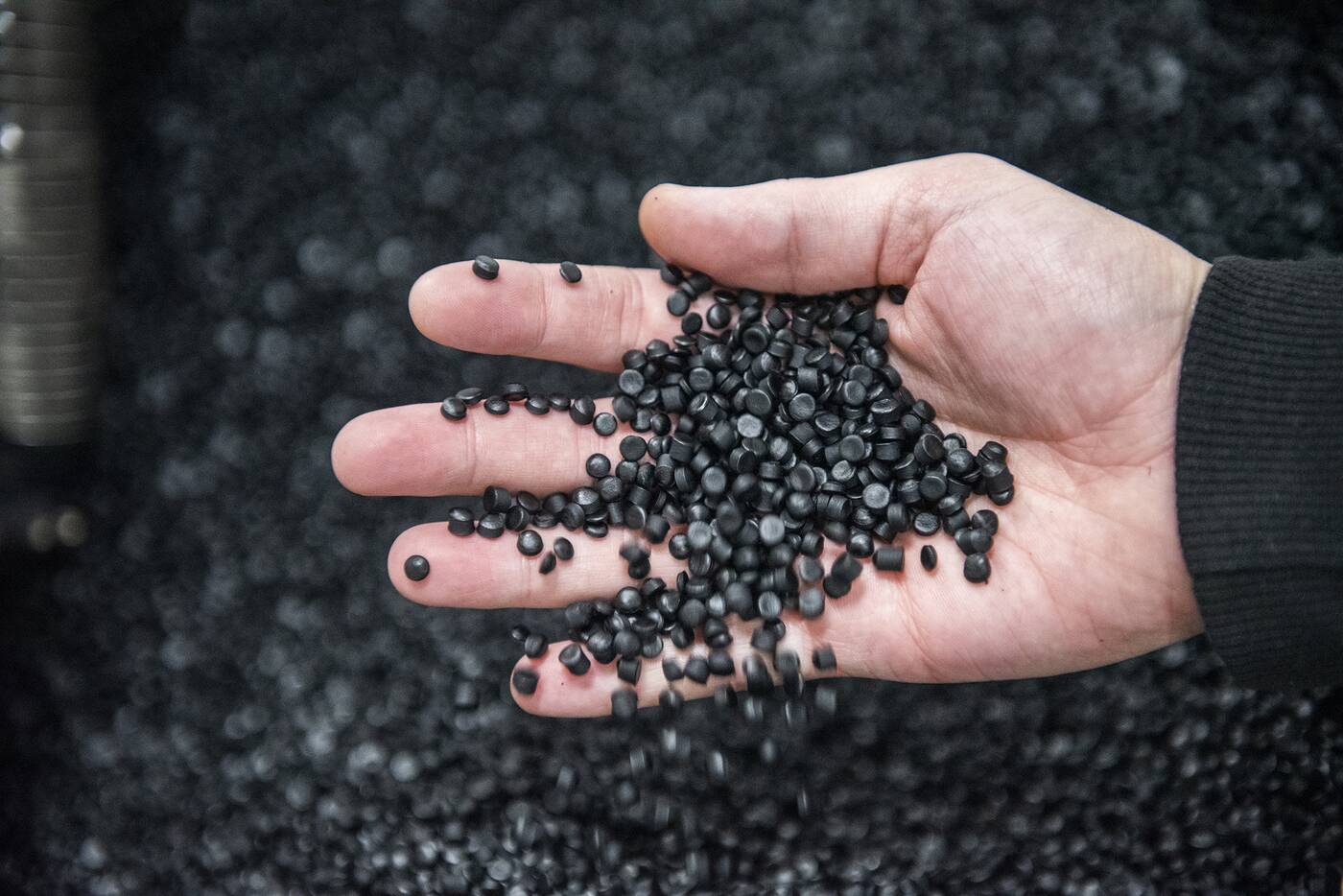 All vinyl is made from a special record grade PVC compound that gets heated up to almost 150C, then cooled as part of the process of record-making. 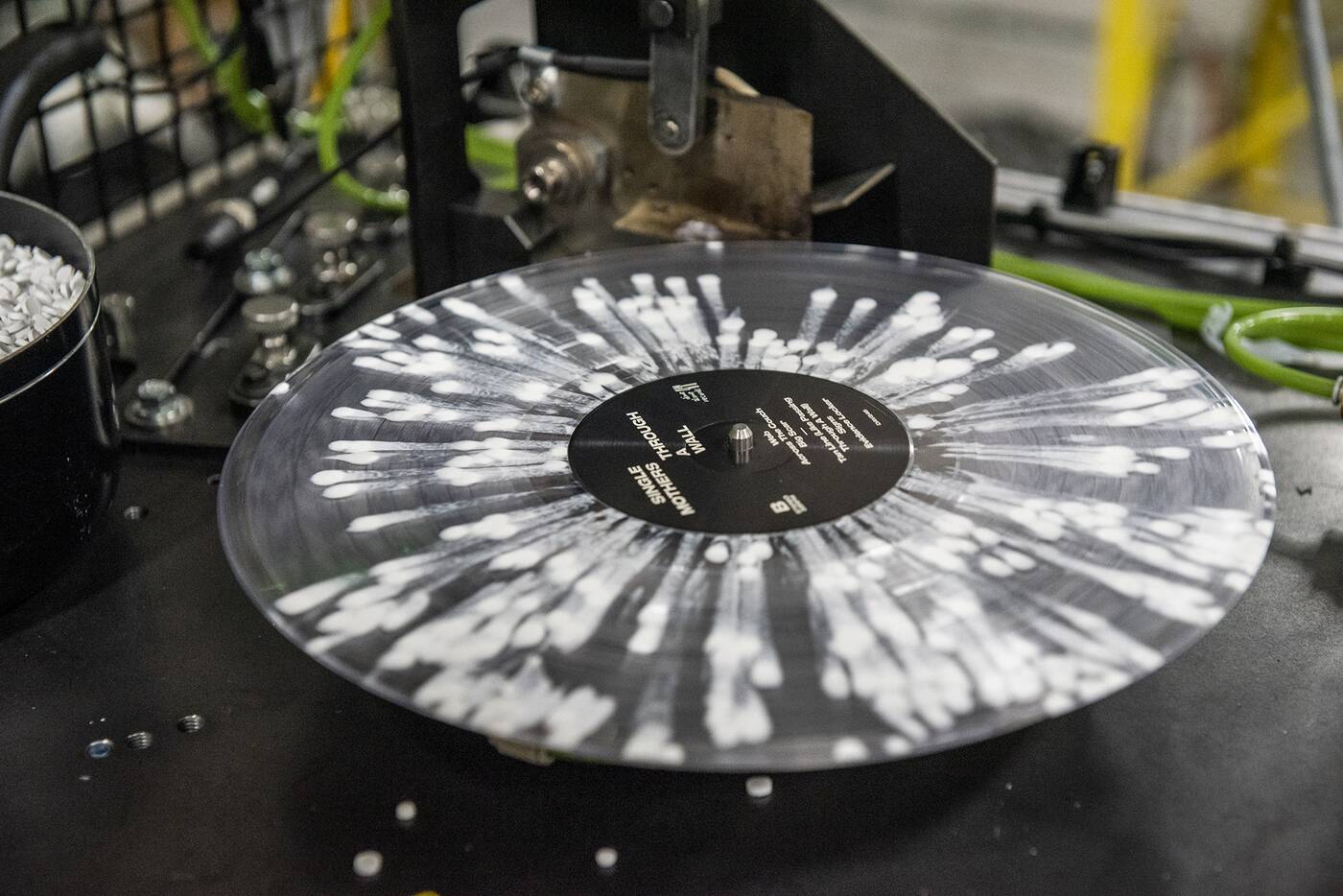 The fun part is, this stuff actually comes in different colours (which is how you get effects like splatters), and can be reused. 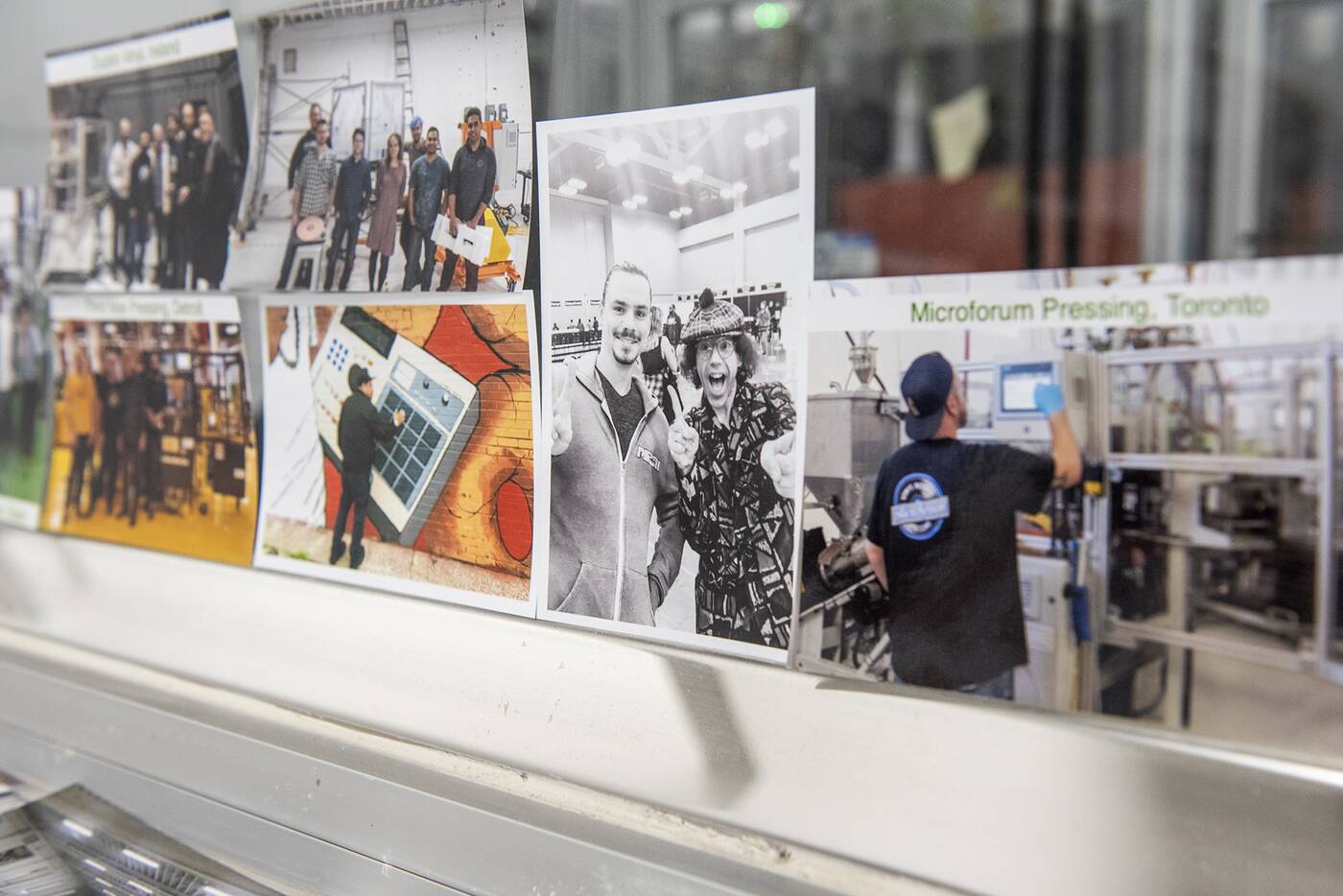 Viryl Tech mostly deals with record labels rather than individuals or bands on their own, but do watch out for events hosted in their space inviting the public in on the manufacturing process. 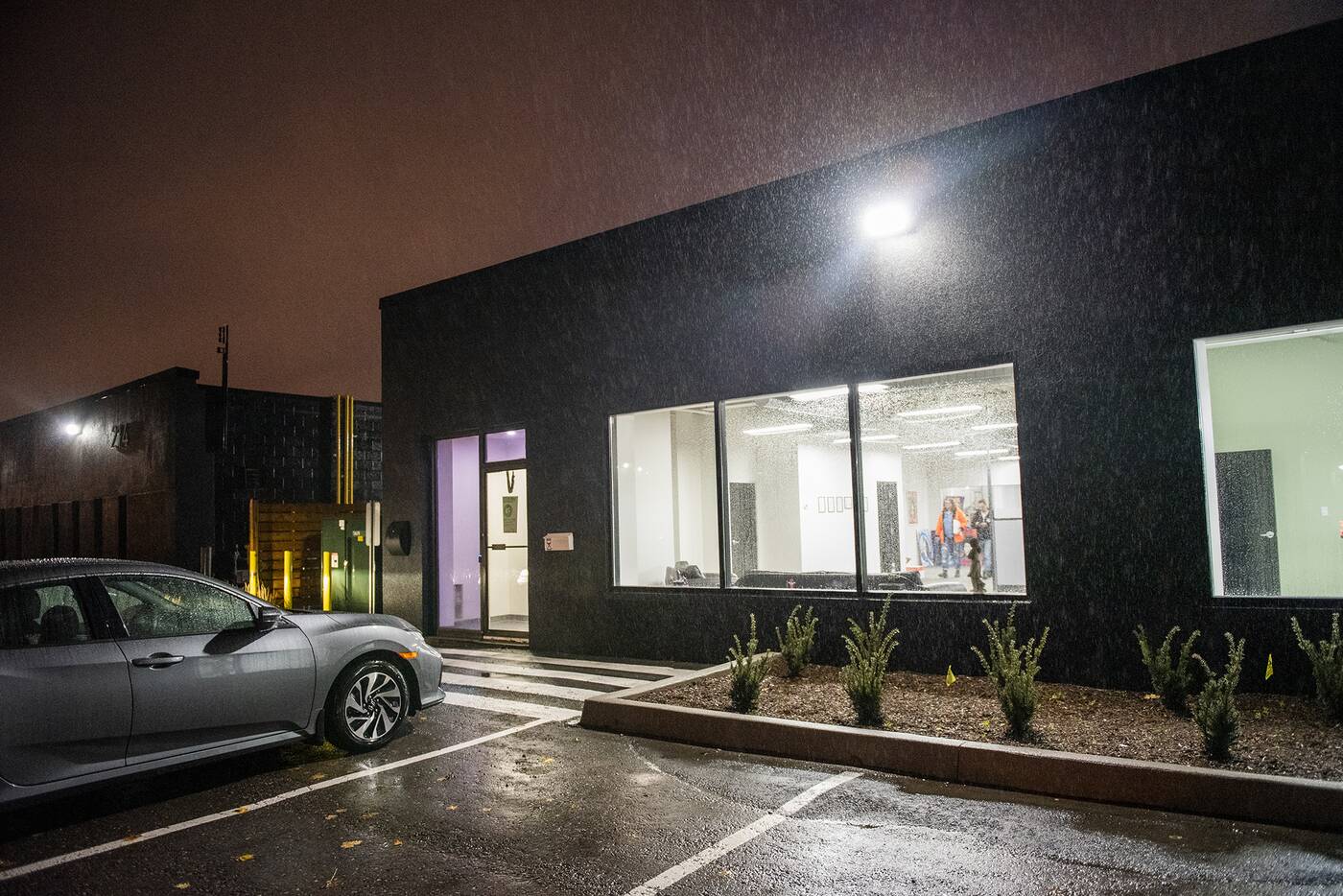