Canada's crown prince and his new (probably?) bride Hailey Baldwin, daughter of a famous person, were spotted this week near the Royal York hotel in downtown Toronto.

Justin Bieber was touring the land in an apparent search for coffee on Monday when he stopped by a quiet Tim Hortons cafe at Front Street and University Avenue.

There, the pop star stumbled upon a group of people afflicted with  an as-yet incurable malady known as Bieber Fever. 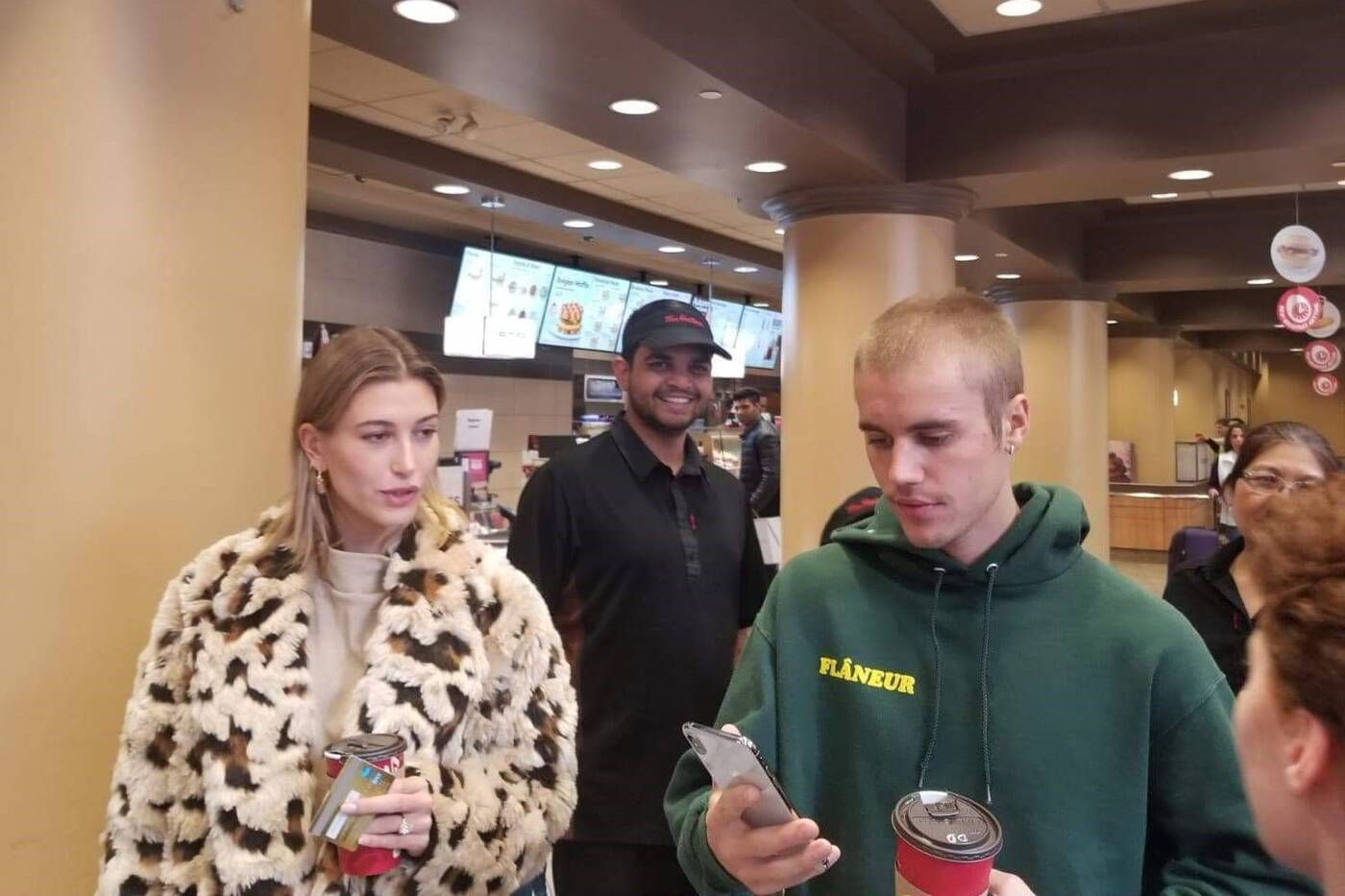 He graciously raised their spirits by posing for photos with both fans and Tim Hortons employees.

A witness who sent us photos said that the couple was "pretty smooth." They tried to order quickly and without a fuss, but such a thing is not really possible for an international pop star.

Justin with a fan in Toronto, Canada. (November 12) pic.twitter.com/hl5TeSKHlX

Still, ever the sports, Bieber and Baldwin stuck around to take photos with even more fans after leaving the establishment.

Justin and Hailey Baldwin with a fan in Toronto, Canada today (November 12) pic.twitter.com/QNNgEAoqQr

According to one lucky fan's sister in law, Bieber said that he was on his way to the dentist for a teeth cleaning.

So my brother-inlaw just met justin bieber and hailey baldwin... Apparently he was on his way to the dentist. There ya have it folks, celebrities get their teeth cleaned too pic.twitter.com/EotdMqbnIu

Stars: They're just like us, only somehow inherently scream-inducing.