When it comes to the punk rock era, the first thing that probably comes to mind is music blasting from a British garage in the 1970s.

But, those unfamiliar with local music history might not know that a decade later in the 80s, Toronto was actually a mecca for the international hardcore punk scene.

A new book coming out this Saturday explores that epoch in city history, diving deep into a side of T.O. that few of us have ever seen.

Tomorrow is Too Late—co-authored by Shawn Chirrey and Derek Emerson, with contributed writing from Simon Harvey of Ugly Pop—is a hulking 320 pages of raw documentation that will officially go on sale this Saturday.

It's a massive compilation of over 150 interviews with participants in the Toronto Hardcore (TOHC) scene, zines, concert flyers, and gritty never-bef0re-seen photos from photographers like Toronto legend Jill Heath, a.k.a. Jill Jill. 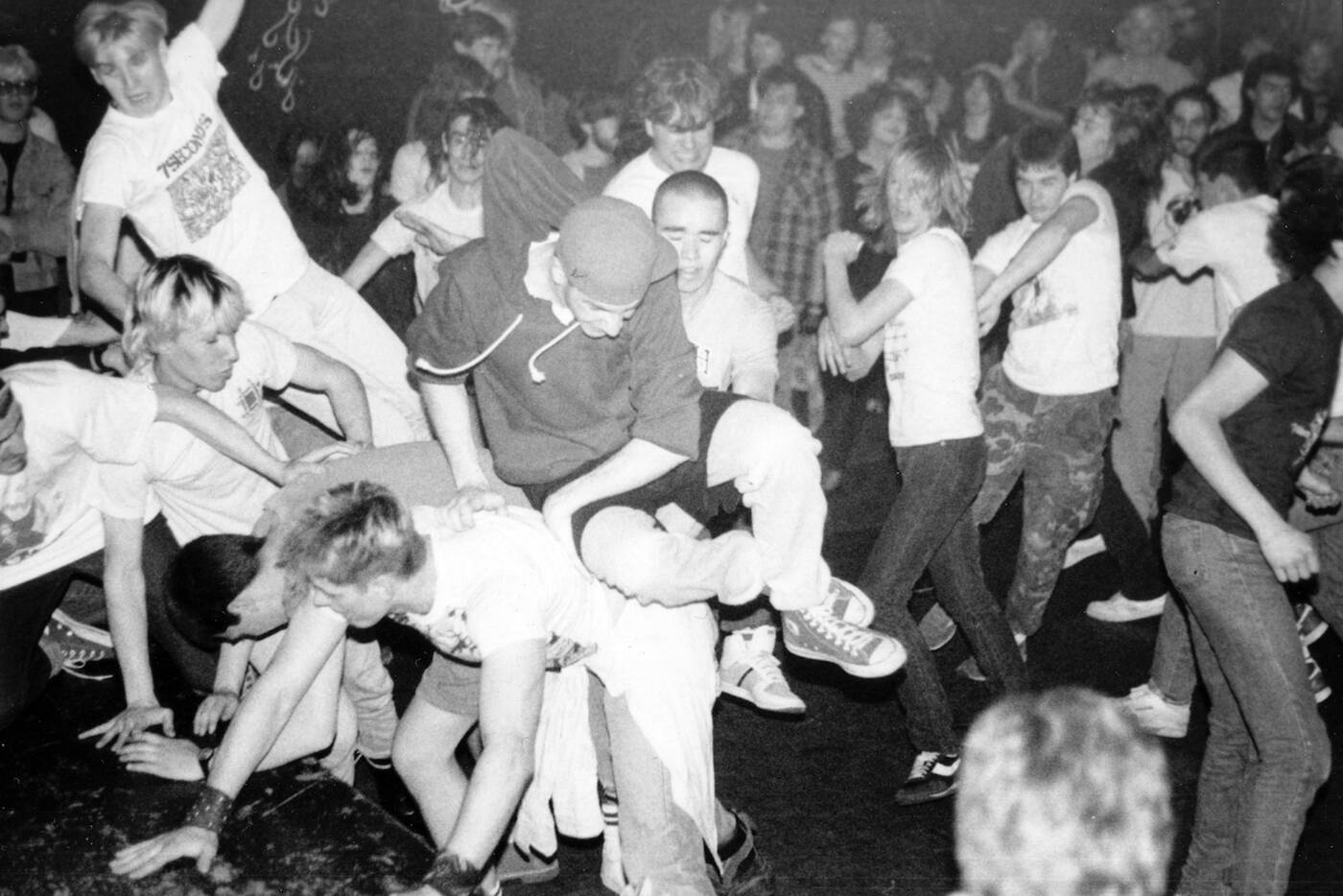 Photo of a circle pit at an Ildikos concert. Photo by Joel Robinson via Tomorrow Is Too Late.

Each copy comes with a seven-inch EP of unreleased tracks from 10 Toronto bands.

"We really took a DIY approach and did it the way we would have done it back in the day," says Chirrey, who worked on the book with Emerson for two years before self-publishing.

"It's about more than just the bands and the music."

Though you can expect the usual mention of topics like drug use and violence sprinkled here and there, the book goes into the world of queercore, homocore, and riot grrl genres, touching on everything from skinheads to veganism along the way.

And of course, covering the long lost music venues of Toronto, like the legendary Larry's Hideaway by the old Maple Leaf Gardens, or the DMZ in Chinatown, where the LCBO now sits.

The book will be released at a concert this Saturday at Hard Luck Bar where five 80s TOHC bands like Negative Gain and Sudden Impact will reunite for a throwback performance.

Tickets are sold out right now, but you can still pick up a copy of Tomorrow Too Late online on Big Cartel for $49.99.

Al Hackenberg of Prisoners of Conscience