NXNE has announced its lineup for this year's festival and it's staked with both local and international talent set to perform at venues across Toronto.

Jazz Cartier, Azealia Banks and Big Freedia are among the headliners set to drop by Toronto for the week-and-a-half-long festival on from June 8 to 17. 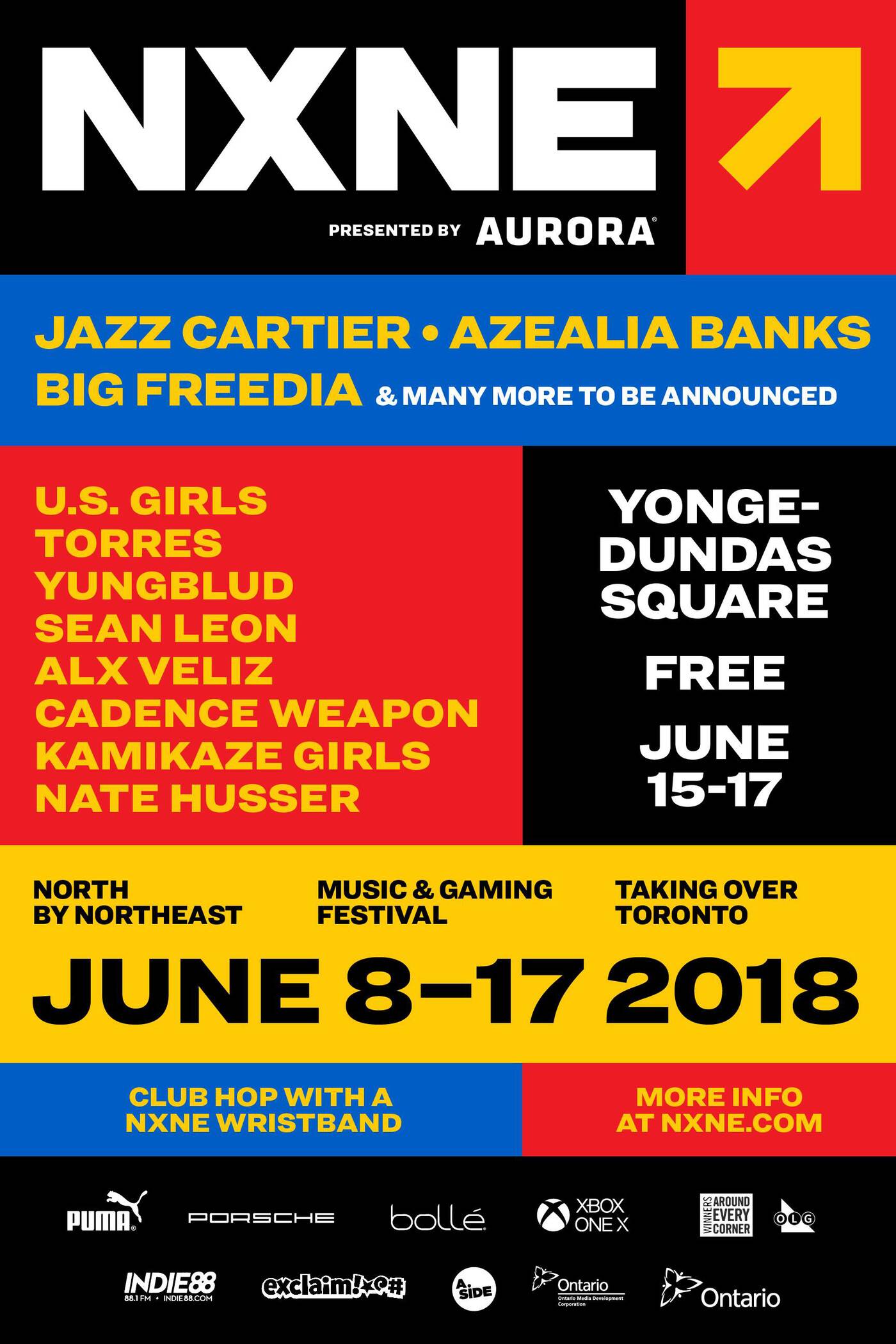 This year's NXNE is packed with music, special programming, comedy and installations. Image courtesy of NXNE.

The festival is back to taking place in bars and venues all over the city, with a notable return to Yonge-Dundas Square after a disastrous two-year trial in the Port Lands.

The last three days of the festival includes a free concert in the square with performances from U.S. Girls, Torres, Yungblud and Sean Leon, to name a few.

New this year is the Club Land series that will see Canadian musicians like Ace Dillinger, Saya, Phèdre curating parties and introducing new music inside clubs around the city.

Meanwhile, Game Land is back for a second year and includes eSport competitions among elite gamers from across the country.