Inside the studio secretly putting out Toronto's breakout records

Union Sound has been quietly, but powerfully putting out some of the best records from Toronto bands over the past few years, most notably Weaves’ debut album and Dilly Dally’s Sore, which were both released on Buzz Records.

This recording studio at 89 Sackville St., has also played host to PUP and Phedre. It’s even been used to record parts of Broken Social Scene albums, with Feist using the space for her vocal tracks. 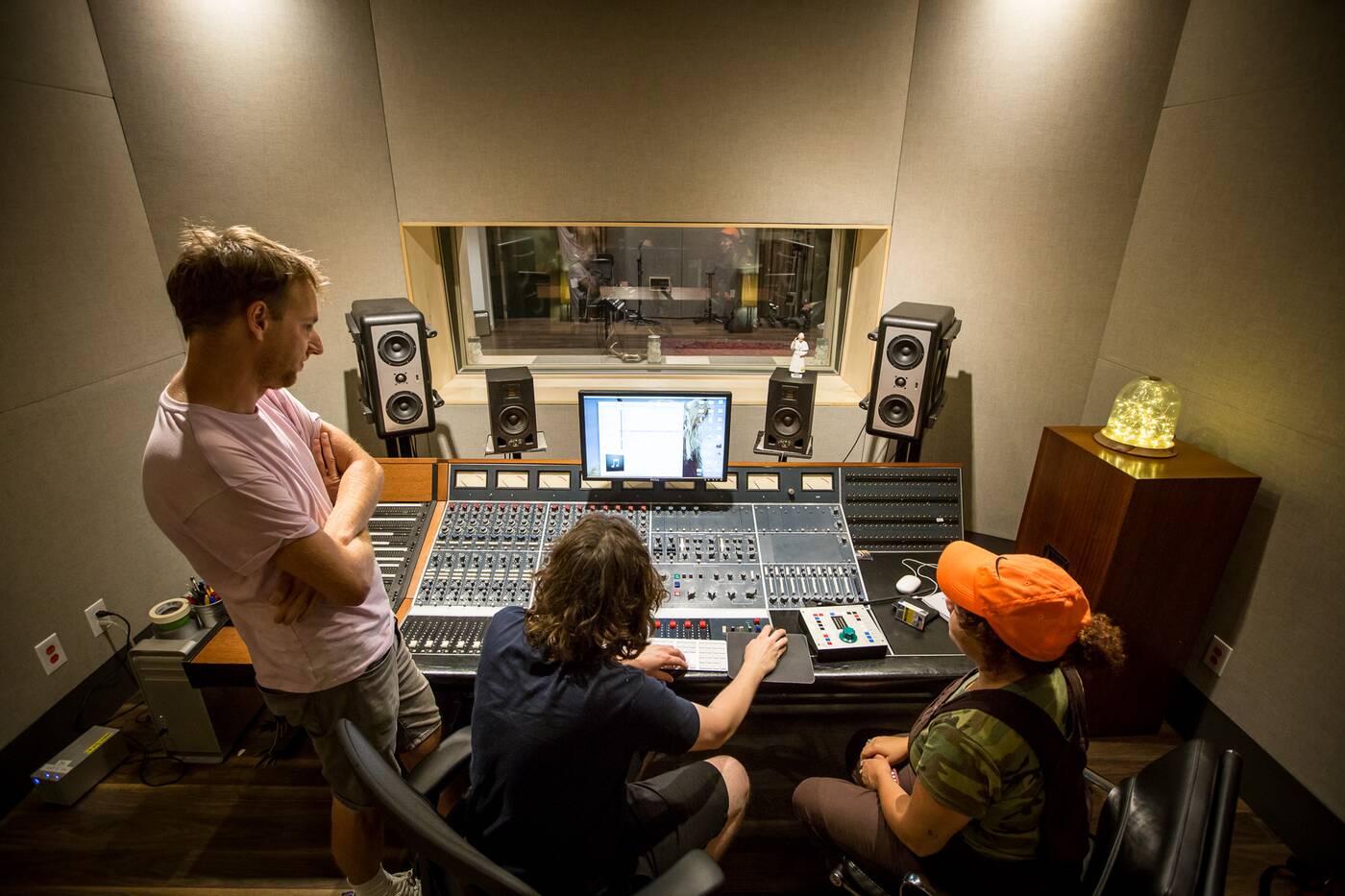 Three engineers - Leon Taheny, Chris Stringer, and Ian Gomes - built and co-own the space. They all do a bit of everything, but keep the studio organized by taking on more dedicated roles, with Gomes focusing on tech and Stringer on booking. 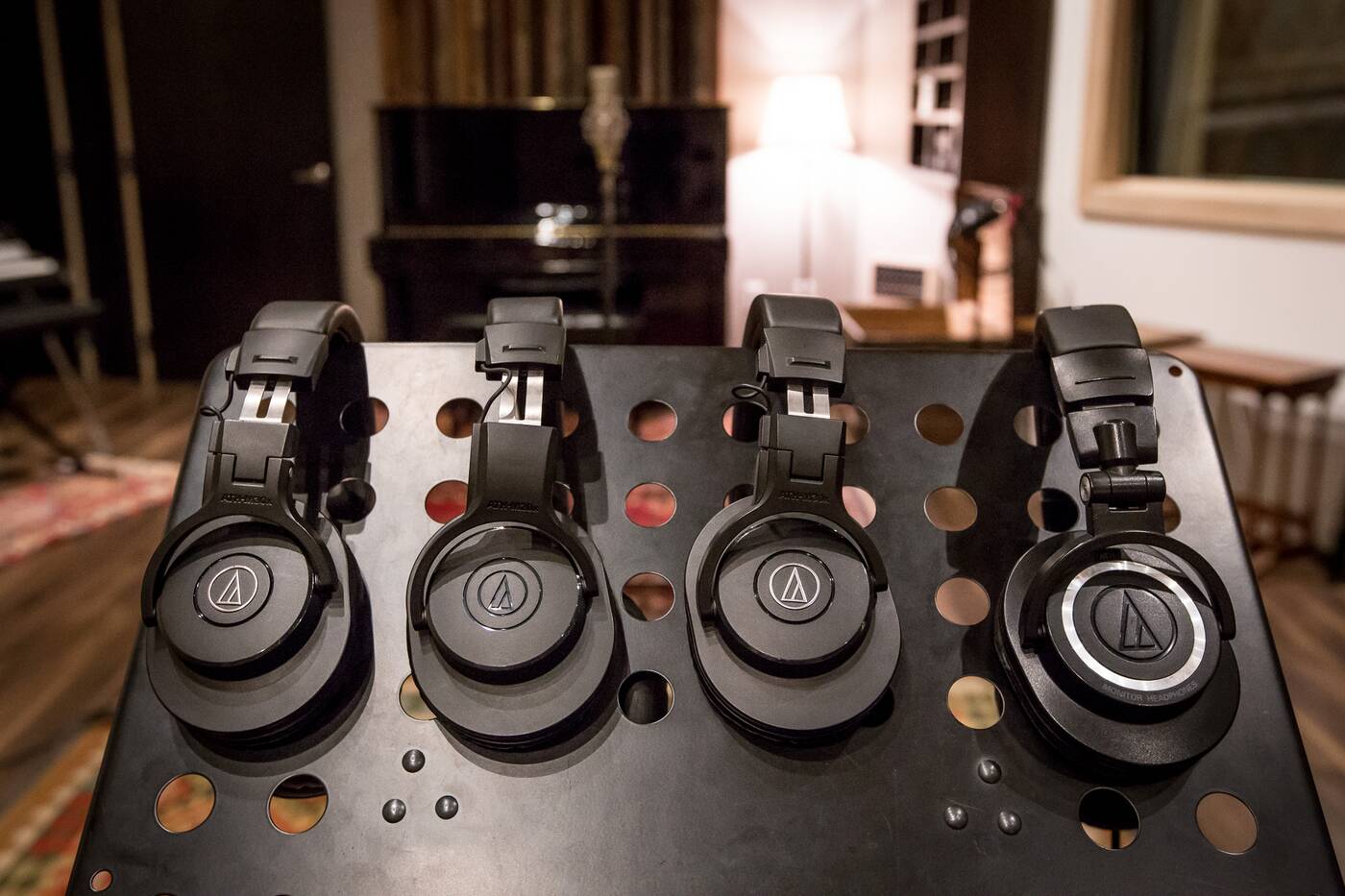 There are now plenty of studios in this part of the city, including the nearby Revolution and Noble. They, however, have much more of a world-class, facility-like feel.

Bands such as Weaves (in the studio recording their brand new album while I visit) can feel frazzled with multiple bands, administration, secretaries and interns all running around. Union “feels more homey,” says Weaves frontwoman Jasmyn Burke.

As soon as you walk in, you’re greeted by a kitchen area, and the space is dotted with framed windows, couches and touches of wood that make it feel more like an apartment than an intimidating studio.

A lot of this comes from the vibe cultivated at the smaller Candle Recording, where Taheny got his start. He still trades equipment with that space. 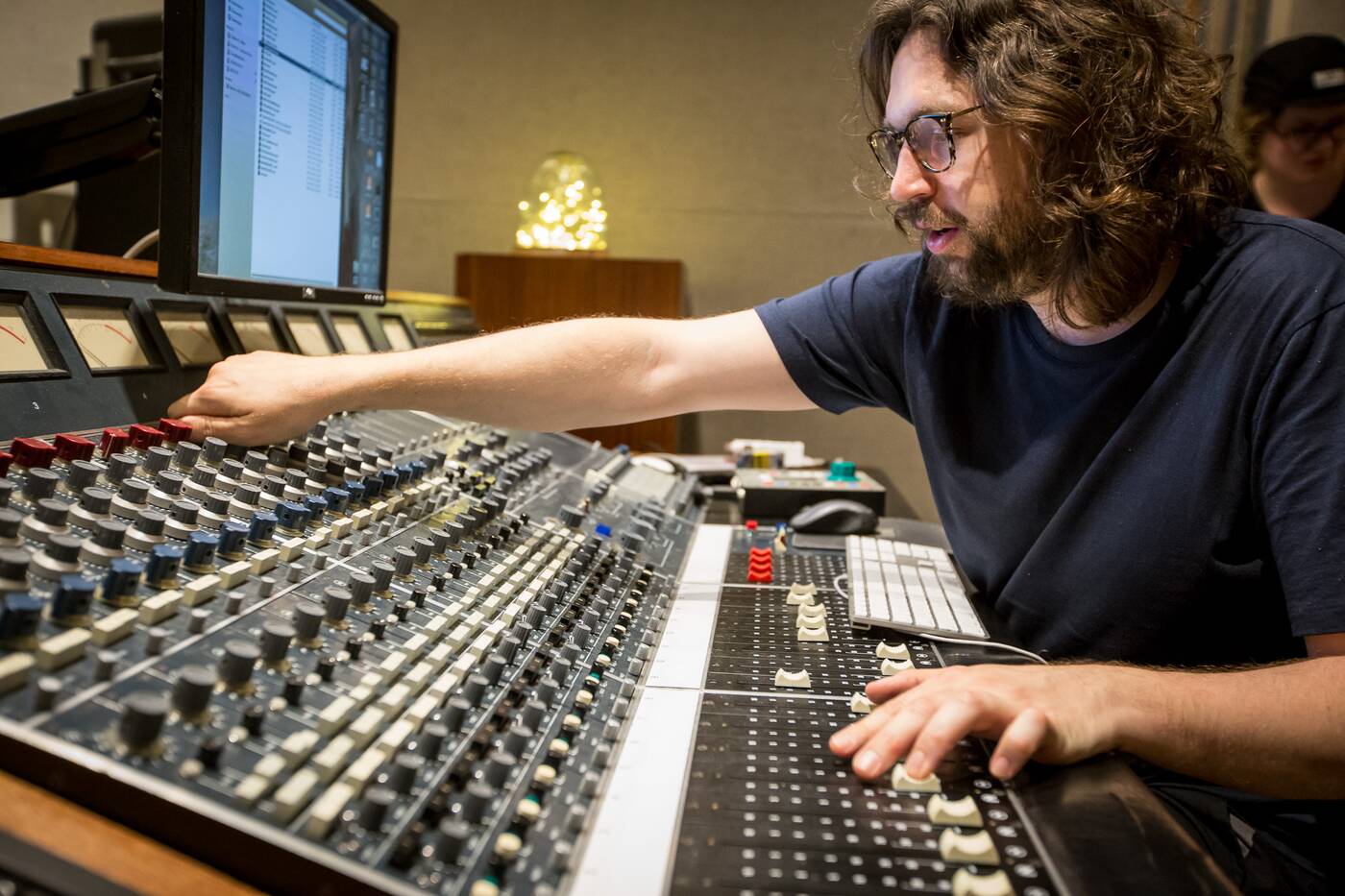 When it comes to the breakout albums Union is producing, success seems to stem from the harmony between the space, the bands and the folks working there. Apparently, Taheny gets excellent drum sounds, the hardest thing to record. 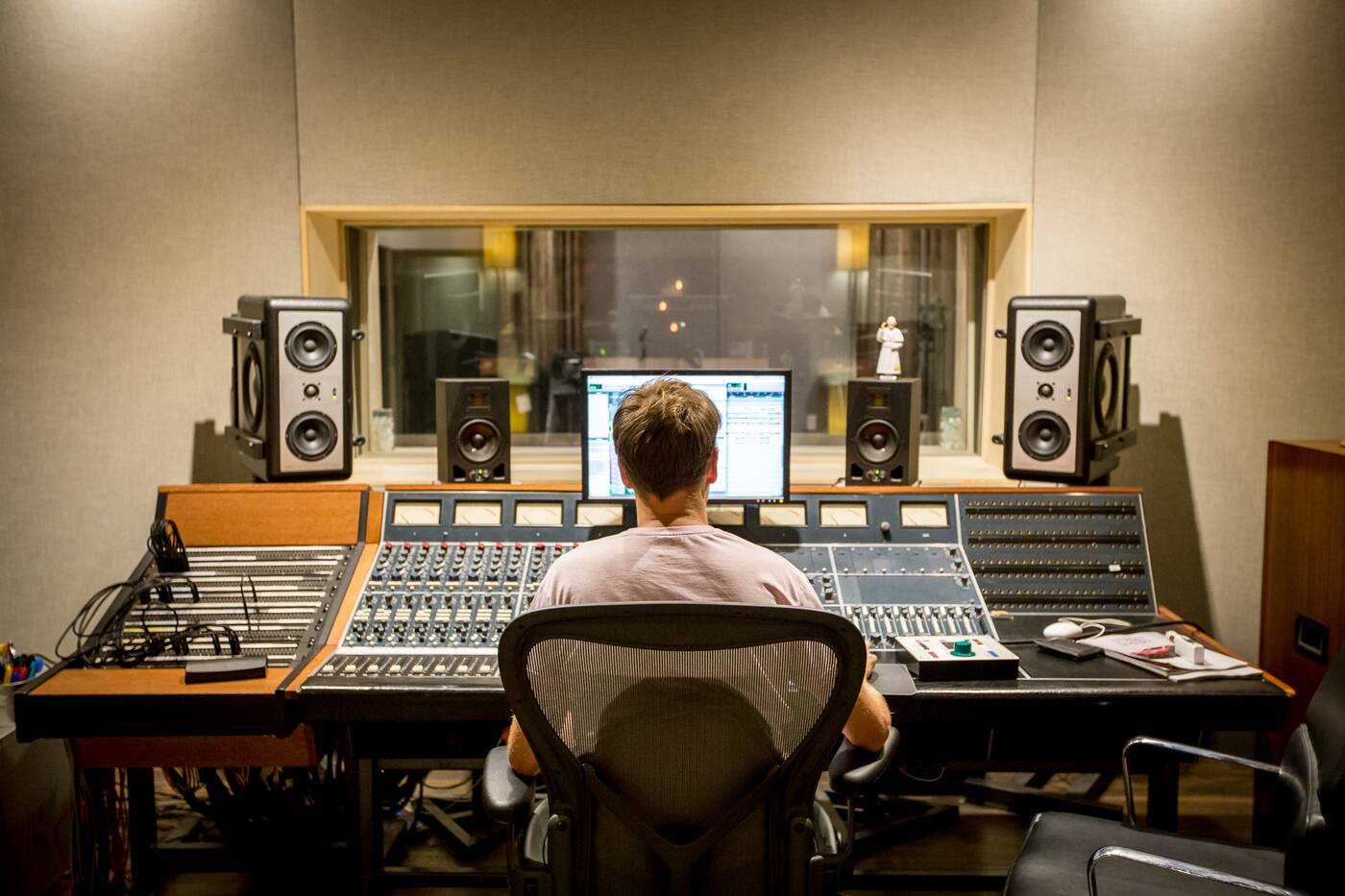 Much of this is thanks to the massive Neve 8014 recording console in main recording room A. According to Taheny, everything just sounds awesome recorded through it, especially his essential drum and snare sounds. 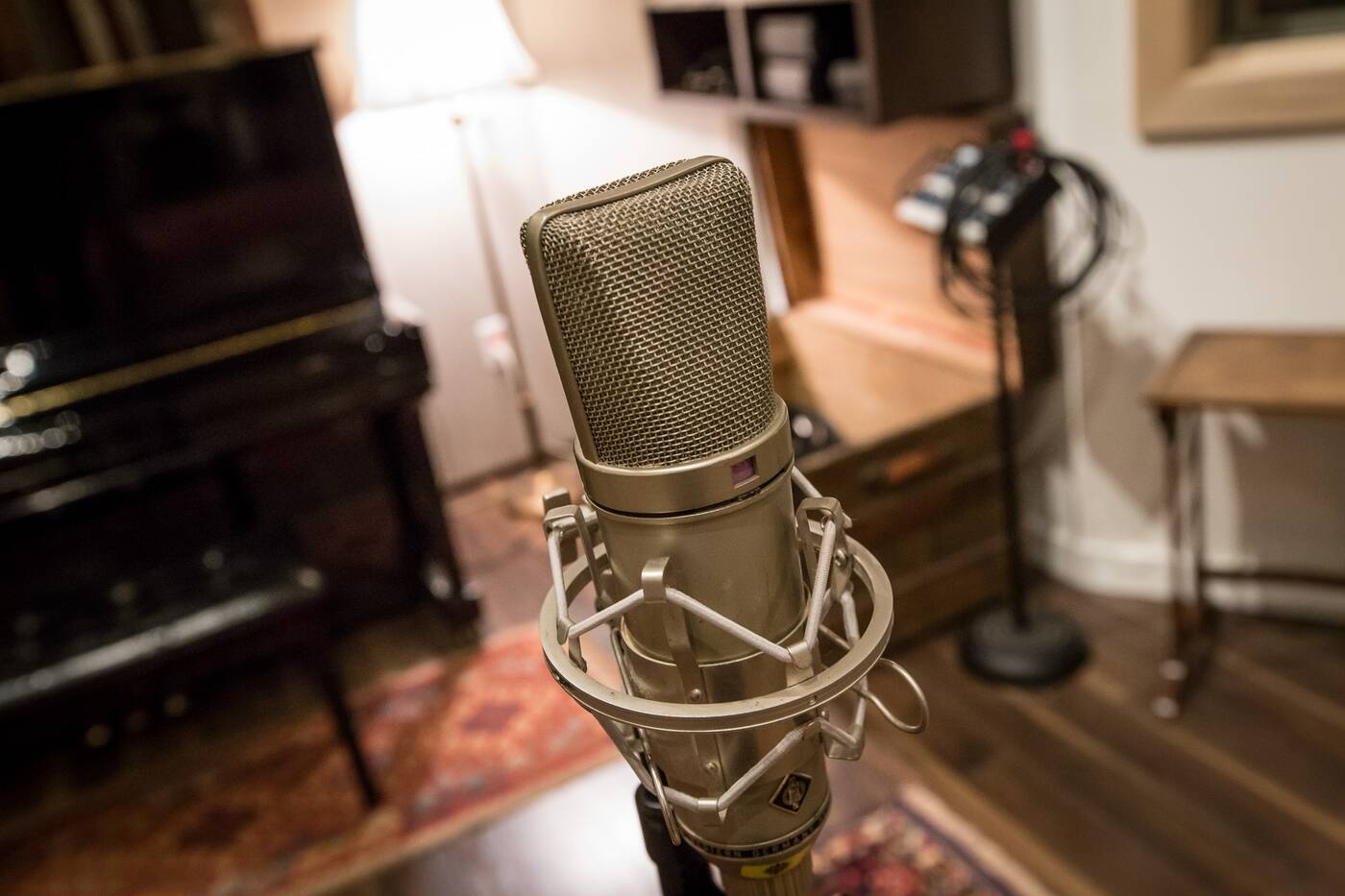 There’s other special equipment too, like a 70s Neumann mic Taheny says was a perfect fit for the “classic sounding vocals” of Bruce Peninsula. 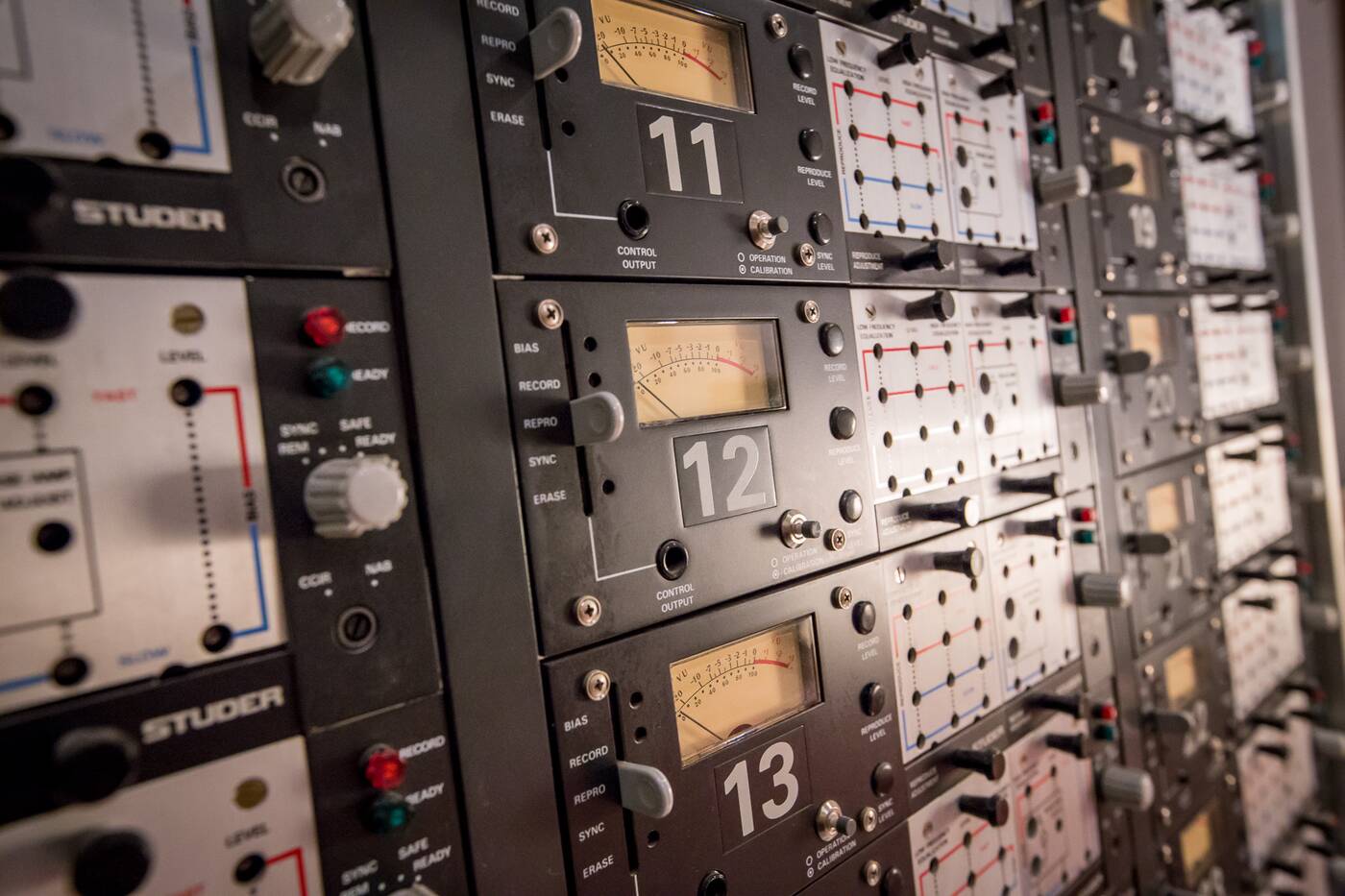 The large live recording space is equipped with diffusers, calculatedly spaced so that sound disperses instead of bouncing right off a flat wall.

A sumptuous rug also sprawls across the floor and cozy touches dot the entire space, from a wall of paisley in the vocal booth to a small painting of a horse. 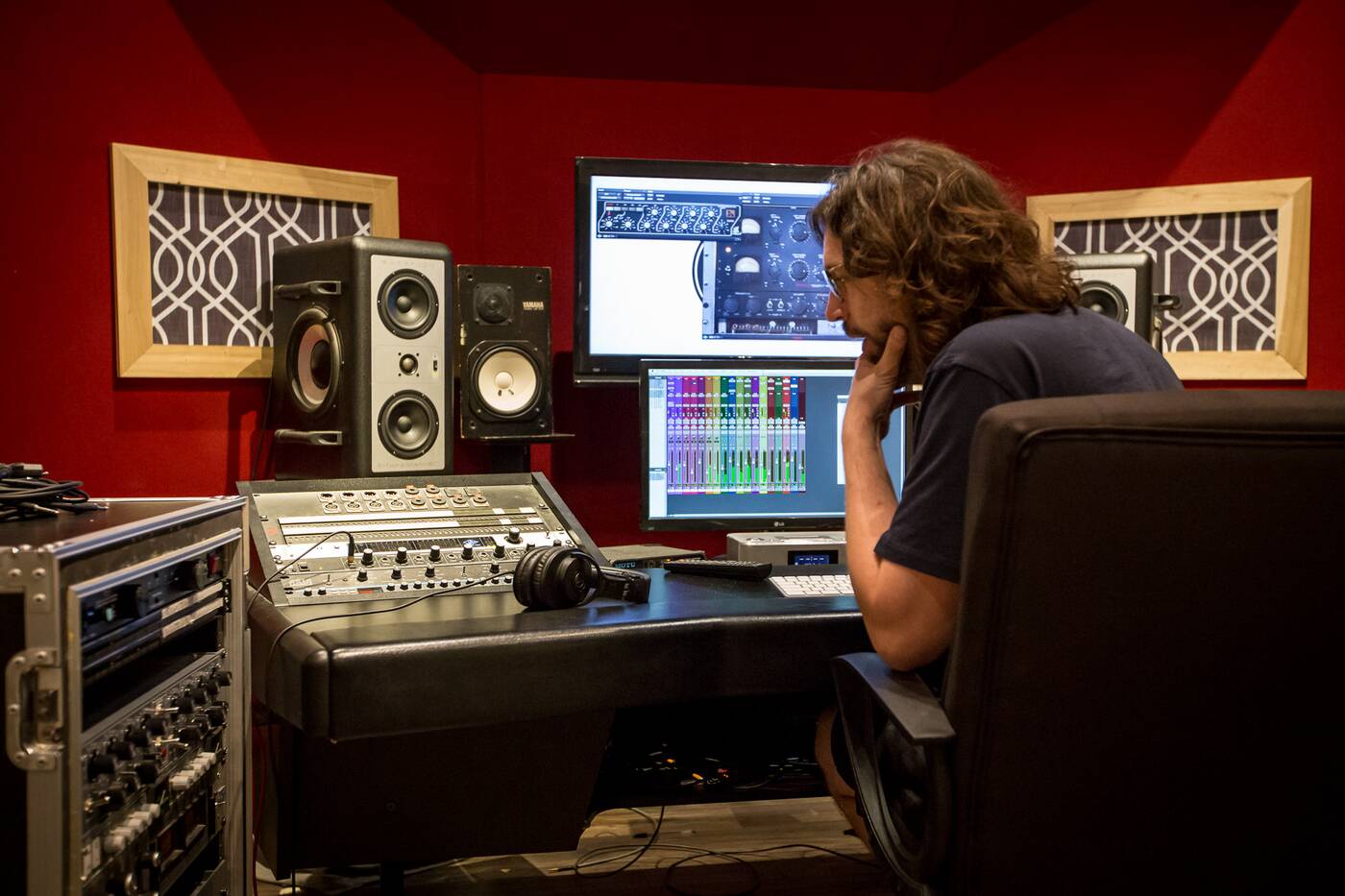 The B room off to the side is used for mixing and smaller recording jobs. 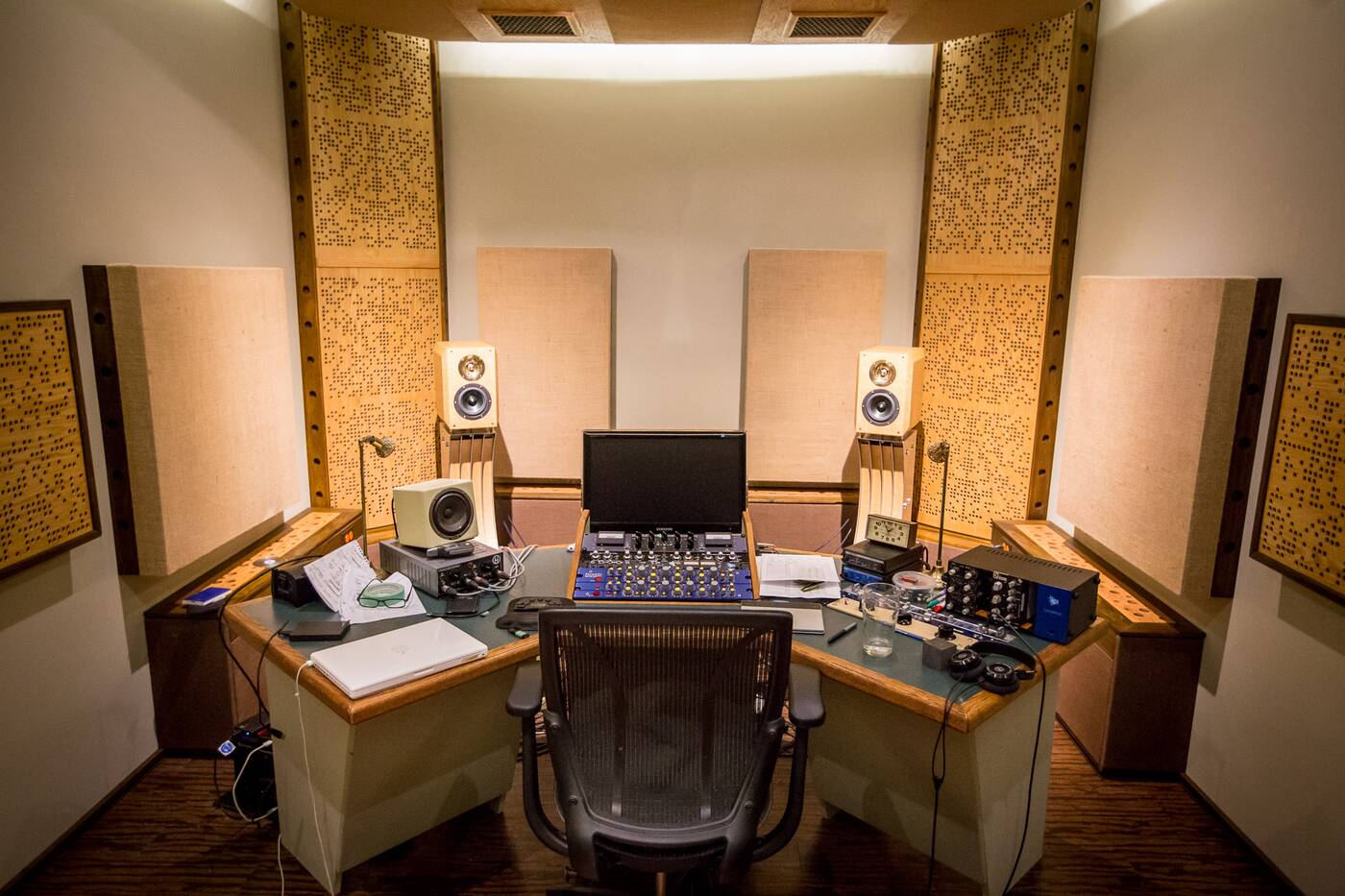 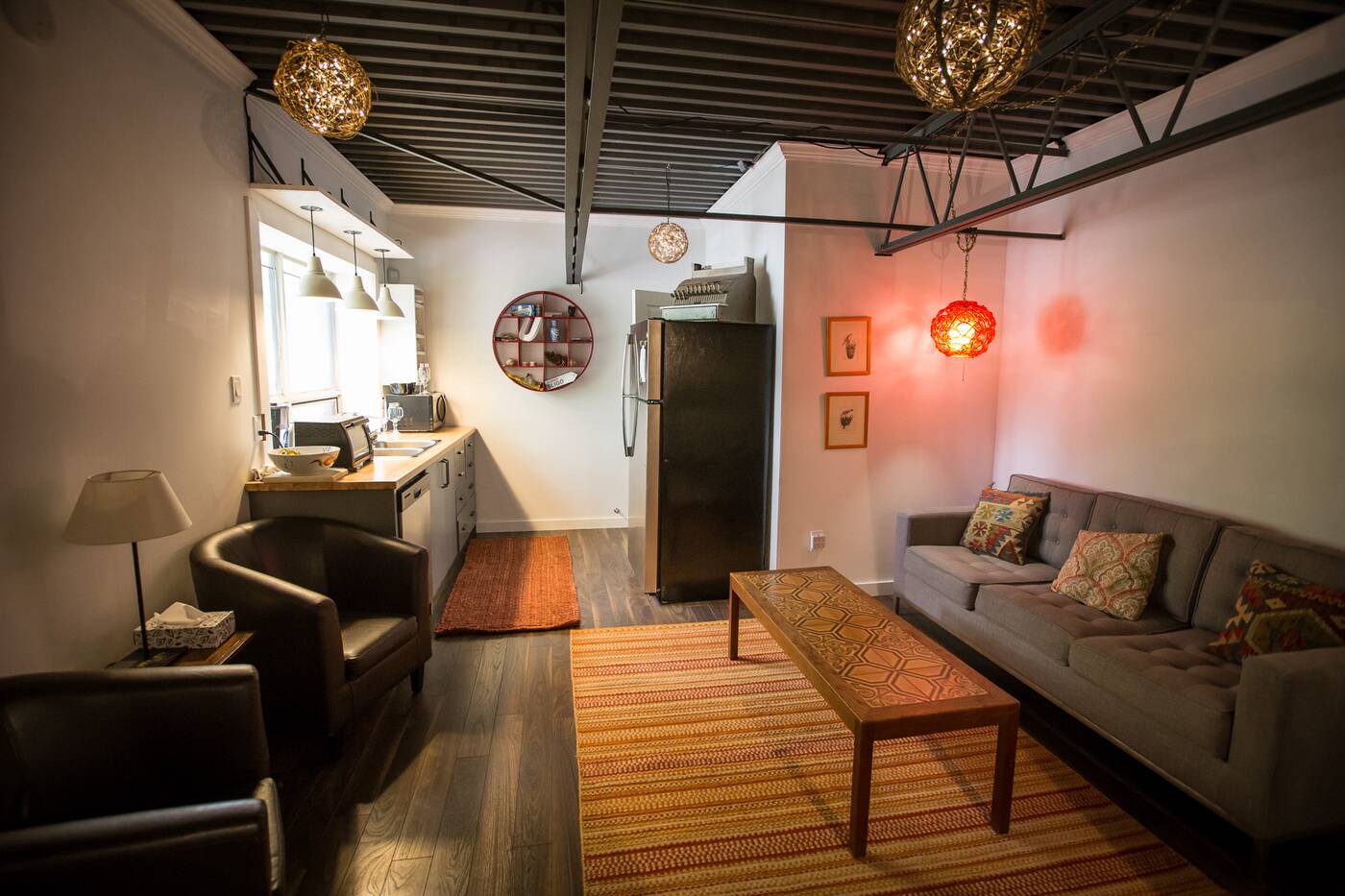 Morgan Waters of Weaves puts it best when he says that ultimately, a studio is “just gear in a room.” What makes the albums Union puts out so splendid is the attitude the studio takes towards recording. “Be casual about it,” he says. “Good things happen when you’re not worried.” 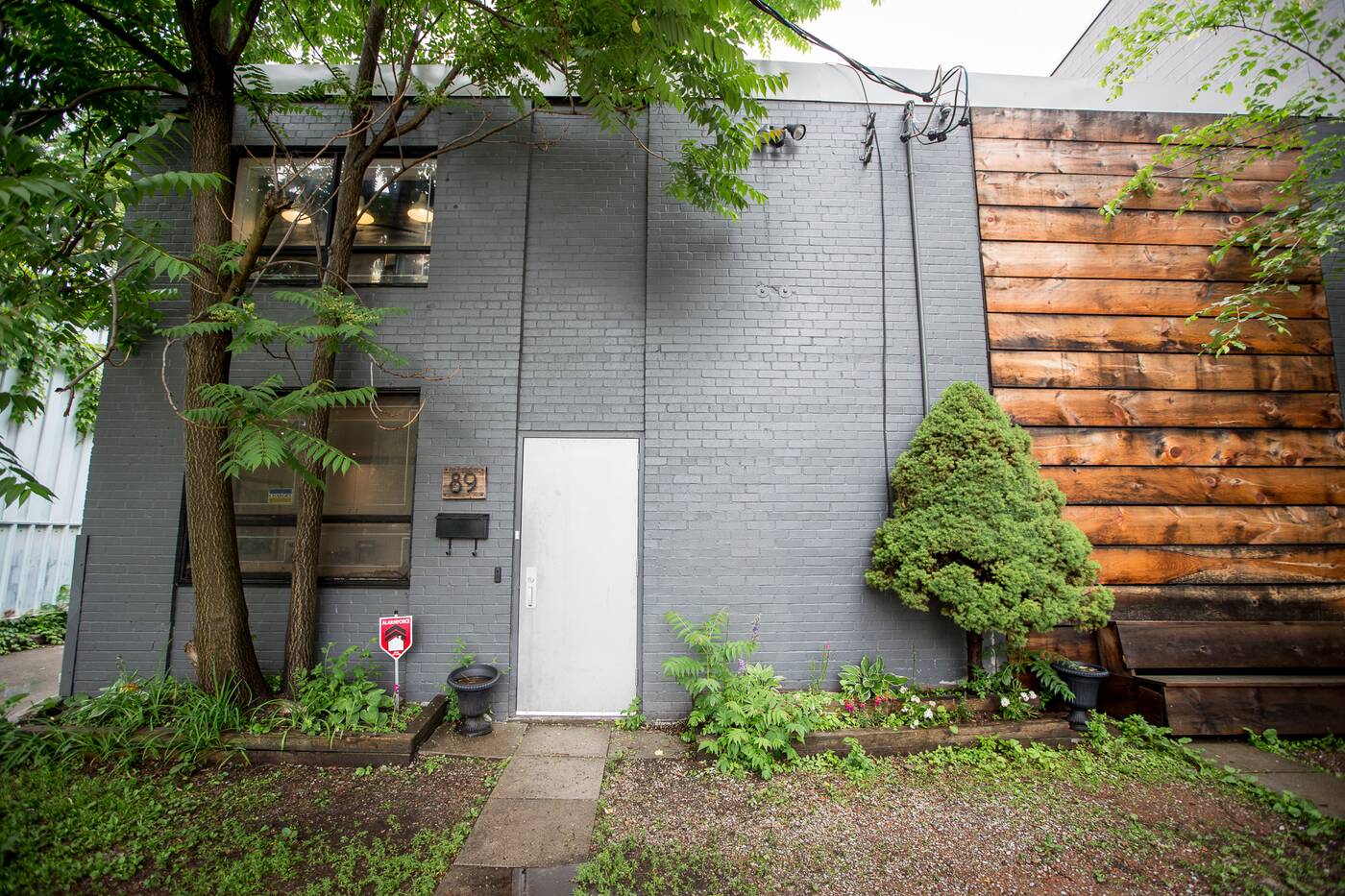