Canadian Music Week is Toronto's favourite excuse to break free from the clutches of winter and get out to see some shows during the multi-day springtime music fest. A partial 2017 lineup was previously announced, but it just got a whole lot better. 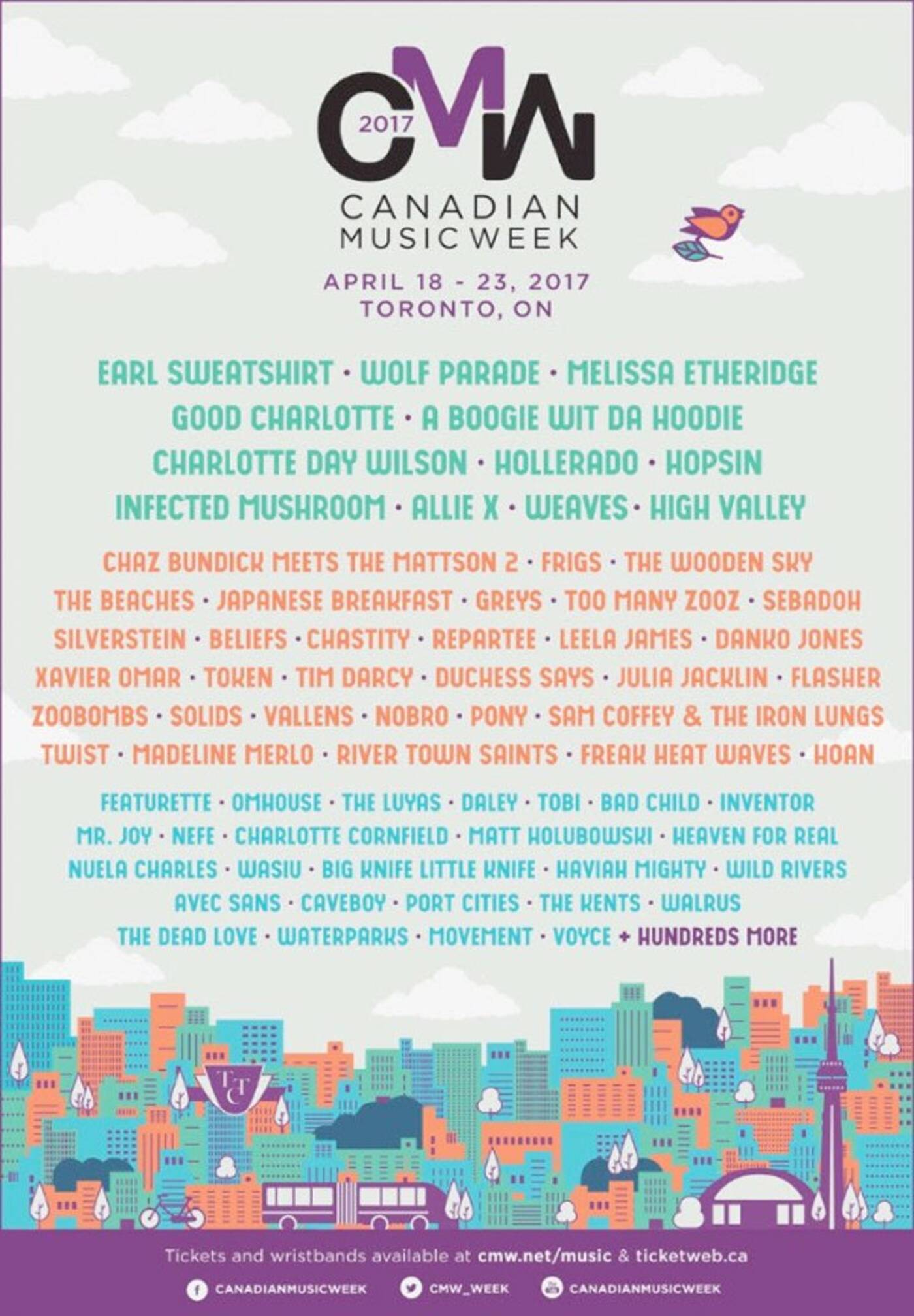 There are lots of shows happening from April 18 to 23 at various venues around the city, with a heavy spotlight on local talent. This is one of Toronto's few music festivals that sticks to the club show model, which is actually refreshing these days.

And don't forget the music conference, the comedy fest and the film fest all happening at the same time with feature authors, guest speakers and panels.