Toronto's party scene is forever evolving, whether we're on postage-stamp sized dance floors or in warehouses. But over the past six months, something different has been bubbling up. It's Toronto's techno scene, and it's expanding at a rapid rate.

Who knew this traditionally hard, fast, abrasive and alien kind of dance music would be the coolest thing to happen to Toronto's party scene in quite some time?

Techno's sound and vibe differ based on who you ask, and a growing number of DJs and promoters makes it impossible to get everyone's opinion on it.

One unified consensus about Toronto techno, however, is that it's ready to push our dance scene to new heights.

"If I had to give Toronto techno an identity, it’s difficult because everybody definitely has their own voice," says Jeff-Antoine Cote, also known as Acote. He's a local techno DJ on the rise. "I would say it’s young and that’s good because there’s room for it to grow."

Cote talks about people coming from other places to make up the Toronto techno scene and how those influences but their own spin on the genre. That makes it a bit more loose and free here.

Take Fahad Ahmad from one of the city's biggest techno promoter collectives, Format. He moved here from Pakistan and has been making his own music for years.

"This last year and a half has been pretty crazy," says Ahmad. "It’s fun and it’s an exciting time for sure, but a big uphill task. It’s still Toronto and and people are are definitely more on the easier listening side of things." 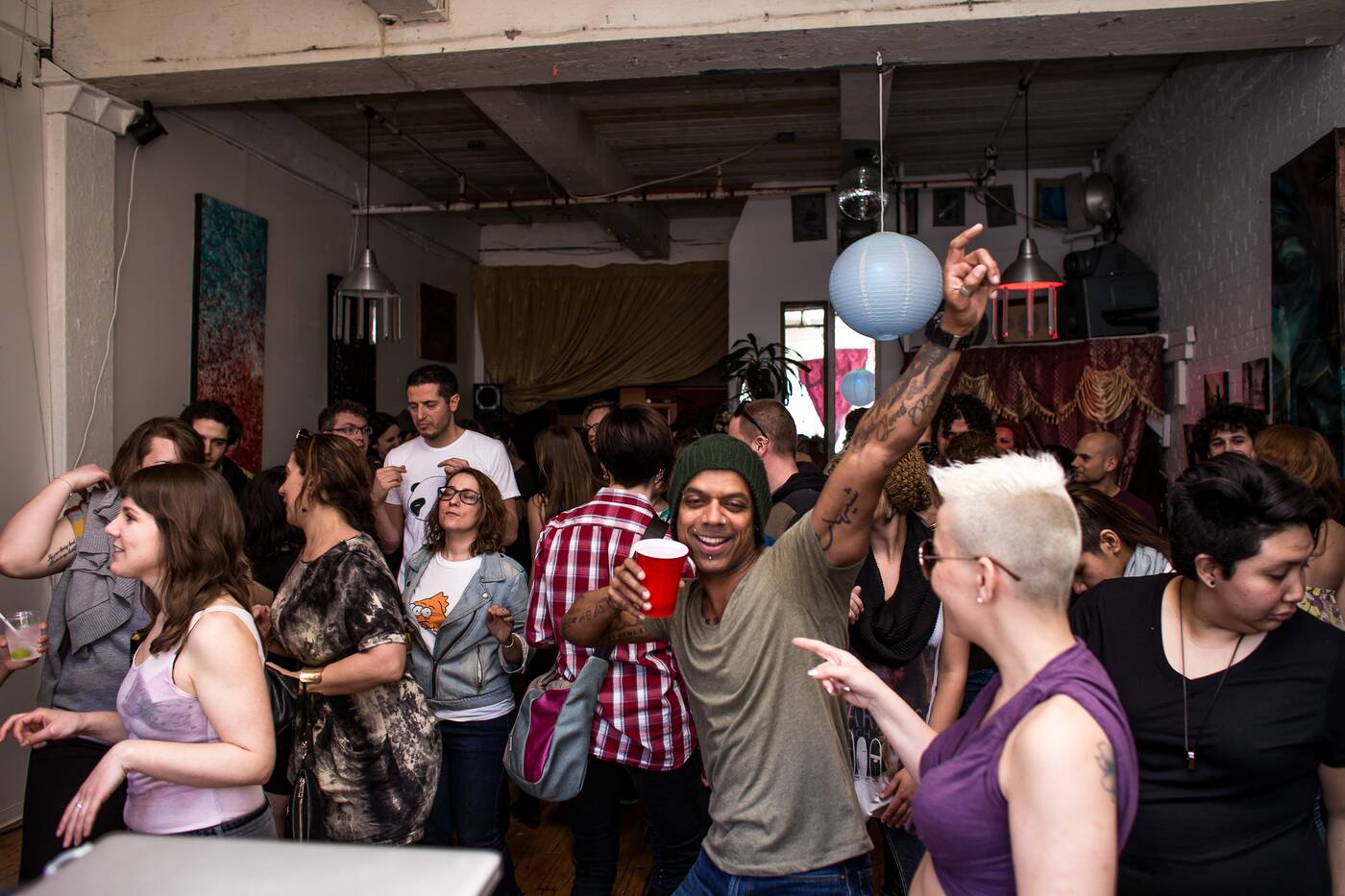 Ahmad raves about the New York and Berlin techno scenes with their 48-hour warehouse parties, and while Toronto is nowhere near that level, collectives like Format, It's not U it's Me, Box of Kittens and Apollo Inc are pushing forward.

One of the main reasons for this growth is the family aspect. "There’s no competition in the techno scene; it’s too small of a scene to have that," says Ahmad.

What makes Toronto techno gatherings stand out is that we're not afraid to mix other genres at one party. It's all about the venue and the crowd and less about techno purism.

Cindy Li, who has her own nights called Work in Progress, says the scene has definitely grown to the point where there are multiple parties on one weekend to chose from.

"There are more people doing events and lots of different crews popping up, which is really exciting to get different perspectives of what they’re listening to," she says.

Li also mentions goth kids who like the hardness and darkness of the genre. Techno definitely isn't a catch all for electronic music. It's often fast, aggressive, and spooky but energetic and powerful at once.

Sara Dziri, DJ name Sadziky, created her own kind of techno through her party Souk Sessions. With it, she blends Arabic music with techno. She's part of what makes Toronto's blossoming scene so rich.

"The techno crowd in Toronto is pretty open minded by also hungry," says Dziri. "I feel like there was a time where not much was happening or it was always the same and people still want to go out but don’t necessarily find the right place or event.

"Now you feel like when they come to a party they’re excited and they want more."

Without the pressure of being from Detroit, where techno was born in the 1980s, or from Europe, where you can party for three-days straight, Toronto DJs and promoters aren't afraid to mix genres and crowds.

"Toronto is ready for something new and ready to try things," she says. Head to bars like Bambi's, spots on Geary and often nights at Coda or Nest and hear for yourself.