This guy throws the greatest house parties in Toronto

Do you remember the best house party you've ever been to? That legendary night of make-outs, dancing, room-hopping, red-cup sipping, and whatever else you got up to? There's one man in Toronto who creates that moment time and time again with his events, and they're about to get even bigger.

Tim McCready is the guy behind the 159 Manning house parties. He's lived in the house for 12 years, and it all began when he moved to Toronto from Windsor and had a really crummy New Year's Eve.

He knew he could do better, and what started as a 20-person kegger turned into the city's best house party.

"Every six months I’d either do a NXNE or NYE party, and I’d have six months of going around to other events or living my life, meeting somebody and asking them to play my party," McCready says. "I would spend six months piecing the party together as I met people and saw things, trying to combine a lot of opposites."

The 159 Manning parties aren't happening as much these days since one neighbour complained and the city told McCready they'd charge his landlord and bring him to court if he threw another one, a situation he finds ironic seeing as he's been asked by a major city-run cultural event (that we can't name) to curate musical programming for this summer.

This is why the 159 Manning party is growing into what are now Tim McCready-hosted parties at The Gladstone Hotel. He keeps the same looseness and vibe of a house party, but takes over an entire hotel to pull it off.

"A lot of thought goes into the parties," he says. "It’s not just wild abandon. Everybody is welcome. Trying to transfer that to the Gladstone ... they give me free range to do whatever I want." 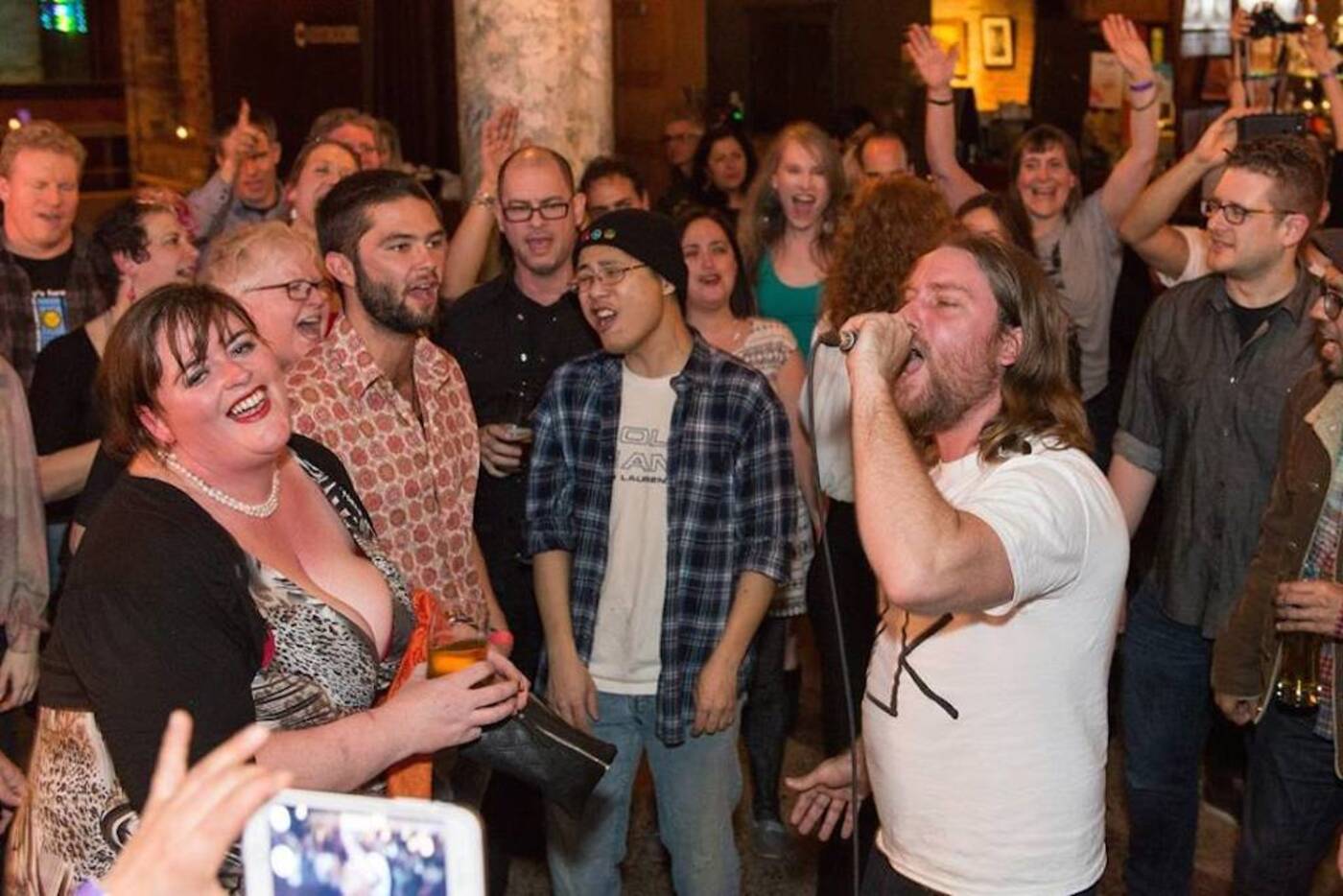 For the December party, he'll have a Videodance party in the ballroom, the Harp Twins playing in another room and psych rock indie band Possum.

"The party I threw in April had six bands, seven DJs, I had enough for three parties. This time I scaled it back, one rock band that is new, contrasted with The Harp Twins, and then Good Enough! Live Karaoke until 2 a.m.. Hopefully people are wasted enough to want to sing."

Good Enough! Live Karaoke, which is just about to celebrate three years of existence, is Tim's main gig these days. It's his baby and he plays guitar and keys in the permanent backing band.

"Part of me being able to work as an event planner is the ability to follow my inspiration," McCready says."That’s why I do something with the Gladstone where I get carte blanche and a budget to work with. My talent is recognizing other people’s talents and comboning different acts and following my inspiration."

McCready grew up in a religious household with a baptist pastor for a father. Though he kind of shook the religious side of things and the fact that there was no rock music or dancing allowed in the house, he did retain one thing from his strict upbringing.

"What did carry with me what the community aspect of it. Even though I put my name on the house party this month, these things aren’t about me, it’s about making other people happy.

"I didn’t set out to be the house party guy. I did set out to throw really good house parties, but for whatever reason it’s become the most well received thing I do."