The history of Electric Circus when it was Toronto's best party

Except maybe PJ Phil on YTV's The Zone or Speakers Corner, Toronto has no greater icon of pure 1990s television culture than Electric Circus, the high energy dance show that aired on Citytv and MuchMusic between 1988 and 2003.

For the uninitiated, Electric Circus (or EC) chronicled 90 minutes in a sweaty television studio (used during the week by Dini Petty's CityLine) full of dancing people - some professional, some randoms off the street - featuring DJs, rappers, established and new artists and a rogues gallery of madcap fashion.

For its first few years in operation, MuchMusic was available only as part of an expensive cable package, and aside from the odd free weekends or bootleg cassettes from well-to-do friends, watching the latest music videos 24/7 on "the Nation's Music Station" was a luxury enjoyed by smallish minority.

Local shows on basic cable such as Video Singles (on CFMT, channel 47 cable 4), Video Hits and Good Rockin' Tonight (on CBC) and Toronto Rocks (on Citytv) filled the plebeian void for a short while.

In 1988 when Much became available as a "free" channel on all basic cable packages, these shows began to disappear. Toronto Rocks producer Joel Goldberg recalls that while Citytv's visionary man upstairs Moses Znaimer saw Toronto Rocks as superfluous in age of Much.

Instead, he was eager to replace it with another broad music narrowcast, a live dance show that would highlight the new space at 299 Queen Street West, in what he termed "the living movie".

In its early days, Citytv had hosted the very popular disco dance show Boogie, and Znaimer was keen to revisit the dynamism such a show would generate.

Local dance shows had been successful since the 1960s - most famously with American Bandstand, playing a significant cultural role in breaking new sounds and genres to a wider audiences.

Also in the 60s, CBET (the CBC affiliate in Windsor), had its own dance show called Swingin' Time which regularly featured Motown artists such as The Supremes and Martha & The Vandellas from across the border in Detroit.

The series was notable for many things, including featuring a multi-racial group of dancing youth, something forbidden on television at the time in North America.

Viewers in Detroit were able to receive the broadcast, and in addition to helping foster more interest in the Motown sound, the imagery aided in challenging Michigan's staid racist culture. 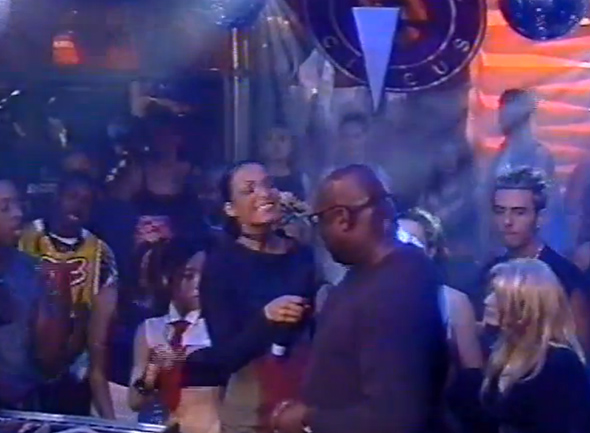 In his excellent new book about MuchMusic ("Is This Live? Inside The Wild Early Years of MuchMusic"), author and original Much VJ Christopher Ward details a covert meeting in a pub which included the likes of MuchMusic's director of programming John Martin, RockFlash host and VJ Kim Clarke Champniss, and producer Joel Goldberg.

After throwing around a bunch of ideas for the show (including possibly shooting it in an already established Toronto night club), they settled on rooting it firmly at 299 Queen Street West, where people on the street could watch.

As for what to call it, Champniss recalls suggesting the title "Electric Circus", which was also the name of an infamous nightclub that had existed at 99 Queen Street East (original home of Citytv and MuchMusic) in the 1960s.

The trio all agreed that it was the perfect designation, as it would keep the spirit of 99 alive and well in the shiny new 299 environment.

Moses wanted it to run for 90 minutes on Saturday afternoon, live-to-air. He brought onboard Monika Deol, a spirited young entertainment reporter at Citytv who happened to also be a DJ and club kid who really understood the culture.

She co-hosted alongside Michael Williams, who had already established himself as a powerhouse VJ on MuchMusic and host of Much's first specialty shows like Power Hour and Soul in the City. 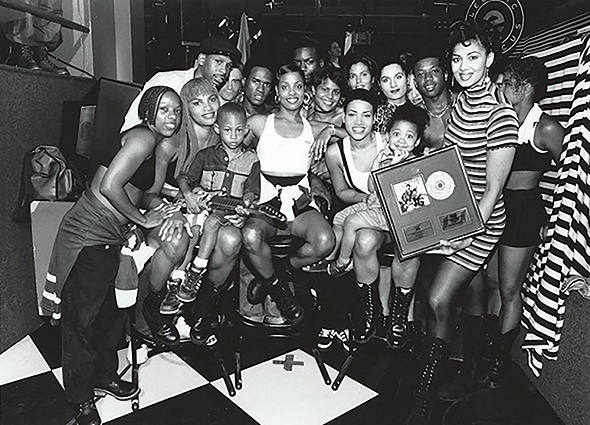 In its first year on TV, Electric Circus featured an eclectic mix of club cuts, hip-hop and rock anthems. So on any given Saturday you might hear a Public Enemy track mixed into AC/DC followed by a thumping Italo piano house song.

Behind the scenes, Deol was eager to cut out the rock stuff and pursue a more purist club approach, while the show was also attracting a lot of artists on the come up in the burgeoning Toronto hip-hop scene.

The Dream Warriors, Michie Mee, and Maestro Fresh Wes all famously did time at EC back in the day.

In fact, Maestro's experience on the show was career defining - after being asked to appear on the merit of some tapes he had sent in, Wes was baffled by the attire of some EC dancers ("Soul Train meets Dukes of Hazard" is how he described it recently), and wasn't sold on a second appearance.

Fate would have it he did show up, and that same day Miami freestyler Stevie B was in the studio.

Stevie B witnessed Maestro perform "Let Your Backbone Slide" for the very first time, and basically got his label to sign Wes on the spot. Toronto's role in future hip-hop greatness beckoned.

Michael Williams left to develop RapCity, and videographer George Lagogianes became the EC co-host, which also helped with Znaimer's edict for Citytv and Much to spotlight production "process": the show would cut from wide-shots of the dancers to George's POV, and then back to him talking with Monika.

The same revolutionary touches were applied across the board - whether it was for EC, CityPulse or The New Music.

As the '90s rolled on, even the O.G hip-hop started to get phased out. While Goldberg started to direct music videos for Maestro, The Dream Warriors and others, he passed EC producing duties onto Sharon Kavanaugh.

1992 proved to be a banner year, as the series as it moved from Citytv to MuchMusic, and more importantly from its early afternoon slot on Saturday to later at 7:00pm. Kavanaugh had convinced Znaimer that club kids needed a place to warm-up before heading out to the real clubs around 11:00 p.m., and EC was the perfect spot.

As the series started to blow up, so did the calibre of guests, and the volume of curious onlookers outside the windows of 299 Queen.

For the first time EC went on the road (to Ottawa for Winterlude), and held a massive outdoor dance party in the 299 Queen parking lot.

Whether you were inside or outside, into the latest club sounds or just watching on TV to make fun of the dancing, EC became an essential weekend destination in T.O.

The show's success was predicated on many factors - Monika Deol (who was also doing time simultaneously on MuchMusic's RapidFax and Citytv's entertainment desk) was the breakaway cult star, but the EC dancers also became local heroes.

The show explored club culture beyond just the music - fashion, health and lifestyle were covered - and as Deol put it the studio looked like the United Nations under one groove.

Most importantly, it was a lot of fun - a killer party that everyone was welcome at.

Around that time there was a drastic sea change in club culture, as the scene which had gone main-stream in the lead up to the millennium fell victim to resurgence in guitar bands.

Club culture went back underground, and while EC did manage a few one-off specials, it was mostly resigned to the retro '90s ephemera pile.