Some Metallica fans could be denied entry to Toronto concert

Metallica is in Toronto tonight to play a charity concert at the Opera House in support of the Daily Bread Foodbank. Tickets were nearly impossible to snatch up, but after-market tickets were surprisingly easy to get your hands on thanks to one web site.

When tickets went on sale last week, they were first available for $25 to members of the Metallica fan club and then $100 for the general public, but they sold out in minutes. So how is it that one web site, TheTorontoOperaHouse.com, was selling individual tickets - some for as much as $1,588? 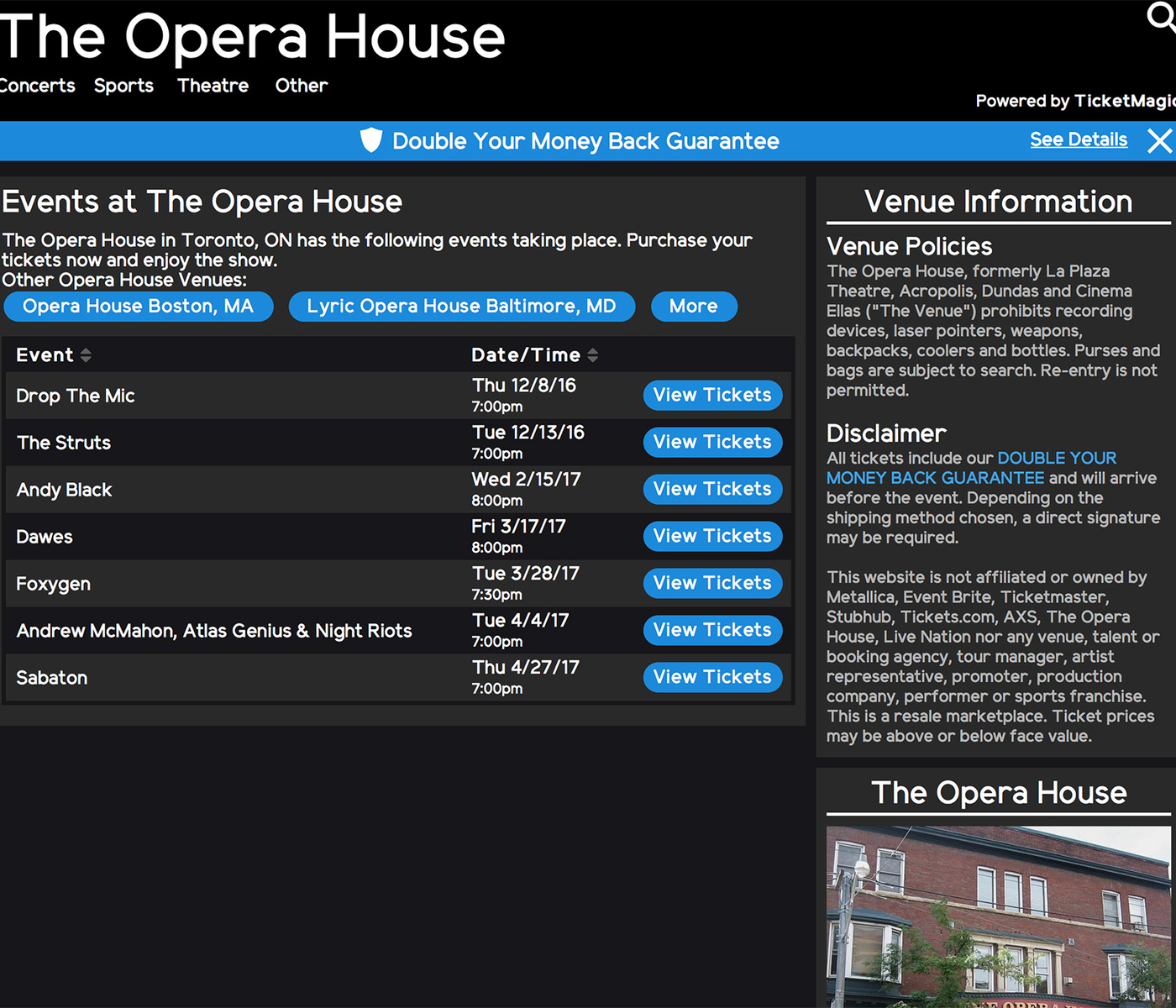 The venue's been aware of the web site for some time, but if concert-goers show up to pick up tickets purchased from this site they'll be denied entry.

The Opera House only honors tickets purchased through official ticket vendors like Ticketfly.

The Opera House has posted messages to their social media accounts trying to alert would-be ticket buyers of the situation.

NOTICE: OUR VENUE IS NOT AFFILIATED WITH https://t.co/vzGQMCeSvt THIS IS A FAKE SITE! https://t.co/51TRyz343Z

We reached out to TheTorontoOperaHouse.com for comment but were unsuccessful. We'll update this article if we hear back.