This DJ throws some of Toronto's best theme parties

Have you ever been at dance party and a Rihanna song came on? But when it was over, you just wanted to hear one more song by her? A two or three song mini-marathon would light up your night, right?

This is happening, but on an even bigger scale with awesome visual effects in Toronto right now.

Bagdan's being DJing theme parties centred around iconic pop stars for over 10 years and he's the only one doing it right. There's a reason Prince, Madonna, Michael and Janet and more recently Lady Gaga have made the cut.

"People ask why don't you do a Roxette or Whitney Houston party? I just don't see them as being interesting for an entire night. The artist has to be interesting for four and a half hours or there's no point in doing it," explains Bagdan. 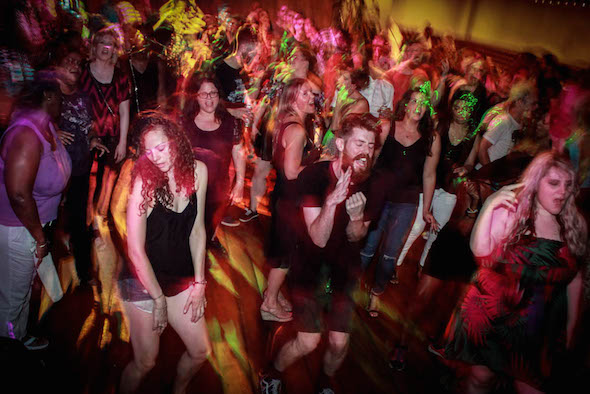 He mixes songs alongside music video for the entire night. What partygoers don't see is behind it all is Doctor Baggie spinning on two CDJ's and four DVD players, while simultaneously mixing with a VJ mixer.

"I once did the Madonna party at The Drake over Pride," he says proudly. "They had extended license and asked me to start the party early. I started at 9 p.m. and went until 4:30 a.m. Eight-and-a-half hours of Madonna later, I didn't have one single repeat or slow song. And I didn't leave the stage once even to go to the washroom!"

Bagdan is a machine. As a self-confessed music addict, he says these parties wouldn't happen throughout the year if it wasn't for his creative work or his promotional gusto.

"A lot of people call me the promo king or the promo slut," he says. "People come up to me and say, 'oh my god I was in Mississauga and I saw your Purplelectricity poster! What the f*ck!'"

His posters are all over the GTA. He's found what he calls the city's "sweet spots," or areas where the posters stay up for six months at a time. 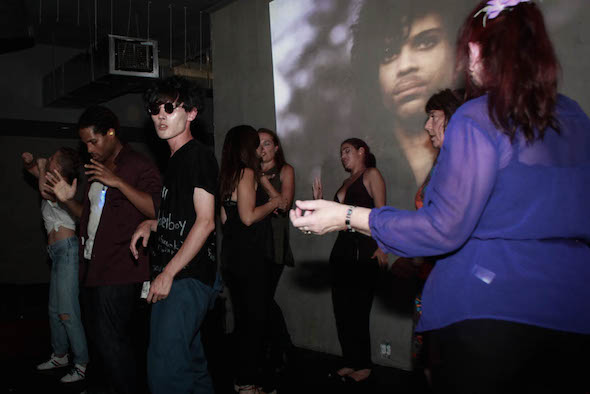 "People need something ephemeral out there on the streets to connect the dots," he says. "You see the poster, you see the ad on Facebook, you get an invitation... If you get one touch point for marketing, I don't think people jump on it as much than with multiple moments of contact."

These are what define Bagdan and his parties. Over four hours of Prince? It's possible and it's amazing. But Bagdan's aware that as the icons age, and so does his audience. Although that's not stopping him from being your new favourite music teacher.

"Younger people will come up to me and tell me they're kicking themselves for only having come recently to their first party," he says. "For the new crowd coming to these dance parties, I think it makes them culturally literate. To see how current artists are influenced by them. It's a study in pop culture."

All photos of Purplelectricity by Chris Burke.