Whatever happened to MuchMusic? At a time when Toronto once again finds itself at the axis of the music universe, with internationally recognized artists, sprawling iconic venues, and world-wide appetite for information on our city and its cultural conduits, "The Nation's Music Station" is AWOL and missed more than ever before.

MuchMusic debuted at the sweaty end of summer '84, after gnomic Citytv visionary Moses Znaimer pursued a 24-hour music station while CRTC indifference kept it at bay for years. In the meanwhile, Znaimer and some extraordinarily talented people in Toronto began producing smart music television - first with The New Music, then Toronto Rocks, then finally the seminal City Limits in 1983.

By the time a broadcast license was granted the creative maelstrom at Citytv's 99 Queen Street East location ensured MuchMusic was unmissable, depth charge television from day one.

Down south, MTV had been trolling TV buzz since its launch in 1981, but outside of the endless stream of music videos it lacked self-awareness, and came across as somewhat dull (to most satellite viewers watching illegally in Canada, anyways).

Citytv's The New Music not only pre-dated MTV, but also presaged the age of the VJ, real "characters" to help guide the audience through all this groovy new stuff.

Even more prophetic was City Limits. Hosted by the irresistible Christopher Ward (fresh out of Second City), City Limits capitalized on a single tiny cheap set, surreal skits and primal video art, along with b-movie clips (ala The All-Night Show) peppered with re-occurring characters (ala SCTV) and cross-overs with Citytv's mostly serious news division CityPulse. 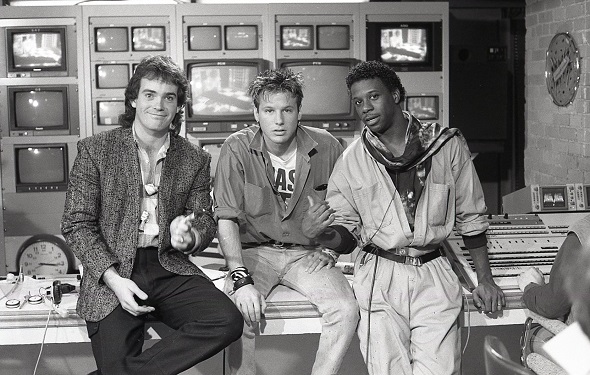 City Limits remains possibly the most subversive Toronto TV show of all-time, and certainly an incubator for much of Much: Ward of course went on to be one of the first VJs, and behind the scenes folks included later-era VJs Simon Evans and Tony Young (aka Master T), plus brass like David Kines, who ended up running the station in the 2000s.

Curiosity and nostalgia for the early days of MuchMusic was once upon a time fostered by the station itself. In 1994, it dedicated a whole weekend to clips from its first 10 years ("Sleep is for wimps" marathon); In 2004, a 60-minute clip show was run.

Thankfully, it would seem that the long frozen winter of not being in the looking-back business is beginning to thaw. Next week, Random House is releasing Is This Live? Inside the Wild Early Years of MuchMusic The Nation's Music Station by former VJ Christopher Ward.

The book is an oral history collected by Ward, featuring insights from all of the early creative players, VJs, and bands both Canadian and international who acknowledge MuchMusic's crucial role in their careers. 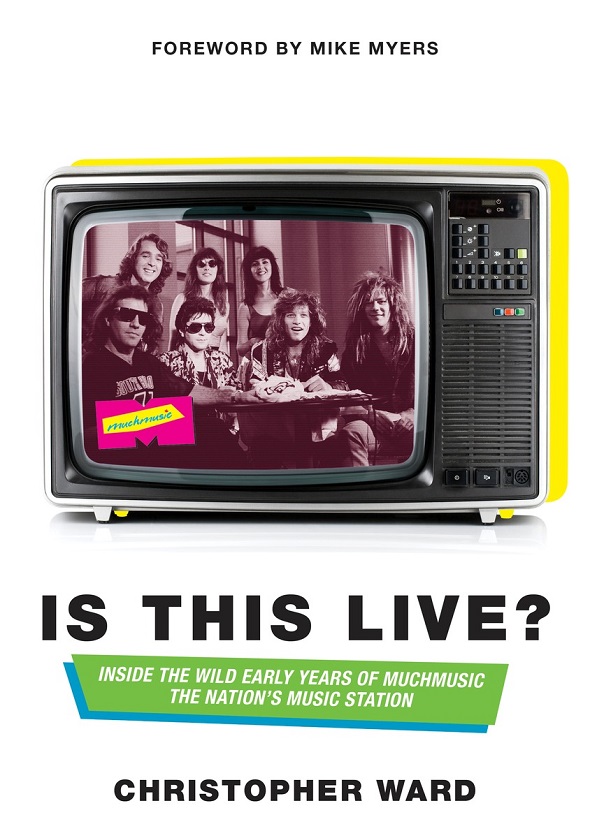 The book is chock full of glossy photos guaranteed to get the synapses of any enthusiasts from back in the day fired up, and it includes a mixture of fairly serious revelations and comedic stories from the likes of Moses Znaimer, Erica Ehm, Michael Williams, Steve Anthony, J.D Roberts, Laurie Brown and The Spoons, Corey Hart, and Bryan Adams.

Is This Live? Is an essential chronicle of not only '80s and '90s Toronto, but the scenes that bumped into it and helped mold it into the dynamic music destination it is now. 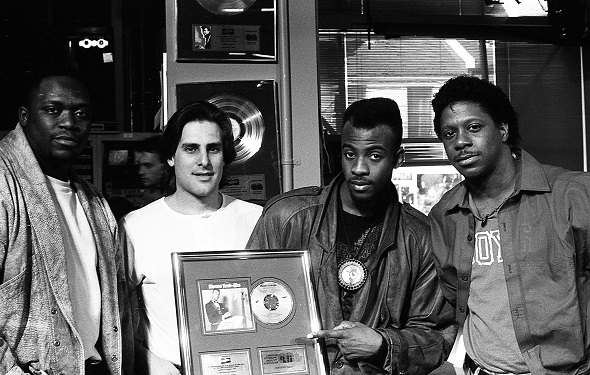 One obvious example: Much shows like Soul in the City and RapCity helped break hip-hop into the mainstream, and those early Maestro Fresh Wes videos for "Let Your Backbone Slide" and "Drop the Needle"(recently named one of the 150 Essential Works In Canadian Cinema History!) blew the doors open for the next wave of local rap and hip-hop stars to do their thing.

And we all know where that led...

Ward's own memories and funny asides are interspersed with the comments of others, and the tome is presented roughly chronologically finishing up around the late 90s before things began to really change.

Ward avoids drawing any conclusions about how the powerhouse station went from defining a generation to airing sloppy seconds of The Simpsons and Degrassi, but for the benefit of the reader he chooses to focus on the heady early Rock'N'Roll days when both the creators and the viewers had the most fun with self-described "$1.98 television" 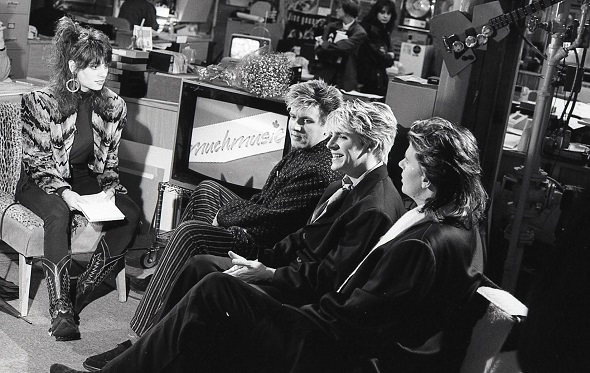 MuchMusic themselves are aiding the release of the book by launching a video hub featuring classic interview clips curated by Ward himself, and featuring David Bowie, Madonna, The Tragically Hip, Kurt Cobain, Run DMC, The Ramones, Duran Duran and many more.

On November 4th, Christopher Ward will be appearing at the Royal Theatre to launch Is This Live? with a special screening of rare material (a Retro mix-tape curated by Retrontario). Hosted by 80s VJ J. Gold (aka Joel Goldberg), the evening also promises appearances from other popular VJs, a Q&A and book signing. Tickets are available here. 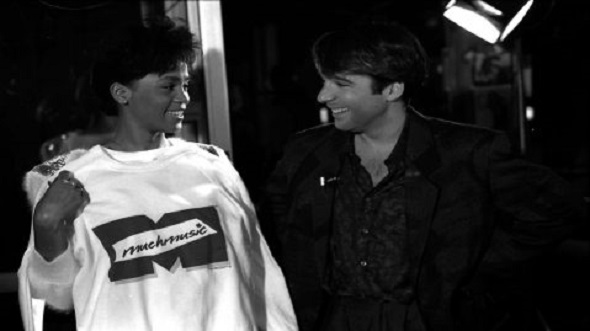 So, good times await fans of the early, wild days of our local national Music station. We can only hope that shining a light on the past may further illuminate some of that sweet vitality missing from today's blander incarnation.