Toronto DJ duo are the ultimate ambassadors of fun

If you had to chose one song that perfectly describes how you got to where you are today, what would that song be? For Toronto's Members Only, it's Gwen McCrae's "Keep The Fire Burning."

The song is a disco and R&B classic and basically an instruction sheet on how to succeed in love and on the dance floor. This is the spark that started the eternal flame that is Members Only. Paul Johnson and Adam Beck began as a duo around 2007/2008 after meeting through a mutual friend and needing a roommate. It's a "tale as old as time, song as old as rhyme," Johnson says.

"In Montreal we were offered a weekly Monday night residency, and suddenly felt like we needed a name," Johnson, who works in film (both behind and front of the camera) as a day job, says. Beck also works in film, and sometimes they work together, as was the case on the MMVA-nominated video for Keys N' Krates "Save Me" that they co-directed.

"We were both into wearing Members Only jackets at the time, and went with that, not expecting to have to live with it for the next eight years."

Clearly the guys were more than a fall/spring fashion trend. The membership idea goes beyond clothing. "In a way it's sort of befitting to the style of music that we play and the legacy of dance music we draw inspiration from.

"Many early disco and house parties were actually 'Members Only' events, where you had to be a card carrying member to enter the venue."

Members Only parties definitely aren't that type of thing today. Evening Standard is a residency they've held down for five years at The Drake. Johnson and Beck love DJing and have a good time doing it, but also work very hard at it, inspiring other DJs and crews in the city with their open approach to musical selection and party vibe. 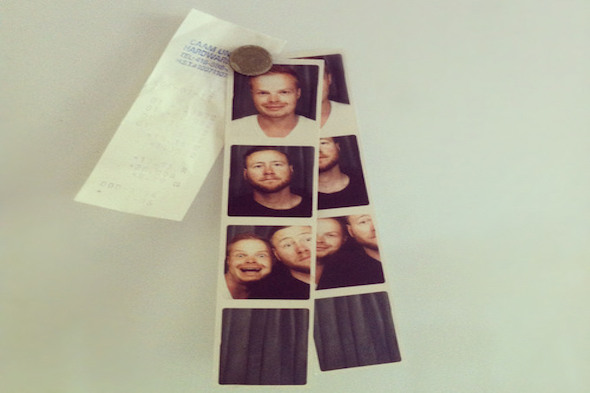 "If you look at some of our first guests - Eli Escobar, Hunee, Justin Vandervolgen, Todd Terje, Soul Clap, Jacques Renault, CFCF - I'd say musically things are still rooted in the same world," Johnson says. "It's just that most of those people have gone on to have very large careers, while we still tend to focus on bringing in new names or lesser known figures."

They aim for something that ends up being friendly on the wallet for the promoter and more exciting for the partier. And while crowds are forever changing, especially over a five year party period, people are "are still all there for the same reason and appreciate the guests we bring in and the music we play," he says.

"We haven't really had to cater to trends and change what we do, which has been nice, to be older and still cool with the kids."

But what is that keeps people coming back? How are these two men, who look like they could be your long-lost cousin at a house party, or your slightly cool younger uncles who stayed back after the rest of the family turned in for the night, able to gain the respect of so many in the scene and draw crowds of fun dance music lovers?

"If you've never been, the easiest way to summarize it is that we play music made for dancing," Johnson explains. "It's disco, it's house, it's everything in between, it's Prince, it's techno, it's Whitney, it's the sound of tomorrow, but is it Balearic?"

They're parties are loose and fun, loud and friendly. The mix is masterful and the song choices are purely based on keeping the fire burning. They're not so much interested in trends, but more what takes the fun level to un-measurable heights.

"[DJing] gives us an excuse to experience pure joy for a night in a way that still engages our brain, and have a real nice time," Johnson says. "Does Toronto need 'Members Only'?... Only if people can't live without not being able to hear Chris Rea, Kerri Chandler, Junior Byron, Maurice Fulton and everything else in between in a single night. Which most likely, they can."