This Toronto dance party has blown up across the globe

"I'm like the McDonald's of rock 'n roll and soul music," Steve Rock jokingly says. He's the creative genius behind Motown Party, which is now franchised and operates on a mostly monthly basis across Canada, the U.S., Paris, London and very soon in Philadelphia, L.A. and Tokyo.

The party he started also turns eight this year.

What started as passion project eight years ago in Toronto has grown into the party monster that it is today thanks to a lot of hard work and a passionate team.

"There's a lot of soul parties in Toronto; we certainly weren't the first one to do it, but we were the first ones to make the focus on soul all night long," Rock says. "What we did is play rarities, Northern soul, Stax, not specifically Motown labels... the Motown sound is what we named it after.

"The last hour or halfway through the night what we started doing was a chicken and egg type thing. You play the soul samples which would later become the backbone to amazing '90s hip hop and gangster rap hits." The DJ then plays a bit of the modern track, but always brings the focus back on the soul artist.

"It turned into a fun way to educate but also fuck with the crowd," he says laughing. "People would hear Bill Withers 'Grandma's Hands' and expect it to be BlackStreet's 'No Diggity'. It was fun to see that enthusiasm or look of surprise wash over an entire room." 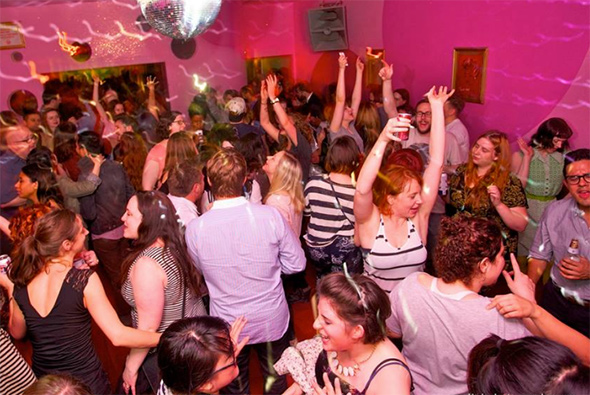 Captivating an entire room is what Rock and his team quickly became experts at. Incorporating multiple award winning DJs playing both vinyl and digital set-ups to Motown dance party style go-go dancers and routines, with projected animations of archival footage (like Diana Ross on the Ed Sullivan show) all make for a completely engaging night of wild dancing.

It's an environment to let loose, where dressing up is encouraged and not taking anything too seriously is almost mandatory.

"It's really campy stuff. It's a visual treat but the focus has always been on the music," Rock says. "We want to deliver something better. Anyone can go out and play some top soul tracks off '60s compilation albums and press play, but we like to take it and do it in our own way with respect to the genre. It's structured but fun."
It's that drive and structure that enabled him to test out the party in Brooklyn and have it stick. It worked well in Vancouver, then blew up in Chicago. It's a formula that never gets old and works well with teams of DJs and promoters in every city working to keep soul music alive.

Rock grew up in a house with music-obsessed parents surrounded by rock and soul, "I was raised by Sabbath and Diana Ross," Rock, who also throws the city's Y2K and Turn Back Time parties says. It's his early appreciation for music and its positive messages and fans that come along with it that help inform the party. 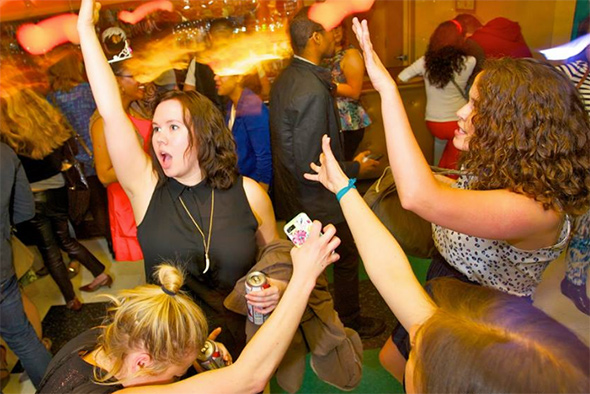 It's a very inclusive party, with zero tolerance for any any ageism, homophobia, transphobia, sexism or racism. He's proud to say there's never been a fight at Motown Party, "You have to be really pissed to want to punch someone in the face to Baby Love," he says.

Where the party has gotten into some trouble are some claiming that Rock is another white guy culturally appropriating a genre of music for financial gain. He's very aware of this and makes sure the party offsets this by donating partial proceeds to the Motown Museum -- an official fund set up by Motown that helps their older artists in need.

They also donate to charities that focus on people of colour, and women. He insists he throws these parties because at the root of everything "this music is so steeped in cultural growth, in civil rights..."

"The beauty of Motown is that it is inclusive, it's meant to bring people together rather than force them apart. Marvin Gaye's 'What's Going On,' for example. Spread a message of love and togetherness and we've been able to do that for eight years and we're very very very very happy about it."

Photos from the Motown Party.