This Toronto party has redefined dance music in the city

Understanding one of Toronto's most influential, talked about and well-attended monthly dance parties is like trying to grasp the idea of a sushi burrito.

It exists today, it's very good, but its mere presence in our collective society is steeped in layer of cultural and culinary influence.

Ok, take out the food bit, but keep the analogy (I also ate a Sushi Burrito for breakfast so it's on the brain). Course Of Time is a monthly party that's been keeping Toronto's dance music gears and chains well oiled for five years. Asking party creators Omar Al-Samadi, Alex Charlton and David King about the origins of the party, the various states of dance music in Toronto's history inevitably come up.

These guys have a deep love and knowledge of the stuff, which is probably why the party is still going strong/isn't going anywhere.

"I think that the state of dance music [in Toronto] is phenomenal despite EDM having this talked about backlash," say Charlton, who is a DJ and producer in his own right. "It's now one of the most popular genres worldwide... it's just to North America it was new a couple years ago and now people talk about it like it's dying. 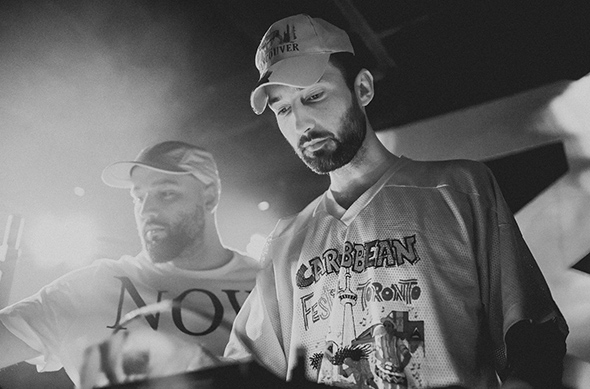 "The heartbeat of house music is never going anywhere. You hear about music festivals now and the return to live rock, and that's great, I love to see a band, but anyone who's 18 going to a concert and see's a DJ play and the experience you get listening to a giant stack of subwoofers hit you with a kick at the same time... DJs have an effect on that crowd that's amazing."

"The market has become such a big business," King says. "Emerging scenes and styles and individuals aren't able to carve out their own niche as much as they were five years ago. It was a lot easier to come out and say I'm going to throw dance party in a 300 person room and figure it out.

"A lot of what we're experiencing right now in terms of Toronto DJs and Toronto music in general is a result of a lot of much earlier flexibility where people were able to test stuff out." 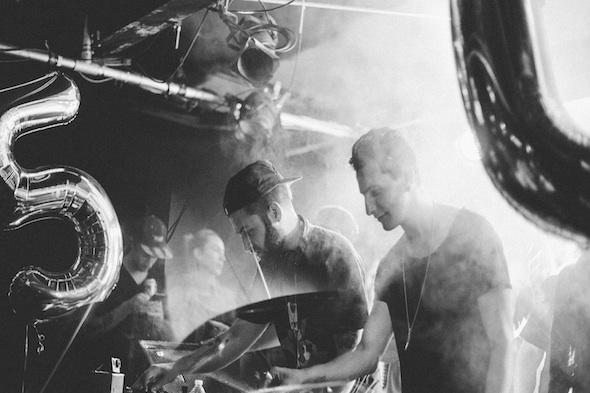 Al-Samadi chimes in with a different view. "There is an expansion in the market," he says. "You have big players and then younger people coming in and choosing to dig deeper. Whether that means booking more niche or choosing to do events in cooler spaces."

These three different views are what make up Course Of Time, a dance music party for people who love good music, not a specific genre or vibe. The goal is to feature the "best in contemporary dance music" whatever that may be.

"What we've done differently is we're not really associated with a specific style of genre of dance music," King explains. "Whether it was dubstep, moombahton, trap, or it's deep house, nu disco, indie house, tropical house ... these themes come and go and a lot of parties typically get themed around the genre of music.

"Because we all have our own inclinations towards music that's slightly different, it forces us to think, how do we want our party to sound now? And it doesn't have to sound that way forever." 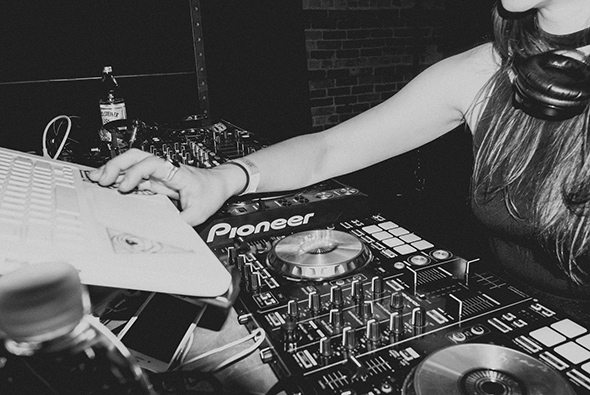 What began as a conversation about throwing a dance night over (many) drinks at Charlton's cottage, very quickly materialized into an event. They started at Supermarket in Kensington Market in August 2011, and moved things to the newly renovated Velvet Underground at the top of 2016. They've now found what they feel is a new suitable home at Drake Underground.

"Our new space offers a place you can come, have some drinks with friends, sit on the sidelines have some food," King says. "Whereas some spaces you have a room, there's nowhere to sit and it's dark and a crazy light show. And you have one option."

"And there's nothing wrong with that too!" Charlton says.

"The great thing with our party is we are dance night that [isn't] super serious about just being in the club. Good music, good people and trying to constantly push new things forward," King says. 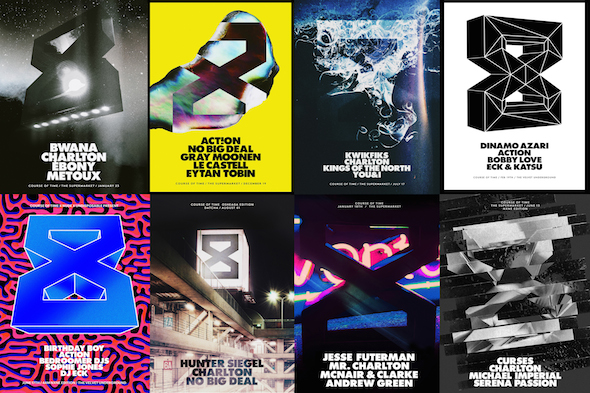 Course Of Time has housed many Toronto up and comers, regulars and legends like Zeds Dead, Dinamo Azari and Hunter Siegel.

And it's the combination of their now well known art work (the hourglass graphic symbolizing infinity and changing of time by the trio's good friend Phil Armson) and the ever-changing music and an understanding of a brand that's welcoming but also boundary-pushing that keeps the party relevant.

"We've created a safe space for people to be experimental, that as long as it's focused on the dancefloor we're cool with it," King says.

"One thing for us that's always been really important is keeping this type of event accessible to any demographic but also keeping it affordable," Al-Samadi says. "We've always prided ourselves on having a place where you can go, hear good music and have an awesome night out with your friends, but not have to spend an arm and a leg.

"With the raising ticket prices for dance music nights in our city and the boom of EDM, people spend a lot of money to go out and see headline acts, but sometimes you just want to have a chill night with your friends and dance to good music."

Which inevitably leads us back to discussing dance music in Toronto. Talking about their party, these three can't help circling back to their passion for the dance scene, all the floating bubbles of talent they hope to float around with and in turn, their own party which has cemented itself in Toronto's dance music story. 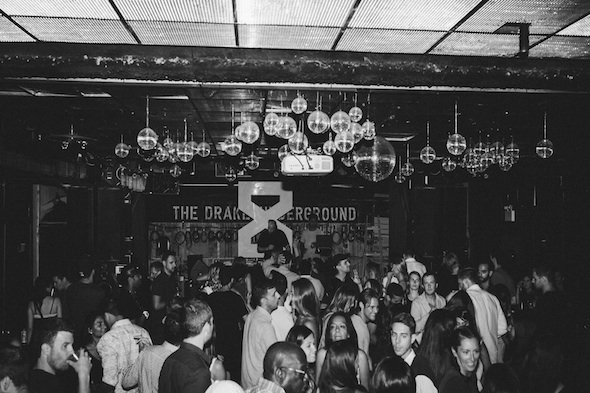 All three fellas bring up the idea of inclusion but Al-Samadi highlights the fact that it's a white, male dominated industry and that they hope to change that. They're always on the hunt for female DJs and producers and have worked with quite a few. By creating a community, they're creating family and inclusivity, which is what dance music is all about at it's roots, isn't it?

The boys conclude by finishing one another's sentences.

"People just need to be more collaborative in my opinion, be open to sharing with each other and getting together for the one great cause which is great dance music," Al-Samadi says.

"The scene is vibrant and alive, it's just adapting and changing and that has a lot of to do with the popularity of dance music," King continues.

To which King finally says "rising tides lift all ships. Anyone that pretends that big room EDM is bad for underground dance music isn't really paying attention because I think everything gets bigger together. We've been lucky to be in a space where we can be a lot of things to a lot of people."

Course Of Time party photos by Sean Berrigan from their Facebook page.