Picture sunny Venice Beach, California. All the boardwalk babes and muscle heads have finished flexing and guzzling protein shakes and they're ready to dance. On the beach, there's a palace with beautiful awnings, passages, flowing plant life, and a giant pool next door. It's like a mirage, like a living Beach Boys video on creatine. It's like walking through the gates of summer heaven.

Now picture this in Toronto, tone down the babes and beasts and muscle enhancers, and add some mind blowing dance music.

It exists! It's called the Sunnyside Pavilion and in case you didn't know they've been throwing the city's best outdoor dance parties all summer long inside a waterfront Roman-esque fortress.

"The space itself is the party," Robert Squire says. He'll be DJing the Pavilion's August event and spins at key dance nights (and mornings) around the city all year.

"You can literally walk over from the pool, have a picnic, play some bocce outside and then come into this huge greco-roman style bath pavilion and dance from the day until the night. It just feels like the right space for a party." 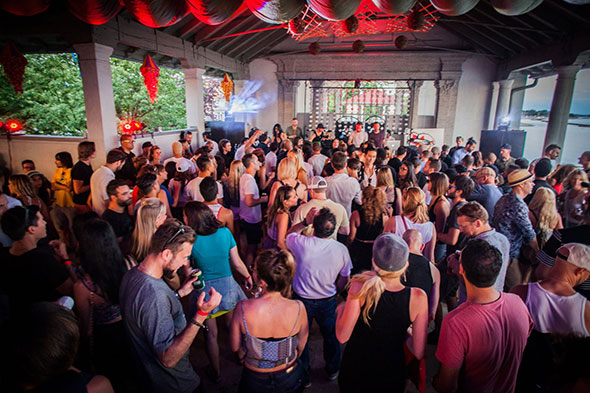 Squire isn't exaggerating. The waterside space on Sunnyside Beach has a long history in the city and was part of a 1922 amusement park complex originally built to provide a space for swimmers to change. They could rent bathing suits for 15 cents and towels for 10 cents. Now it's an observation deck, event space and Beaux Arts Style party palace.

"The space is right on the beach, but doesn't feel like a bottle-service beach club," Squire continues. "Last time I was there I caught Carl Craig alongside the homies Dinamo Azari and Stuart [from Basic Soul Unit] just playing the best stuff alongside a top tier legend that has never fallen off.

"It just seems like a pretty culturally diverse group of peoples that aren't too concerned with being cool or whatever. There were some muscle bros and bikini girls, but also some gay kids- male and female - some die hards, a lot of great djs that weren't playing just dancing and chilling, and some normies just getting down. Whoever does the programming does an awesome job."

In comes Richard Brooks, from Captive Audience and Brooks Events. He's the guy behind the programming and overall existence of the space's summer parties since 1998. With a one-year break during the revitalization of the building in 2014, he's thrown events traditionally focused on soulful and deep house. 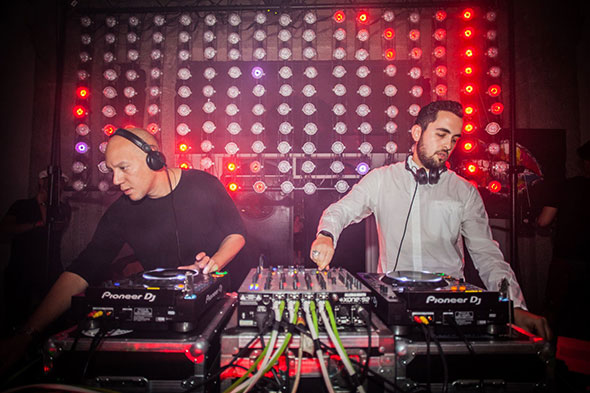 "The venue itself provides such a great blank canvas to build a perfect event and I have always paid close attention to the decor and experience being provided," Brooks says.

"I have also tried to bring relevant DJs and acts as things in the scene musically change and have changed quite a bit in the last handful of years. It's my goal to diversify my season including many additional promoters and musical acts ... the shows so far in 2016 have been more tech focused."

Dimitri from Paris, The Milk crew, Dennis Ferrer, The Martinez Bros., Sneak and Farina with Black Coffee and Chus and Ceballos all floated through last summer to pretty massive audiences. And it's the audiences that seem as much an integral party to these parties as the music itself.

A crew of people in summer gear dancing as the sun goes down? These are nights that legends are made of and are some of the greatest seasonal dancing events in Toronto history. Brooks will celebrate 20 years at the helm September 24 with Dennis Cruz before we all call it quits for the season.

Why is this such a rare thing in the city? Venues like the more PG-programming focused Harbourfront, the over-the-top Cabana Pool Bar, or the faux-beach HTO and Sugar Beach spaces all seem ripe summertime fiestas. It seems Sunnyside is the only venue that combines consistent programming, sound and audience. Less pretentious and more adventurous than the rest.

So with a massive sound system and only the fish and Paddle boarders of Lake Ontario to complain in an open-air space, they should be untouchable, right? The answer is, kind of. Though Brooks didn't want to get into the city logistics of the space (because it's Toronto so of course there are!), he did give a bit of insight.

"The venue is a city owned building but has a private lease for food and beverage so mostly I deal with the company that has the lease," Brooks says. "I have also been VP of Sales and Marketing for this company and worked booking corporate and wedding events through the years. 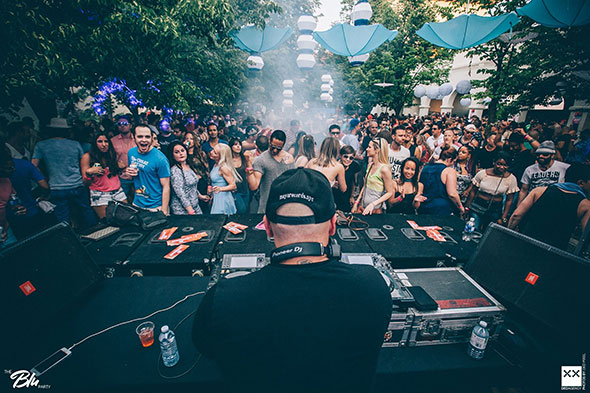 "Historically I have done nighttime events that were always amazingly fun, but over the years this was more of a challenge as there were a few issues regarding noise."

Maybe the birds in High Park need their rest, but we can't be shocked that a couple sleepy grumps have shut down all parties post-sunset. Yet despite the ability to party under the stars outdoors, the magic of Sunnyside remains.

"What makes it special is the fact that over the years the events from way back in '99 were the most legendary and I have been able to continue this tradition for almost 20 years," Brooks boasts.

"Some of the best promoters, DJs and punters have played a huge part of the success over the years and for this I am forever grateful."

Squire, who is stoked to be playing the big outdoor summer joint sums things up even more precisely, "I think it is just a combination of the space and the programming. And maybe the fact that it doesn't seem to take itself too seriously." 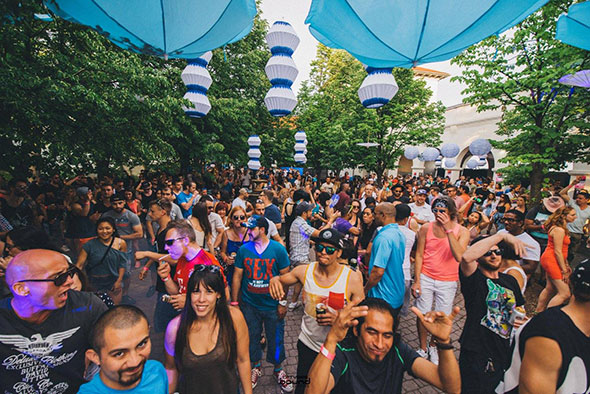 Photos by Tim Sandik from the Sunnyside Pavilion Facebook page.