It all started as a picnic on the beach with a sound system. It's since grown into one of the most positive, inclusive, essential summer dance parties in Toronto.

It's called Promise Cherry Beach, and yes, it's as magical as you've heard if you've never been.

"Cherry Beach has thrived because Dave and I have tried to keep it as unstructured and organic as we possibly can," Irving Shaw, co-founder of Promise, says about him and his business partner David Macleod.

"We don't have sponsorships... there's really nothing for sale. I think that there's something about the simplicity of Cherry Beach that endears itself to people who go there."

Promise parties go year round at different, random venues all over the city (follow their Facebook and Instagram pages to find out about the next one!), but it's the Cherry Beach bashes that have people and DJs from around the globe excited.

The guys have created an outdoor oasis, free of any advertising, money-making agenda, and packed with love, dancing and very good dance music.

"A lot of people DJ in clubs and basements, so to be outside beside waving trees beside windsurfers and sailors and people chasing beach balls around and dogs and puppies and children dancing, it's great," Macleod says.

The party began as something called Unllegal, and for eight years they threw technically illegal dance parties on the east end oasis. With an impressive sound system that can be packed up into a trailer, completely with a six inch wooden riser (mainly for shorter DJs) they welcomed anyone wanting to dance without the traditional constraints of a commercial club or party. 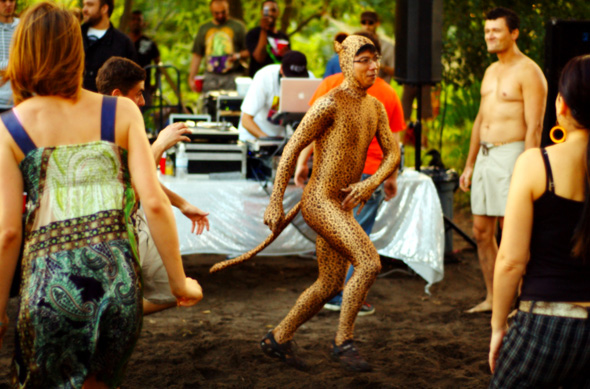 "The fact is we started out as a vaguely rebellious thing," Macleod says. "The idea was that you keep it calm, quiet, everyone takes case of themselves, cleans up after themselves. It was a very DIY, self sustaining mentality.

"Even even when we had a permit and could make the event what we wanted to, we still wanted to carry forward that sense that it's your event, you're taking care of it. We're just bringing some stuff to help."

With the help of local councillor Paula Fletcher, they got a license for the party and now throw 14 Promise parties a summer.

They've reached a point where party goers trust their musical taste (both guys have always loved music and both have family members who were organists in United Churches growing up, so the Sunday meeting to rejoice make a lot of sense).

And thanks to having their ear to the ground both locally and internationally, they consistently put together a steady DJ lineup worthy of, if not even more impressive than, any club in the city.

"One of the things that's certainly shined through, especially with Cherry Beach, is that each DJ plays once per summer," Shaw says. "We go through an outrageous amount of DJs over the course of a summer, and it gives us a chance to hear so many and for other people to hear them as well."

With hundreds of DJs playing all over the city at anytime, they pride themselves on finding the cream of the crop for the parties. The reputation is so solid Skrillex asked to play after a show at Echo Beach so he could play a non-Dubstep set in a more underground, low pressure setting. 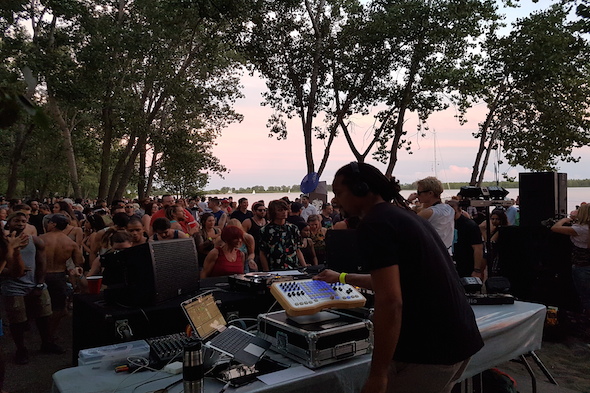 "We're both really avid fans of electronic music, and the fun that dance music offers," Macleod says. "But I was always curious about very different parties spaces." Warehouses, ballet studios, storefronts, lofts, the guys get as much of thrill from a party for 20 people than one for 200.

The main focus across all their events (their currently on a farm speaking to me from a trailer in the middle of a field getting ready for their annual Harvest Festival) is inclusivity, something that we've written about before, and an annoyingly consistent issue.

"Toronto on many levels, whether it's municipal government or the entire nightlife scene in general, can be kind of exasperating," Macleod says. "You're not treated well, girls are treated horrendously at parties all the time. The percentage of guys that are just groping girls as they go by is not just acceptable."

"We create an environment where you relish people's individualism, their creativity... even welcoming the kink and fetish scene," he continues.

"You could show up to any of our parties wearing a sparkly Speedo and a cape and people will start talking to you. You're allowed to and encouraged to just be yourself. I think people do not feel that when they go to a regular club or commercial event.

"Our own people understand the survival of the spirit of the event is largely based on not harassing or abusing anyone in anyway. Whether that's a guy grabbing a girl, someone pushing in a lineup, we want people to open their eyes and ears and tell us," Mcleod says proudly.

Shaw echoes the party policy and adds, "'Cause really, how boring is a party without any girls?"

Photos provided by Promise and taken by Jose Mamona.