WayHome may not be in Toronto, but we've adopted the Oro-Medonte-area festival as our own. And if the city feels emptier than usual this upcoming weekend, it's probably because everyone's partying at the Burl's Creek Event Ground. Gates open at 3 p.m. on Thursday, July 21 so you can start setting up before the music begins, and the ferris wheel starts spinning, the next day.

If you're new to this three-day camping extravaganza, or even if you went last year, there's lots to consider before schlepping out of town. Here's your guide to the WayHome festivities - and here's a map if you get lost!

Money
WayHome is going completely cash free this year. That means you can pay for everything via your wristband instead of carrying around (and inevitably losing) cash or cards. Festival staffers recommend topping up before you arrive - if you're worried about running out of money, you can set your wristband to auto reload. But don't fret, there will be reloading stations on site.

Food
You'll probably be cooking a lot of your own food, but if you're feeling lazy and don't want to run back to your campsite for meals, there will be lots and lots of gluttonous food options available. And to keep you going throughout the festival, there will be more coffee vendors open this year, especially in the 24-hour areas between the east and west camp grounds.

So, what can you look forward to stuffing your face with? Here's a list of the food vendors. 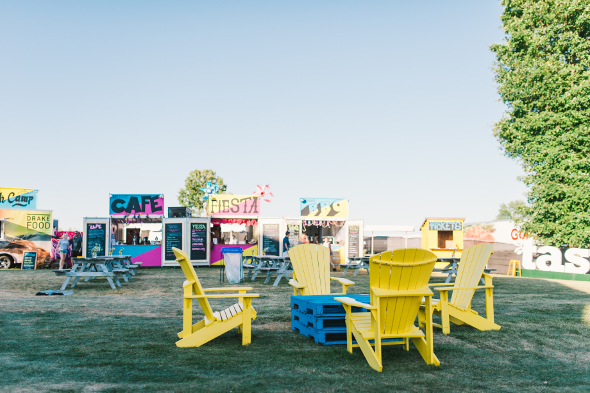 If you decided to go all out and buy VIP passes, the food selection looks even better. Along with gaining access to the site's refurbished 1930s barn, you'll get to eat breakfast, lunch and dinner at three mini restaurants created by the Drake: China Town, Sneaky Tee's and the Drake Diner.

China Town will feature snacks like pork and shrimp dumplings and sesame chicken wings; Sneaky Tee's will take a cue from Sneaky Dee's to serve up nachos and tacos; and the Drake Diner will dole out breakfast sandwiches, granola, burgers, pimento cheesy fries, avocado toast and kale Caesar salads.

Drinks
If you're going to drink, load up your wristband or come prepared with a cooler for your campsite. Expect Molson products - the big beer company is a major sponsor - as well as Somersby and Smirnoff.

But more importantly, bring a reusable water bottle because it's going to be a hot weekend and you don't want to get dehydrated. There will be two big water refill stations; one in the main concert bowl and another by the WayBold stage. 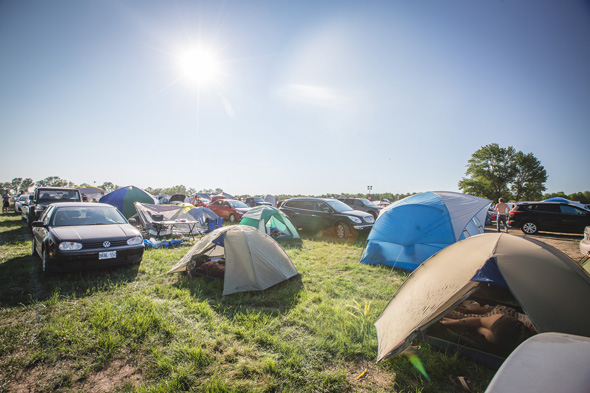 Camping
If you want to camp out, you'll have to pay for it ($129.99 plus tax and fees, to be exact). Each site fits a maximum of six people plus one car. There's currently a small chance of rain this weekend, so if you're planning on sleeping in a tent, remember to bring a ground sheet and fly - a few tarps would work too - because there's nothing worse than a sopping wet tent.

If you don't mind shelling out the big bucks, you can book a spot at the WayCamp ($499.99). You'll get a pre-set souvenir tent, two air mattresses, two sleeping bags, a lock, a light and a spot close to the festival grounds.

RV camping is also available and if you're planning to drive, you can buy a parking pass for $69.99.

Attractions
WayHome bills itself as a music and art festival, so naturally, it also showcases visual artists. You'll be able to see installations throughout the festival grounds, including pieces by Aaron Li-Hill, Angus Watt (you know, the guy band the Medieval-looking flags), Trevor Wheatley and Nathan Whitford. If you arrive before 8 p.m. on Thursday, you'll be able to participate in the Art Walk and meet some of the artists.

And like most big-ticket music festivals, WayHome will be teeming with corporate activations. Vitamin Water's giving out free Vitamin Water, Somersby's building a treehouse, Smirnoff's bring back its house party and Reebok's setting up a ferris wheel.

Yes, WayHome 2016 will feature a ferris wheel, which will really amp up its Coachella vibes. 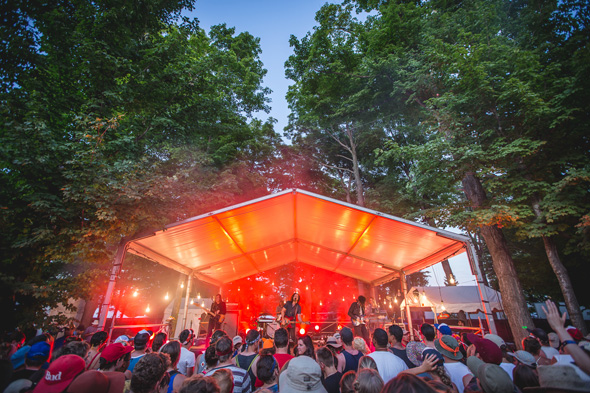 Music
Ah music, the real reason we're all heading to WayHome. The daily lineups been out for a little bit now, so if you want to be super organized, go create your own personal, colour-coded schedule now. LCD Soundsystem is headlining on Friday, Arcade Fire's on Saturday and The Killers will close out the festival on Sunday night.

If you're not the scheduling type, be prepared to go with the flow. Last year, I had the best time hanging out at the small WayAway Stage dancing my face off (in the shade) and discovering new bands. And remember, the music doesn't stop at 11 p.m. (well, it does on Sunday) - there's music until 2 a.m. on Friday and Saturday night.

On Friday, Toronto's Keys N Krates are playing WayBright, Mac DeMarco, and later, Matt & Kim will take on the WayBold Stage and Unknown Mortal Orchestra will be at WayAway.

The next night, get ready to stay up late with a stellar lineup that includes Chet Faker, Vince Staples, Major Lazer and FKA twigs.

Things you'll probably forget to pack, but really should bring

Photos by Jesse Milns, Hector Vasquez and courtesy of the Drake Hotel Properties.