WayHome shows why it's the summer's top music fest

WayHome was way hot this year. The second annual festival brought what felt like all of Toronto out to Burl's Creek Event Grounds in Oro-Medonte for three days of music, art and a rollicking good time, despite the steamy weather this past weekend.

But WayHome was well prepared for the heat wave. It added additional water stations and encouraged attendees to stay hydrated and safe, a necessity considering there wasn't much shade on site. 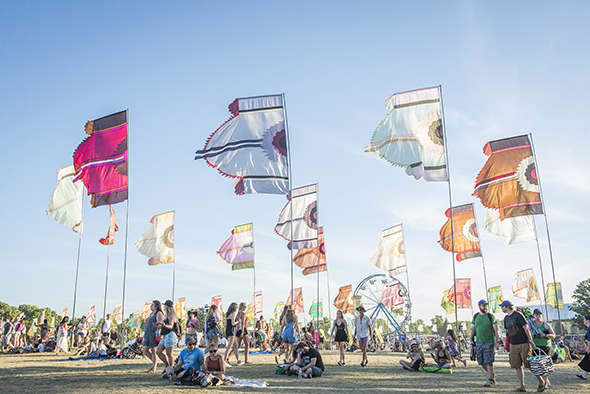 Artist Angus Watt's Medieval-looking flags were back and beckoned WayHomies into the event grounds starting at noon on Friday, Saturday and Sunday. 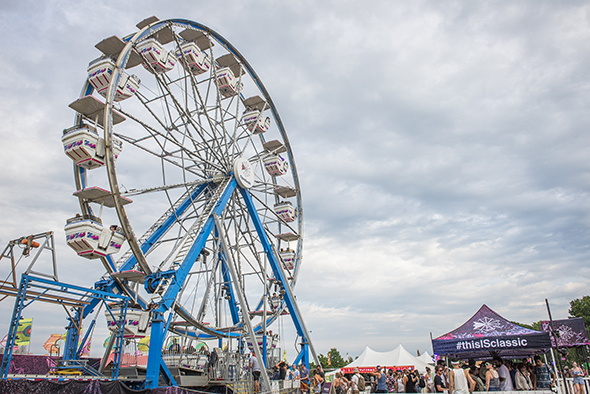 With art installations and corporate activations scattered throughout the grounds, there was lots to see and do beyond the smorgasbord of music. If you didn't feel like catching a show, you could've hitched a ride on Reebok's ferris wheel. It provided a nice touch, especially for eager Instagrammers, and was particularly cool when it lit up a night. 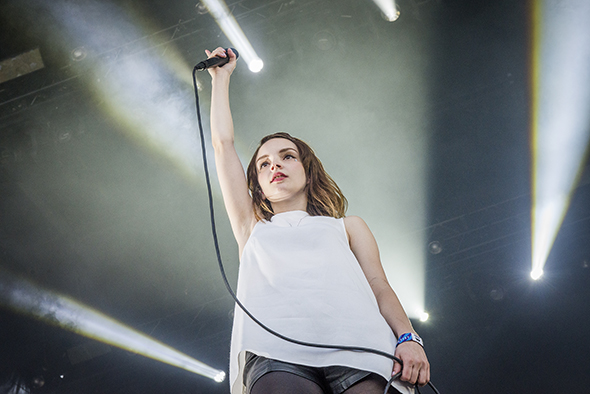 But the party started well before sundown at all four stages. Highlights from day one on Friday included headliner LCD Soundsystem, along with Metric, Shad, Chvrches and later at night, Matt and Kim.

Day two dawned bright and sunny. A farmer's market sat outside the main gates along with a few coffee vendors, including Toronto's Station Cold Brew, which doled out nitro cold brew and cold brew lattes, a welcome sight for us early risers. 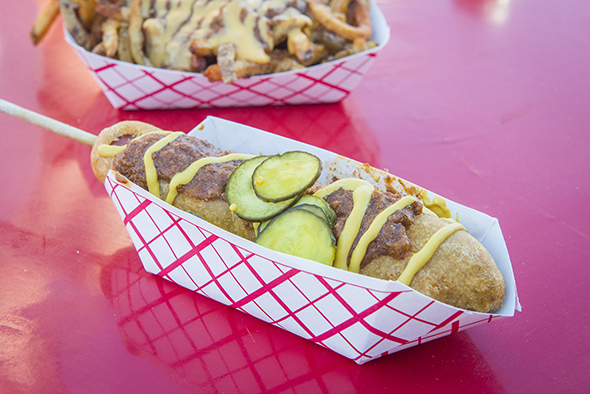 Toronto food trucks and restaurants, as well as vendors from the Orillia area, were on site serving up mostly gluttonous and gloriously unhealthy dishes. Prices were unfortunately quite high, but that was largely because of the new cashless payment system. 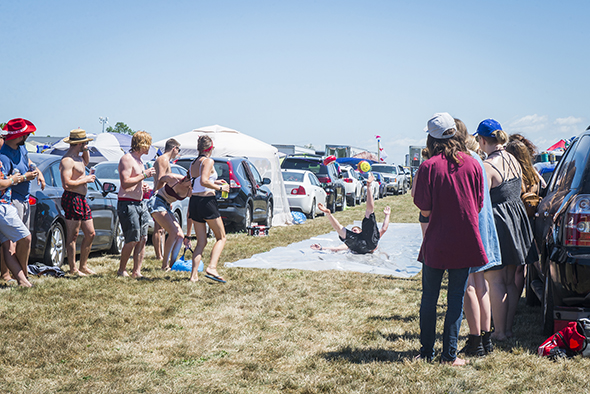 Many chose to imbibe before heading to festival grounds, and some got creative to keep cool. I saw one make-shift slip-and-slide as I walked through the camping area.

Saturday was a marathon of music thanks to its stacked lineup with numerous local artists on the docket, including Bahamas and Badbadnotgood, who had a dedicated audience grooving the shady and rather dreamy WayAway stage. 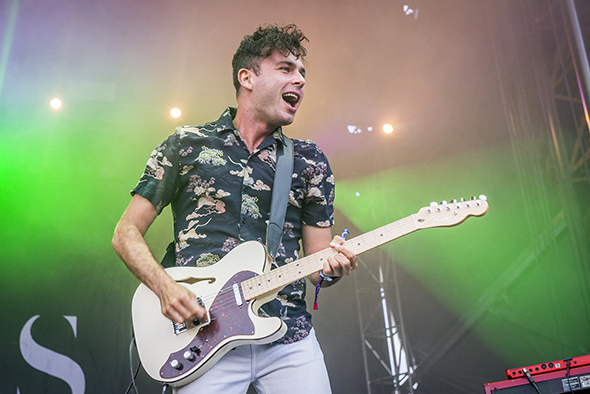 At sunset, the Arkells played to an adoring crowd at WayBright and got everyone hyped before Arcade Fire took to the main WayHome stage.

If nearly two hours with the beloved Montreal-based group wasn't enough, a massive fireworks show erupted at the end of their set. Although it wasn't timed quite right, so the band stood back and watched as well and even tossed a mic into the crowd, asking audience members to sing a cappella. 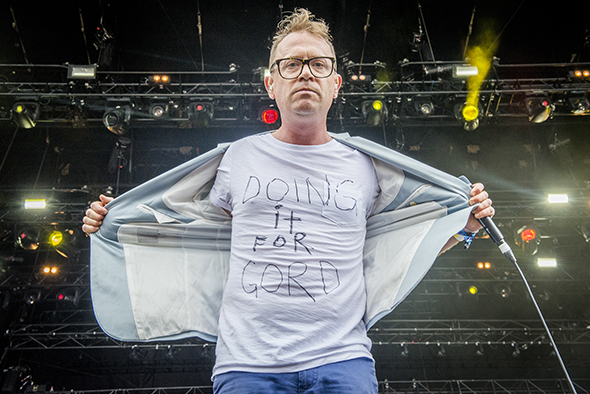 The atmosphere was noticeably more relaxed on Sunday. Many lounged hillside as WayHome Stars played and paid tribute to Gord Downie and the Tragically Hip. It started to rain during their set, but the light drizzle was actually incredibly refreshing. 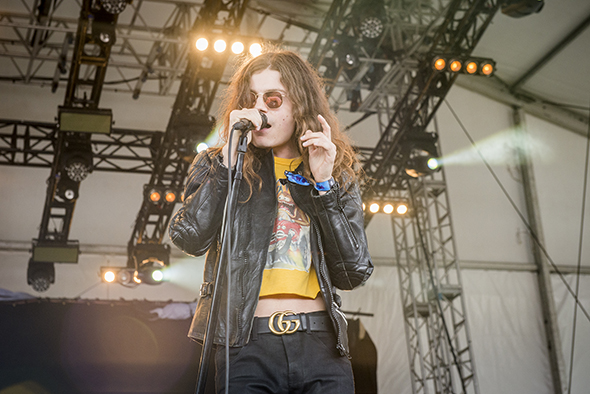 Across the field at the tented WayBold stage, no one seemed tired. I was tempted to spend the entire day there dancing to Bishop Briggs, BĂRNS, Robert DeLong, MĂ and Glass Animals. But I tore myself away to see Haim debut some new music off of their forthcoming album. 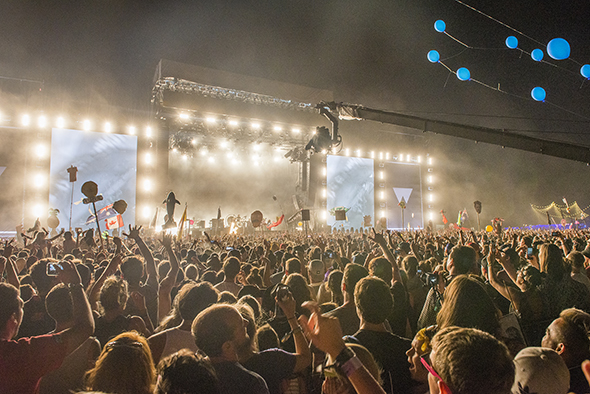 When the sun finally disappeared, The Killers leapt on stage and opened with Mr. Brightside. Naturally, they had the crowd from there and they worked through hit after nostalgic hit before closing out the festival. 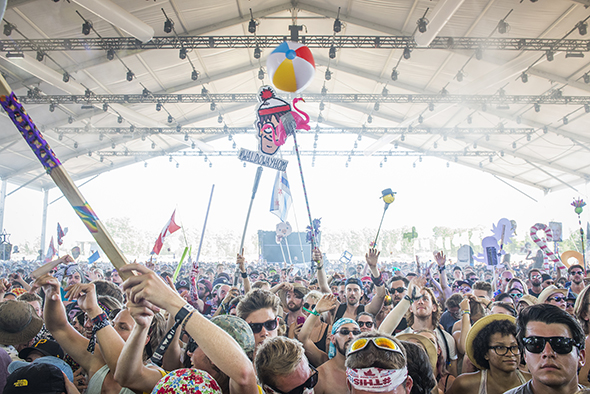 Now in its sophomore year, WayHome seems to be finding its niche well. Sure, it still has some kinks to work out, but it appears dedicated to building up a community of WayHomies, a term many take literally, especially in the camping areas. The vibe this past weekend was overwhelmingly friendly, positive and much less pushy than other such events. 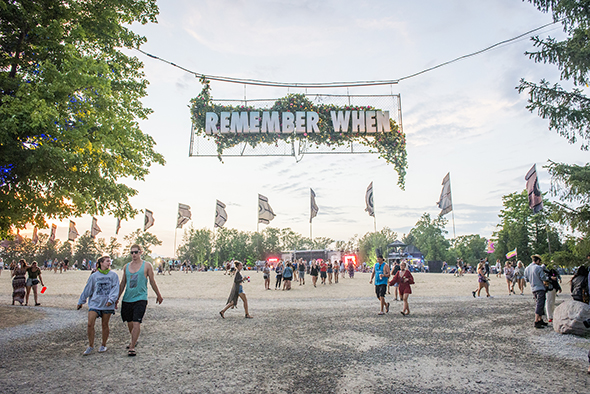 The festival's already announced its 2017 dates (July 28 to 30), so you can start counting down the days to find your way home again.