It might be a trek, but a visit to the Hearn Generating Station during Luminato is definitely worth it - and the large crowds who made their way here (many by bike) over the past two nights for the Unsound Festival didn't leave disappointed.

Unsound - an import from Krakow, Poland - made its Toronto debut last year. And its second iteration was just as magical as the first thanks to the stellar venue; the abandoned power plant was the perfect backdrop for the industrial-sounding music. 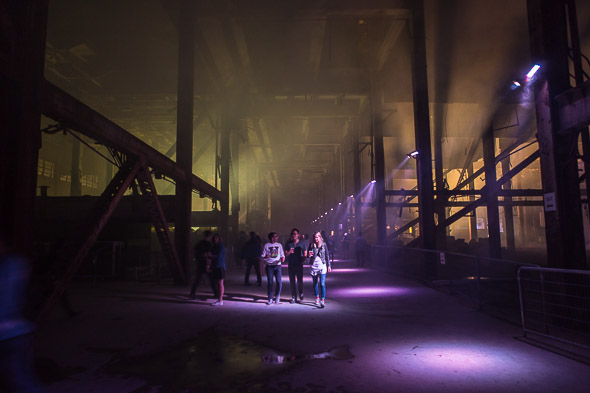 There were some hiccups on Friday night as far as accessing the venue went. Full bag checks at the entrance to the Hearn resulted in a huge lineup that persisted until about midnight. Once inside, however, there was plenty of room to explore the fascinating building. 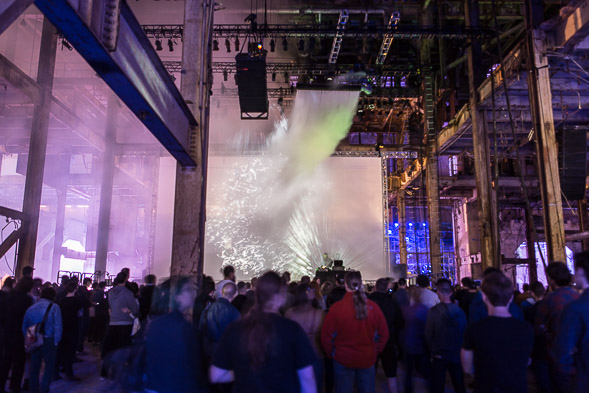 When I walked in, Montreal-based experimental musician Kara-Lis Coverdale was on the main stage. Her set, filled with organ sounds (fitting, considering she used to be a church organist), traveled throughout the massive decommissioned power plant. It made walking through the cavernous space feel almost cinematic. 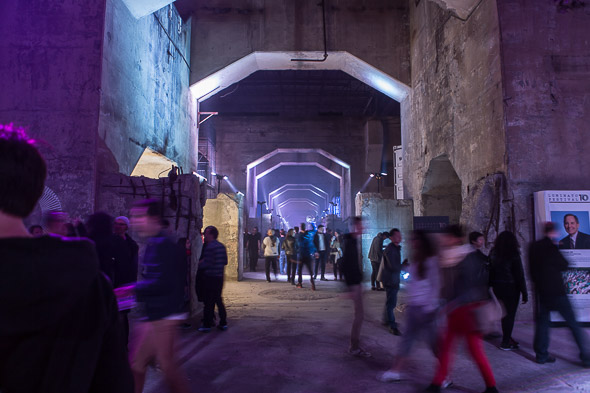 Instead heading directly towards one of the two stages, many attendees explored the venue upon arrival. And there was plenty to see, including visual art installations from OCAD U, Partisans and the Younger Than Beyonce gallery. 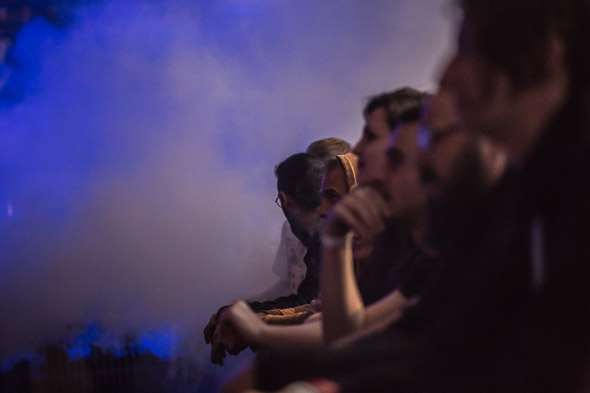 After taking in Coverdale's set, I went to the side room. This is where the real party was and despite its smaller size, it never felt cramped. American producer Elysia Crampton was up first, followed by Amnesia Scanner, who played through thick clouds of dry-ice fog and remained as elusive as ever. 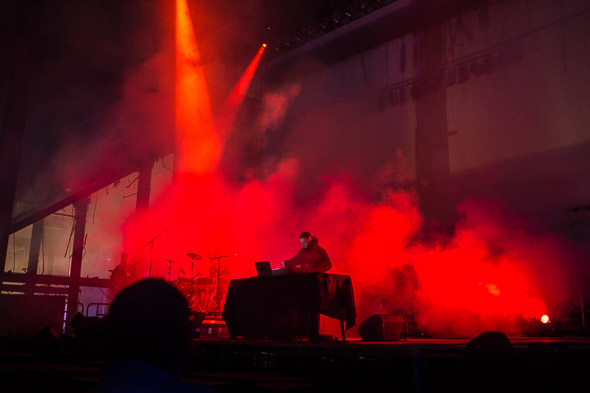 Back in the main area, London's Raime honed in on the Hearn's post-apocalyptic vibes, setting the stage for Friday's headliner: Sunn O))). 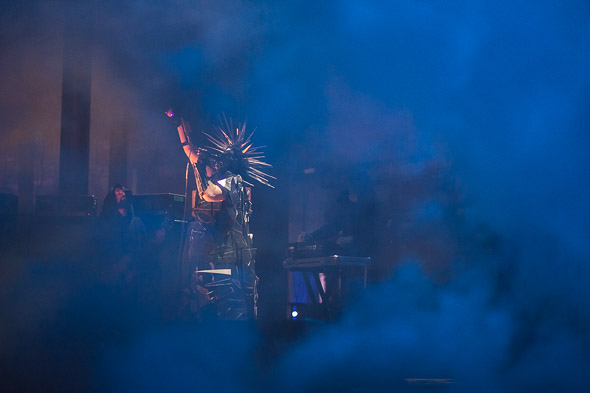 The American drone metal band literally turned up the volume - I could feel the bass in my body as their sound worked its way through the Hearn. It was like the old generating station was humming back to life. 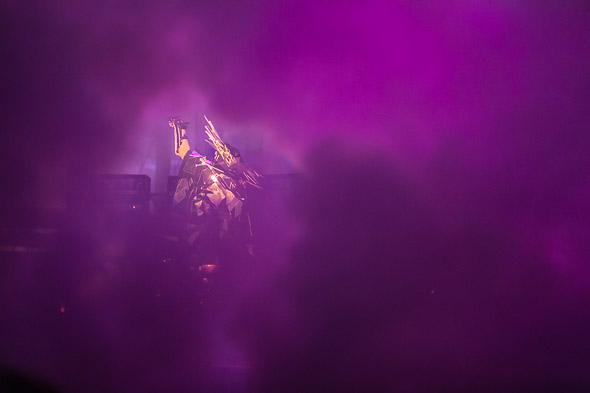 The side room started to get packed, but despite the long lineup (well, roving clump), I managed to catch part of Lotic's set, which finally had the crowd dancing in earnest. Those who made it inside closed out the night with lots of footwork thanks to Jlin and later, RP Boo who filled in for Rabih Beaini. 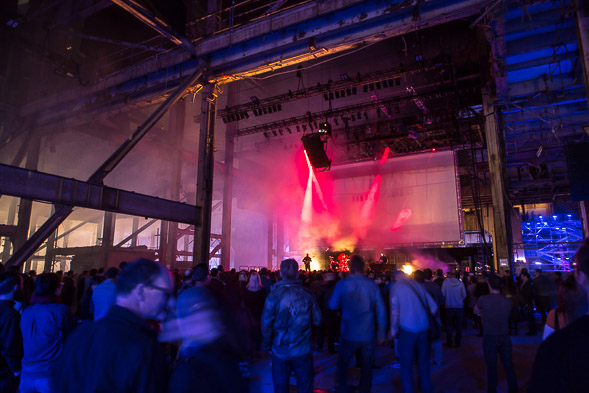 The Bug with Flowdan and Miss Red capped off Friday night on the main stage. 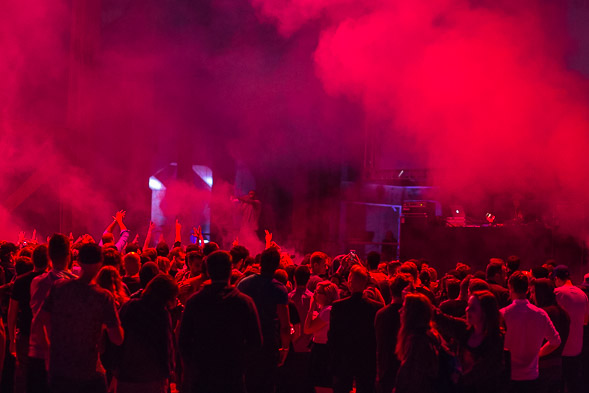 This festival is completely different than anything else in Toronto. Unlike at other such events, I never watched a set through a sea of cellphone screens and I didn't have to shield myself against aggressively pushy crowds. 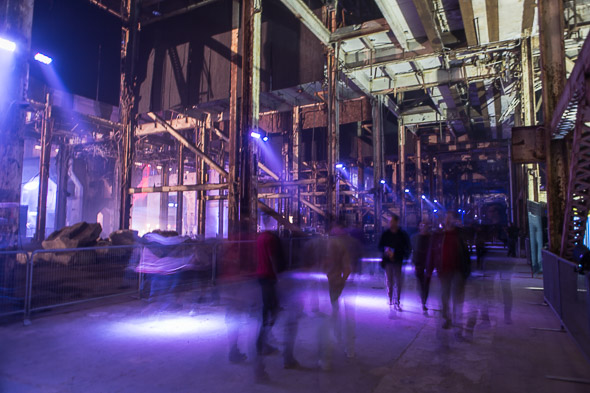 Most festival-goers seemed to be there to revel in the music and spectacle while taking advantage of the opportunity to party at the Hearn. 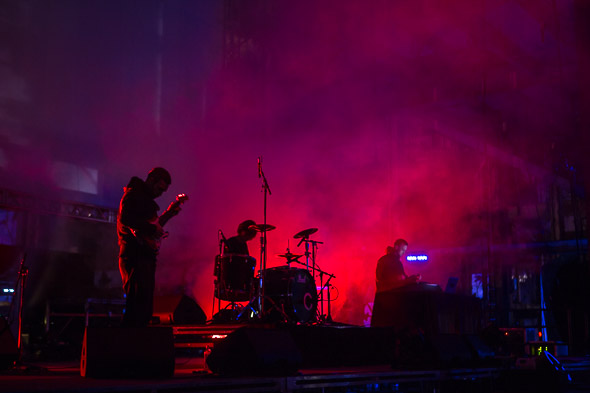