This is what NXNE looks like in the Port Lands

NxNE is trying to break the festival-hopping mould this year by setting up shop in the Port Lands for a two-day music festival. After day one, it's very clear that the new venue is a Jekyll-and-Hyde scenario: harsh, barren, sun-baked parking lot by day, but when the sun sets, that's when the site really shines. 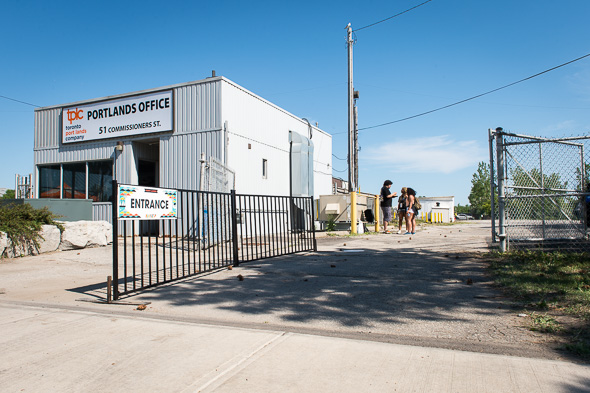 The only site entrance (on Commissioners Street) is a little understated, so be careful not to pass it. In some ways, this venue is the very opposite of the Hearn Generating Station, which has received so much attention as the home of Luminato this year. 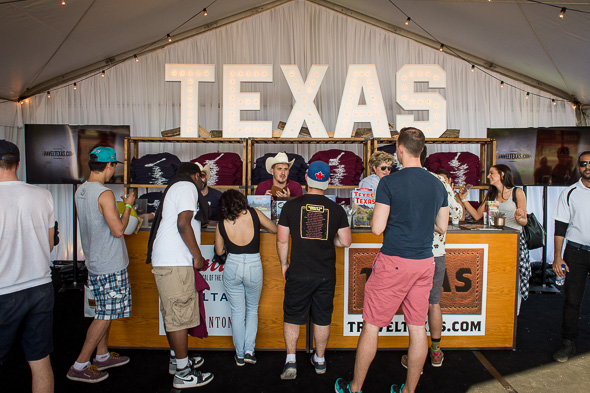 Travel Texas does it the only way they know how: big. A full tent with Texas merch, drinks and of course, BBQ, is here to help make the SXSW connection. 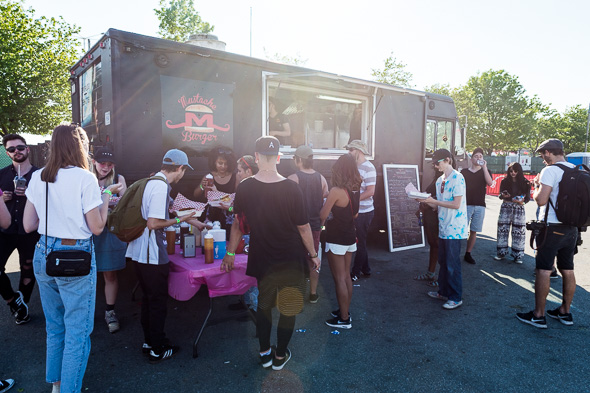 Like any festival, there are food trucks on hand to feed the hungry. The lineups were kept in check early in the day, but with three in total, the crowds grew as the performances began. 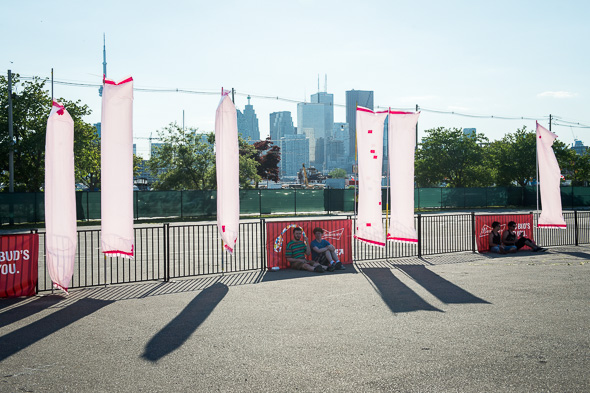 With no trees to speak of, shade is a valuable commodity. This isn't a problem at night, but the venue isn't as accommodating during the day. 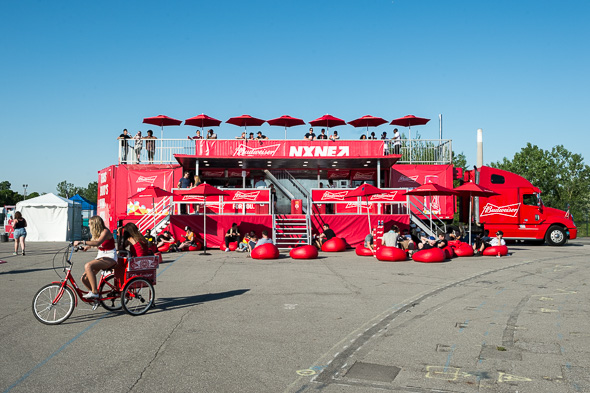 There are some flashy features, though. Budweiser came to party with a huge truck that also served as a VIP patio with a great view to the stage. 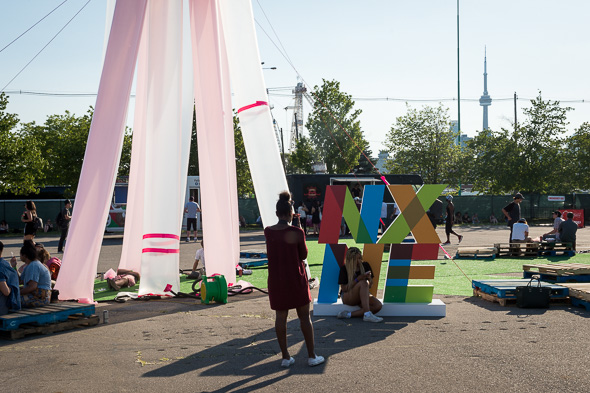 No festival is complete without a photo-op festival sign, and it's clear that NXNE is trying to carve out a space for itself against newer festivals like Field Trip and Bestival, but the jury is still out on this Port Lands venue. 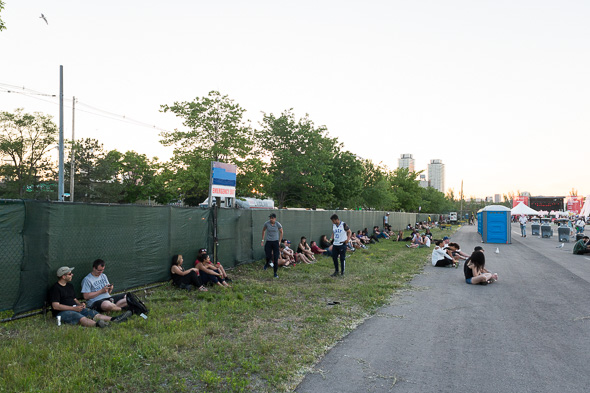 With little shade or grass, the venue is rather stark when the sun's up. On the plus side, if it rains, mud will not be a problem. 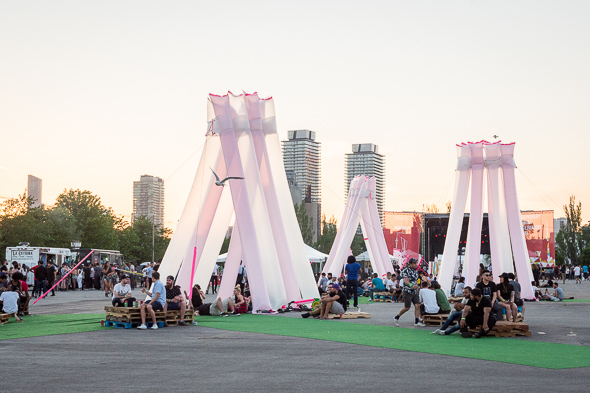 There are a number of touches designed to soften the space, like temporary art installations and wood pallets for seating. 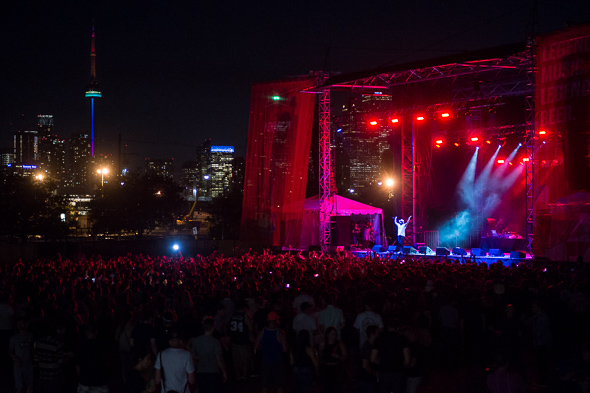 But it's when the sun finally sets and the city lights up in the background that the Port Lands really come to life and you can see the potential of the new venue. The barren vibe gives way to a quintessentially urban live music experience.

Writing and photos by Matt Forsythe.