Bestival took over Toronto's Woodbine Park this past weekend, transforming it into a circus filled with music, wild costumes and special effects. And unlike last year's event on the Island, it wasn't a mission to get to the venue. Instead, I hopped on the TTC to spend a weekend frolicking in the Beaches. 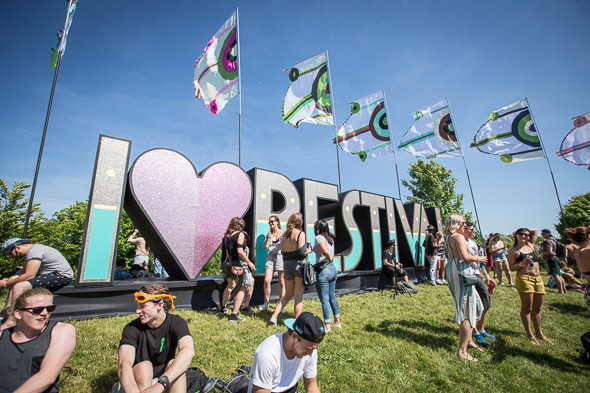 With the ubiquitous I heart Bestival sign looming in the background, crowds of people descended upon the usually peaceful neighbourhood and embraced the festival's 2016 theme: summer of love. 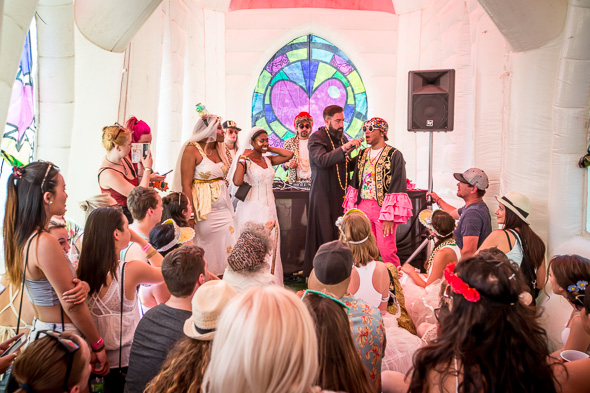 With a make-shift commune, an inflatable plastic church and a costume parade (and plenty of booze at the plethora of bars), it was easy to get groovy. 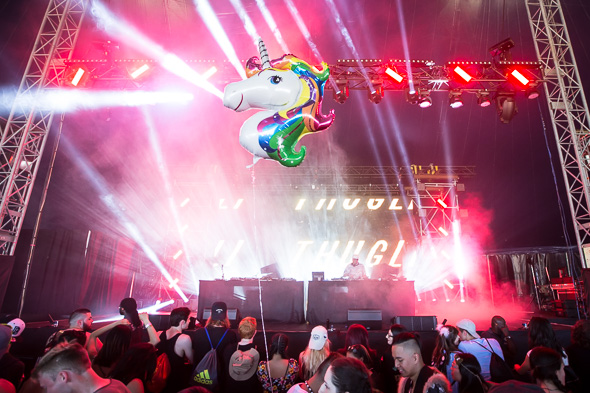 But while the fest stayed on theme visually, music-wise, it was nothing like the 1960s. The EDM-heavy lineup attracted a big crowd on Saturday and despite the sweltering heat, the park was packed, especially around the Big Top tent for producers such as Thugli, Madeon and Porter Robinson. 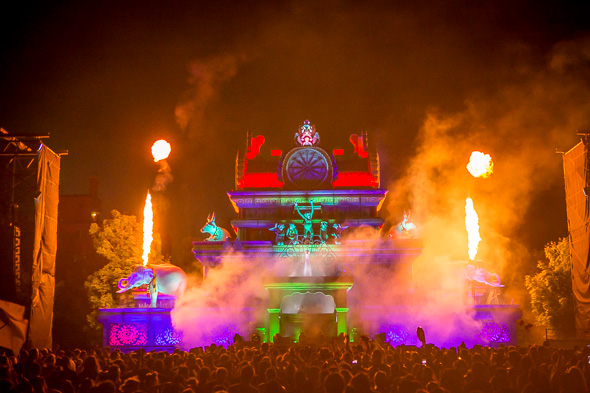 As I sat on the hill watching Odesza, I noticed a plume of smoke waft up through the trees. I had a momentary freak out until I realized it was just the Bollywood Stage heating up with its crazy pyrotechnics. 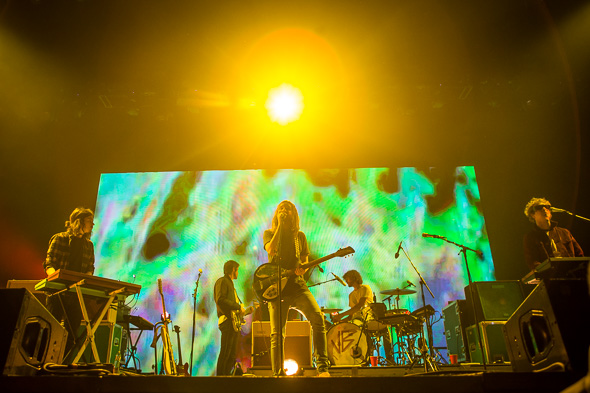 Back on the main stage, Tame Impala closed out day one, playing their psychedelic rock as the sun set behind them. 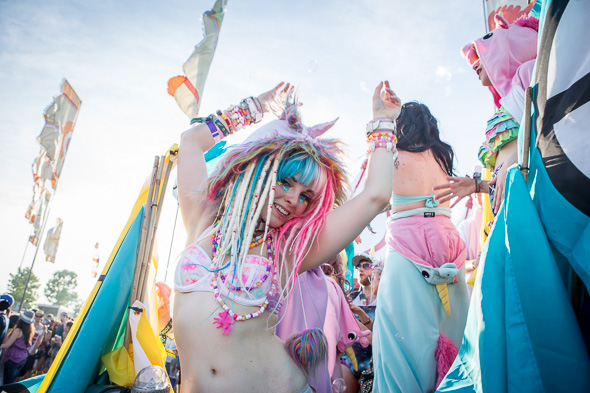 Day two dawned much cooler than the first. Perhaps that's why the festival seemed noticeably emptier. There were fewer lineups at all of the bars and getting in through the general admissions area was a cinch. Yet, the festival spirit remained intact. As I walked around, I stopped to watch the vegetable olympics and followed a roving bunch of unicorns. 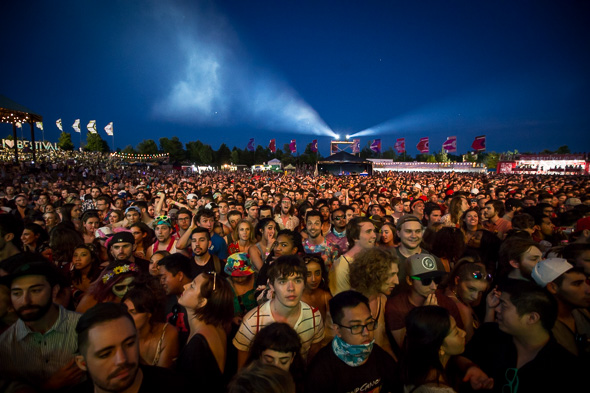 On the main stage, Daughter kept things mellow, but the crowd went nuts when they brought out their 2013 hit "Youth." Grimes was up next and it was impossible to stand still (even little kids were going nuts) as she and her crew dancers put on an energetic performance. Finally, The Cure wrapped up the festival with a two-and-a-half-hour set. 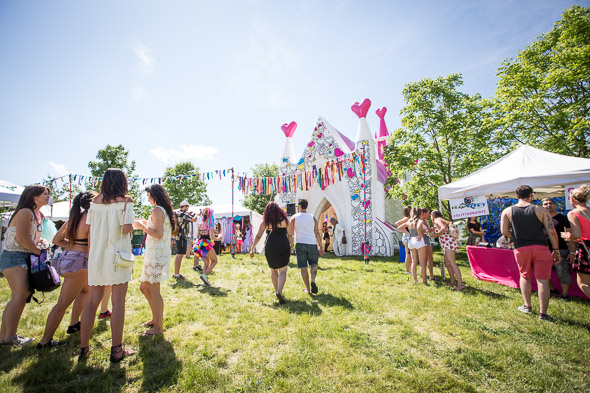 Bestival surprised me. I wasn't too enthusiastic about the lineup (with a few exceptions) going in, but the whole weekend-long extravaganza was just a lot of fun - and a lot less douchey than anticipated. Along with the music, there was a good selection of food, plenty of activities and lots of green space and shade where I could just plunk down and enjoy the atmosphere. 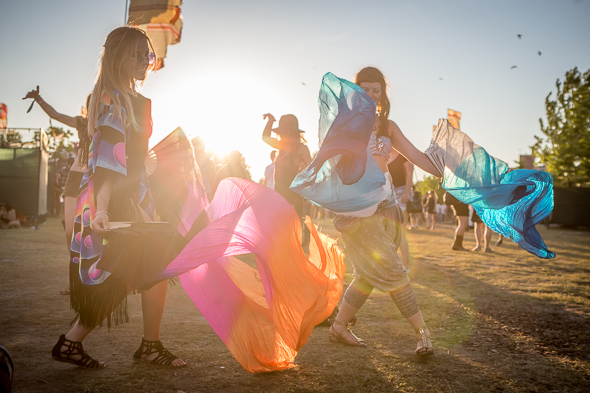 Hopefully Bestival stays on the mainland next year; I'd say the trip on the crowded 501 was worth it.