Electric Island brings the party to the Toronto Islands

Monday kicked off the fourth season of Electric Island, a summer concert series on the Toronto Islands taking place every long weekend until September. The Victoria Day edition featured headliners Job Jobse, DJ Tennis, Jamie Jones, and Sven Vath, as well as a variety of vendors and food trucks. 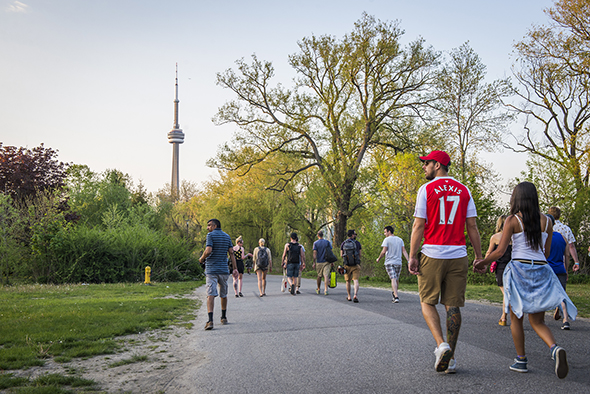 Upon arrival at Hanlan's Point, after a journey through the ferry system that can only be described as the water travel equivalent of the Stanford Prison Experiment, I was surprised to see how the island had transformed. 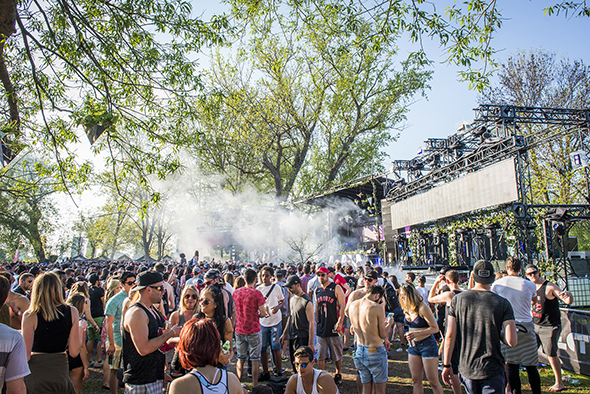 Of course, there were tons of people, many waiting in some sort of line (Electric Island tip #1: be prepared to wait in lots of lines). There was a huge stage for the performers, as well as stands for vendors and space for food trucks. But it was so much more than this, hanks to the design expertise of Pao Lopez. 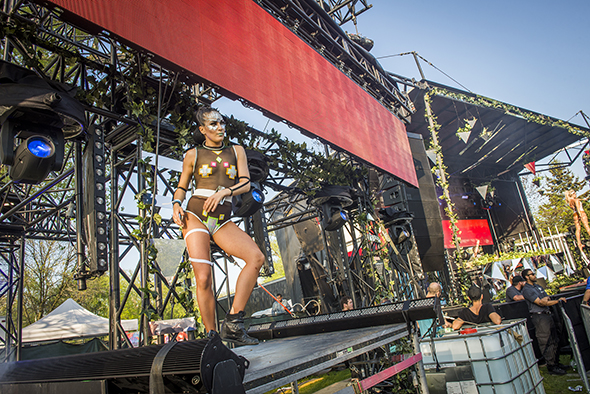 There were mirrored prisms hung from trees and the stage was gorgeously decorated, elevating the area from normal Toronto Island to beautiful music festival. 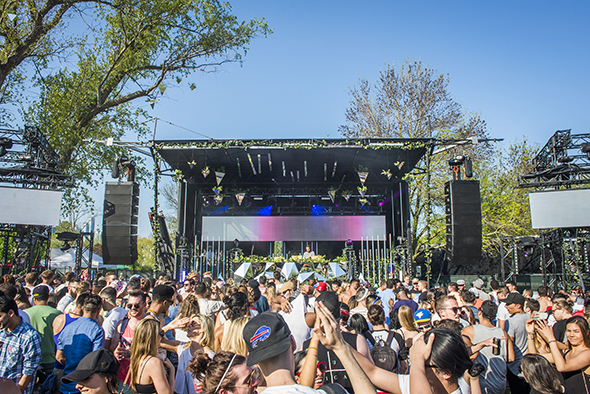 "Every year we seem to grow and add new pieces and try and create a better experience. That's ultimately the goal. Right now, we've got some new decor elements, pieces like that give people a little bit extra," Electric Island partner and CODA co-owner Joel Smye told me. 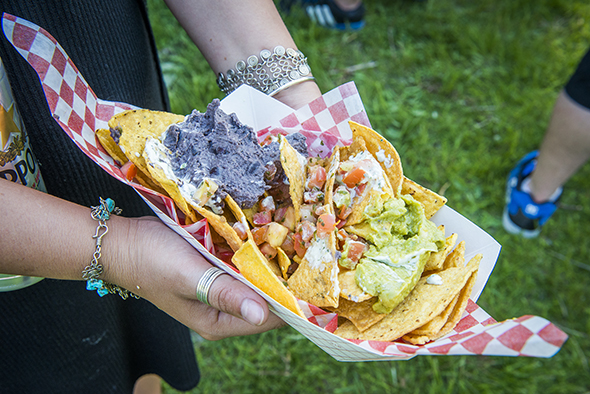 Another surprising win was the food situation. Electric Island had a number of food trucks on hand to feed hungry dancers, and the offerings were excellent. The macho nachos ($12) from 50 Pesos were a big hit (Electric Island tip #2: bring more cash than you think you need. The line for the ATM will be long, and you will want to try every single food truck.) 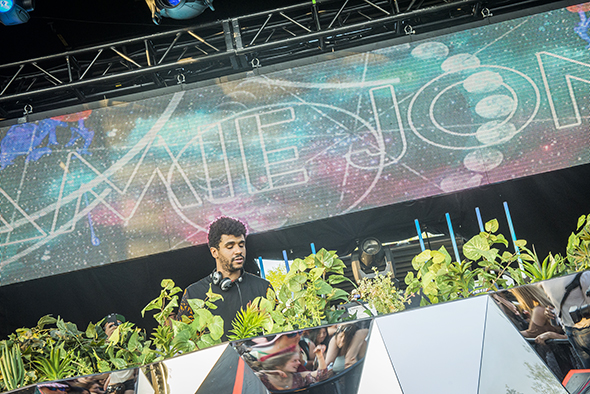 Like the food (but less surprising), the music was also excellent. Though most Electric Islanders seemed especially psyched for Sven Vath or Jamie Jones, all of the artists commanded the crowd in their own unique way, which made for an exciting vibe that carried throughout the day. 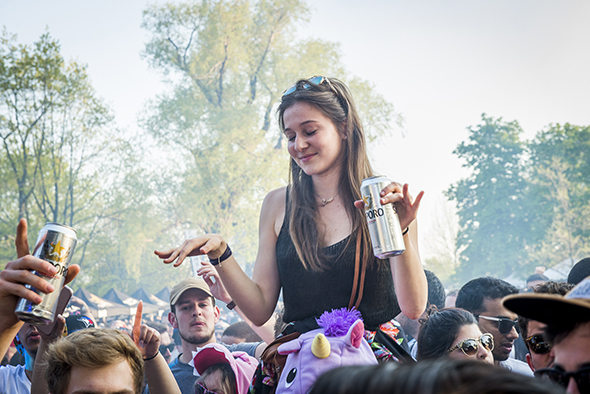 The fun vibe definitely extended to the many concert-goers, who were a diverse bunch. Age-wise, there were attendees whose default Selena is Gomez to those who hear the name and think celebrity murder. In terms of attire, there were gentlemen in mesh tanks, women in bikinis, and one couple in unicorn onesies. 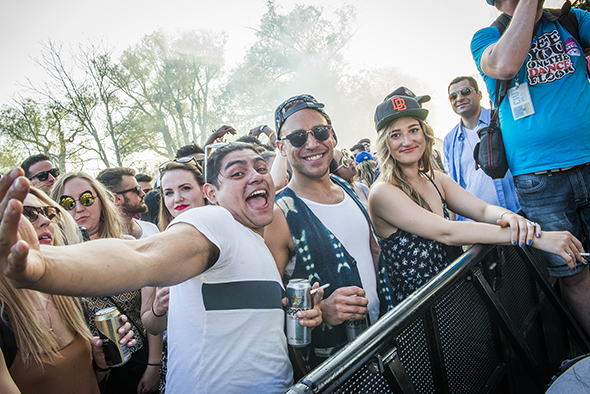 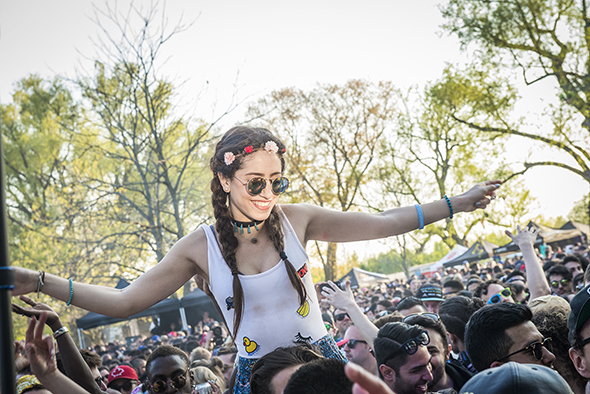 People were mostly laid-back and just enjoying the music, and despite the music festival stereotype, the only things needed were sunshine and purse-Tylenol for the bumpy ferry ride home. 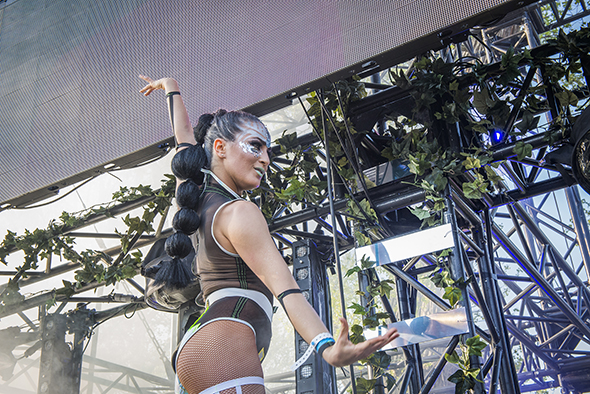 Though I'm not a consistent music festival attendee, Electric Island was a nice way of enjoying live music in a relaxed setting. Smye agrees. "If you haven't been to a dance music party, this is a great place to start. It's not overly wild, it's not out of control, it's just a nice day in a park. It would be tough to have a bad time here." 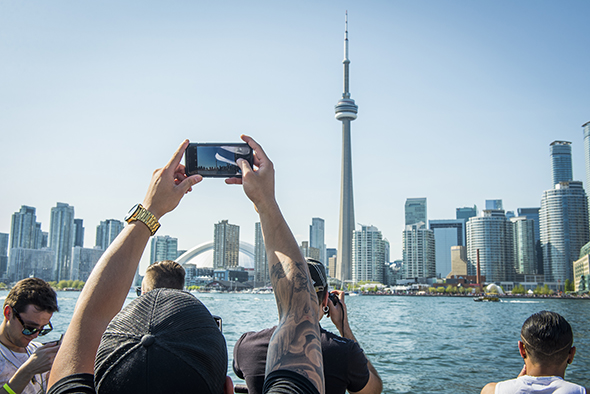