It's officially Drake week in Toronto. Today he announced details for the 2016 OVO Fest as well as his Summer Sixteen tour.

The seventh annual OVO Fest will go down on July 29 at the Molson Canadian Amphitheatre. Expect a star studded lineup as Snoop Dogg and Wiz Khalifa have already been revealed as two of the headliners. Also on the agenda is the third annual OVO Bounce basketball tournament.

Of note, this year's OVO Fest will overlap with Drake's Toronto dates for his Summer Sixteen tour with Future. It'll be a two day affair at the Air Canada Centre on Sunday July 31 and Monday August 1. 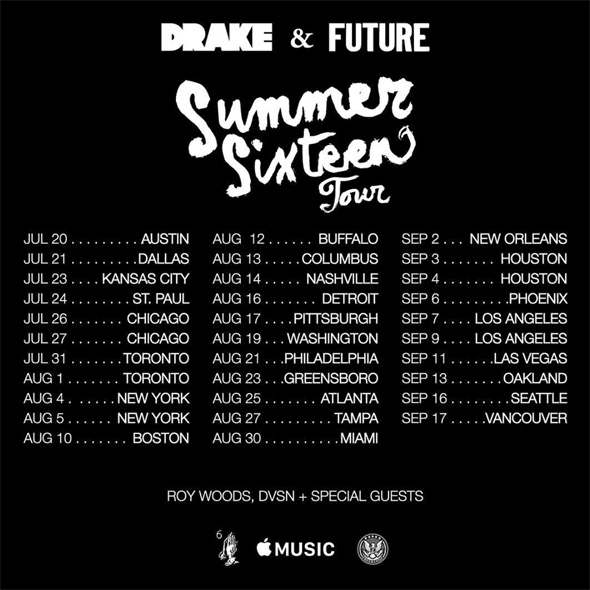 Tickets go on sale to the general public on Friday April 29.