House of Vans opens its doors at Toronto warehouse

Last night's sold out opening event for the House of Vans at a warehouse on Dupont was a smash hit with performances from Vancouver trap artist Tommy Genesis, hometown hero Jazz Cartier and Massachusetts indie rock originators Dinosaur Jr.

Inside there's an art gallery packed with historical photography from various decades of Vans history including skateboard competition photos and vintage ads. 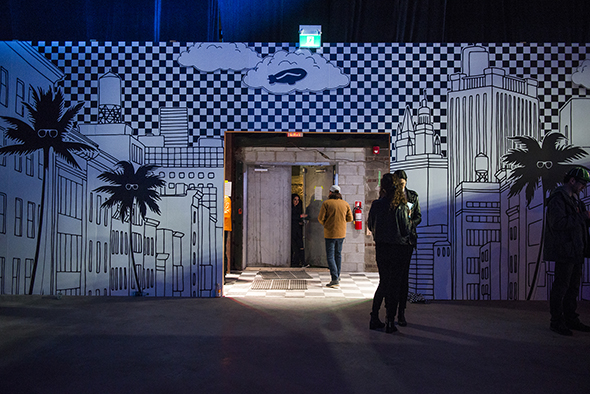 Vans designed the warehouse with tons of street styled art across the walls and stage including a massive amount of their classic checkered print covering every space imaginable, including a photo booth near the entrance. 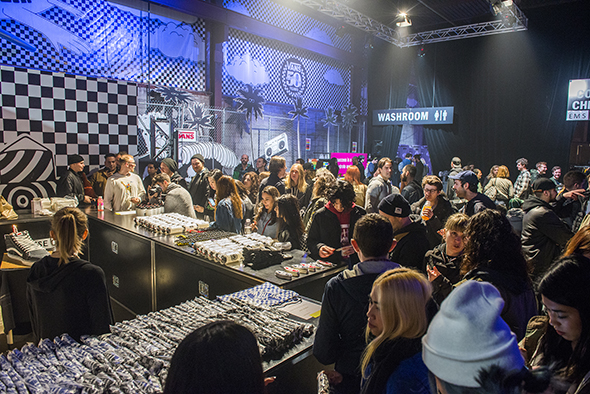 There's a lounge area with beverages and merch where you can take a seat and relax while checking out the performances, skateboard and BMX sessions.

Tommy Genesis was the first to take the stage last night. With a relaxed vibe, the Atlanta trap influenced rapper smoothly flowed between tracks while engaging with the crowd. 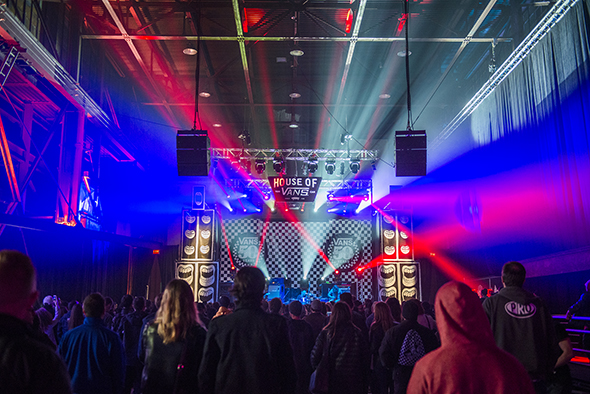 House of Vans is supposed to be licensed but for some reason was unable to serve booze last night. Genesis took the opportunity to point that out, telling the crowd they "looked sober as f*ck." 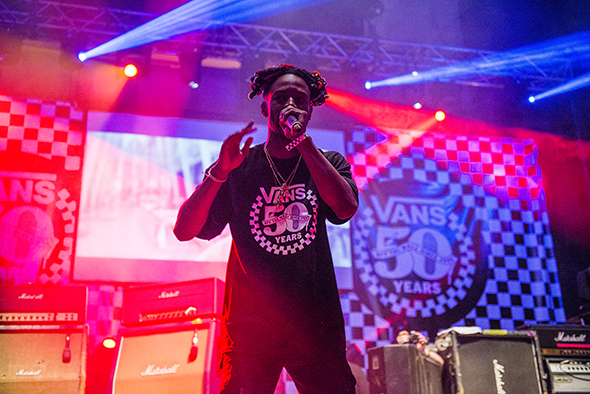 Up next Jazz Cartier, hot off the heels of his recent release Hotel Paranoia, performed a set of mostly new material including the hard hitting "100 Roses" and throwback track "How We Do It". 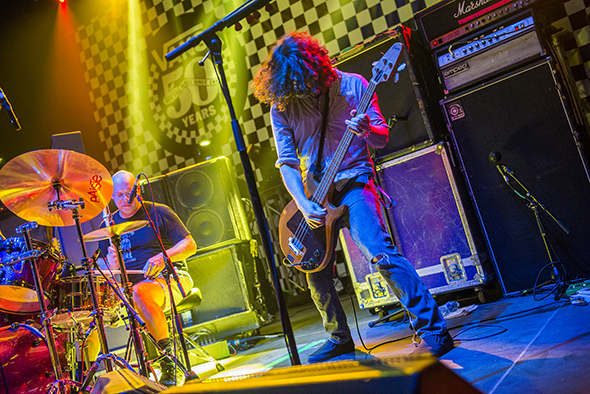 Closing out the night, indie rockers Dinosaur Jr. had everyone captivated. The band, backed by a long row of stacked Marshall amps, powered through their no nonsense set with style and ease.

At the end of their set Damian Abraham (of Toronto indie punk act F*cked Up) joined the band for a very aggressive moment that got the crowd riled up before they closed the night off with one more song. 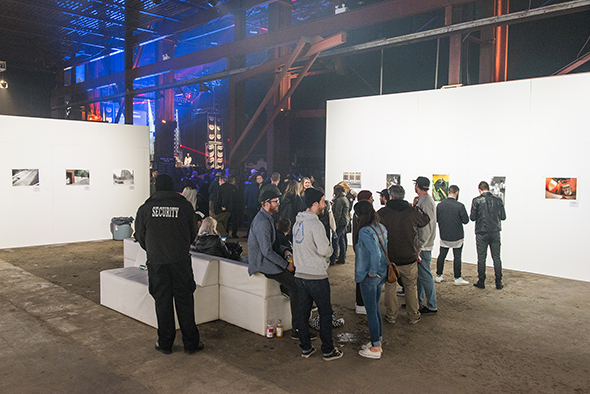 The House Of Vans will be hosting shows from the likes of Career Suicide, Fake Palms and Grandmaster Flash among others until their closing date on April 2. There are also dates set aside for shoe personalization workshops, introductory skateboard classes and skateboard and BMX demos. 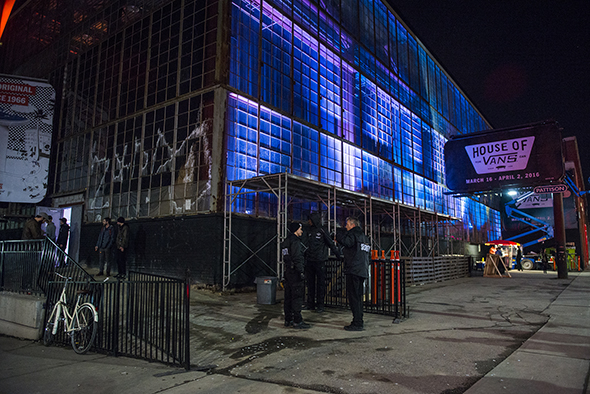