Toronto learns parties in malls can only be so much fun

Toronto's Galleria Shopping Centre isn't typically a hub for the arts. In fact, the nearly 45-year-old mall likely won't be around for much longer. Instead, condos will someday grace the corner of Dufferin and Dupont.

On Saturday night, however, the mall played host to thousands of party-goers for Long Winter Galleria, a monthly music and art festival that usually happens at the Great Hall. 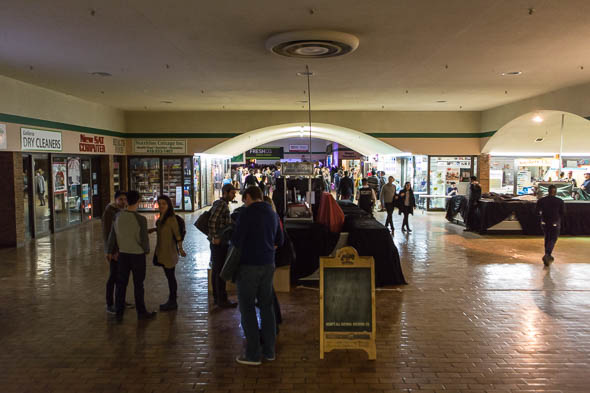 Naturally, Long Winter Galleria generated enormous hype and many seemed to clamour at the opportunity to attend a night-time event in an unconventional location, especially one that evokes feelings of nostalgia for many city-dwellers.

While the prospect of partying in an aging mall was undoubtedly exciting, the venue came with some unavoidable constraints. 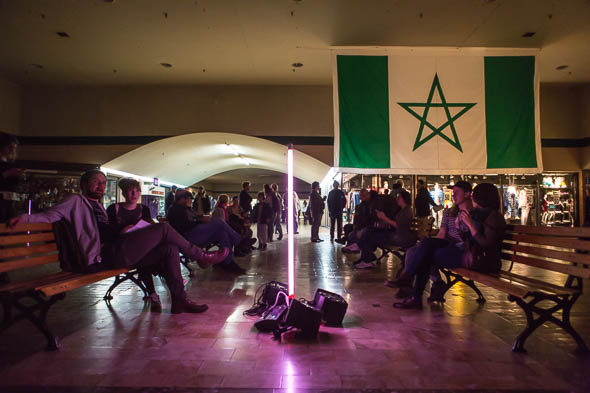 Malls are generally echoey places, so the acoustics weren't great, and the lack of coat check was annoying. Party-goers seemed to be in good spirits, however, though many were frustrated by the long lineups that seemed unavoidable throughout the evening. 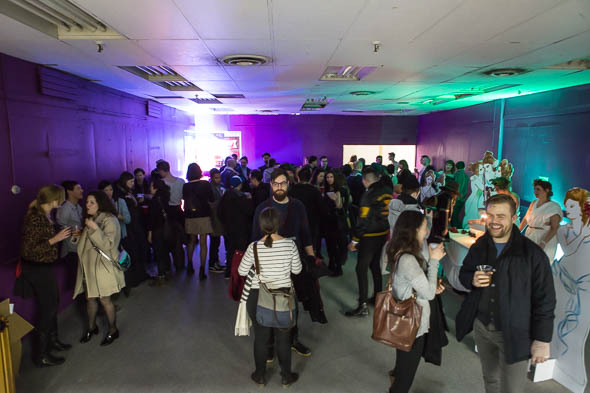 Only two rooms (both empty storefronts) were licensed. This made getting drinks ($5 each) a little tough. At one point, I waited more than 15 minutes just to hear that I'd have to stand in yet another line for beer and liquor. 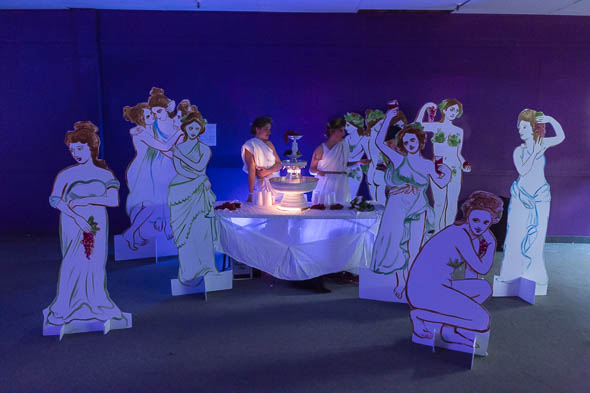 Luckily, no one seemed to want red wine, so I hopped right on over to the Dionysus-inspired booth and grabbed a glass. 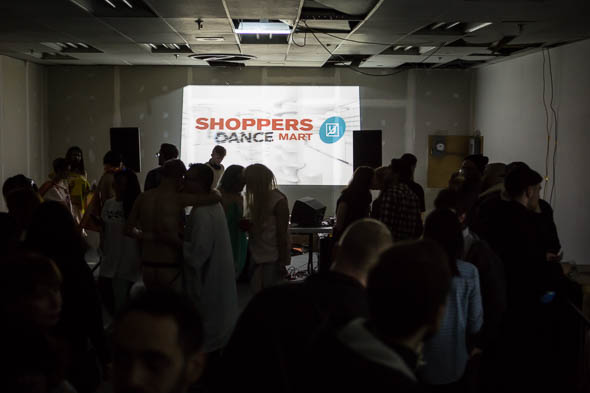 The "It's Not U It's Me Shoppers Dance Mart" took over another one of these empty storefronts. It featured music and video installations from local artists, as well as a bar. Unsurprisingly, this proved to be popular, with many people dancing under the pulsating strobe lights for hours. 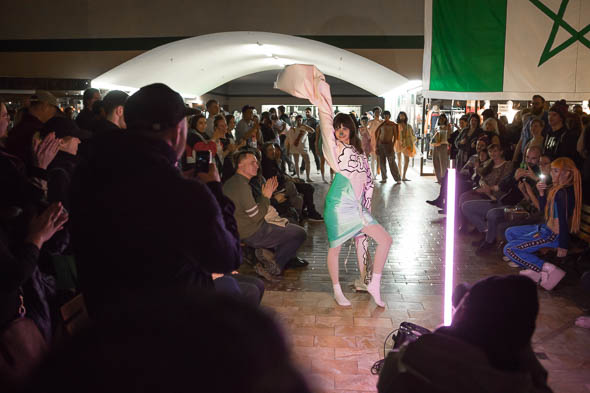 Bands like S.H.I.T, TEENANGER, The Highest Order, VCR and New Fries played short sets in the atrium, and at midnight, a surreal runway show dominated this main space. 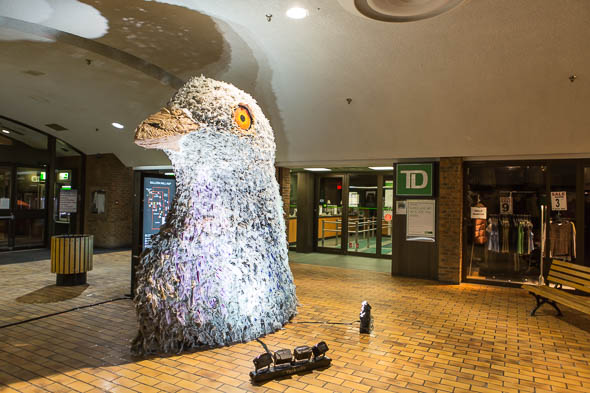 Art installations, such as a giant pigeon head made out of plastic bags by Andrew Lamb and performance pieces by Carolyn Tripp and Jeremy Bailey, were situated in alcoves and hallways along with a BUNZ swap shop, enabling anyone to make trades on site. 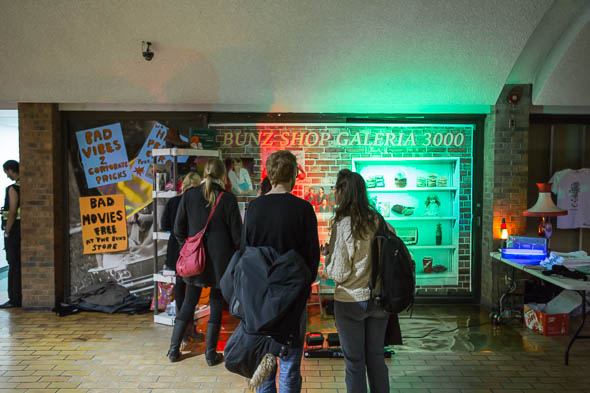 Vintage photo booths, video games and coin-operated kiddie rides - many of which are permanent Galleria fixtures - were also a big draw. 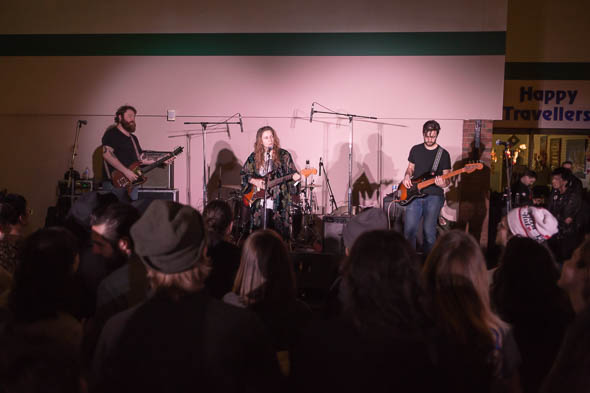 "It was kind of fun to embrace the weirdness of it," one young woman told me as we were leaving the mall at around 1 a.m., when the event seemed to be dying down. 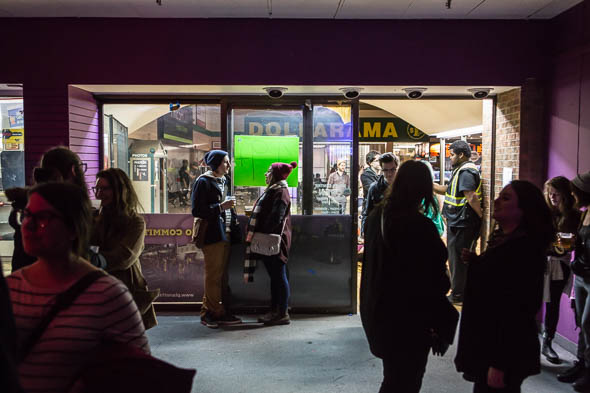 While the venue definitely had its limitations, the lead-up to Saturday night illustrated how starved we are in Toronto for unique and imaginative events. Let's hope Long Winter Galleria was just the first of many. 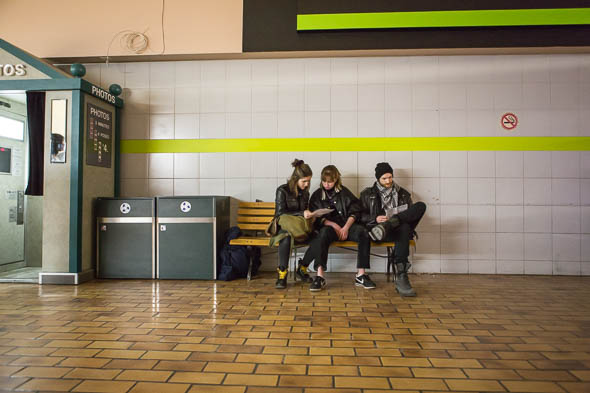 How as your Long Winter at Galleria Mall? Let us know in the comments.