Unsound sets the bar for future music fests in Toronto

Approaching Toronto's now-abandoned Hearn Generating Station, you feel like you've stepped into another part of the world. The sound of traffic fades away as you walk down the lone, winding path of Unwin Avenue with a massive smokestack marking the spot of Toronto's first Unsound Festival, a Polish import that's making waves with a lineup of top-tier experimental electronic and dance artists.

View more photos of Unsound Toronto at the Hearn Generating Station in this photo gallery.

Praise for the sprawling venue was repeated throughout the two night festival, which provided a perfectly cavernous zone to hear reverberating noise. Complete with smashed vehicles left inside, frayed wires hang precariously from the ceiling, and piles of rubber tires stacked on themselves, the venue itself was worth the very affordable price of admission. 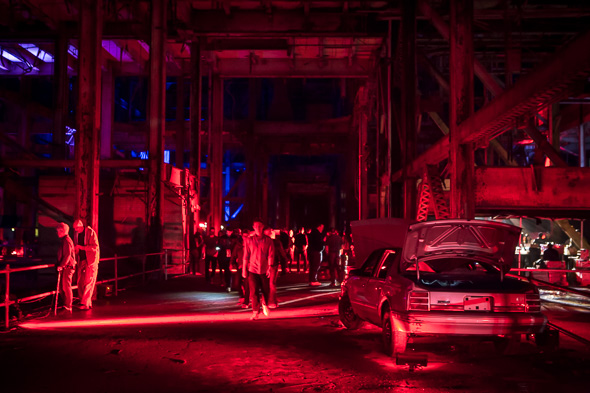 Multiple drink catering spaces by Parts & Labour ensuring that you wouldn't have to wait forever to get a bottle of water. Despite a few attendees leaving the porta potties with a look of perma-PTSD, it's hard to argue that the Hearn wasn't a perfect space for the festival. 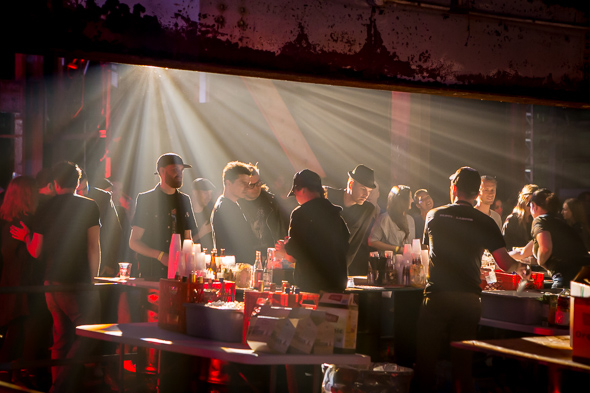 By the time Friday's opener Lustmord took the stage, the venue already seemed to thrum and pulse with energy, maximized by a magnificent sound system.

The Welsh industrial musician and film score composer set a wonderfully foreboding tone for the festival with tones that seemed to cling to the dark corners of the room, and Austin-based drone ensemble Stars of the Lid followed it up with a gorgeously lush live performance, their droney minimalism fully fleshed out by the Kensington Ensemble's gorgeous live cello and violin playing.

Tim Hecker's "Ephemera" has the honour of being the first drone performance I'm aware of where scent is incorporated into the experience, a risky gamble considering the sweaty, sticky, smoky nature of most dance floors. Alas, media weren't allowed to photograph the performance, despite the flurry of selfies that ensued once festival-goers entered the special space dedicated to the show.

Hecker's collaboration with perfume maker Geza Schoen, certainly created a moment of complete immersion - with scent pumped through the space, and tiny bits of dust falling from the roof as a result of Hecker's sonic explorations, it felt like you were submerged in a sweet-smelling alternative reality.

Despite the impressive collective nature of the first night, Saturday's second festival day is where Unsound truly shone, with the side room packed with a bounty of forward-thinking dance musicians. 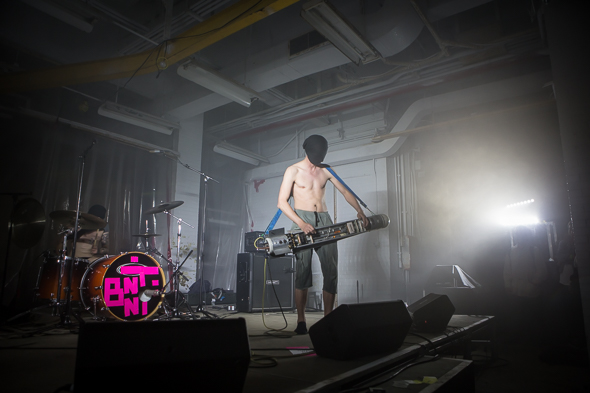 While the sludgy trod of Polish art group BNNT was visually interesting (with one member playing a homemade instrument that looked like a torpedo), their show was completely eclipsed by the off-the-wall energy of RSS Boys, who flew through a whirlwind improvised set, dressed in masks that connected to full-body covering robes; the only time one got a hint that they were human was when you'd see the a flash of skin underneath the costume as their drummer furiously pummelled his kit.

But it was Cologne-based selector Lena Willikens who was responsible for tipping things into a fully rammed, sweat-off, cycling through an array of unrecognizable techno belters that left dancers fully immersed, and sideline chin-strokers wishing they had some idea what was getting played.

Perma-somber techno architect Helena Hauff came on just before 2am, amplifying the energy that Lena had built up by breezing through her acidic set with the tactile precision of a surgeon - throwing in Steve Pointdexter's Dance Mania classic "Work That Mutha", and Barcode Population's "Trip 002" in the mix to devastating effect.

While Emptyset's performance in the main room was similarly turning the dance floor into a pulsating blogs of limbs, I was wary of leaving the side room, whose 500 person capacity meant that slightly after midnight, a cue formed - a shame given that the room hit capacity while still only being half full. 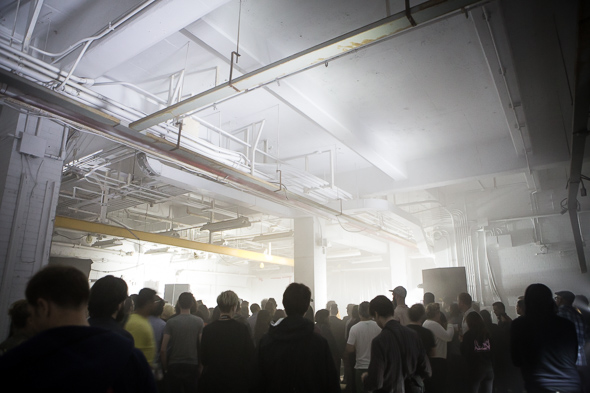 Orphx's Christina Sealey brought things to a thoroughly chaotic finish, and left a sweaty, thoroughly wowed crowd departing into the night (or, uh, very early morning, technically) with grins on their faces.

Unsound has set a pretty amazing precedent for Toronto music festivals: A two-day, genre-spanning, beautifully curated exploration of experimental sound; the most repeated conversation I had within the Hearn's walls were amazed festival-goers asking "Why can't Toronto do this more often?"

View more photos of Unsound Toronto at the Hearn Generating Station in this photo gallery. 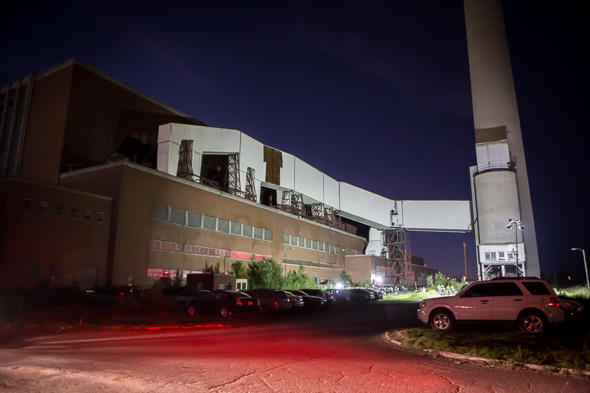