Belle and Sebastian, Glasgow's musical ambassadors of twee, returned to the Massey Hall stage Wednesday night for a jubilant performance, and Toronto love-in - the band seems to quite like our city.

Though they last played Toronto in 2013 for the inaugural Toronto Urban Roots Fest (TURF), frontman Stuart Murdoch countered that a visit to Toronto isn't quite 'Toronto' enough unless the band plays Massey Hall (their last Massey show was in 2010). 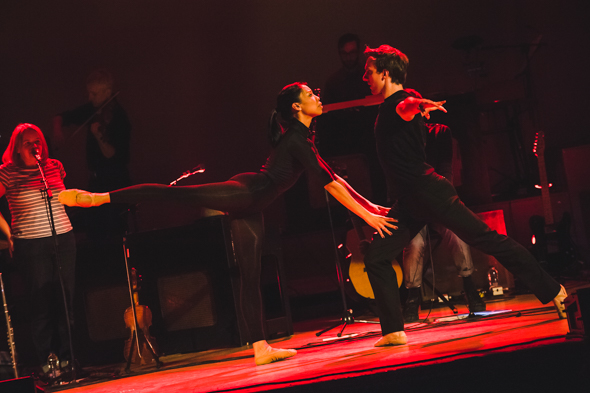 Currently on tour to support their latest album Girls In Peacetime Want to Dance the show opened with "The Cat with the Cream," accompanied by two dancers from the National Ballet of Canada.

Jenna Savella and Christopher Stalzer, in all black, were an emotive vision that appeared to mesmerize even the band themselves. Afterwards, Murdoch proclaimed that this was the band's first time performing that song, and the dance piece was unique to the Toronto show. "I wish I could dance like that!" Murdoch chuckled wistfully.

Following that, the set list picked up the pace with mostly upbeat numbers - "I'm a Cuckoo," "If She Wants Me" and new songs "The Party Line" and "Allie." Murdoch was quick to mention another Toronto connection: the music video for "The Party Line" was filmed in Toronto (by Scott Cudmore), with an open call to B&S fans to participate in background group dancing scenes. 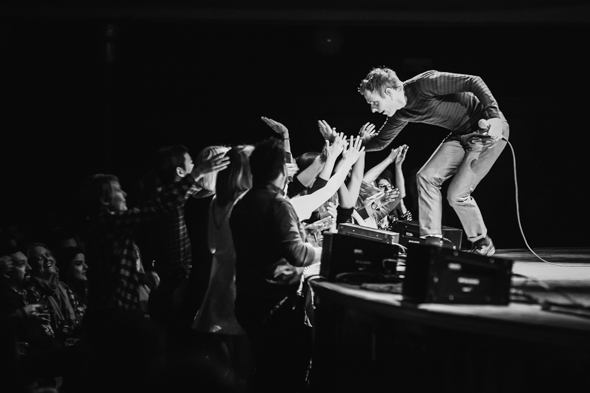 There was a quick show of hands near the front of the stage of fans who'd gone to the video shoot. Later, during "Sukie in the Graveyard," Murdoch invited one elated female fan (who had raised her hand as a video shoot participant) to dance with him on stage, even giving her his fedora to wear during the song.

Murdoch dedicated the little-played "Fox in the Snow" to recently-hospitalized Joni Mitchell, also mentioning that he "had a feeling" that Toronto's long winter would soon come to an end. 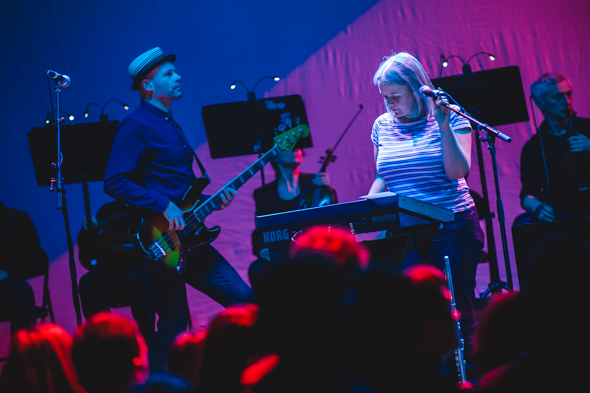 Toronto connections were abundant: the night's strings section were all Toronto musicians, Murdoch's proclamation that TTC tokens are small and cute and could be made into stylish cufflinks.

"Toronto's got a big fucking lake" Murdoch stated, and continued that when the streets seem empty, you can venture underground to find busy, bustling food courts where you get a good portion of food and sit alone if you want to - "I love a food court!" 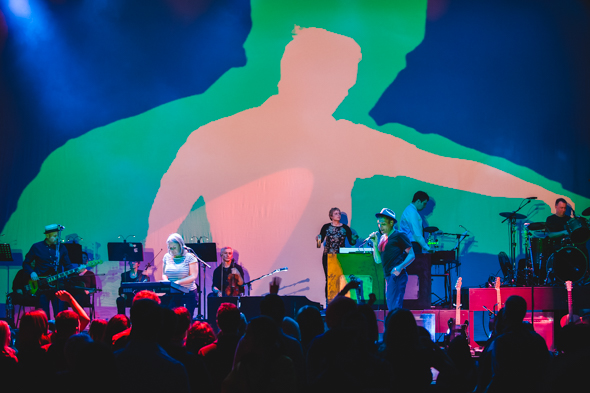 But back to the dancing. At TURF I declared that my new life goal was to someday dance on stage during "The Boy with the Arab Strap." It's something of a tradition that fans are invited to join the band on stage and dance during this song.

Well, this show continued this tradition, and I was ready. After "Arab Strap" I stayed and danced during the next song - my favourite B&S song! - "Legal Man." Life goal: achieved. 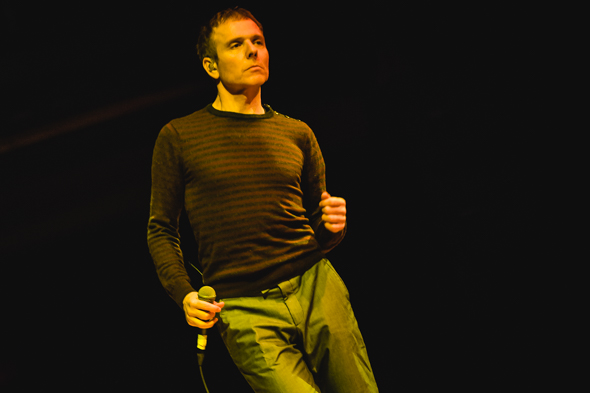 The Cat with the Cream
I'm a Cuckoo
The Party Line
If She Wants Me
Allie
My Wandering Days Are Over
Perfect Couples
The Fox in the Snow
Electronic Renaissance
The Power of Three
Sukie in the Graveyard
Le Pastie De La Bourgeoisie
Simple Things
The Boy with the Arab Strap
Legal Man
This Is Just a Modern Rock Song (first few lines only)
Get Me Away From Here, I'm Dying
Encore:
Sleep the Clock Around

Wini Lo is blogTO's editor of twee. Find her on Twitter: @winiw