What Toronto was listening to 30 years ago

Today's radio airwaves are filled with pop starlets, electronic anthems and many odes to booty - but what were people listening to in 1985? Has much changed in three decades? You can find out by checking out a recently unearthed print of 1050 CHUM's "Top 100 Songs of 1985."

This vintage hits list comes to us courtesy of Lonely Vagabond, the mysterious local music savant who attends more shows in a week than you probably do in a year and most recently converted a TTC map into the perfect subway playlist. Naturally, he's also an avid collector or Toronto music memorabilia, and has held on to this compilation of top tunes played on 1050 CHUM (which you may now know better as TSN Sports Radio 1050 - if you still own a radio with an AM dial, that is).

"When it comes to chart-friendly hits, some might say the 80s were either the lowest or the best of times musically," says the Vagabond. "But there's no denying that if you grew up in that decade, this list will bring back a sense of nostalgia."

Even if you did come of age in the era of Cabbage Patch Kids and Miami Vice, you may still be surprised at how this top-100 list shook out. I'm personally impressed that Corey Hart beat out a bunch of Madonna tracks, and pleasantly surprised that Parachute Club had another hit other than "Rise Up." Lonely Vagabond points out that some hits, such as "Do They Know it's Christmas?" and "Don't You (Forget About Me)," rank kind of low considering their current reputation as iconic 80s masterpieces. 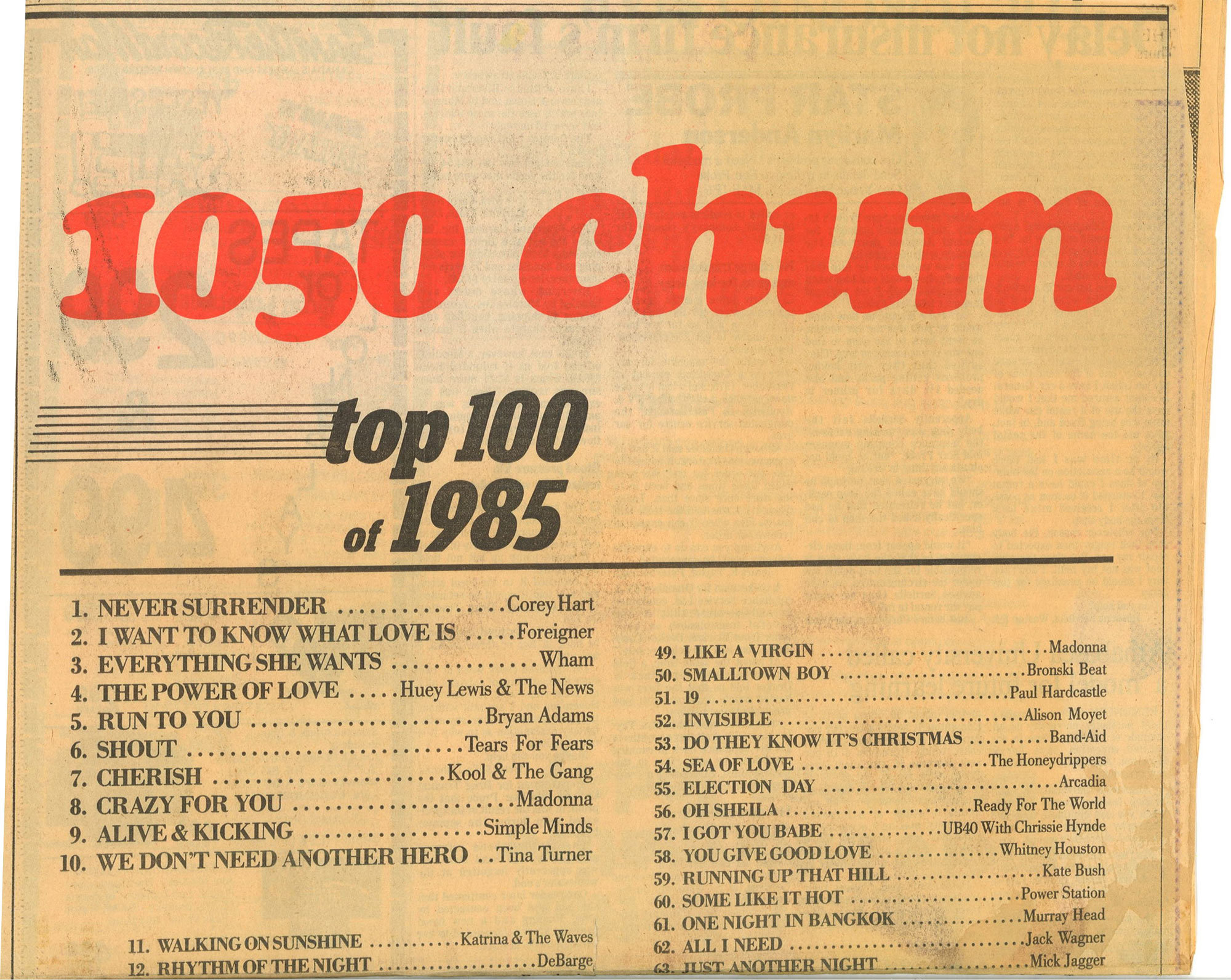 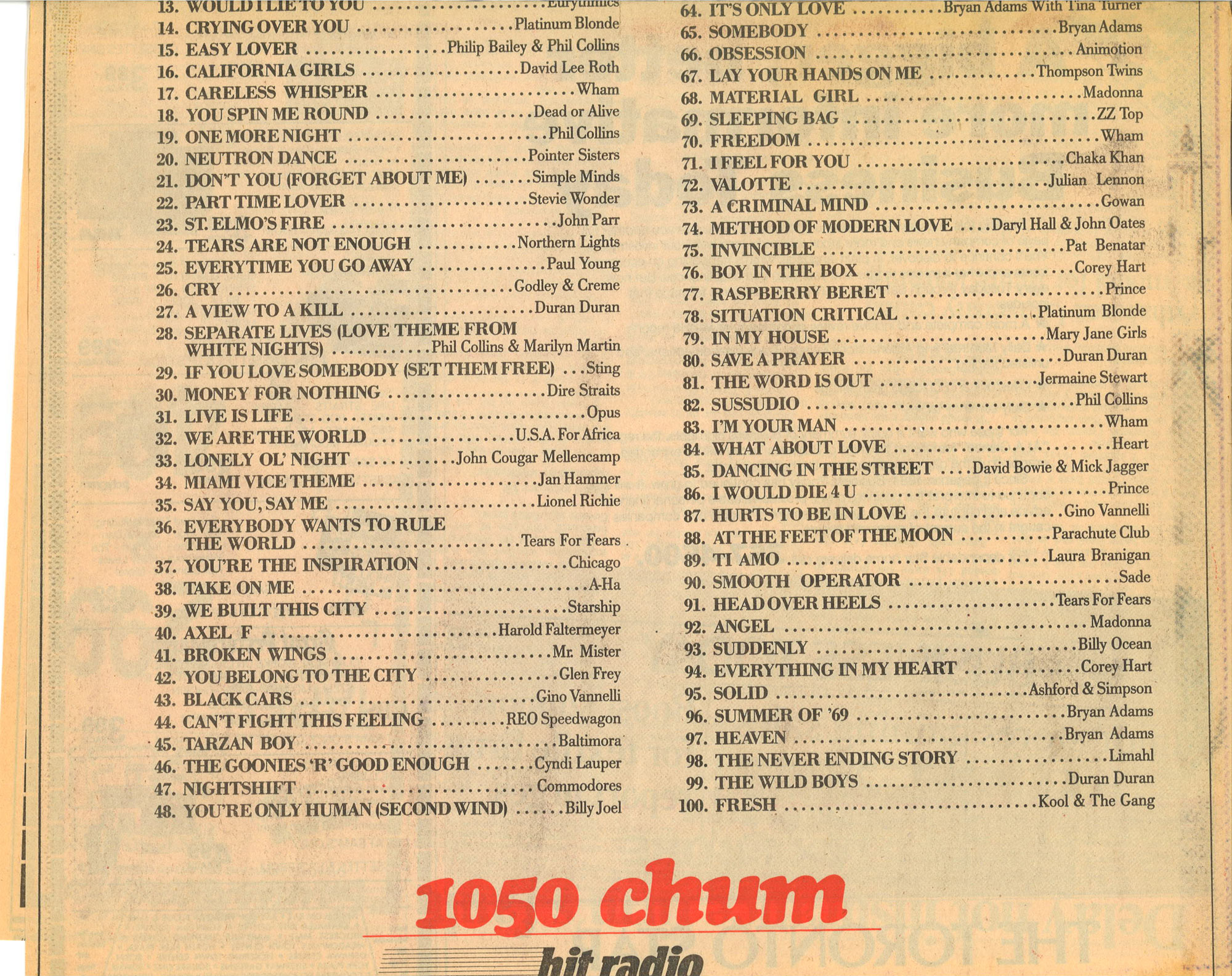