In an unassuming and badly lit back room of the Phoenix last Saturday night Elliott Brood and their fans got to meet and greet, while munching on some rather tasty eats, courtesy of Toronto restaurant Rose and Sons, at the first installment of Toronto's newest food and music series Eat and Greet with the Band. 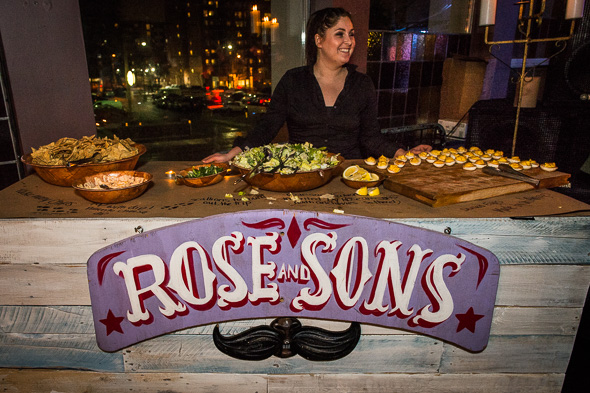 The dinner was a sold-out pre-show delight. As guests timidly started to line up for the buffet-style service the decadent menu became apparent, scribbled on the paper-table cloth that covered the tables. Various side-dish delectables included deviled eggs, caesar salad, potato chips, cornbread and coleslaw. 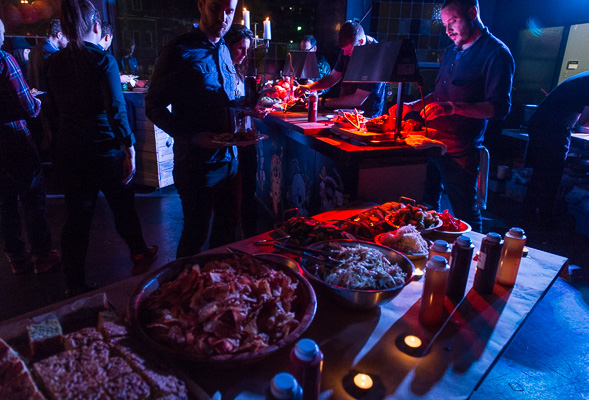 The most comforting of all was a delicious Mac'n'Cheese - perhaps not the best way to start a night out, but worth it. Then there was meat - the centerpiece of the feast - proudly carved by Chef Anthony Rose. 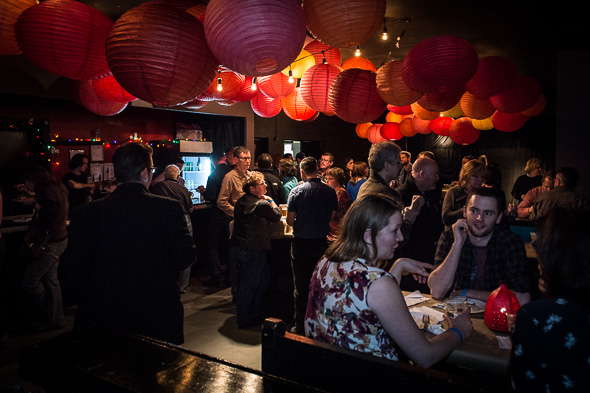 One fan, there to get a chance to meet Elliott Brood band members, had a hard time deciding which was better, the meat or the band - jokingly saying Elliott Brood should just change their band name to 'meat'. Maybe he'll take it under advisement. 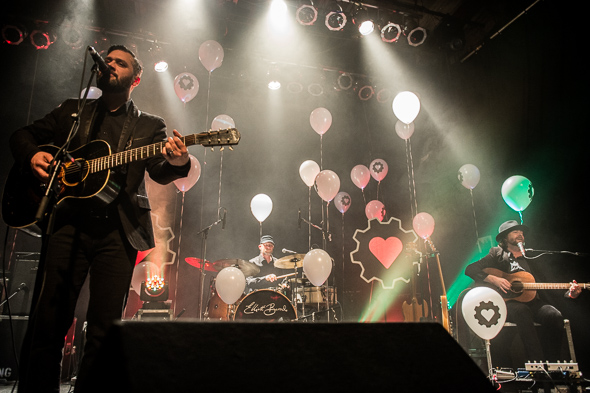 Whether or not they'd be taking band name suggestions from fans (probably not), this meet and greet was an event that Elliott Brood simply couldn't turn down. Band member Casey Laforet explained succinctly - "how can you really go wrong with mixing music and food?" 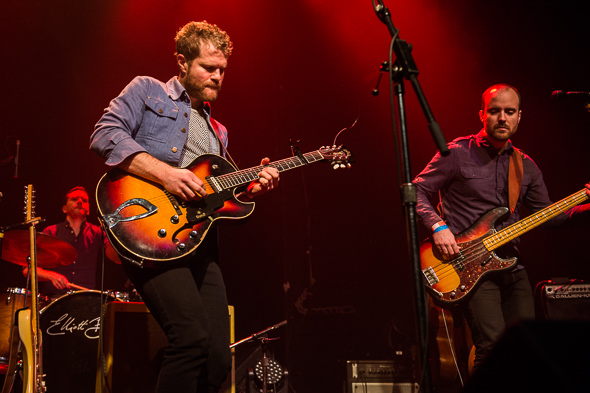 During the bands' performances (The Wilderness of Manitoba also performed), the well-fed band members played a solid set and invited lap steel player Aaron Goldstein to join them for part of it. 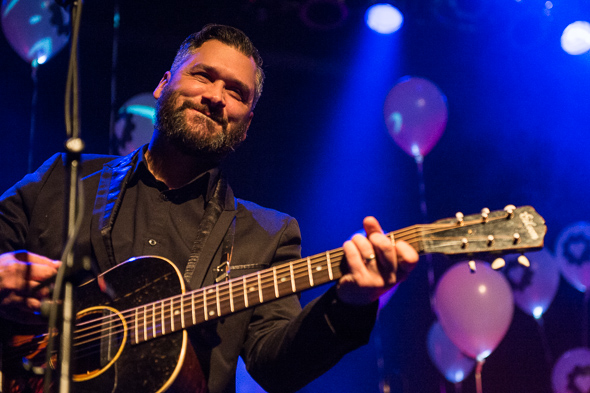 It's a scientifically proven fact that food tastes better when you share, and twice as good when you share with artists you love. Guests got to experience that backstage vibe, eat to their heart's content, and chill with a pint of a complementary glass of Beau's, much to their delight. It was a winning combination. 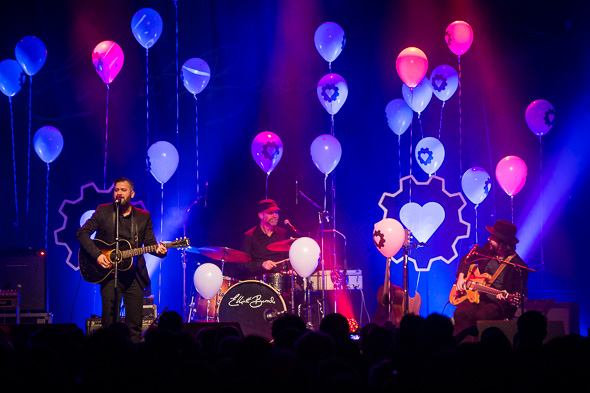 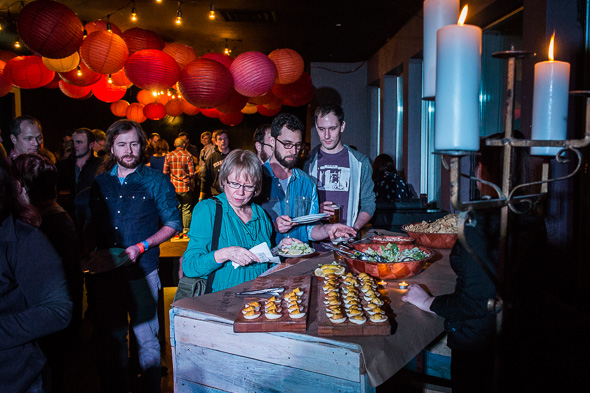 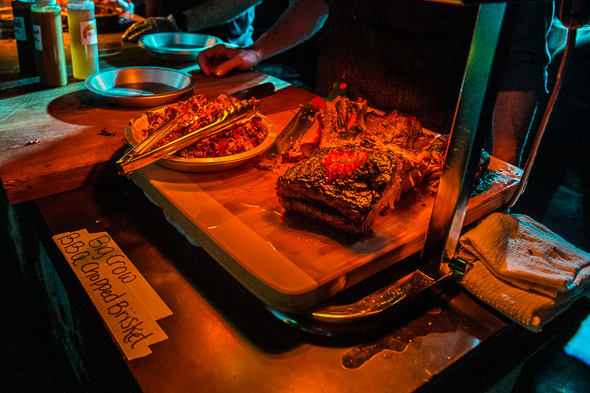 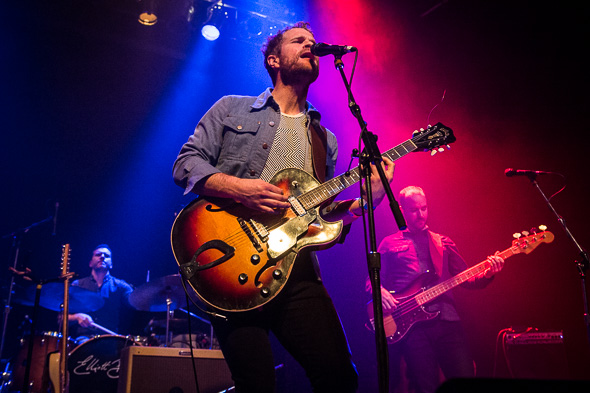