Inside Toronto's most unique music hub

Array Space in Toronto is one of those secrets you could live a block away from and never know about. The West Queen West concert venue, rehearsal space, and recording studio occupies the second floor of an industrial building a hop away from Toronto's doomed (ex) coffin factory on Niagara (former home of Trash Palace) but the feeling at 155 Walnut Street is not of impending demolition, but of growth. 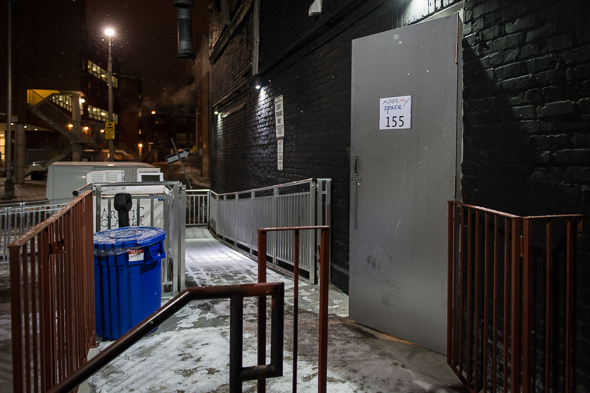 In many ways Array's set up is similar to other independent, non-bar Toronto venues: there's a main room to host performances, a more-or-less updated online calendar of events, a buzzing relationship with local musicians, and at least a slight danger of patrons being locked out (our photographer had a close call). Yet there's more going on at Array than meets the eye. 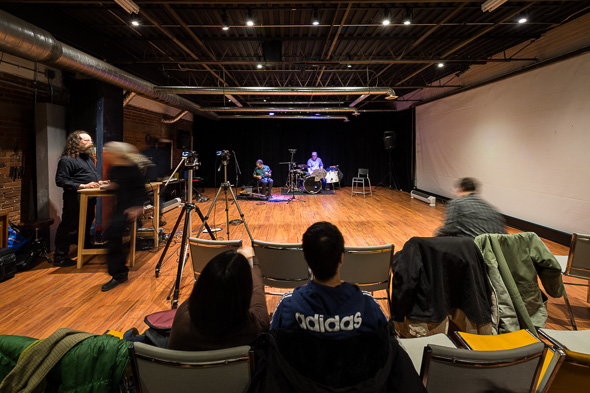 On a frozen night in January I stopped by Somewhere There's Audiopolination session, which brings together musicians who, ideally, have never before played together for a night of improvisation, to find out what makes Array so unique to Toronto's music scene.

When experimental venue Somewhere There was abruptly booted from Sterling Road, they found welcoming arms at Array. The transient promoters, who also find happy homes at Ratio and the Tranzac, among others, tell me the venue is the highest quality concert space they can afford in Toronto (they rent time at Array in bulk to save money), and from sound to lighting to the curtains, it's also the nicest home they've ever had.

The night's players take their time setting up, chatting about the early days playing improvised music before ever learning to read sheet notation, while someone meanders meticulously rearranging chairs. For a long while I'm the only woman in the room - still a too familiar concert experience. 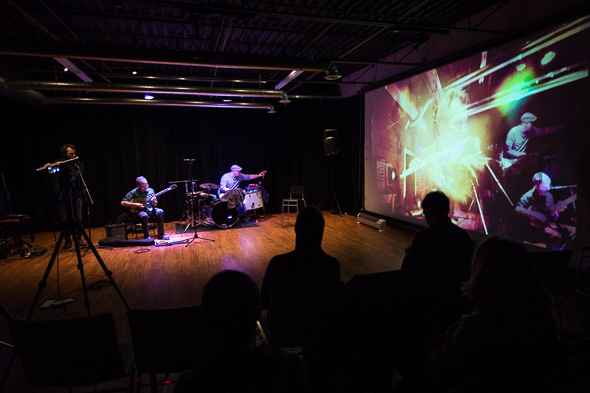 As the three performers improvise together, it's clear why Audiopolination favour Array. Live projections have ample wall space, and the sound is crystal clear. Rather than being dissonant, the jam on this night has a pleasant folk music thing going on between flute, strings, and percussion. The crowd is silent and receptive. To a casual concert goer, the show could just be a stop along the night. 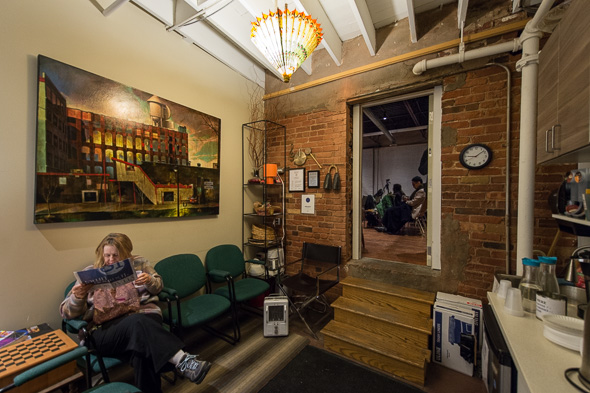 Array is unique, though, in that it goes beyond hosting public concerts. While they also offer rehearsal time (with two baby grand pianos handy), artist studios, a library, and audio recording (with engineer, if requested), Array Space is just a section of the Array Music world. Array programs lectures and workshops like the Indigenous Music Creators Project and the Young Composers' Workshop, and special Array Sessions. All this ties into founding force, the Array Ensemble. 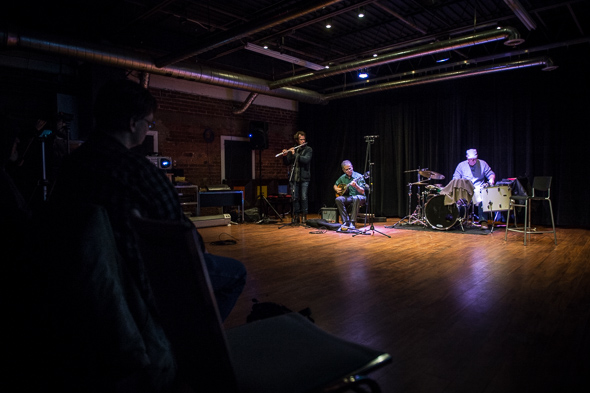 Array's Artistic Director Rick Sacks tells me the Ensemble was founded in 1972, and the players have always been tied to a physical space: first in a garage, then in the former Artscape space in Liberty Village, and now on Walnut. What began as a "collective of composers wanting to get their music played" is now an internationally recognized contemporary chamber ensemble, who've come to rely on unstructured availability of rehearsal and performance time.

"We always had an autonomous space" Sacks reminisces. "We need a home base." Defining themselves freely as they progressed, Array has grown organically into something that's one of a kind. The collective of players plan their seasons a year in advance, pay union rates, and showcase the work of living composers, most of whom are Canadian, combining classical instrumentation and electronics as called for.

Every five years a new artistic director from the Ensemble brings a different focus to Array (who have only been on Walnut Street for about two years), meaning they've made connections worldwide, and intertwined modern dance, electronics, improv, theatrical elements, and multimedia. Musicians coming through Toronto from around the world can be found at Array at all hours of the night, rehearsing for gigs or recording with local talent. 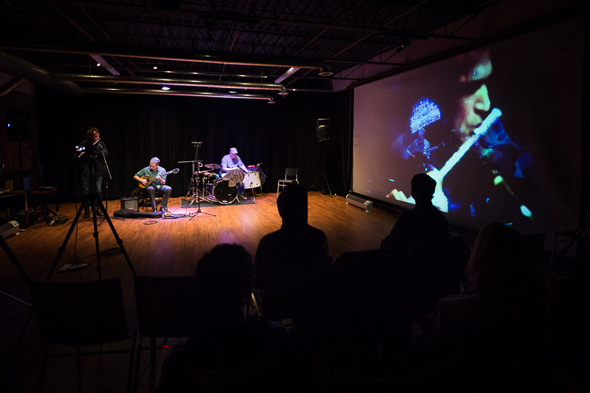 Sacks admits he hasn't heard of many organizations like Array, but is quick to mention Toronto sister venues The Music Gallery and Lula Lounge, as well as groups like Continuum, Thin Edge, and the Toy Piano Composers.

Now outfitted with wheelchair access, new curtains, and soon-to-be installed PTV cameras, Sacks has a five year plan for Array's relatively new home, from the esoteric (solidifying what the space means to the community and connecting with emerging artists) to the practical (launching a digital concert hall where audiences can pay-per-view or subscribe to all of Array's concerts online -- videos are currently uploaded for free). He's excited to host live shows more regularly and help foster new talents in the city.

A fuse blows in the main room, and for a minute there's a flurry of activity, while outside the only hint of the bustle within is Array's understated white sandwich board. As long as artists somehow find the space they need here, Toronto will never run out of secrets like Array. 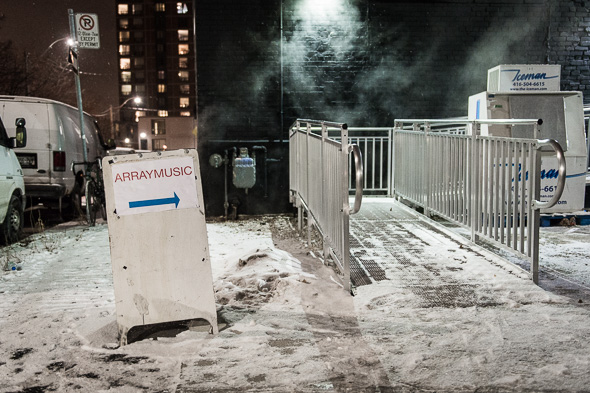