UK producer extraordinaire, Aaron Jerome brought his masked alter-ego SBTRKT to The Danforth Music Hall for a two-night stint over Halloween weekend. What should have been one of the best costume-concert dance parties in the city on Halloween night was apparently stopped dead in its zombie make-up as technical difficulties prevented that show from really rising from the grave.

Fortunately technical issues were sorted on night two, the final date on their North American tour. On Saturday, SBTRKT executed a nearly flawless set of soulful, bass-heavy cuts from their excellent self-titled 2011 album and 2014's Wonder Where We Land. 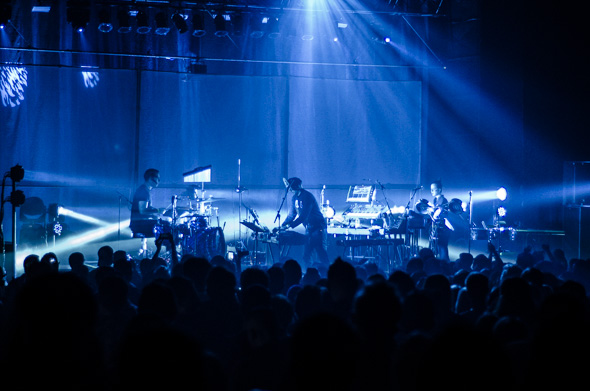 Conspicuously absent from the stage were any of the guest vocalists that provide SBTRKT's post-dubstep with so much of its cross-over pop-appeal. This includes frequent collaborator Sampha who handles the majority of lead-vocals across their two LP's. 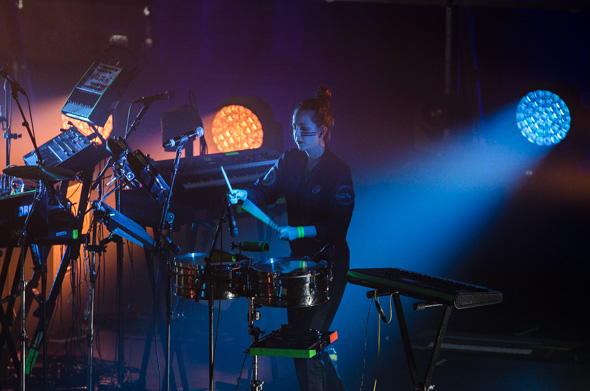 In their stead, Jerome brought a live drummer and an auxiliary keys/sampler/e-percussionist to flank his centre-station full of analogue synths, samplers, keyboards, computers, molecular transporters, a replicator - seriously, it looked like the bridge of the starship Enterprise up there. The band managed to elevate the backing tracks and canned vocals into a legitimate live experience.

Jerome lead his face-painted away-team through extended versions of "Look Away", "Trials of the Past", "Never Never", and the super-funky "New Dorp, New York". Every song was presented as a new frontier to be explored, a fresh subject to be dissected, and the band was surgically precise. 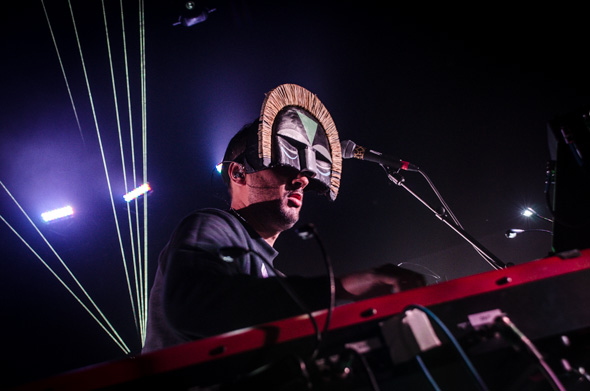 Jerome was bouncing tirelessly from synth to synth, module to module, cutting up live samples and mixing effects as the band built and deconstructed tracks in real-time. This was a masterclass on how dance music can be done live. What is offered on record as succinct electronic-pop became long-form explorations into beats, sampling and production.

Ethereal visuals were projected on a screen downstage while pulsing strobes and sweeping lasers held the house in visual awe. The real fun began when the 80's disco-nouveaux of "Pharaohs" kickstarted the dance-party everyone was waiting for. "Wildfire" warmed the icy Danforth Music Hall to the point where people could shed their layers and their inhibitions. 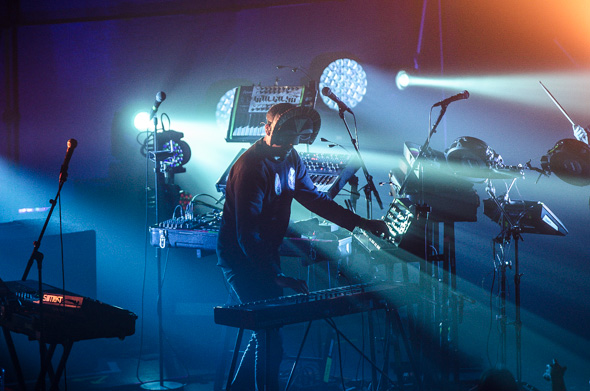 By the time they started their four-song encore, sensory overload had become a way of lyfe. Yet SBTRKT unlocked a new level of hyper-stimulus as their remix/redux of Radiohead's "Lotus Flower" dissolved into a percussion-frenzied tribal-house free-for-all. It was an unbelievable finale of flashing lights and thumping bass and hoots and hollers and hands in the air. Fantastic and spectacular - SBTRKT's live show was redeemed in Toronto. 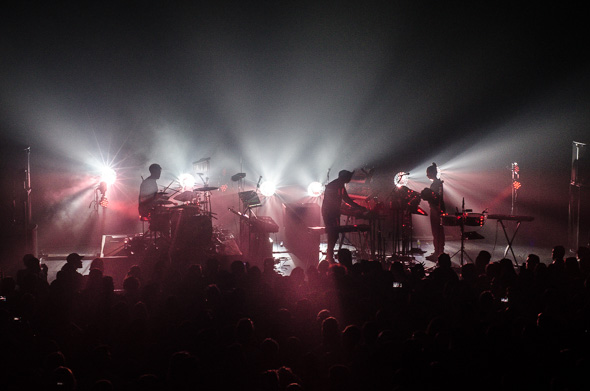