Chromeo are a strange beast. Basing their career around the disco-funk sounds popularized by Daft Punk's Discovery, they've maintained a balance between the lustful and the tongue-in-cheek for the last twelve years. A few of the Montreal duo's more interesting extra-curricular activities include funky jams to get kids to wash their hands, an Oreo commercial and some smooth duets with Daryl Hall (of yacht-rock mainstays Hall & Oates). They also recorded the "world's smallest album", Drive Time, with 55 songs in 183 seconds. 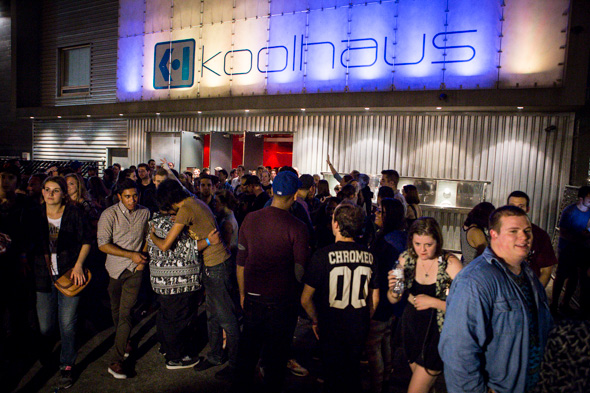 Entering what might be my last show at the Kool Haus on Saturday, I was greeted by the generic upbeat techno of opener Wave Racer, who spliced in a bit of dubstep to keep it modern-ish. The crowd was a mix of clubbers and indie types, with a few random goths. 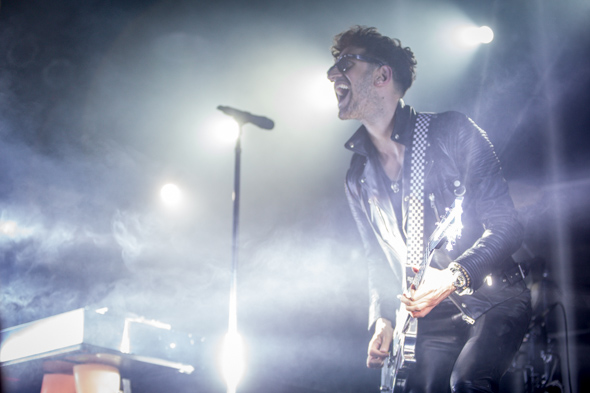 Coming on stage to a prerecorded chant of "Chro-me-o...o...o", Dave 1 and P-Thugg (yes, actually what they call themselves) manned their keyboards which were supported by glowing, uh, lady legs. Opening song "Night by Night" got the crowd moving and it was clear that people were digging the duo's derivative but fun-loving style. The self-described "funk lords" embarked on a 70-minute set of similar sounding but weirdly engaging tunes.

While I still can't tell whether they're a parody band or not, Chromeo's commitment to their chosen style is clear. The arrangements were detailed and polished, while Dave 1's guitar playing was a perfect fusion of Nile Rodgers funk and 80s hair-metal. Some of their songs were surprisingly sticky too, despite some very silly lyrics, like "I'll be your boyfriend and your counselor" from way-too-catchy "Sexy Socialite". 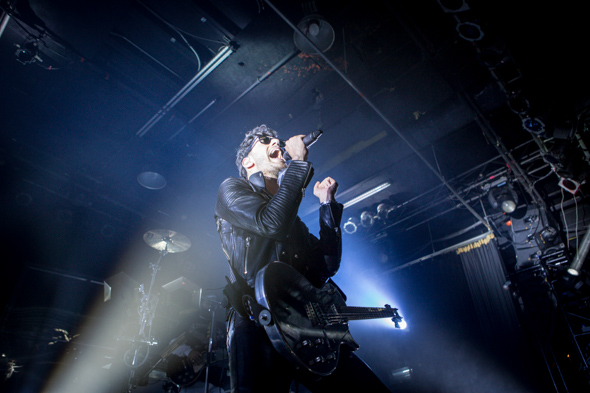 Dave 1 (random fact: he's the owner of a Ph.D. in French literature) worked the crowd like a pro. For "Over Your Shoulder," he easily convinced a large number of women in audience to sit on guys' shoulders, while for "Tenderoni" he had us sway from side to side in sync. Sing-alongs popped up throughout, especially on the song "Momma's Boy." 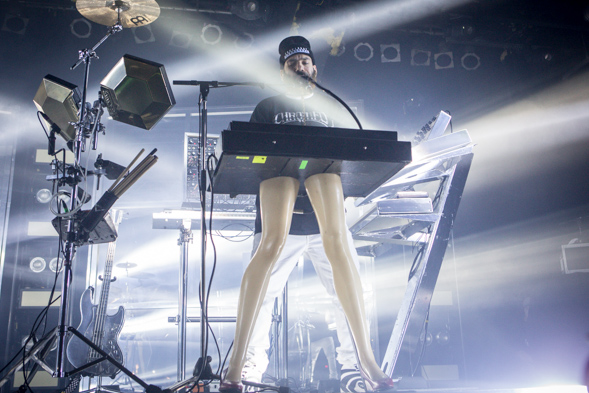 While I went in to the show pretty skeptical about Chromeo, I was at least partially converted in the end by their dedication and playfulness. The crowd clearly loved it, with people singing their songs on the street after the show. 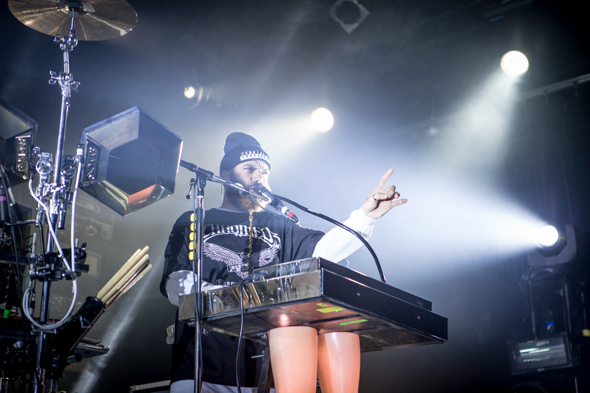 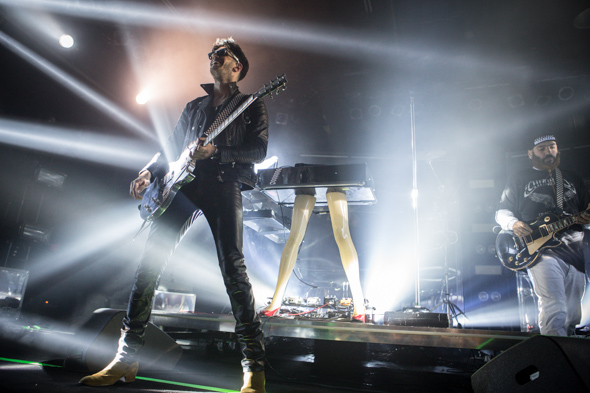 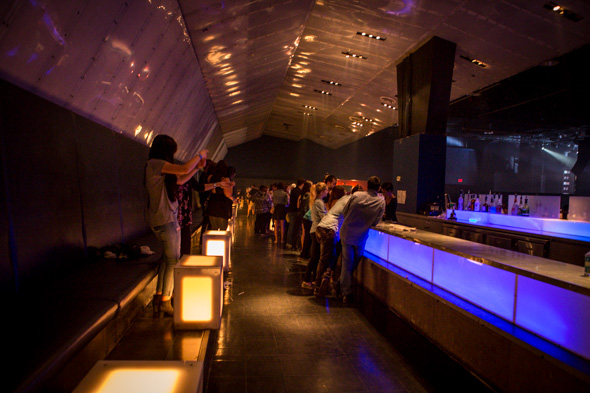 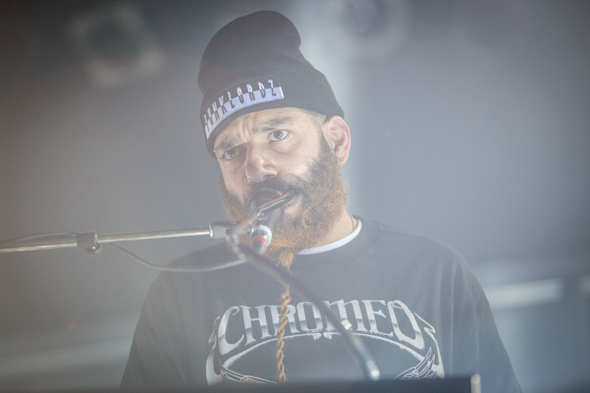 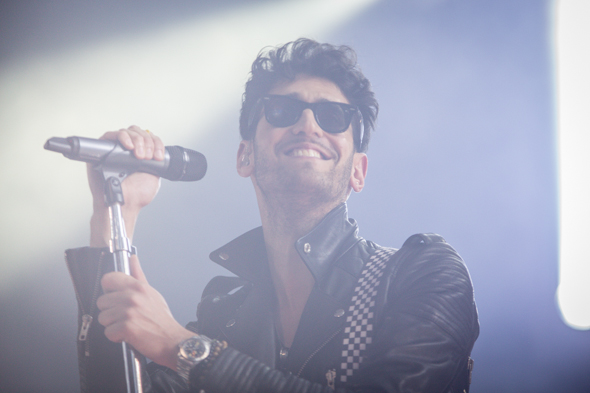