Toronto's Tori worshipers got downright rowdy at last night's Massey Hall show. After 38 years (!) of touring Tori Amos showed no signs of fatigue despite her new reading glasses - and references to menopause. Playing a set full of audience-pleasing deep cuts from her substantial catalogue and a few new tracks, Amos kept the audience enraptured with her emotionally intense material and friendly, conversational demeanor. 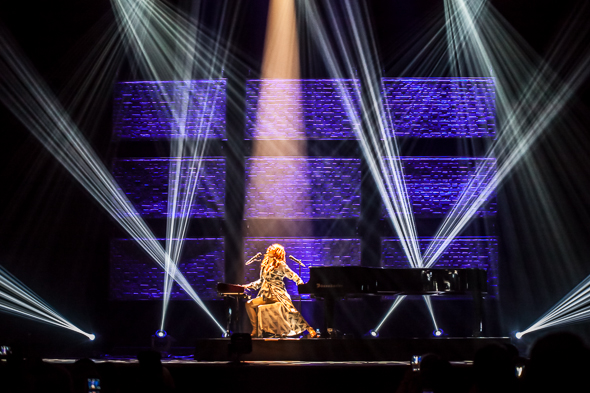 After an all Zeppelin intermission post opening act Trevor Moss and Hannah-Lou (very cute), Amos came on stage to rapturous applause, facing her much-loved Bosendorfer piano. Having seen her with a full band previously, Amos' solo performance was much more intimate and relaxed. Shorn of the almost proggish embellishments of the full band, Amos's vivid and uncomfortable lyrics and vocals shone. Despite being seated Amos rocked hard, straddling her stool playing keyboard and piano simultaneously. 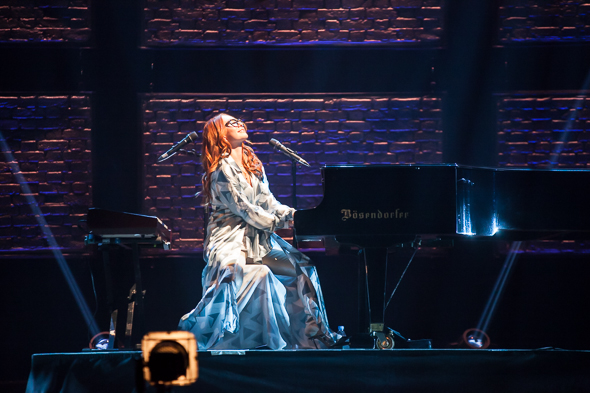 Amos managed to touch on all of her proper albums, save for 2011's Night of Hunters. Her choice of songs was not at all obvious and varies quite a bit from night to night. While not all of her choices made sense (no "Precious Things"?), it was worth it for the element of surprise.

Known for her odd covers (see her solo cover of "Smells Like Teen Spirit"), she didn't disappoint last night with a bizarre and beguiling mash-up of Tom Petty's "Freefallin'" and Sarah McLachlan's "Building a Mystery". It shouldn't have worked, but somehow it did.

Her biggest hit "Cornflake Girl" got the crowd rushing to the stage. This was one of two tracks she played with a prerecorded track and the canned music and back-up vocals were distracting, (making the song seem a bit karaoke-ish) but the crowd ate it up. 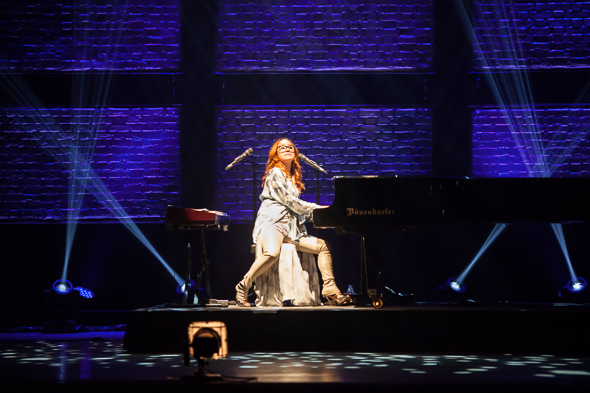 The show ended with a stunning version of early b-side "Take to the Sky" featuring some serious piano-hitting percussion. By that point it was clear why Tori has maintained her devotees over two decades and a few less-than-great albums. Her combination of emotional honesty, a positive, self-love vibe and her amazing vocal and piano chops keep her fans connected and coming back for more.

Writing by Dorian Barton, photos by Irina No