Robyn + Royksopp dance the night away at Echo Beach

Robyn and Royksopp's concert at Echo Beach was one of the most anticipated of the year for fans of off-centre, futuristic pop. The long-time friends and collaborators are touring for this year's Do It Again EP. They did not disappoint with a two hour-plus set of pounding dance beats and empowering pop featuring Royksopp, then Robyn until finally both collaborated together. Robyn reminded us again and again that she is basically the coolest. 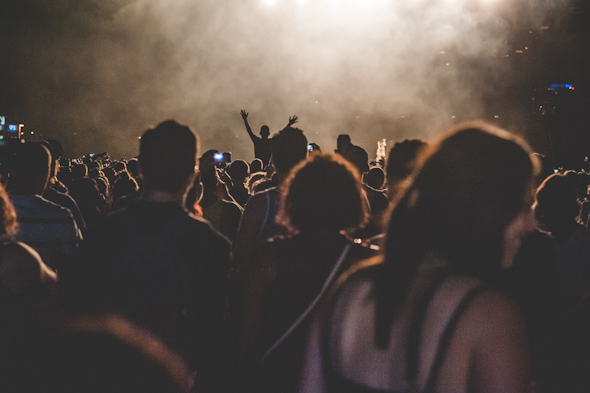 After wandering through the CNE and their culinary temptations, we arrived at Echo Beach, essentially a parking lot covered with sand. The venue seemed prepared for a potentially drug-addled EDM crowd, with on-site paramedics and gigantic, eight dollar bottles of water. With this ravey atmosphere, the crowd was enthusiastic but nothing like this . 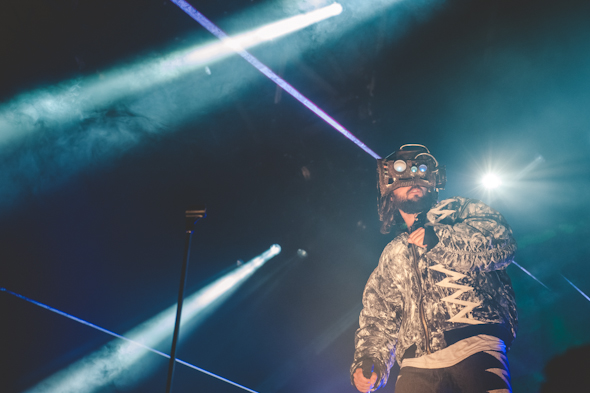 Royksopp's set sans-Robyn had the requisite slick, pounding beats, and seizure-inducing lasers of a major EDM show but with detailed, melodic arrangements that set them apart from their peers. They had a huge live band including a lead singer (awesome) while the core duo stood behind their decks in the middle of the stage. While each track impressed, "This Must Be It" was especially awesome.

The transition from Royksopp to Robyn was so smooth that it took a few seconds for much of the crowd to realize that Robyn was on-stage. It didn't take long for the crowd to be won over by Robyn's elven-ish charisma and bad-ass attitude. 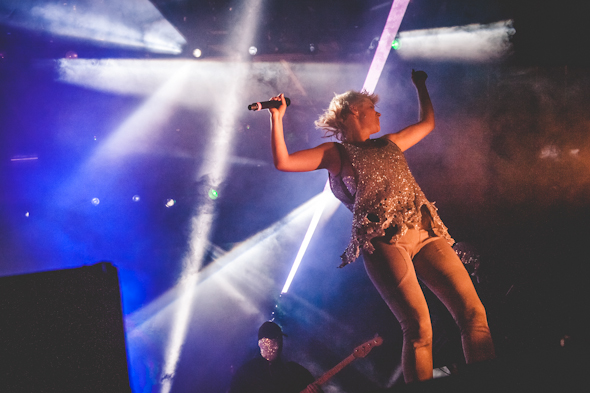 Robyn's set felt like one hit after another. Her biggest anthems, such as "Indestructable" and "Dancing on My Own" were rapturously received, with "Dancing..." inspiring a massive sing-along. She previewed a few tantalizing tracks from her upcoming album, the best of which was "Work it Out".

Like Royksopp, Robyn played with a big band including two drummers. While her songs often focus on breakups, the message of resilience in the face of despair clearly resonated. This was aided by Robyn's intense dance moves, including air-punching and ironic twerking (apparently, this is a thing). 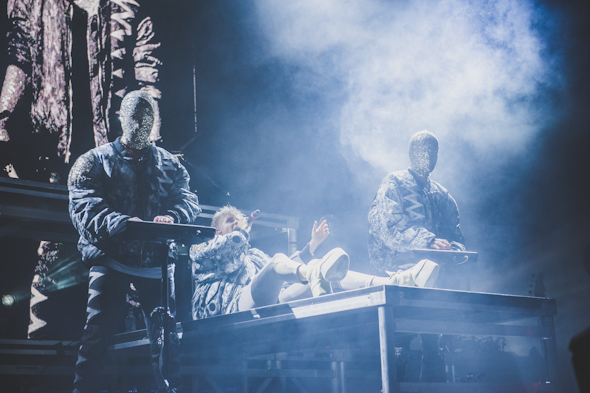 After a very short break, Robyn and Royksopp united for a brief set of their collaborative material, including 2009s "The Girl and the Robot". Royksopp wore Kanye-style mirrorball masks as they whipped up intricate tracks that were overall moodier and more atmospheric than Robyn's solo material. The robo-sexy "Sayit" hit especially hard with Robyn trading come-ons with a mechanized voice and some menacing videos in the background. 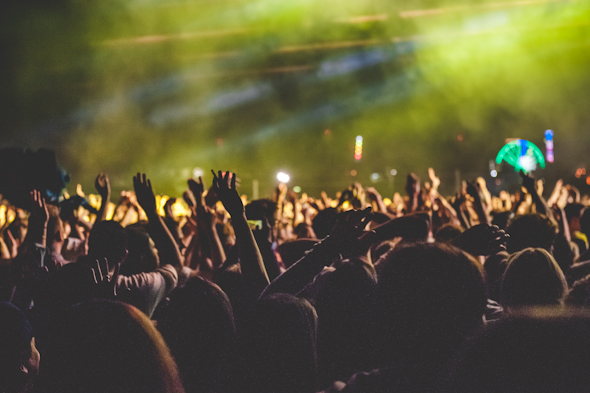 They finished their set with a triumphant version of "Do It Again" , followed by an encore of Robyn's "None of Dem". The crowd was clearly buzzing after two hours of pure dance excellence. 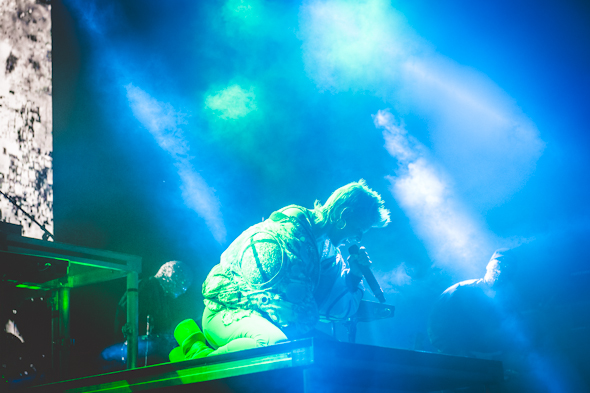 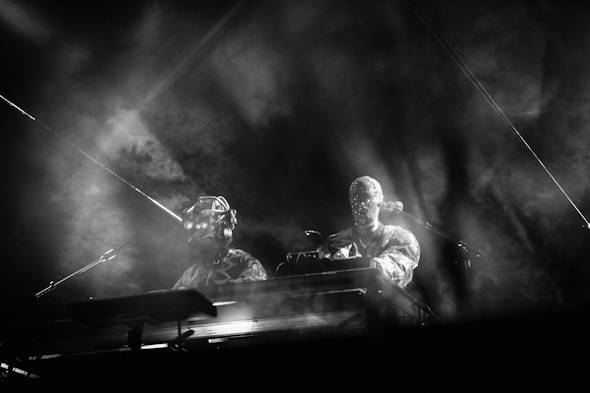 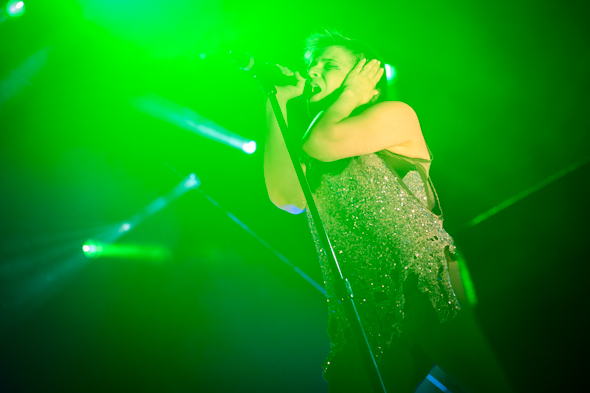 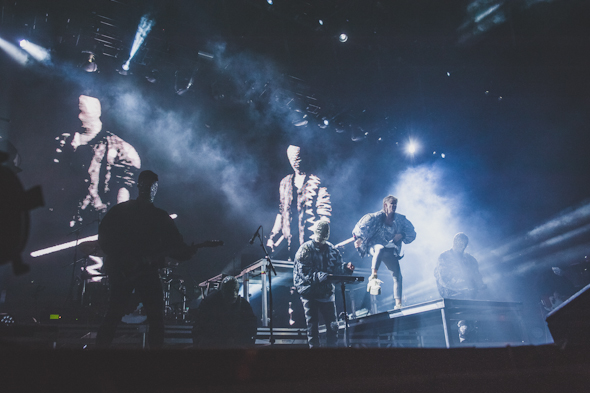