The Retro Futura tour brought me back to 1984. It was the year of the synthesizer, led in part by British synthpop wiz Howard Jones, whose debut album Human's Lib was burning up the airwaves with hummable tunes like "New Song" and "What Is Love."

Retro Futura brought together HoJo, along with Thompson Twins' Tom Bailey, Ultravox's Midge Ure, China Crisis and Katrina Leskanich of Katrina & the Waves for a 16-date North American tour with the sole Canadian stop at the Kool Haus Tuesday night. 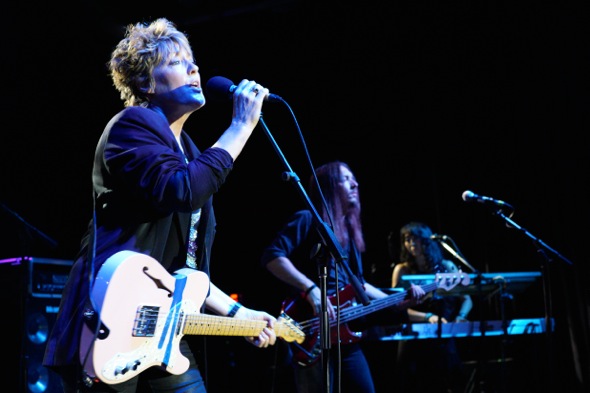 Jones, Bailey and Ure all performed at the huge Live Aid shows in 1985, so it was a nostalgic experience to see them all performing on the same stage in one night.

First up was Katrina, who's biggest hit, "Walking on Sunshine" you may remember. It was her first time touring in North America since the '80s, but you couldn't tell from her lively performance. 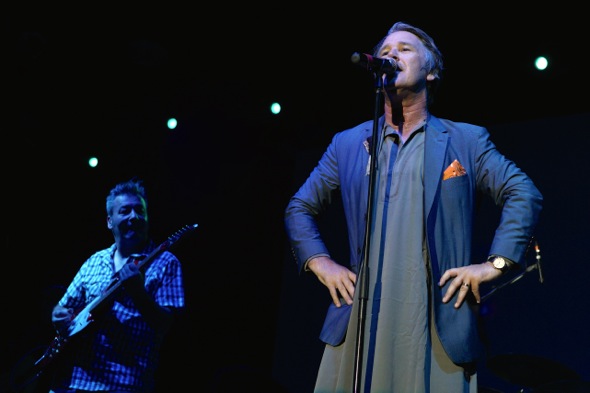 It caught me by surprise that there was no intermission, along with the requisite stage teardown and setup. China Crisis hit the stage immediately after Katrina, backed by what appeared to be the same core musicians.

China Crisis last toured recently, playing Hugh's Room last year. Singer Gary Daly looked rather odd wearing what appeared to be a caftan with a suit jacket overtop. He looked like he was having a lot of fun on stage, though his vocals were buried by the heavy bass and drums most of the set. I was disappointed they didn't play their hit "Working With Fire and Steel." 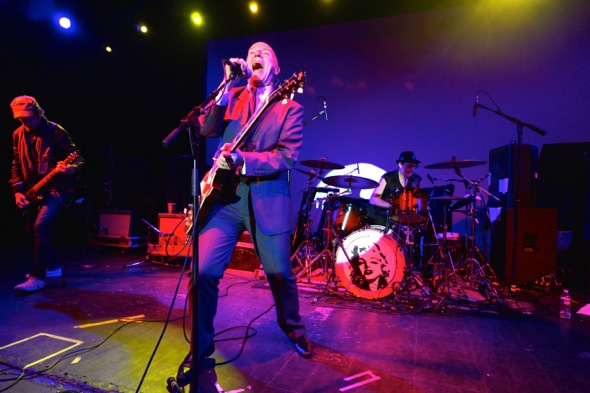 When Midge Ure took to the mic, I was awestruck by the power and purity of his voice (and his dapper suit and tie).

When I saw HoJo play Kingswood Theatre at Canada's Wonderland back in '89, I remember asking who the opening band was and was told "Mid Urge" (sic). Funny name for some of us to pronounce, but what a totally awesome voice. 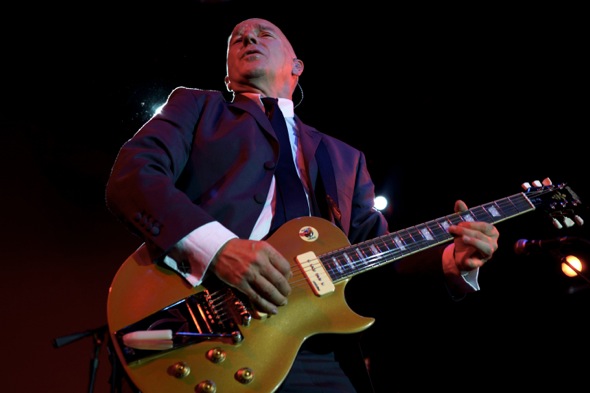 Midge Ure has written some stellar tunes over the years and performed a handful of them back-to-back-to-back, including "Dear God," "Dancing With Tears in My Eyes" and "Vienna."

Perhaps the most spectacular was a song introduced as "a song I didn't record but wrote and produced," the gorgeous, futuristic sounding "Fade To Grey," which he crafted for Visage back in 1980; 25 years later, the song inspired the top-20 hit in Canada, "One Word", by Kelly Osborne. 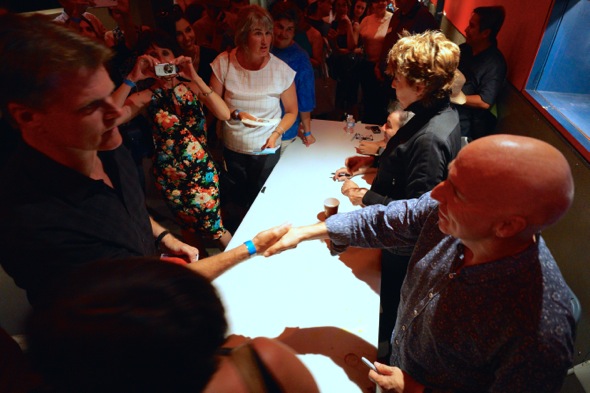 There was finally a an intermission between the next acts, which gave us a chance to check out the merch table, where the first three acts were eager to do a meet-and-greet and sign autographs for the grownup fanboys and girls. 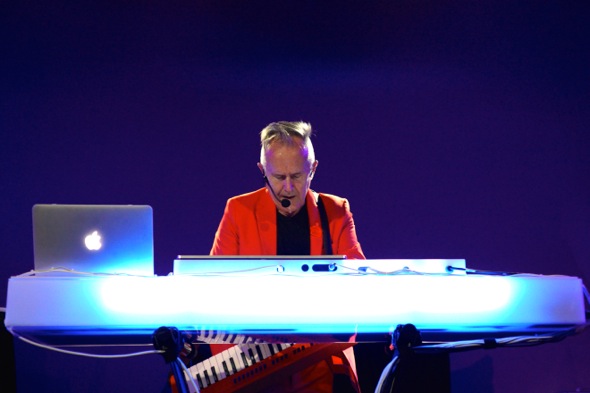 HoJo emerged from a sea of smoke and lights, his bright orange suit and matching keytar strapped on. What followed was, not too unlike his last Toronto gig, a giant singalong. It was a greatest hits set, led by "Like to Get to Know You Well,"What Is Love," and "Things Can Only Get Better," the latter getting a reconstructed reprise.

It was nice to hear "The Prisoner." I can hardly believe that song is 25 years old now. His set wrapped up with "New Song," which he started singing, altering the lyrics to sing about having lived in Canada when he was younger and that he can sing the national anthem as good as anyone, which got a lot of cheers from the by-this-point jubilant crowd. 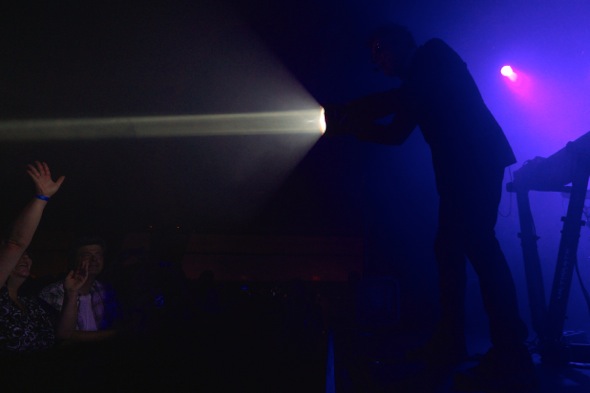 As much as I would've loved to hear more of HoJo's hits, it was refreshing to see one of the Thompson Twins take the stage. Tom Bailey hasn't performed on stage in over 25 years and it was a treat to hear him sing some of the best pop songs from the '80s, including "Lies" "Hold Me Now" and "If You Were Here," from the film soundtrack of "Sixteen Candles". 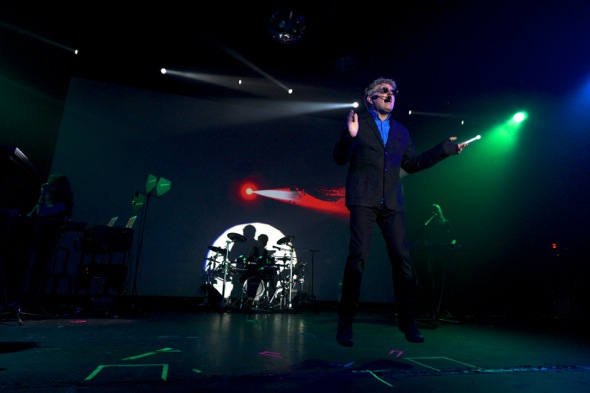 Bailey's band kept a low profile throughout the almost hour-long set while he moved about freely, unconstrained to a mic stand. He deftly handled multiple instruments, including synth, Fender electric, drums and tambourine. 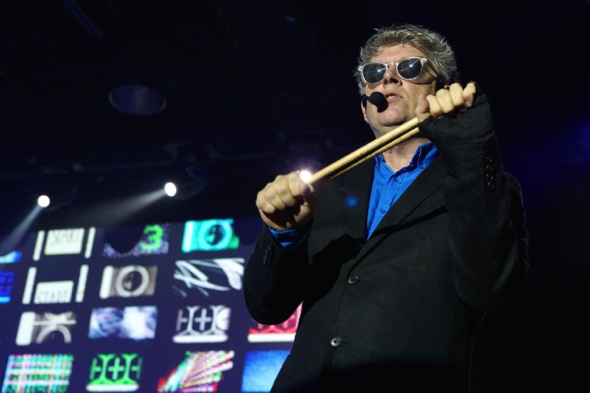 A giant film screen at the back of the stage projected colourful images throughout his set (and HoJo's). This was most evident during "Love On Your Side," where the keyboard and heavy bass lines reminded me of the recent Kraftwerk concert. 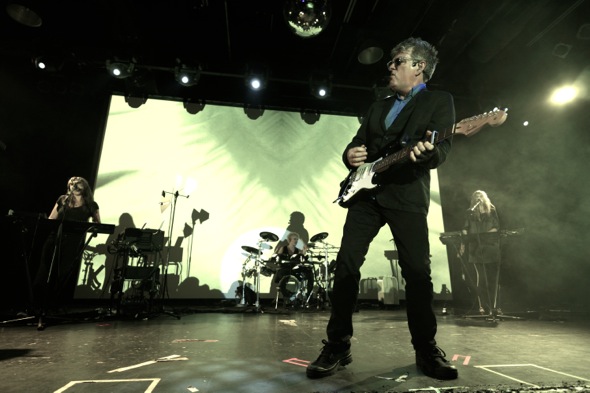 By midnight it had become a four-hour long fun retro show. I wonder if today's youth will be equally as nostalgic for a pop reunion 30 years from now.

Toronto is getting a candlelit in-person concert next month