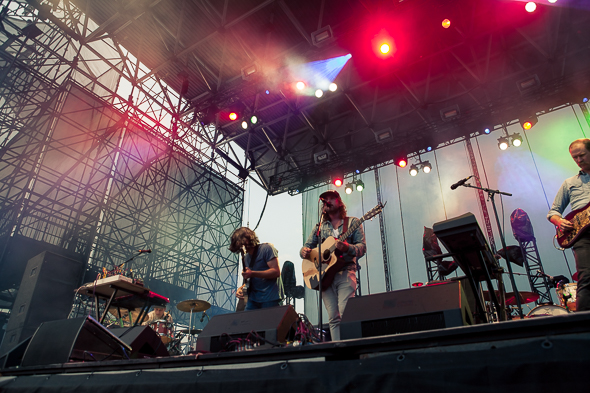 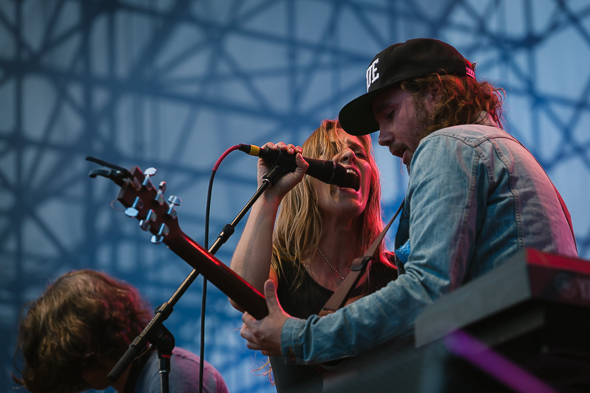 They both did their best to build energy in the crowd - a highlight being when Broken Social Scene alumni Feist and Emily Haines crashed Drew's set - they were quickly outdone by Modest Mouse's explosive 17-song set. 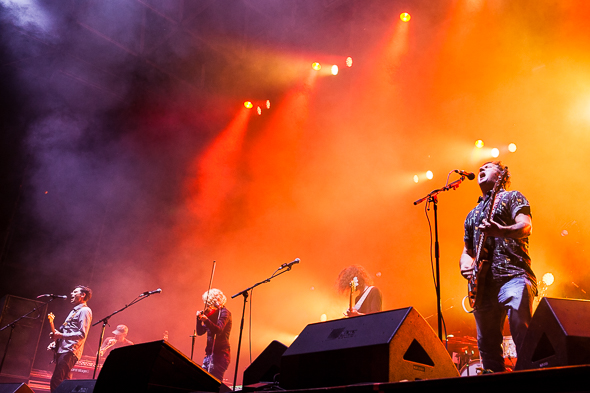 Beginning with a fiery rendition of "King Rat" from their 2009 EP, the Washington rockers were in top form and high spirits. With no new recordings to promote, they freely ran through favourite cuts from all of their past discography, the most coming from 2004's mainstream breakout LP Good News for People Who Love Bad News.

The audience enthusiastically danced to the dreamy guitar flow of "Ocean Breathes Salty," the bluegrass thump of "Satin in a Coffin" and threw up lighters in traditional rock-show salute to introspective ballad "The World at Large." Even the signature "Float On," now a decade old and ravaged by radio overplay many times over, has aged surprisingly well in live format; neither fans nor band seemed the least bit sick of it. 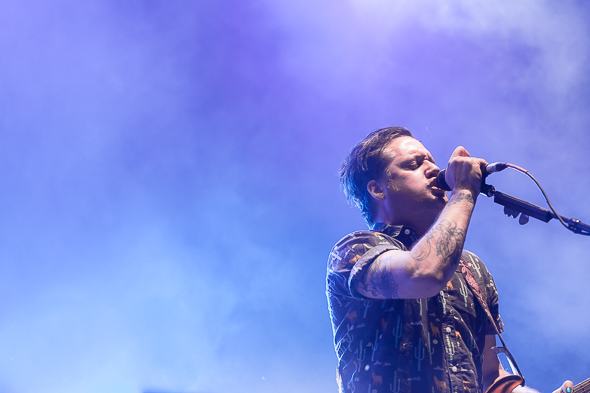 Though some recent reviews of Modest Mouse's shows on this tour have reported a lack of performance energy, there was nary a hint of exhaustion or boredom here. Frontman Isaac Brock was particularly animated throughout the night, jovially relaying the conflicted relationship he has with his hat (the toque (would he call it a toque?) periodically got tossed off before reappearing on his head a couple songs later) and ranting about the noise curfew that would force the band off stage by 11pm.

Though Kevin Drew earlier displayed relief that the looming storm clouds had abated, Brock felt just the opposite way. "I love a good storm," he lamented, telling the crowd about his secret desire to be struck by lightning. "It's not a death wish," he quickly clarified. "I wanna get hit by lightning - and survive." Obviously, cheers all around. 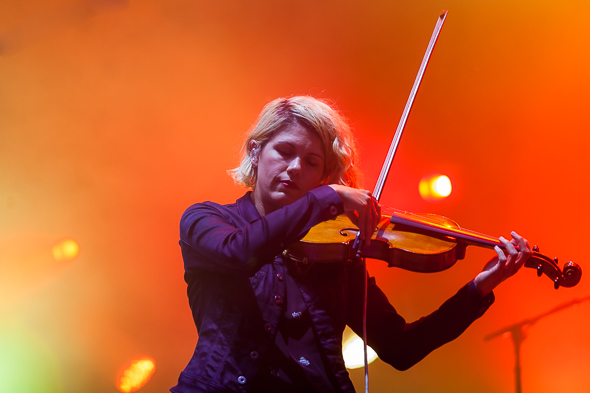 The band no longer names Johnny Marr among their ranks, but has been fleshed out to a seven-piece on this tour with additional horn and violin players - co-founder Jeremiah Green and newer addition Joe Plummer continue to both handle percussion duties simultaneously on many songs, and though having two drummers didn't make a noticeable impact for the most part, certain songs, like "Tiny Cities Made of Ashes," did feel like they had added weight at times. 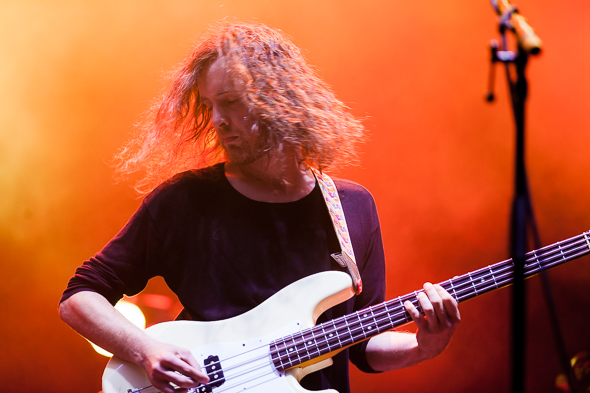 New bassist Russell Higbee ably held down the other end of the rhythm section in the absence of founding member Eric Judy, but I'm still more excited to see what Krist Novoselic can bring to the table.

Despite the threat of rain, difficulty to navigate and the hilariously overpriced beer ($16 for a Budweiser!), Echo Beach's waterside locale turned out to be an apt setting for the band's more nautically-tinged themes as of late - a new offering, "Sugar Boats," roused the masses with its lilting sea-shanty vibe.

But not all new-music teases were well received, as other unreleased track "Shit in Your Cut" seemed to lose everyone's interest; people steadily filed for the washrooms or engaged in conversation at that point. 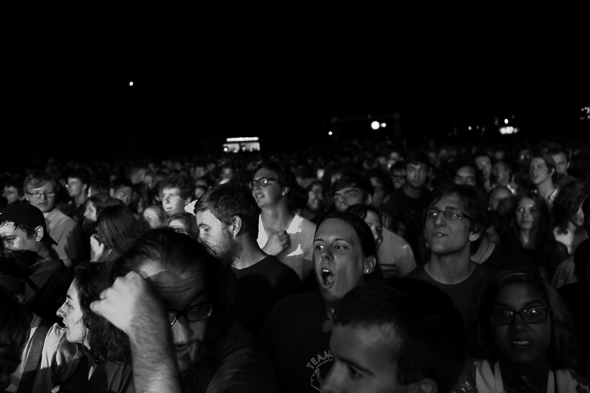 Maybe the lack of engagement with new stuff signals a growing restlessness in Modest Mouse fans, who've been teased with rumours of a new album for years now. But by the time the band closed their encore with "The Good Times Are Killing Me," any frustration had clearly been quelled by an exceptionally powerful performance, a clear demonstration of big-league artists still at the top of their game.

One attendee, who saw me not-so-surreptitiously writing things on a notepad throughout the night, pulled me aside right after the stage dimmed: "Make sure you write 'best fuckin' show ever' in your review." Done.